Kim Min Jae and Kim Sang Kyung will receive an unexpected visit from the king on the next episode of “Poong, The Joseon Psychiatrist“!

Based on the novel of the same name, “Poong, The Joseon Psychiatrist” is a tvN drama starring Kim Min Jae as Yoo Se Poong, a well-known internal medicine doctor who gets expelled from the royal court after getting caught up in a conspiracy. When he meets Seo Eun Woo (Kim Hyang Gi) and Gye Ji Han (Kim Sang Kyung) in the strange and beautiful village of Gyesu, he works to become a true doctor who heals the heart.

On the previous episode of “Poong, The Joseon Psychiatrist,” Yoo Se Poong figured out the truth behind what initially appeared to be an outbreak of a contagious disease. After tracking down the antidote described in the Haedongboncho, Yoo Se Poong put his own life in danger to test the cure himself—and ultimately wound up saving the day.

In newly released stills from the drama’s upcoming episode, Yoo Se Poong and Gye Ji Han get into an argument over the Haedongboncho. As he angrily clutches the book in one hand, Yoo Se Poong demands answers from Gye Ji Han about why he’s so determined to keep everything related to the Dansacho plant a secret. 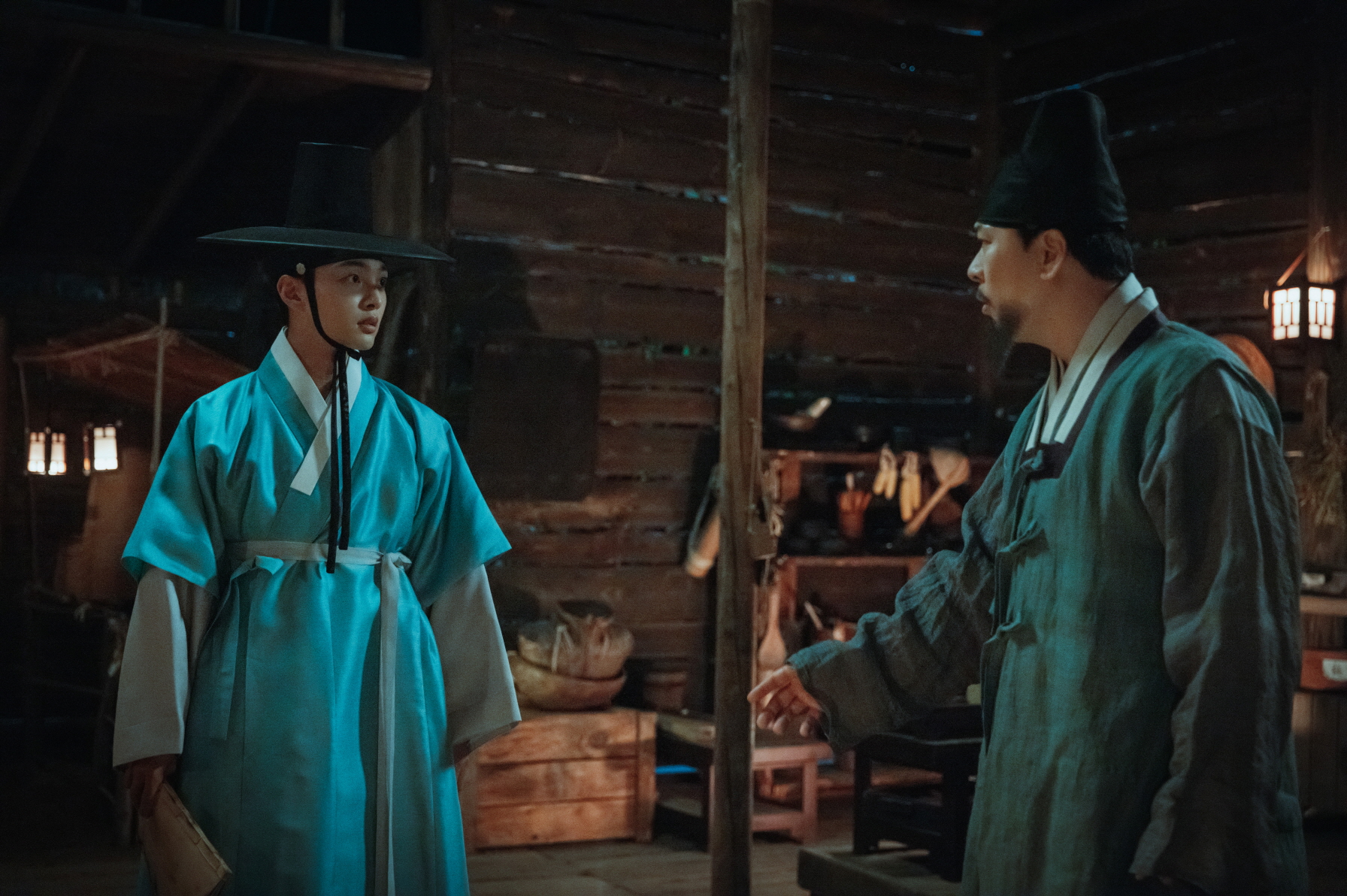 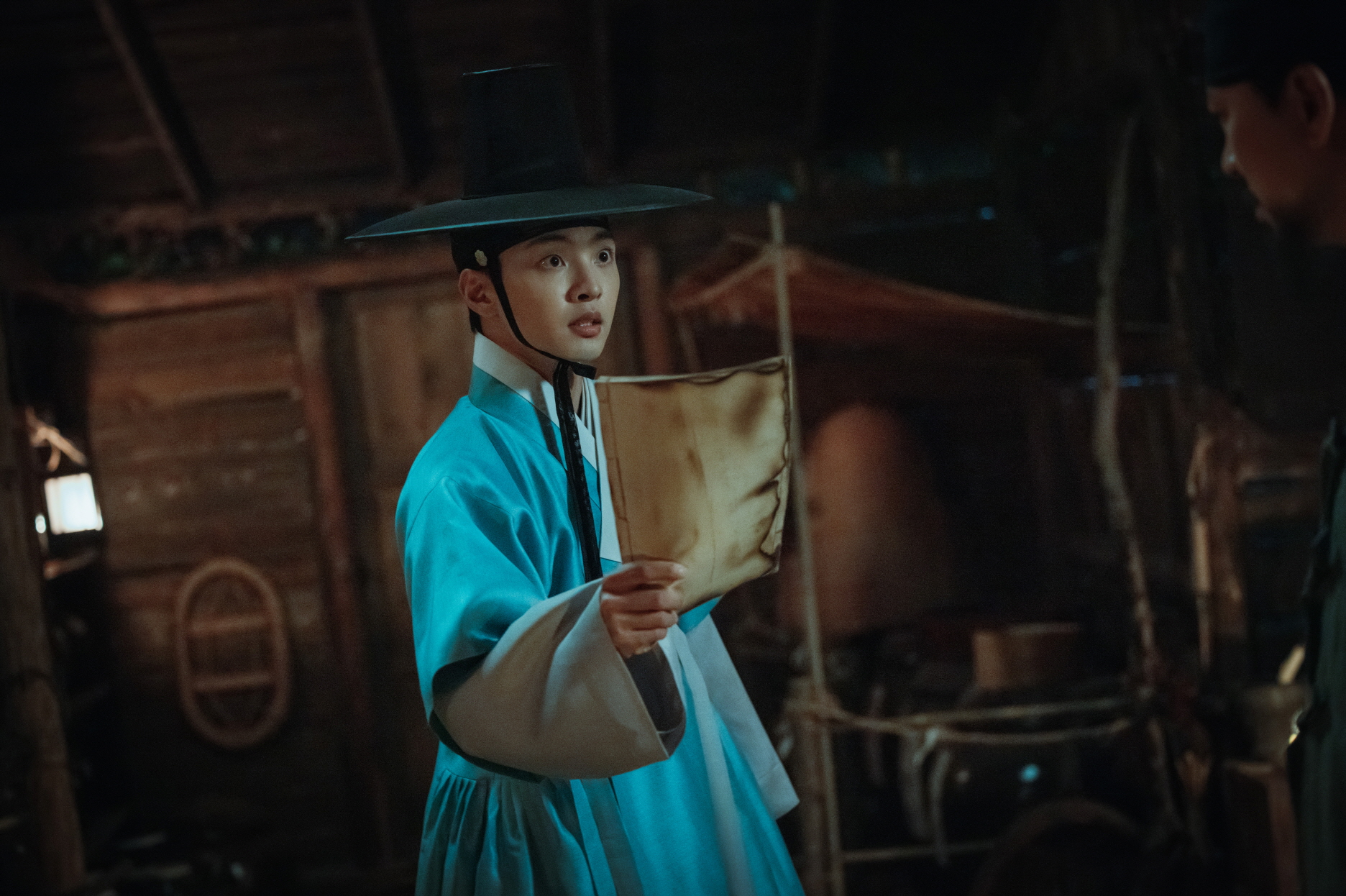 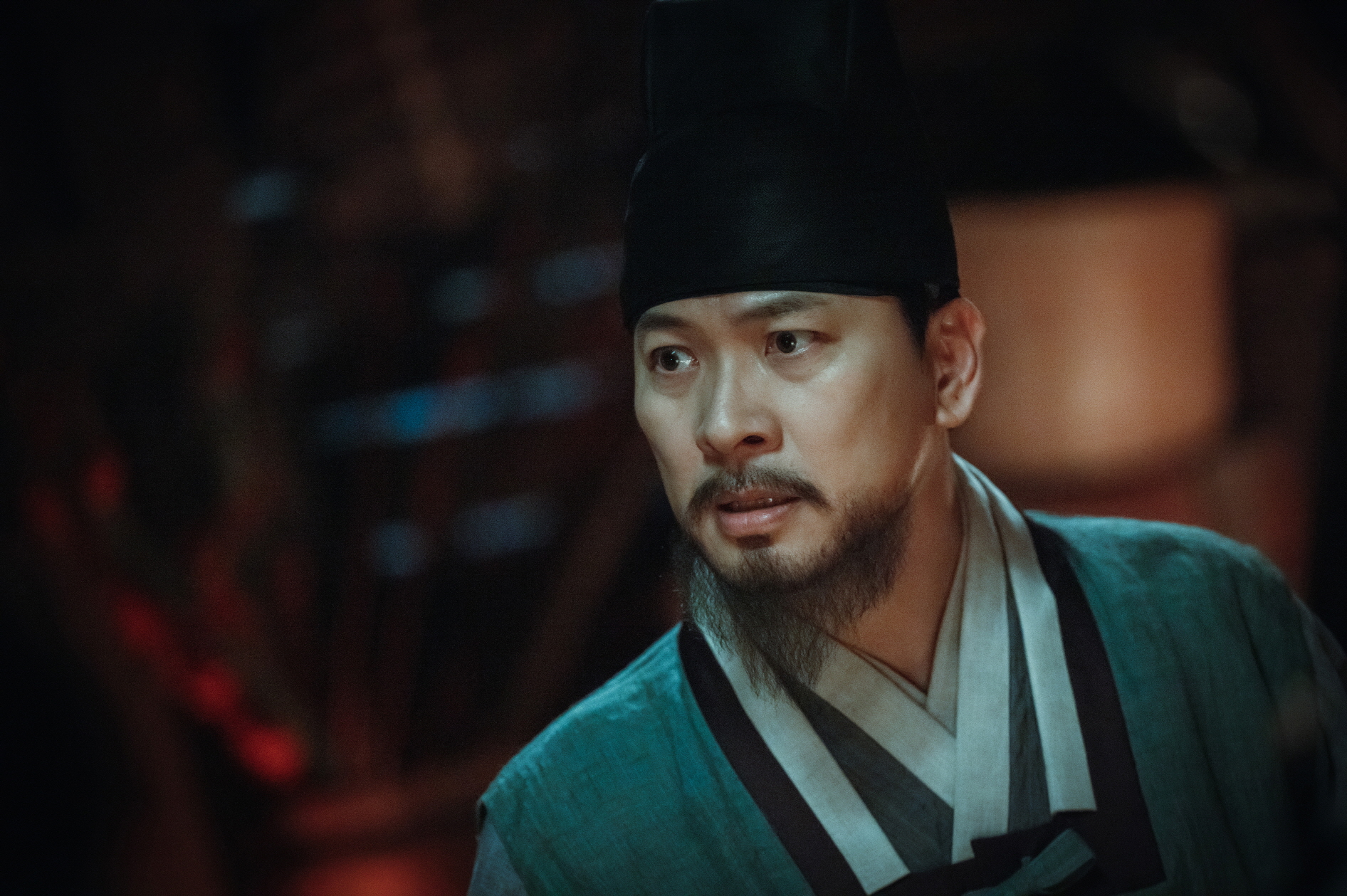 On top of the rising tension between them, another surprise lies in wait for the two doctors: an unexpected visit from the king himself (Oh Kyung Joo).

While the nervous Yoo Se Poong is so startled by the visit that he even needs to have Gye Ji Han take his pulse, Gye Ji Han couldn’t be less fazed. In fact, he truly earns his title of “oddball doctor” by even going so far as to recklessly wave his finger at the king—while Yoo Se Poong looks on in horror at the casual show of disrespect. 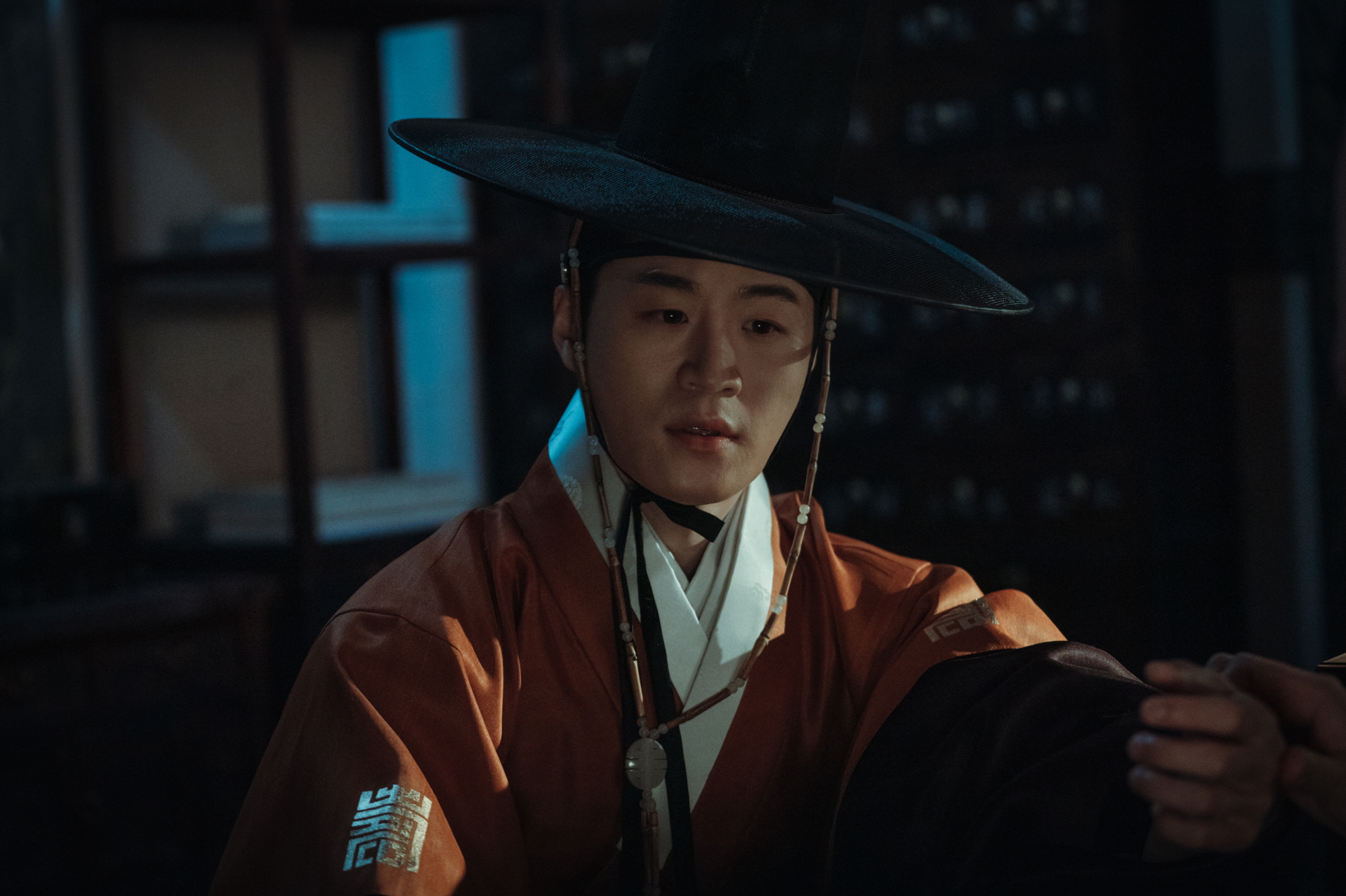 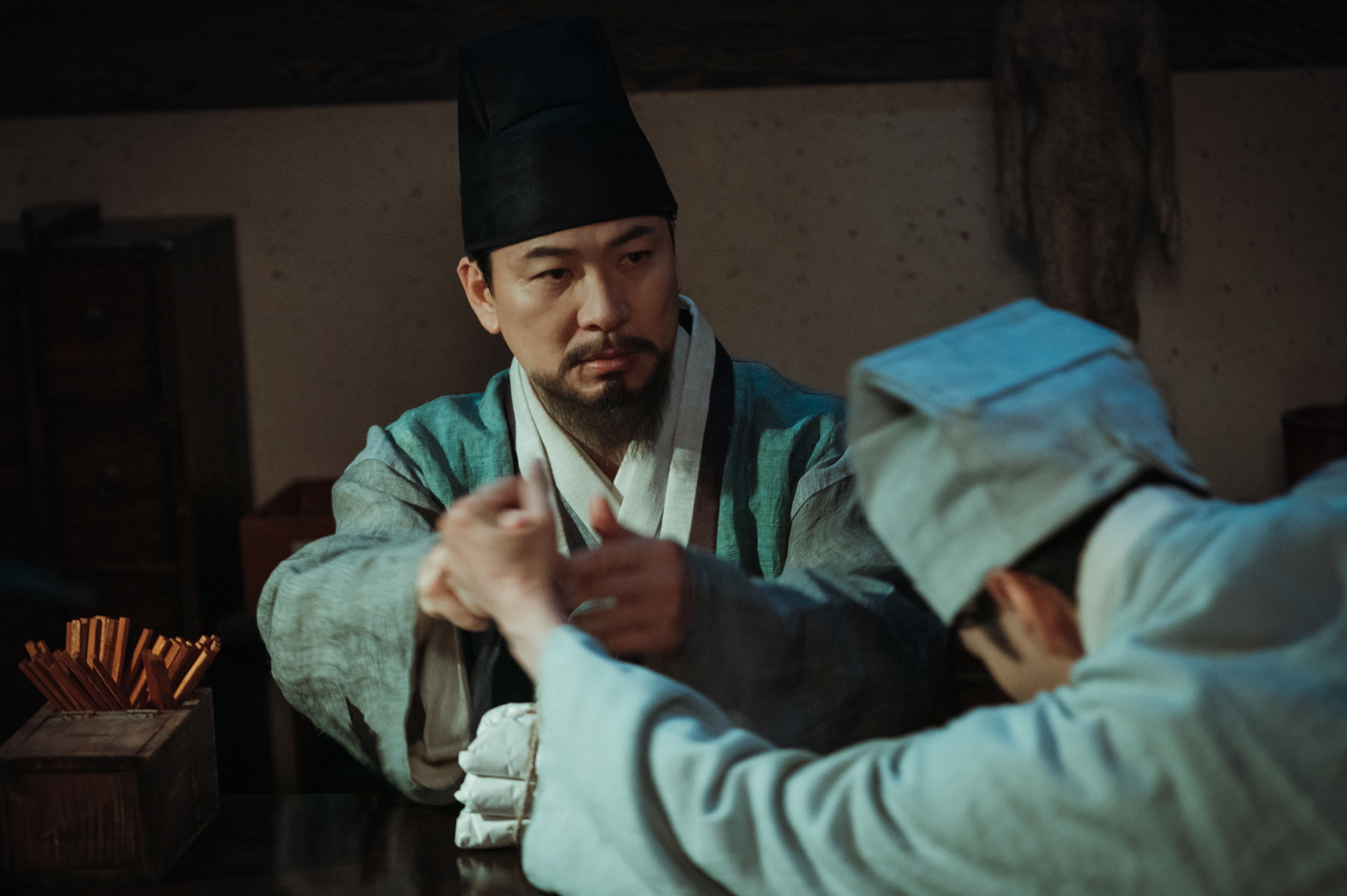 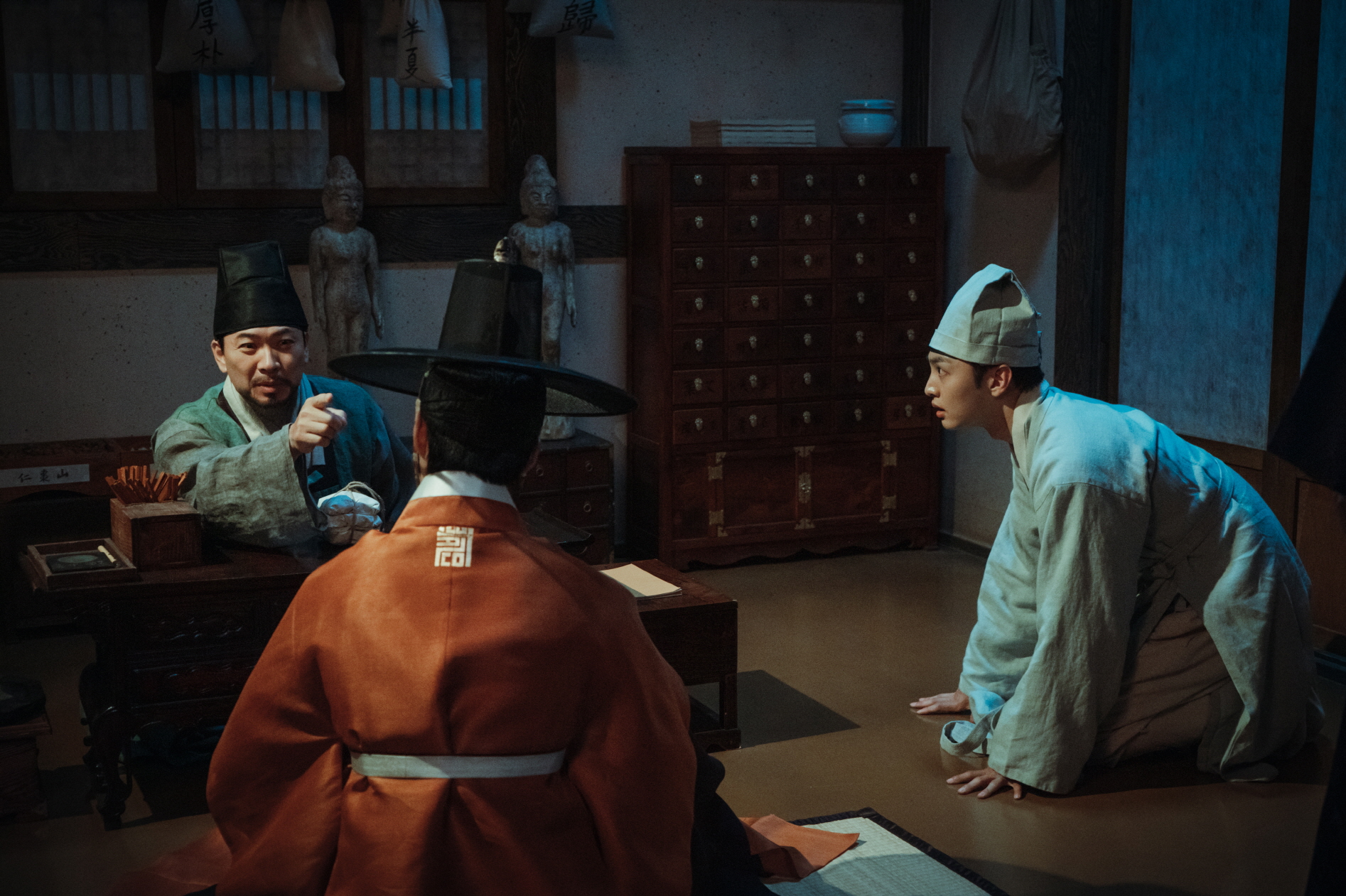 The producers of “Poong, The Joseon Psychatrist” teased that Yoo Se Poong will uncover the secret of the Dansacho plant in the upcoming episodes, remarking, “Yoo Se Poong is getting closer to the truth of that day. As the king who exiled Yoo Se Poong makes his entrance, the story will reach a turning point.”

To find out why the king has sought out the two doctors—and what his arrival will mean for Yoo Se Poong—tune in to the next episode of “Poong, The Joseon Psychatrist” on August 29 at 10:30 p.m. KST!