tvN has unveiled a fun set of posters for its upcoming drama “Love in Contract“!

Park Min Young will star as professional fake wife Choi Sang Eun, who finds herself caught between longtime client Jung Ji Ho (Go Kyung Pyo)—with whom she has a long-term exclusive contract for Mondays, Wednesdays, and Fridays—and newcomer Kang Hae Jin (Kim Jae Young), who wants to sign a contract with her for Tuesdays, Thursdays, and Saturdays.

With Choi Sang Eun fully booked for six out of seven days of her week, it remains to be seen with which client she’ll choose to spend Sunday—her one day off.

The first poster introduces viewers to Choi Sang Eun’s long-term contract husband, the mysterious Jung Ji Ho. Despite pretending to be his wife three times a week for the past five years, Choi Sang Eun knows nothing about Jung Ji Ho’s identity or what he does for a living.

Just like his identity, Jung Ji Ho’s expression proves impossible to read in their poster: even as Choi Sang Eun affectionately embraces him from behind, the enigmatic client wears a poker face as they pose together for a wedding shoot.

Jung Ji Ho’s caption reads, “Monday, Wednesday, and Friday evenings are spent with me,” while Choi Sang Eun’s tagline cheerfully reads, “I only do marriage without love!” 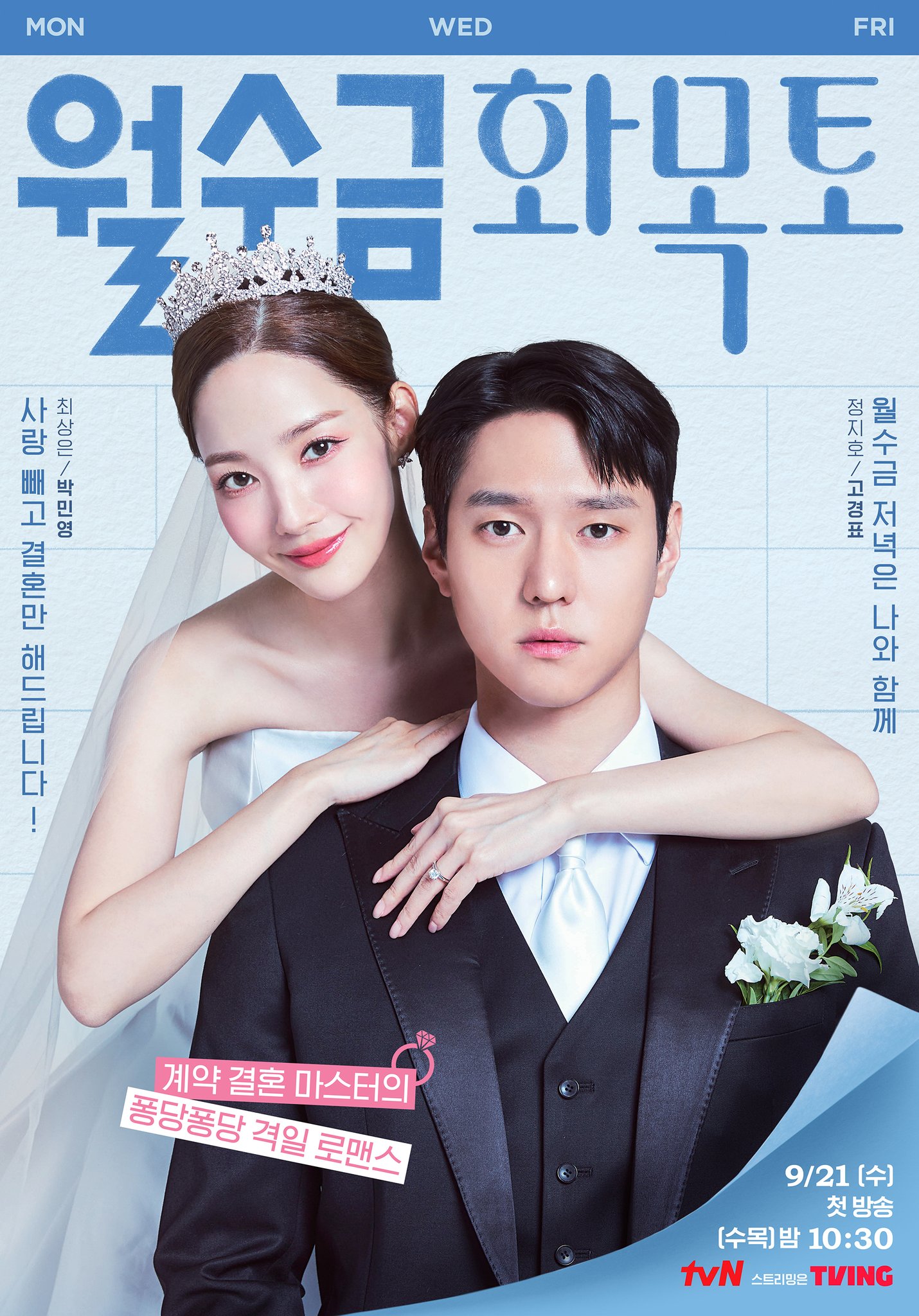 Meanwhile, Choi Sang Eun displays a very different kind of chemsitry with her new contract husband Kang Hae Jin, an A-list star who is also the youngest son of a chaebol family.

In contrast to the stiff and slightly formal dynamic shared by her and Jung Ji Ho, the playful Kang Hae Jin boldly pulls his fake wife close as they pose for their wedding photos. His assertive attitude manages to catch even the seasoned professional Choi Sang Eun off guard, and she appears slightly flustered as she holds onto her bouquet. 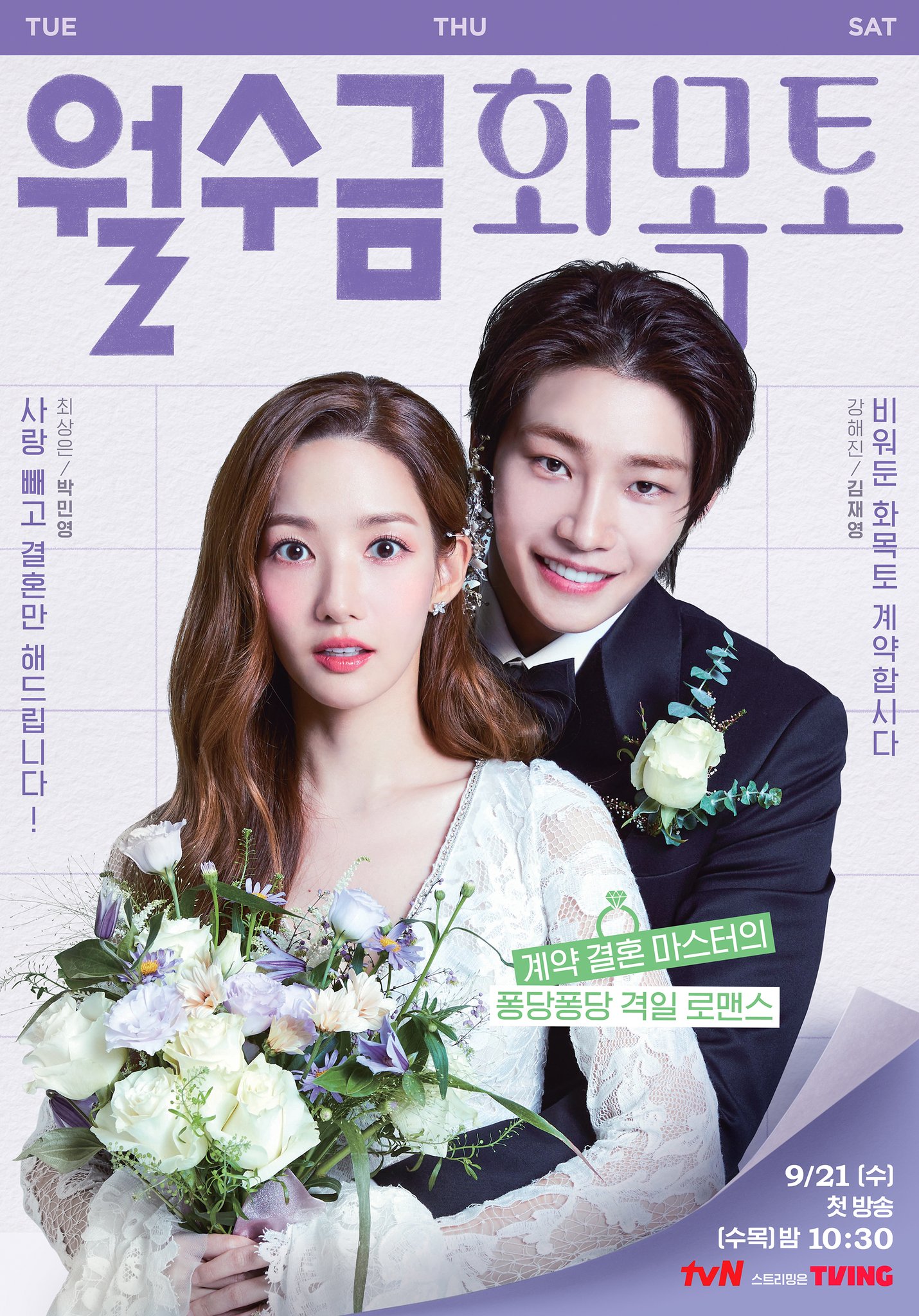 Finally, a third poster pits the two romantic rivals against one another, with the caption reading, “Forget marriage, when do we get to love?” 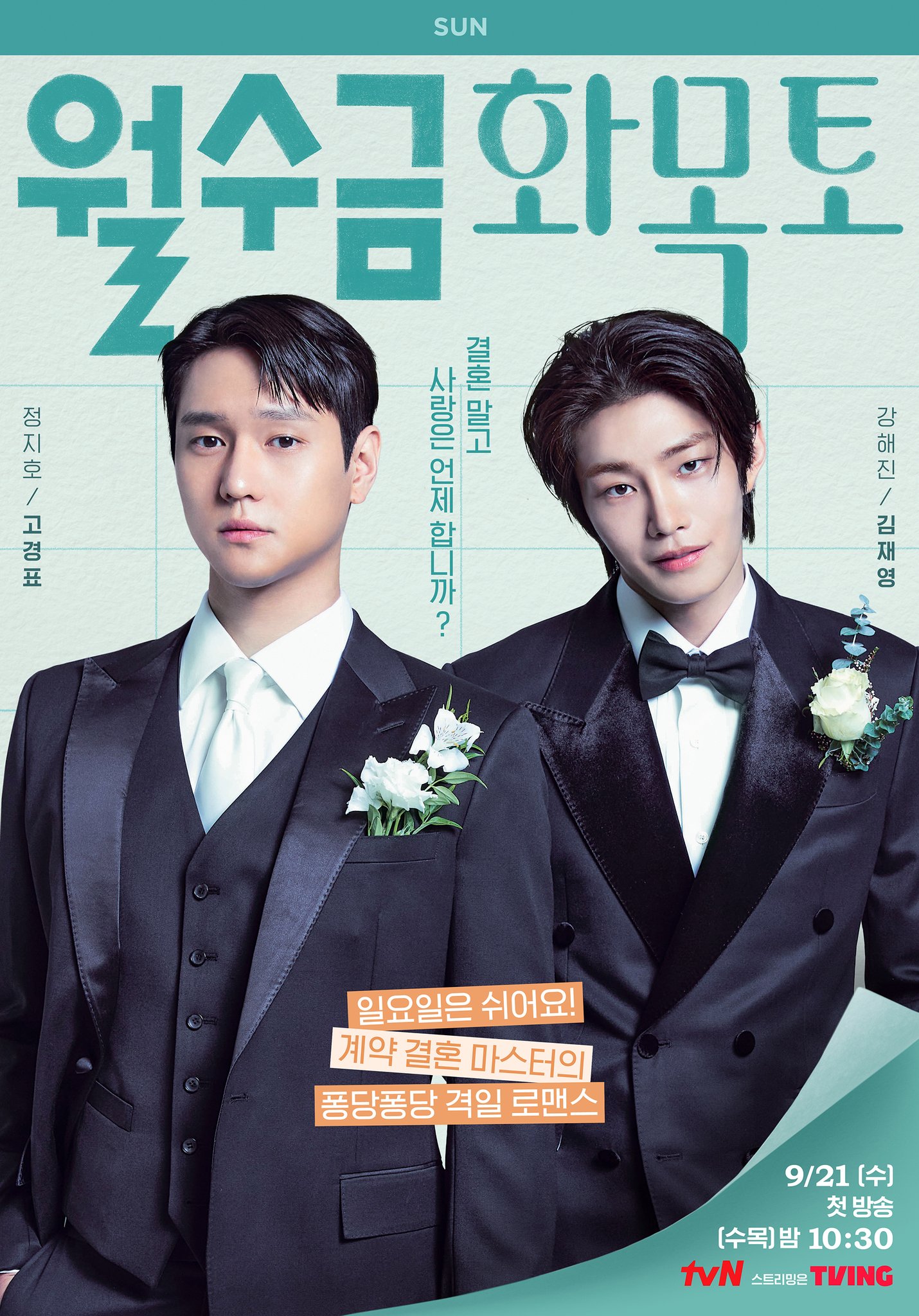