It’s time for Ji Chang Wook to say goodbye to Team Genie in the upcoming episode of “If You Wish Upon Me”!

Girls’ Generation’s Sooyoung stars in the drama as Seo Yeon Joo, a tough and cheerful nurse at the hospice who is obsessed with exercise, while Sung Dong Il plays Kang Tae Shik, the volunteer chief of Team Genie.

Previously, Yoon Gyeo Re expressed his distrust towards Kang Tae Shik because he saw the older man receive money from a patient’s family and get involved in a fight with gangsters. On the other hand, Kang Tae Shik tried to keep Yoon Gyeo Re by his side, and he even wondered if telling the truth about their secret connection would do the trick.

On August 30, the drama shared stills of Yoon Gyeo Re’s farewell party. The members of Team Genie hold a small celebration for him as his community service hours are up. Yoon Gyeo Re is flustered by the unexpected gesture, and his expression is filled with disappointment, piquing curiosity about how he truly feels about leaving the hospice. Seo Yeon Joo, who straightforwardly expressed her feelings for Yoon Gyeo Re, looks at him with a gloomy expression. Kang Tae Shik, Yeom Soon Ja (Yang Hee Kyung), and Choi Duk Ja (Gil Hae Yeon) previously expressed their desire for him to remain on the team, drawing keen attention to what choice he will make. 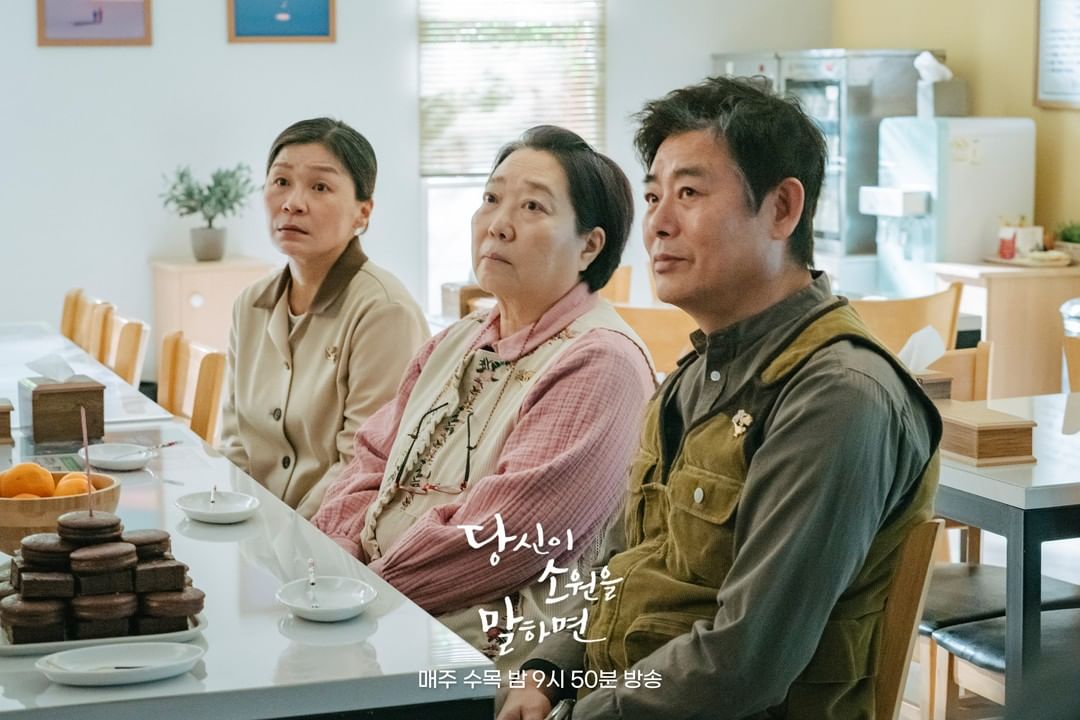 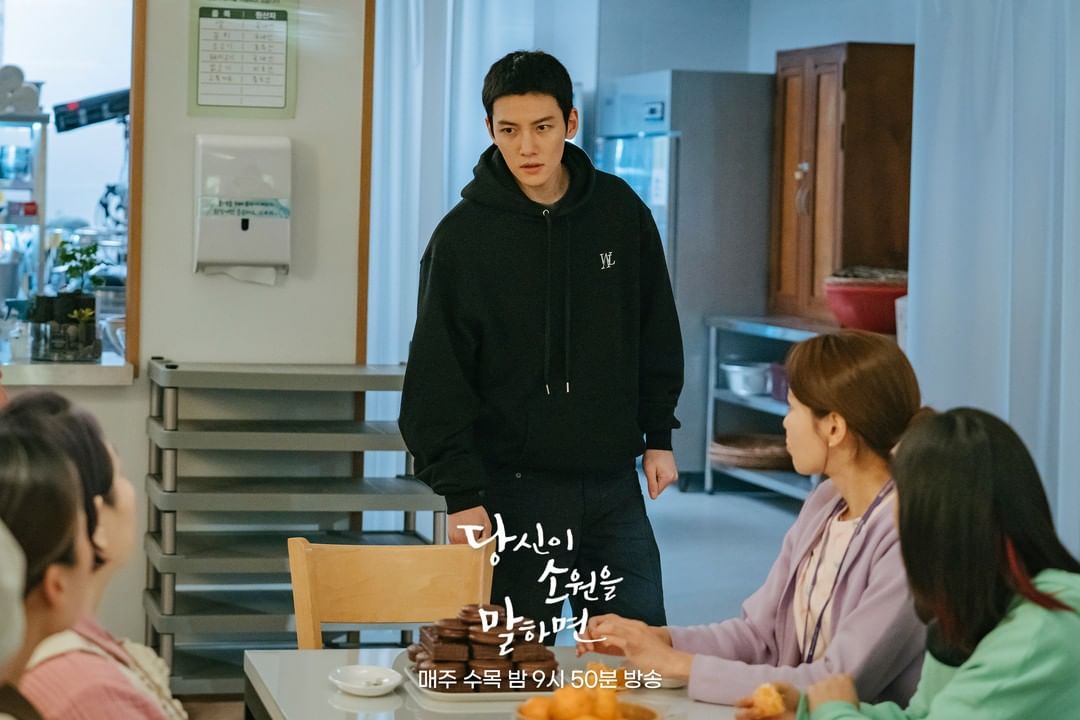 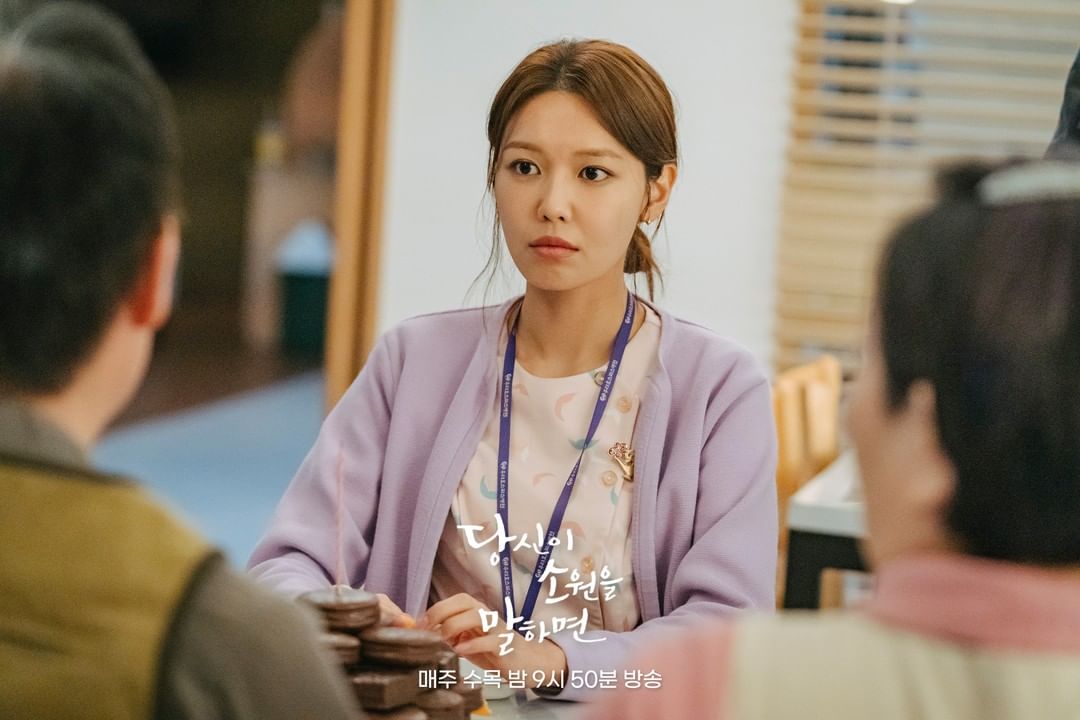 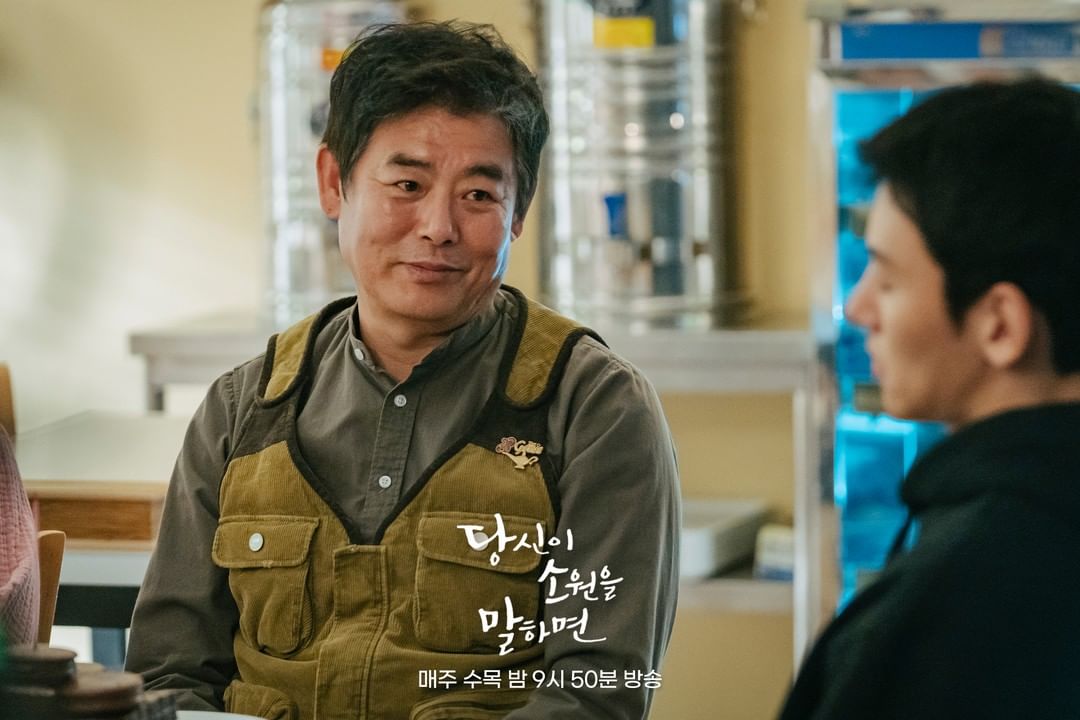 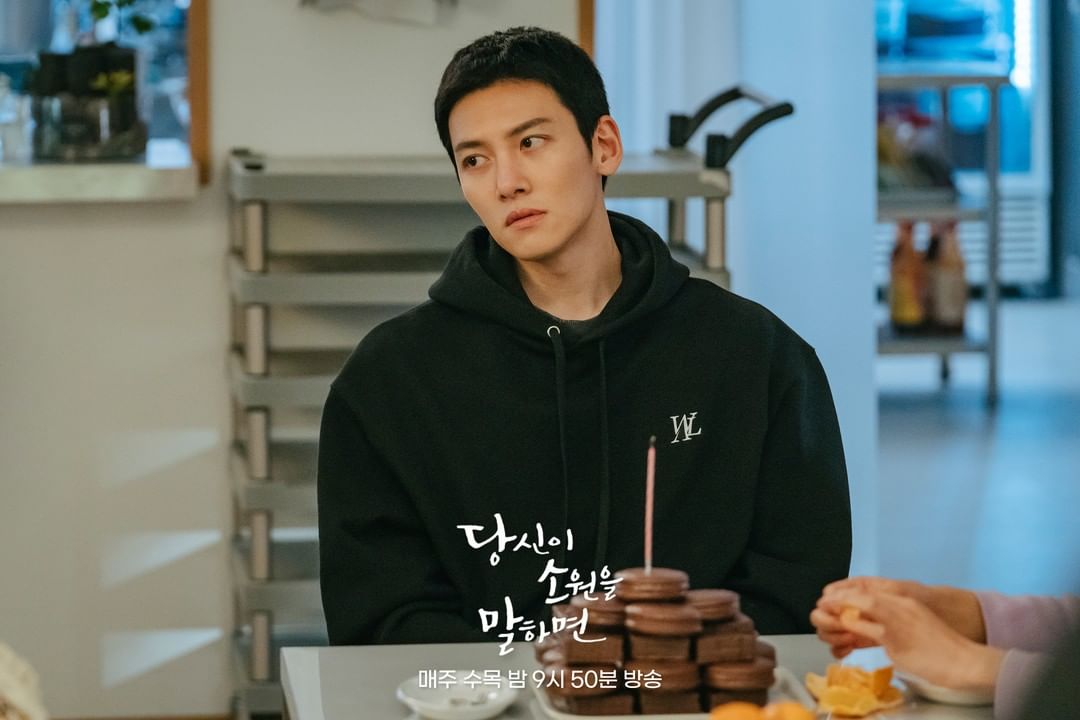 To find out if Yoon Gyeo Re will stay with Team Genie or not, tune in to the next episode of “If You Wish Upon Me” that airs on August 31 at 9:50 p.m. KST.