Exclusive Interview: Ji Chang Wook, Sooyoung, And Won Ji An Talk “If You Wish Upon Me,” Future Drama Roles, Vacation Spots, And More

The main cast members of “If You Wish Upon Me” have taken time for a special interview with Soompi!

“If You Wish Upon Me” is a drama inspired by an actual organization in the Netherlands that fulfills the wishes of terminal cancer patients. Ji Chang Wook stars as Yoon Gyeo Re, a man who has been pushed to his limits by a difficult life full of struggles. However, when Yoon Gyeo Re winds up having to volunteer at a hospice, he finds his life changing in unexpected ways while helping to make the patients’ wishes come true. Girls’ Generation’s Sooyoung plays the hospice hospital’s nurse Seo Yeon Joo, while Won Ji An plays Ha Jun Kyung, who grows obsessed with Yoon Gyeo Re after he lends her a helping hand for the first time in her life.

Check out our exclusive interview with the actors below:

What were your first impressions of the “If You Wish Upon Me” script?

Ji Chang Wook: I thought, “I’ve always wanted to work on a story like this. It’s a story I want to do.”

Sooyoung: I thought that it is a drama with a really heartwarming story. Although the drama deals with the subject of death, it focuses on a warm and hopeful message rather than uneasiness and darkness, so I thought that it would become a great drama.

Won Ji An: I felt that it is a very heartwarming and interesting story. 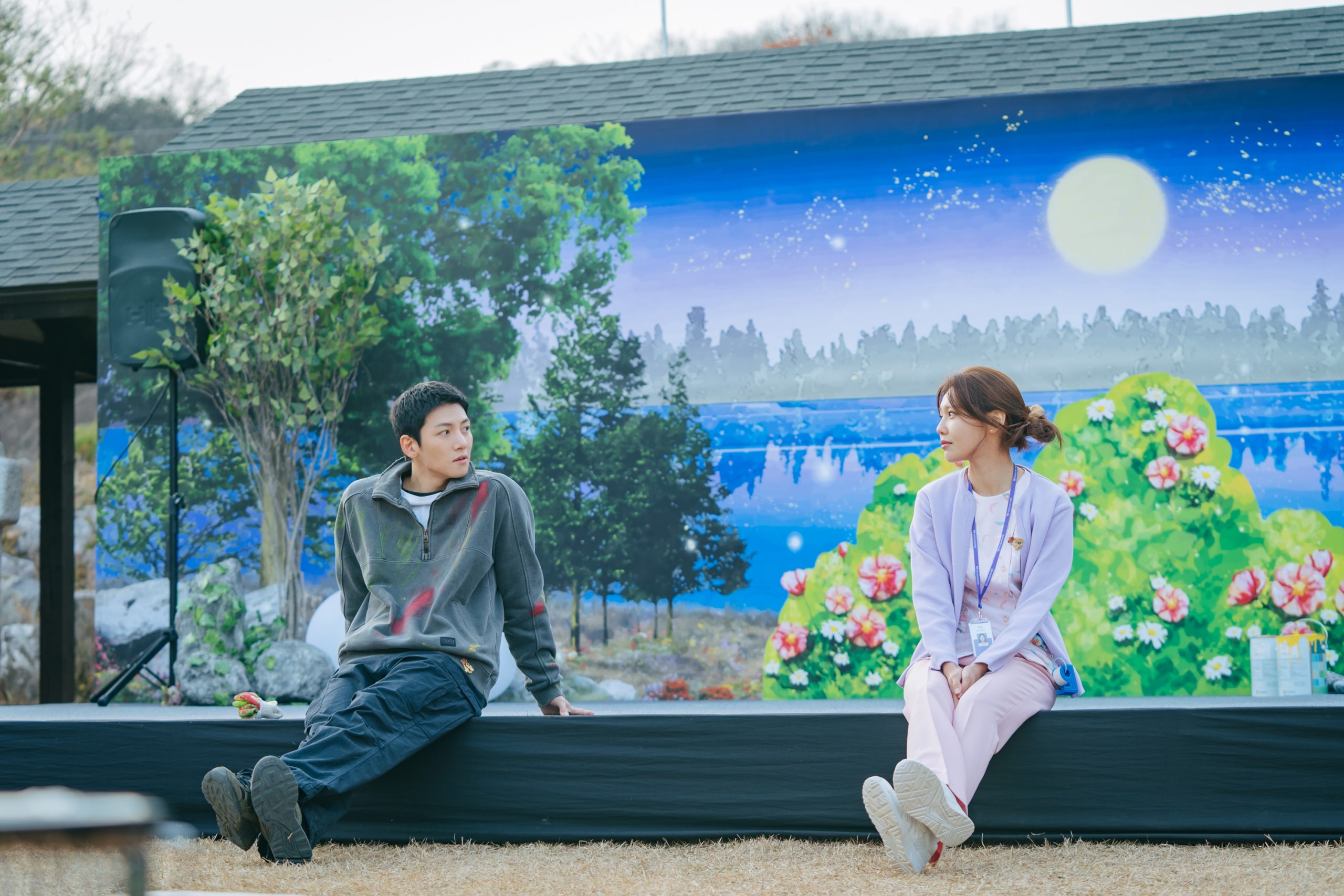 What were your first impressions of each other, and how have they changed?

Ji Chang Wook: I’ve heard a lot of praise about Choi Sooyoung from people around me. Actually meeting her in person, she is cool and has a really great personality. She is also a wonderful actress. Not only her acting, but even her attitude on set makes her a colleague that I have a lot to learn from. As for Won Ji An, I was impressed when I saw her in the drama “D.P.” In person, she is polite and hard-working on set. She has various strengths and charms as an actress.

Sooyoung: When I first met Chang Wook, he seemed a bit shy, but now we are very close and comfortable with each other, and I have felt that he is someone who is really considerate and thinks of others. As for Ji An, she didn’t talk much at first, but the more I get to know her, I feel that she is a really entertaining person.

Won Ji An: My first impressions of them haven’t really changed! They are still shining.

Did you study or prepare anything specifically for this role?

Ji Chang Wook: Rather than studying, I prepared a lot for the character itself. I lost a lot of weight and put much consideration into the styling and clothing to reflect the natural style [of the role]. I also thought a lot about the character’s emotions.

Sooyoung: As Yeon Joo is a character who works out a lot, even my first scene included me exercising. I thought that I had to get in better shape, so I worked out a lot.

Won Ji An: Since my role requires a lot of unhealthy behavior, I tried to maintain a healthy lifestyle when not filming. 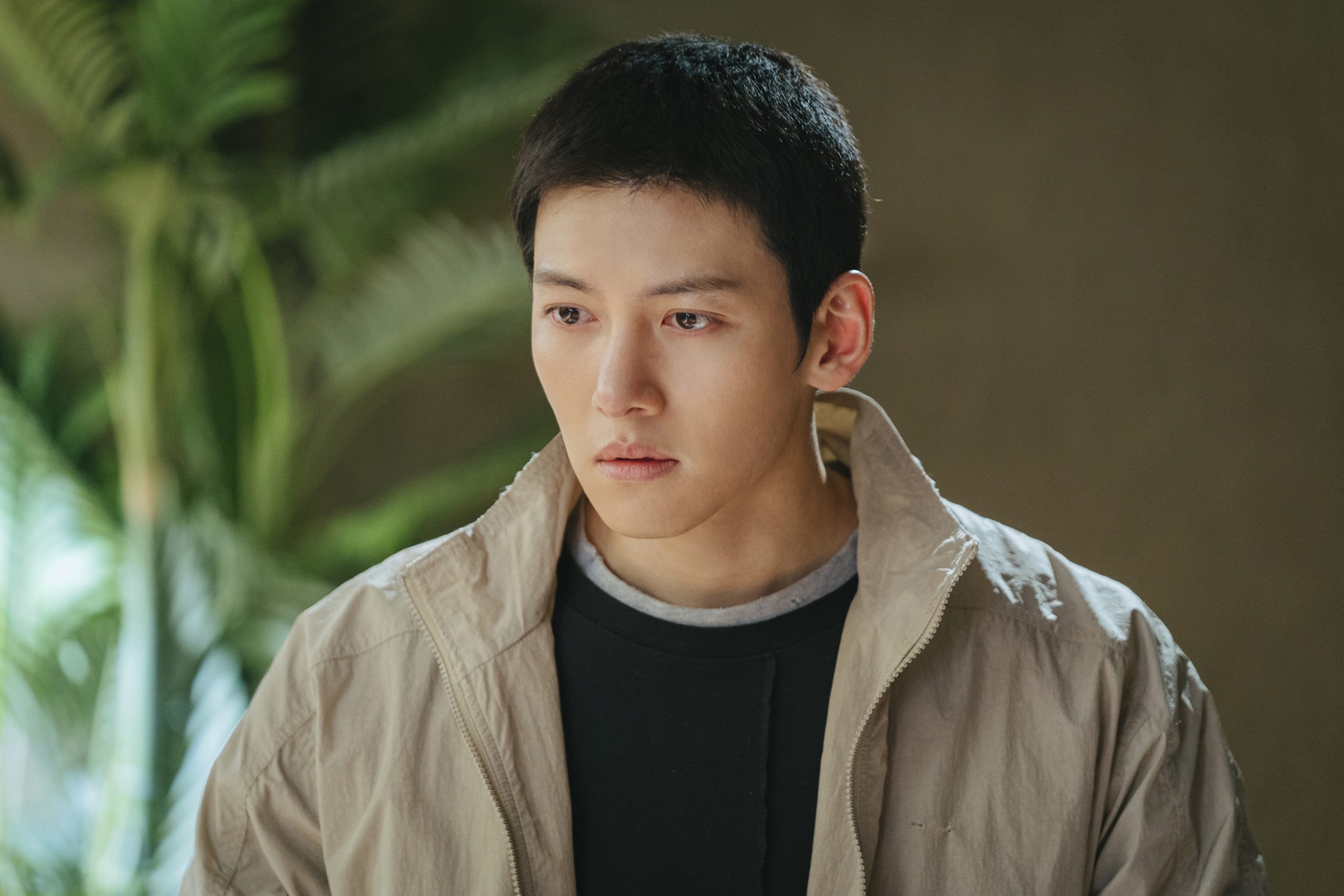 What is the most difficult aspect of acting out this character?

Ji Chang Wook: The story about death is connected to the character, but I wanted to convey [the story] with warmth rather than making it just complicated and dark. It was difficult figuring out how to touch readers with warm emotions rather than just the sadness that I feel.

Sooyoung: I think having to exercise was the most difficult part. I don’t have to show my body, but my arms do show in the scenes. In order for my arm muscles to show up nicely, I had to drink less water and manage my diet. Since it was my first time managing a diet, there were some difficulties, but I think I got through it well.

Won Ji An: My character becomes more difficult if I think too deeply, but I think at some point I did fall into deep thoughts. Whenever that happened, I remember trying to think more clearly and simply.

What do you usually do during breaks on set?

Sooyoung: I spent time joking around and talking with my colleagues and senior actors. The atmosphere on set was so great. Rather than just resting in the waiting room, I tried to maintain my energy by continuously talking and laughing.

Won Ji An: I read my script for the next scene, listen to music, or chat with my manager. But I don’t sleep!

What are the most important factors that you take into consideration when accepting an acting project?

Ji Chang Wook: These days, I think about whether this is a story that I really want to tell people as an actor and as the person Ji Chang Wook. I consider whether it is a project that I can enjoy working on when on set.

Sooyoung: If the script is enjoyable, my heart follows. I think it is also important to know what kind of people I am working with.

Won Ji An: It’s about whether I feel attracted to this project or not. 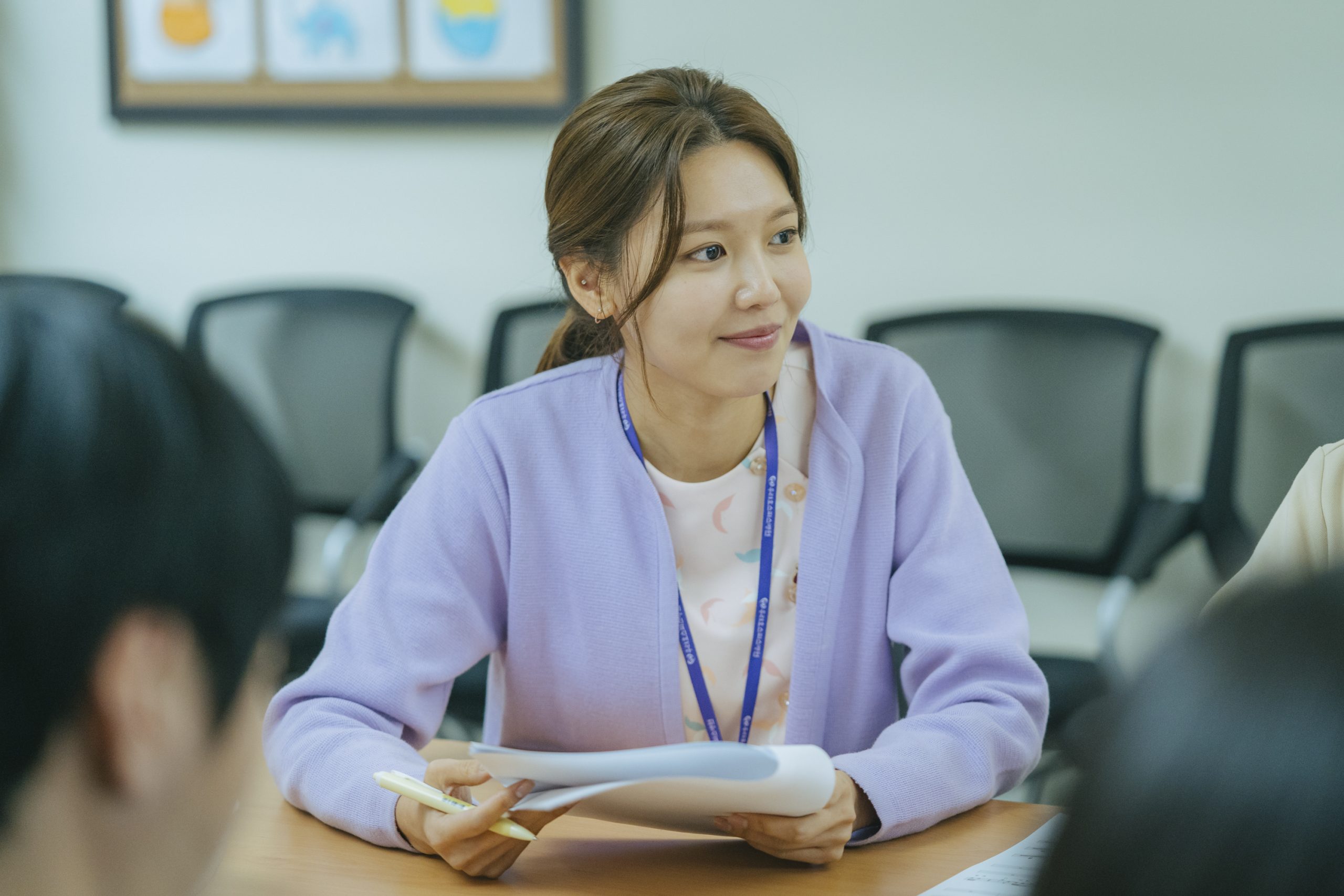 Do you have your own way of getting closer to your co-stars when beginning a new project?

Ji Chang Wook: My personality is introverted by nature, and it is difficult for me to approach other people. However, rather than sticking to my personality while working as an actor, I try to fool around with others first and make them feel comfortable. Because my first impression can seem somewhat cold and intense, I try to approach others first as much as possible and break the preconceptions about me. I wait for the people who sometimes have trouble approaching me, and I try my best to become closer to them since we are working together.

Sooyoung: I tend to ask them out for a meal. I feel that we become closer by talking about this and that while eating together. Also, I think sharing opinions through script readings helps us understand each other.

Won Ji An: I’m not so sure either because I don’t have much experience yet, but I first start off with an energetic greeting.

What is a job you haven’t acted out yet that you would like to try for a role in the future?

Ji Chang Wook: An astronaut is what comes to my mind right now. Or a professional doctor? A pilot? I think it would be fun to try a profession that I have not experienced before. Being an actor, I can indirectly experience [occupations], so there are many roles I would like to try. Whenever I skim through scenarios, I always think that there is a lot I want to try.

Sooyoung: While acting as a nurse this time, I thought that I want to try a doctor role. Or I also want to try some specialized jobs such as a lawyer.

Won Ji An: I am someone with a lot of curiosity, so if I can, I would like to try the role of an adventurer. 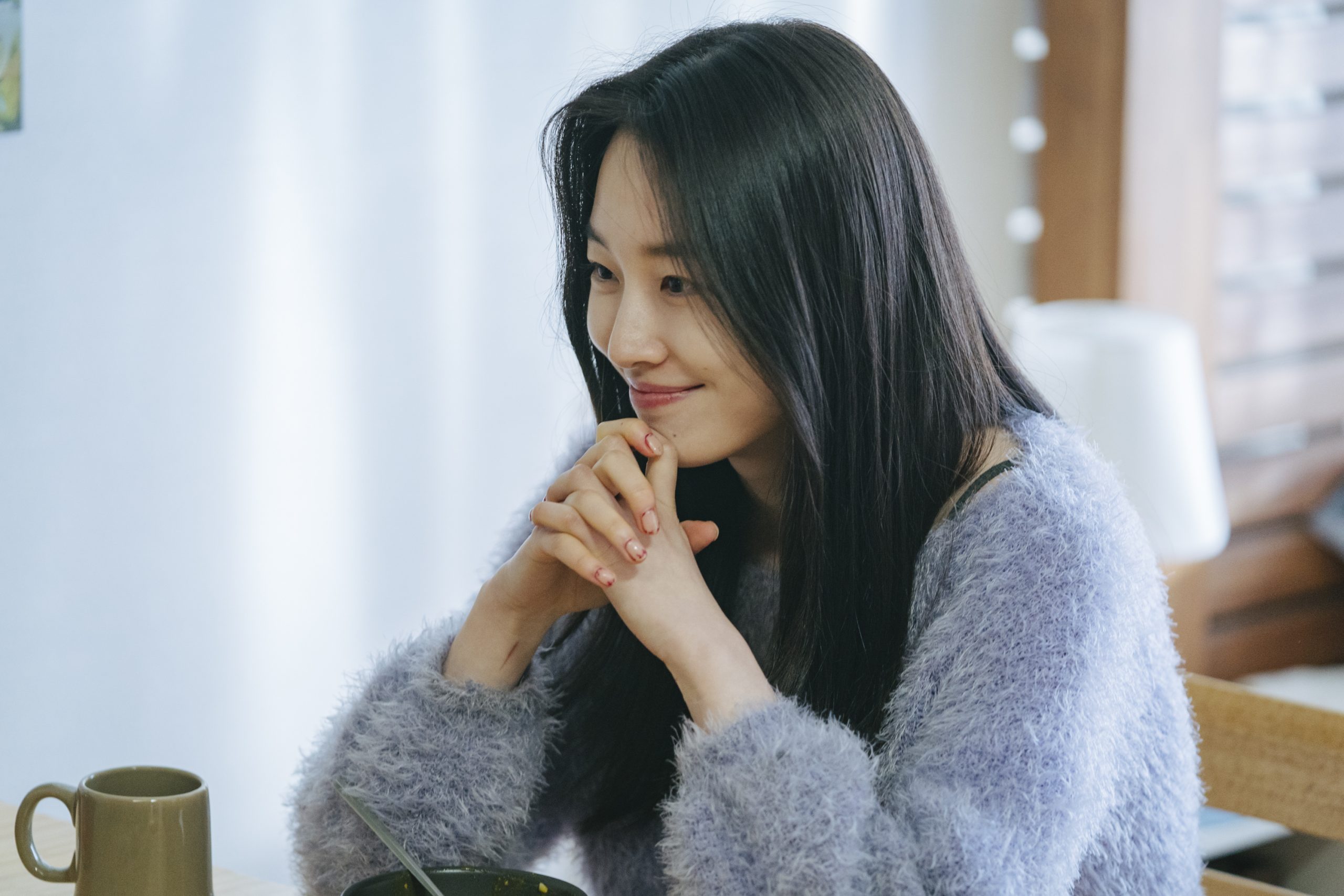 Besides your own, what is a drama you have enjoyed watching recently?

Sooyoung: “The Sound of Magic”

Won Ji An: “My Liberation Notes” and “Euphoria.”

What music do you enjoy listening to these days?

Sooyoung: Bruno Mars. I listen to his music to gain energy when I’m feeling down.

Won Ji An: Recently, “Invitation To Me” (Jung Kyung Hwa).

If you could travel anywhere in the world right now, where do you want to go?

Ji Chang Wook: I would love to go anywhere. Somewhere close like Japan or Southeast Asia, farther away places like the United States or Europe, wherever. Ah, I haven’t been to Europe much. I’ve been there about two or three times for filming. I want to turn off my cell phone and see an aurora and would just like to travel anywhere.

Sooyoung: I want to go to Paris. I went to a resort destination recently, but it made me think that I want to enjoy the bustling atmosphere of a city.

Won Ji An: Mongolia. I also want to go to the Sahara Desert!

Ji Chang Wook: Many people are tired from the COVID-19 situation, but I hope that “If You Wish Upon Me” will bring warmth again to your exhausted hearts. I hope you will show lots of love for this drama. I am always working hard thanks to your support from afar. Thank you.

Sooyoung: There are unbelievably few opportunities to go see international fans. I feel so sorry and miss you, but I am glad I can greet you like this through “If You Wish Upon Me.” Please show lots of interest and anticipation for my personal activities, Girls’ Generation activities, and also “If You Wish Upon Me,” and I really hope we can meet in person soon.

Won Ji An: “If You Wish Upon Me” is a heartwarming drama. I hope you enjoy the warmth and have fun!

Watch “If You Wish Upon Me” with subtitles below:

Girls' Generation
Soompi Spotlight
Ji Chang Wook
Sooyoung
Won Ji An
If You Wish Upon Me
How does this article make you feel?