TWICE’s Sana and Jihyo have revealed which rookie groups they want to become friends with!

On August 31, the two TWICE members appeared as guests on the SBS Power FM radio show “Wendy’s Young Street,” which is hosted by Red Velvet‘s Wendy.

During the show, a listener sent in a question asking, “Now that you’re already in your seventh year as TWICE, you guys have a lot of juniors in the industry. Are there are any junior singers you want to get closer to?”

Sana immediately replied with an excited laugh, “NewJeans!” and Jihyo agreed, “NewJeans is so cute.”

Jihyo went on to add enthusiastically, “I also really like IVE.” 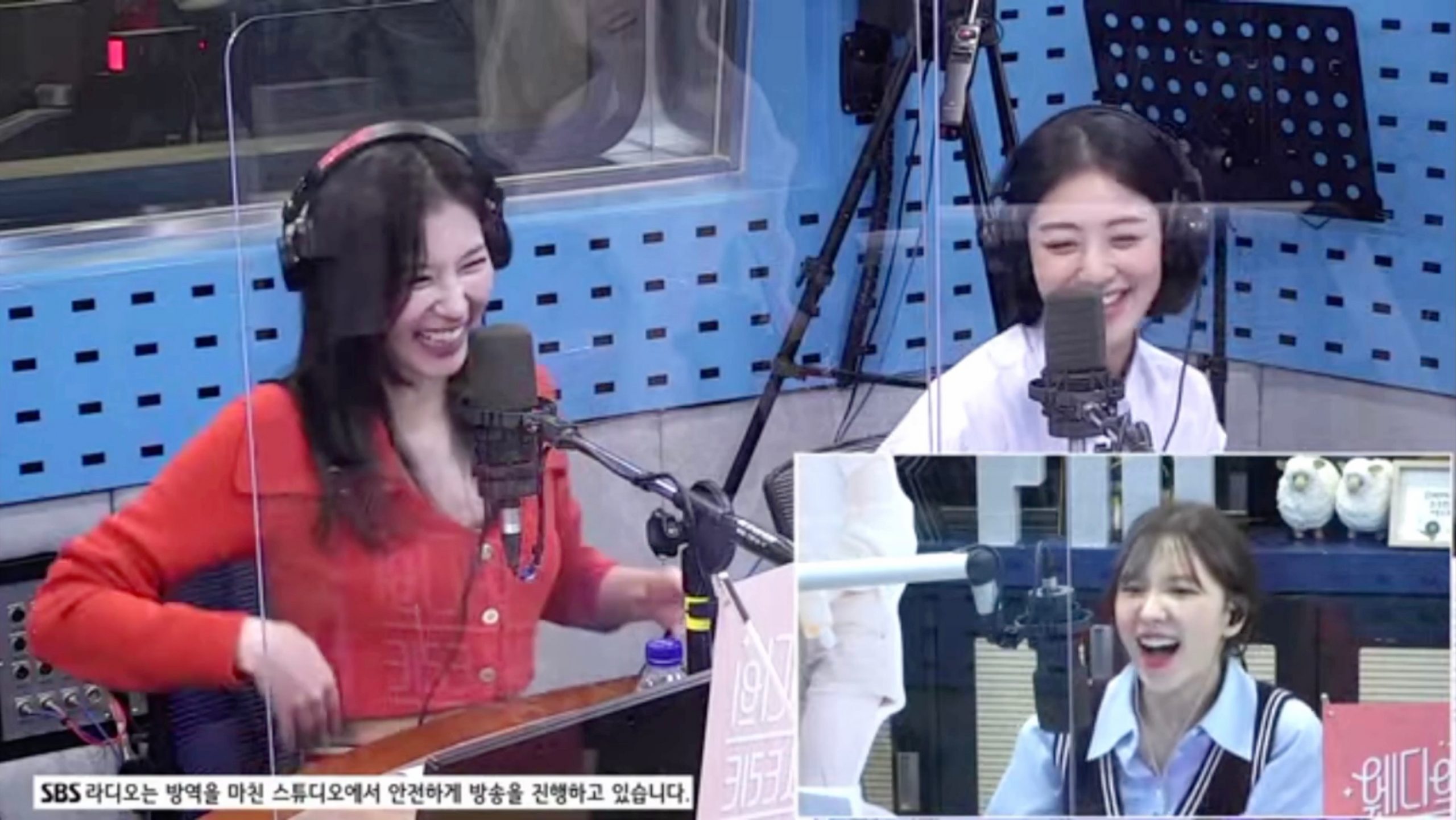 Wendy mused, “There are so many [new artists] these days,” to which Jihyo responded by explaining why NewJeans in particular brought out her big-sister instincts.

“There was a something that was a bit of a shock for me,” she said. “My youngest sibling was born in 2008, and there’s a big age gap between us. But there’s a NewJeans member who was born in 2008. So I really felt like she’s my younger sister. And because my youngest sibling is such a baby to me, seeing her already working alongside me like this [at her young age] made me worry, ‘I hope she doesn’t get sick or tired, and I hope she doesn’t go through any struggles.'”

TWICE and NewJeans recently appeared together on SBS’s “Inkigayo,” where they warmed fans’ hearts with their super-cute interactions and their excitement at meeting one another.

It's funny to see Danielle jumping in excitement upon seeing TWICE and moments later Nayeon had the exact same jump after interacting with NewJeans. 😆 pic.twitter.com/lXgZchrql9

OMG Twice Chaeyoung sbn danced Attention and the girls all screamed 🥺 Nayeon got flustered as well by Dani and the rest of Twice were cheering for Newjeans 😭🫶 pic.twitter.com/PJ3hQQmPMM

Watch TWICE and NewJeans on the latest episode of “Inkigayo” below!

TWICE
Sana
Jihyo
IVE
NewJeans
How does this article make you feel?