Upcoming Netflix series “Narco-Saints” has shared an intriguing poster ahead of its premiere!

Yoo Yeon Seok will play David Park, a lawyer who advises Jeon Yo Hwan and acts as the brains of the crime syndicate. Lastly, Taiwanese actor Chang Chen, who has been active in movies such as “Dune,” “The Grandmaster,” and “Crouching Tiger, Hidden Dragon,” will take on the role of Chen Jin, the head of a notorious Chinese gang in Suriname.

The main poster is filled with dangerous pressure as the six characters look ahead with darkened expressions. Jeon Yo Hwan, the drug king who poses as a trusted pastor, looks much too relaxed as the center of power, and in front of him is a pile of money and drugs. There are two people who look out of place though. Kang In Goo is just a normal civilian who was hoping to strike jackpot, but he ends up living in Jeon Yo Hwan’s home and being watched by his men. Choi Chang Ho, who hopes to take down the drug king, promises to protect Kang In Goo, but he’s still expected to face crisis after crisis. In addition, Byun Gi Tae, David Park, and Chang Chen create tension as they are doubtful of Kang In Goo and Choi Chang Ho. 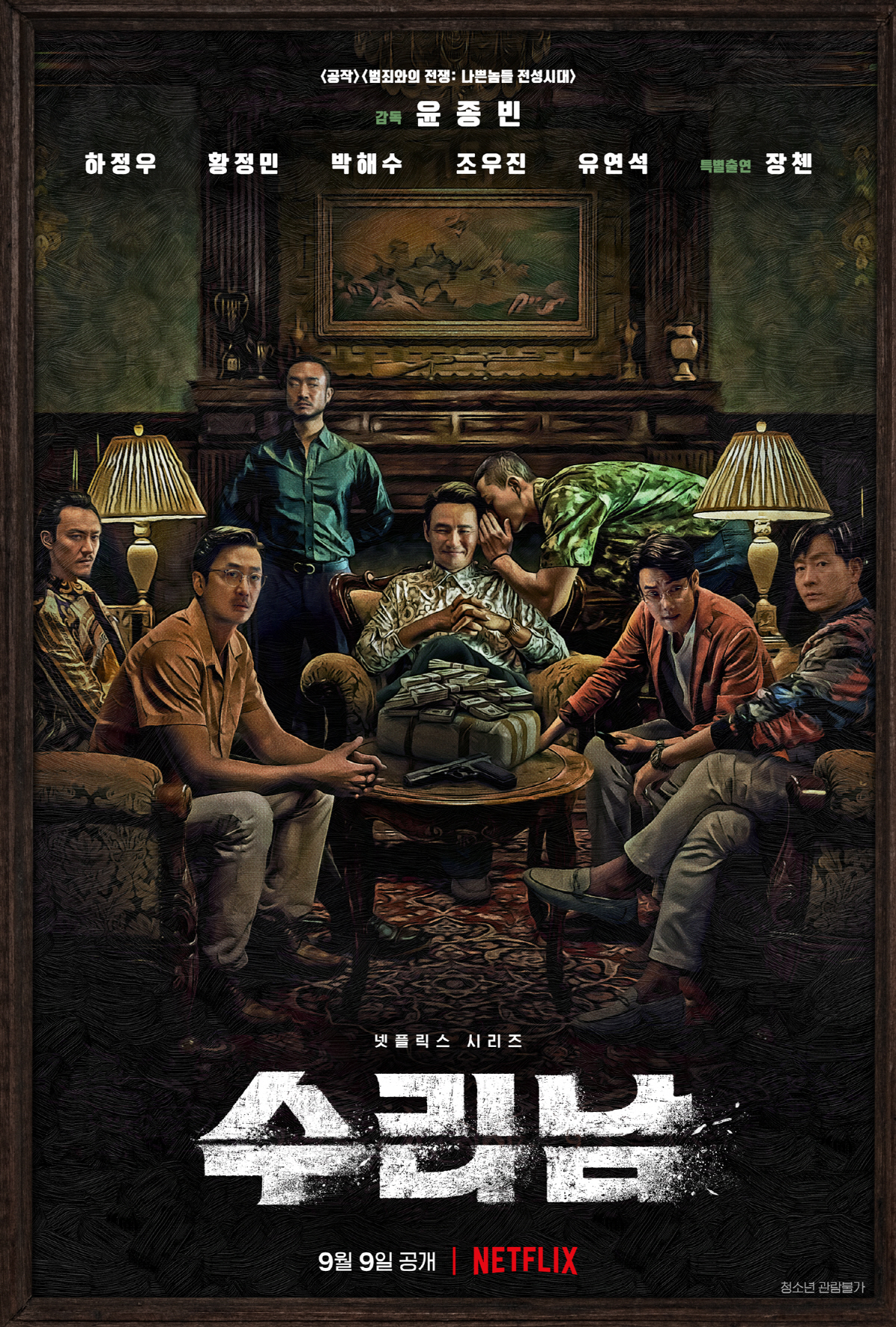 Ha Jung Woo increased anticipation for the series, commenting, “The characters are all three-dimensional. There are many cases even for one person, so the tension and the story itself are interesting.”

“Narco-Saints” will premiere on September 9. Check out a teaser here!