Red Velvet’s Joy, Chu Young Woo, and Baek Sung Chul Are Playful And Passionate While Filming “Once Upon A Small Town”

“Once Upon a Small Town” has released cute behind-the-scenes stills!

The upcoming Kakao TV drama “Once Upon A Small Town” is based on a web novel of the same name and is about a man from Seoul meeting a policewoman while living in the countryside. Along with the love story of the two characters against the backdrop of fresh nature, the drama will depict the joys and sorrows of the pure and humane people of Heedong Village.

Joy plays the bright and lovely policewoman Ahn Ja Young, a Heedong Village native and a people person who gets along with everyone in town. Chu Young Woo takes on the role of Han Ji Yool, a veterinarian from Seoul who wishes to get out of Heedong Village as soon as possible. Baek Sung Chul stars as the young and handsome farm successor Lee Sang Hyun, who has been best friends with Ahn Ja Young since birth.

The newly released stills from set show the main cast enjoying their small town living and showcasing their professionalism. While taking a break, Joy and Chu Young Woo adorably play around with a puppy and diligently monitor their scenes.

Chu Young Woo’s character Han Ji Yool is as a stubborn man from Seoul who has a hard time adjusting to his new surroundings and dealing with large animals like cows and goats. Unlike his character, Chu Young Woo looks comfortable in the barn and is incredibly friendly with everyone in the village, even busily cutting up and sharing fruit with everyone.

Lee Sang Hyun looks incredibly focused while he monitors his work, making sure he takes in every little detail. Before the drama even premieres, Lee Sang Hyun already has viewers suffering from second lead syndrome and it looks like he will continue to capture hearts with each episode! 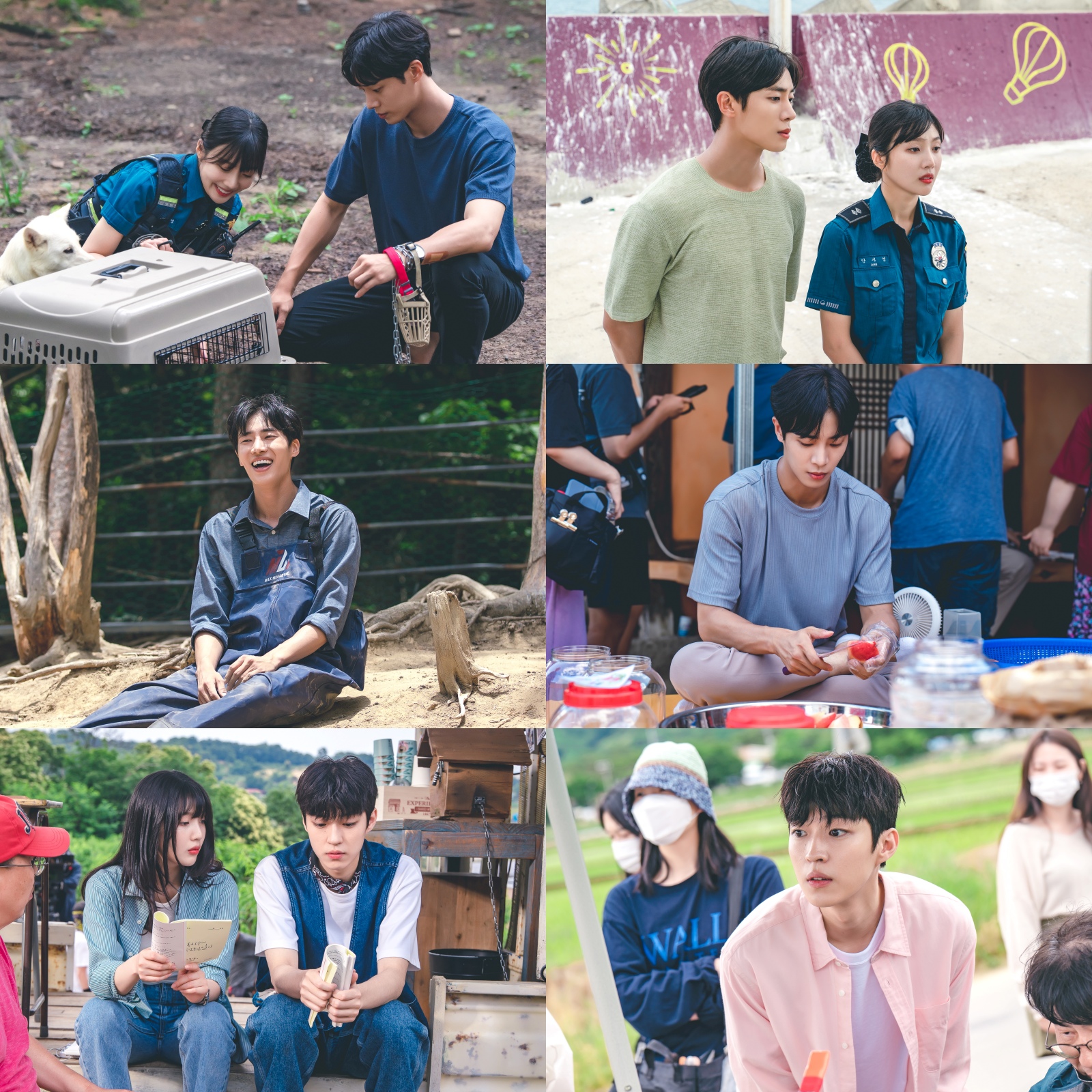 The producers of “Once Upon a Small Town” commented, “In the newly released behind cuts, you can see not just the three actors’ shining visuals, but also the mindset with which they filmed. We’re confident that there will be a wide variety of tastes for viewers to enjoy. We ask for your continued attention until the premiere, which is not far away.”

In the meantime, check out Joy in “Tempted” with subtitles below!