“Gaus Electronics” (literal title) has dropped character posters for each member of their spunky marketing team!

Webtoon-based comedy drama “Gaus Electronics” will cover the struggles that all office workers can relate to as well as office romance and friendships.

The 10 new character posters capture the unique personalities of everyone working in the third branch of Gaus Electronic’s marketing department.

First up is Kwak Dong Yeon as Lee Sang Sik, who shyly smiles as he keeps a tight grip on Gaus Electronic’s company rule book. Although a stickler for common sense, he’s an extremely obtuse person who doesn’t shy away from speaking his mind, which often puts him in the center of conflict.

Go Sung Hee plays his hot-blooded co-worker Cha Na Rae who is unable to regulate her anger. With a personality completely opposite of Lee Sang Sik, Cha Na Rae is always blowing up at him and the two are often found bickering. 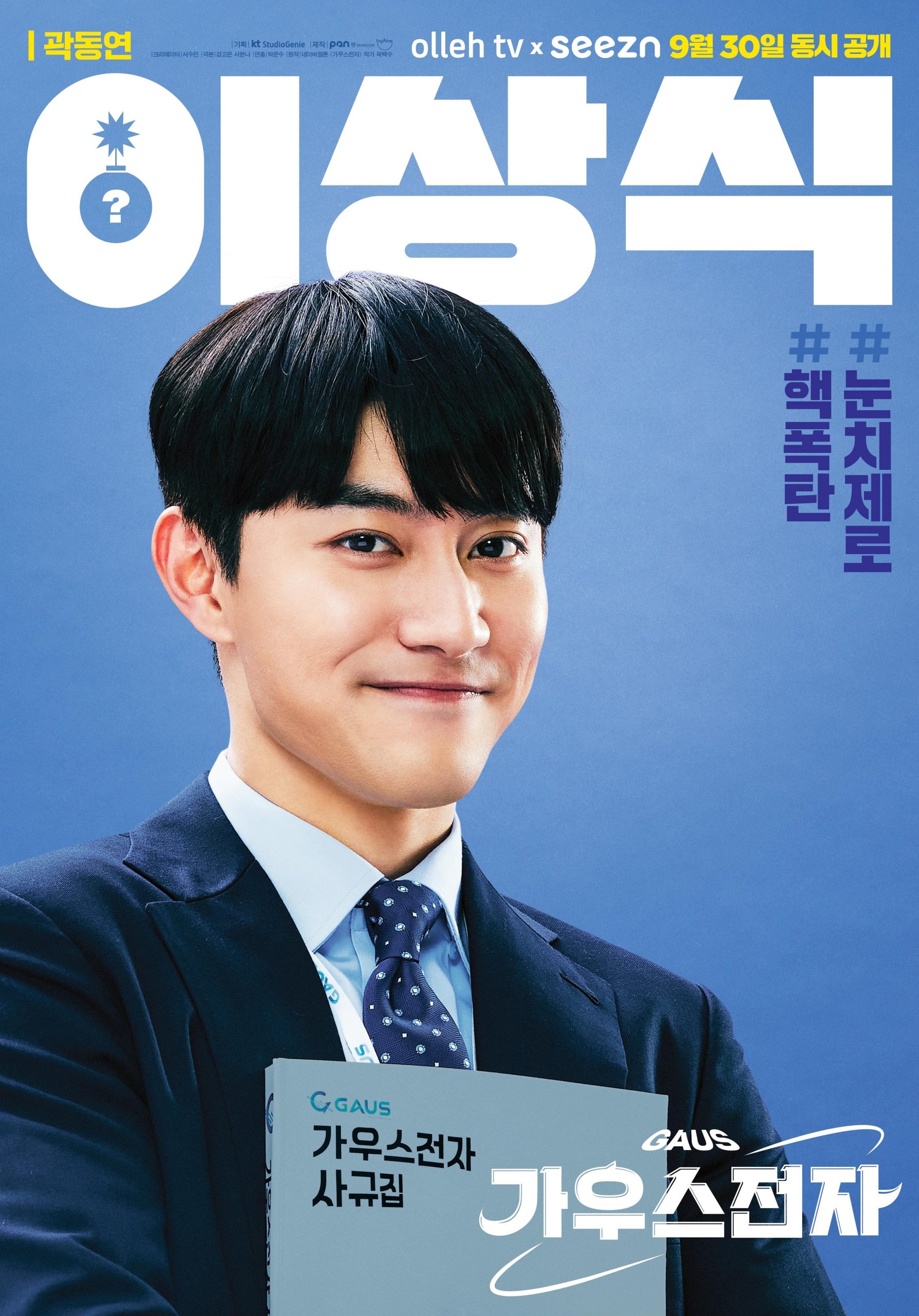 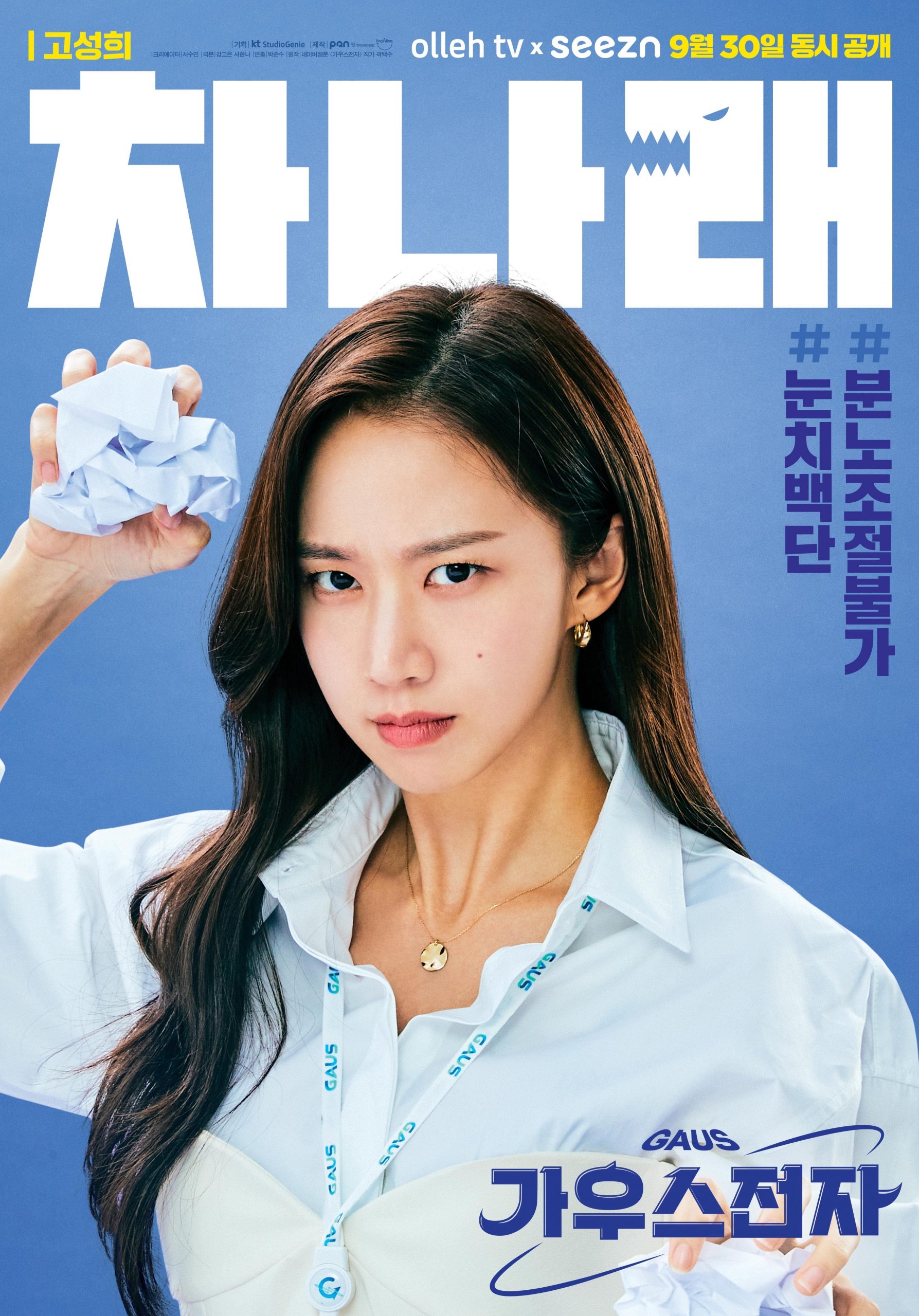 The third poster features the serious Bae Hyun Sung as Baek Ma Tan, the wealthy heir of Gaus Electronics’ rival who has secretly joined the company. He gently pets a toy horse that befits his name, which means “knight in shining armor” in Korean.

Baek Ma Tan has a secret relationship with Geon Gang Mi, who is portrayed by Kang Min Ah. On a regular basis, Geon Gang Mi has a top-notch self-care routine, but the instant she drinks alcohol, she transforms into someone else with hidden super-strength. 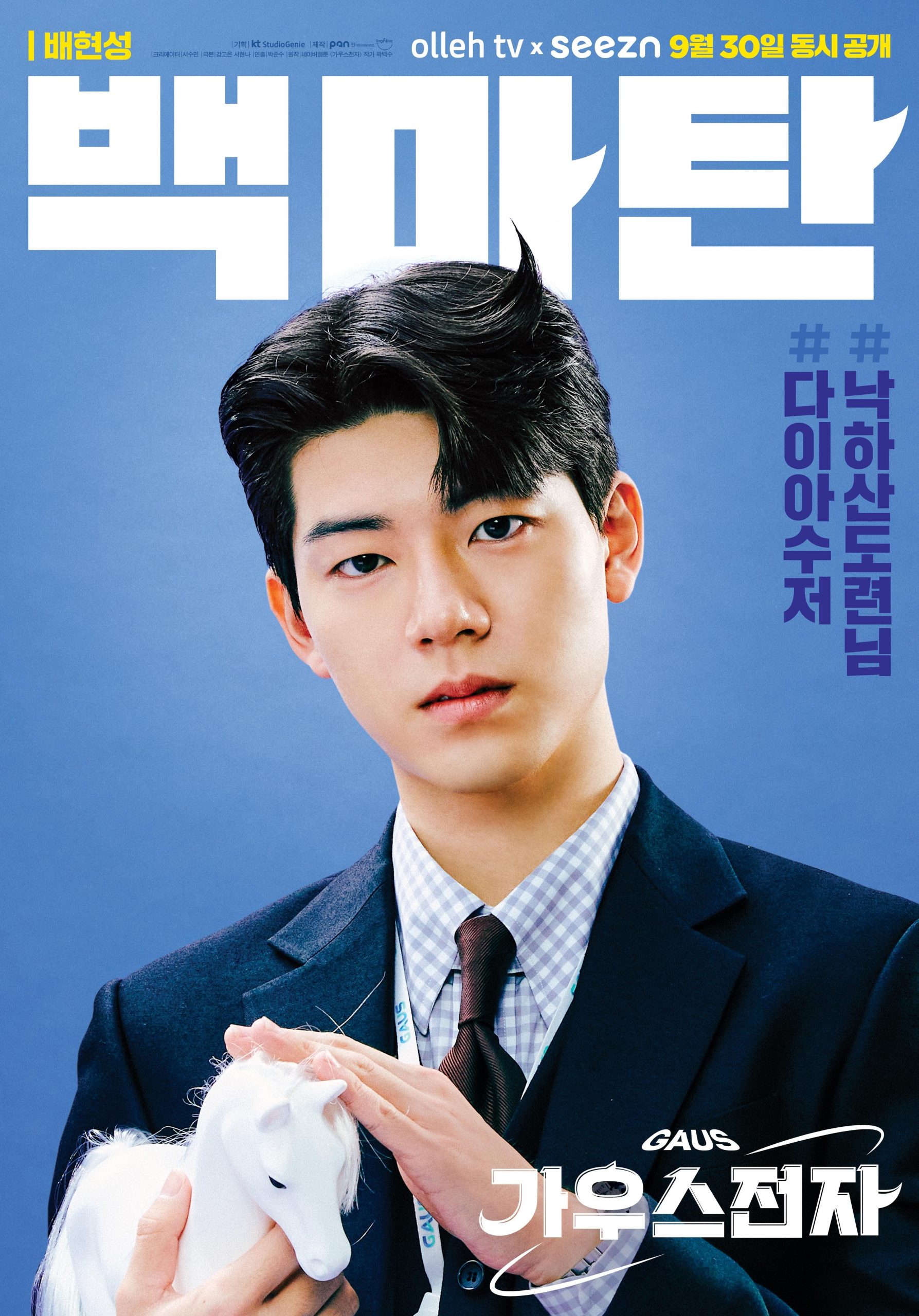 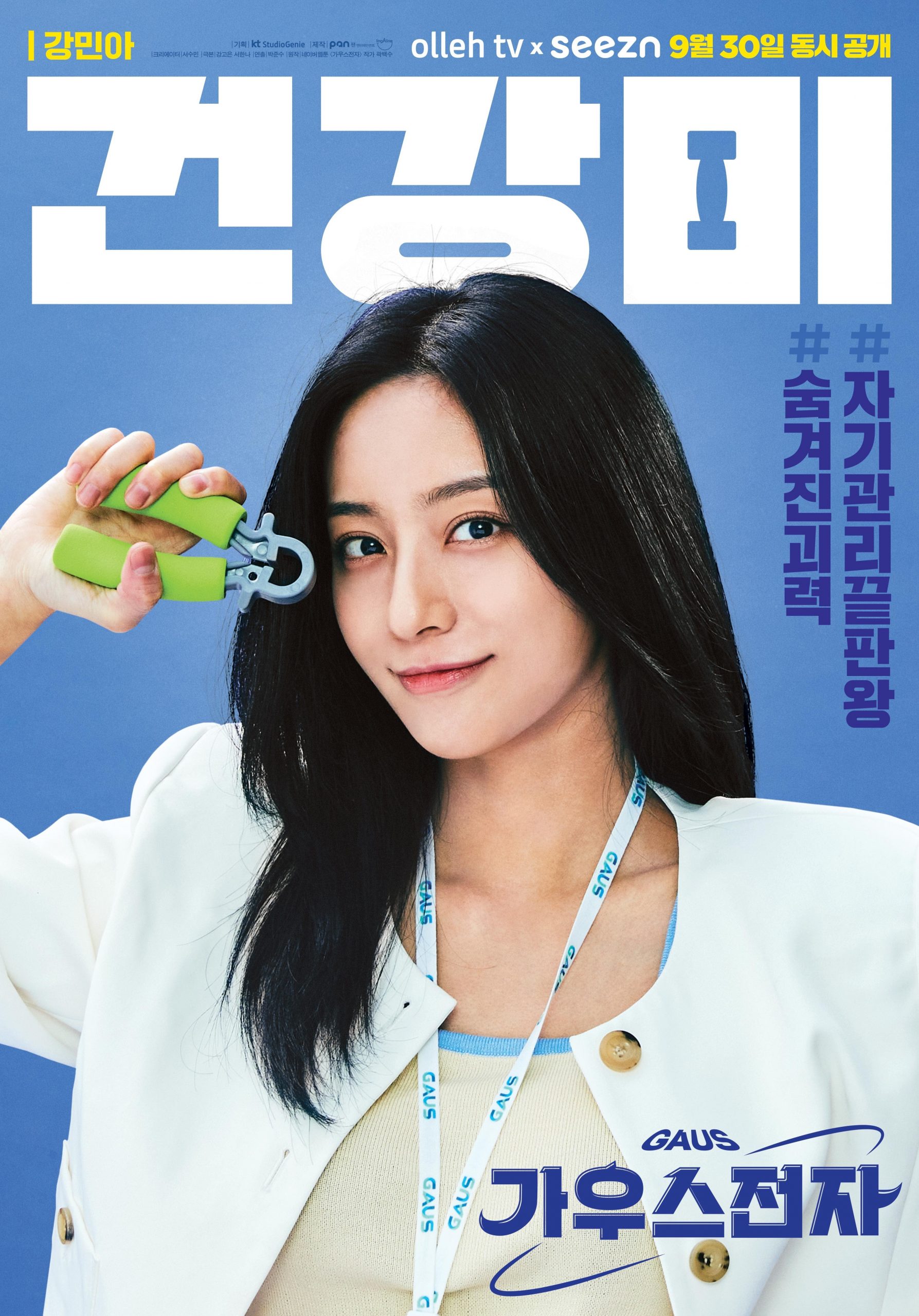 Additional members of the marketing team include the mean department manager Ki Sung Nam (Baek Hyun Jin), who appears worried while holding onto a handful of mixed coffee packets, and general manager Wi Jang Byung (Heo Jung Do), who believes that a gaming headset and joystick are necessities in his office. 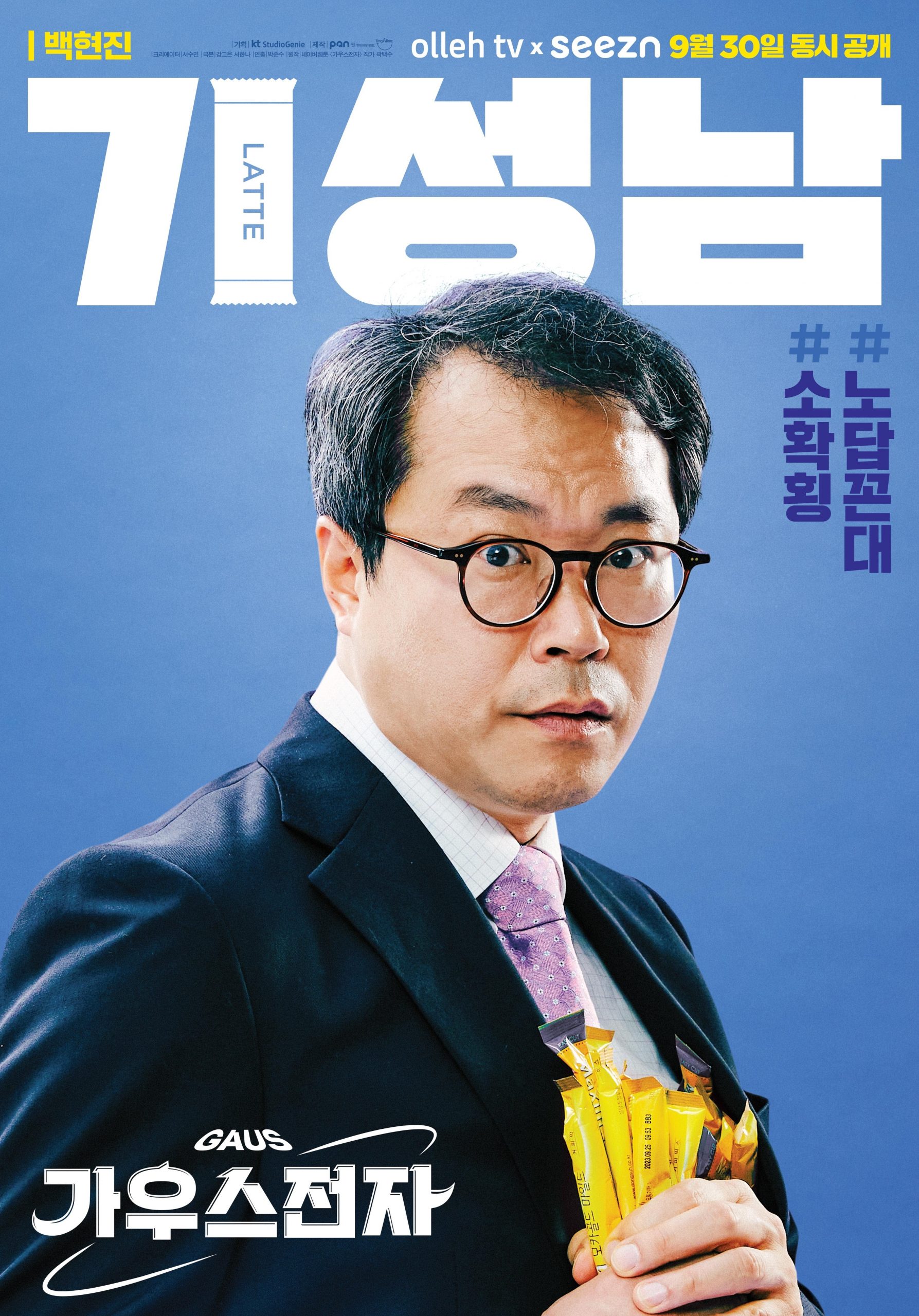 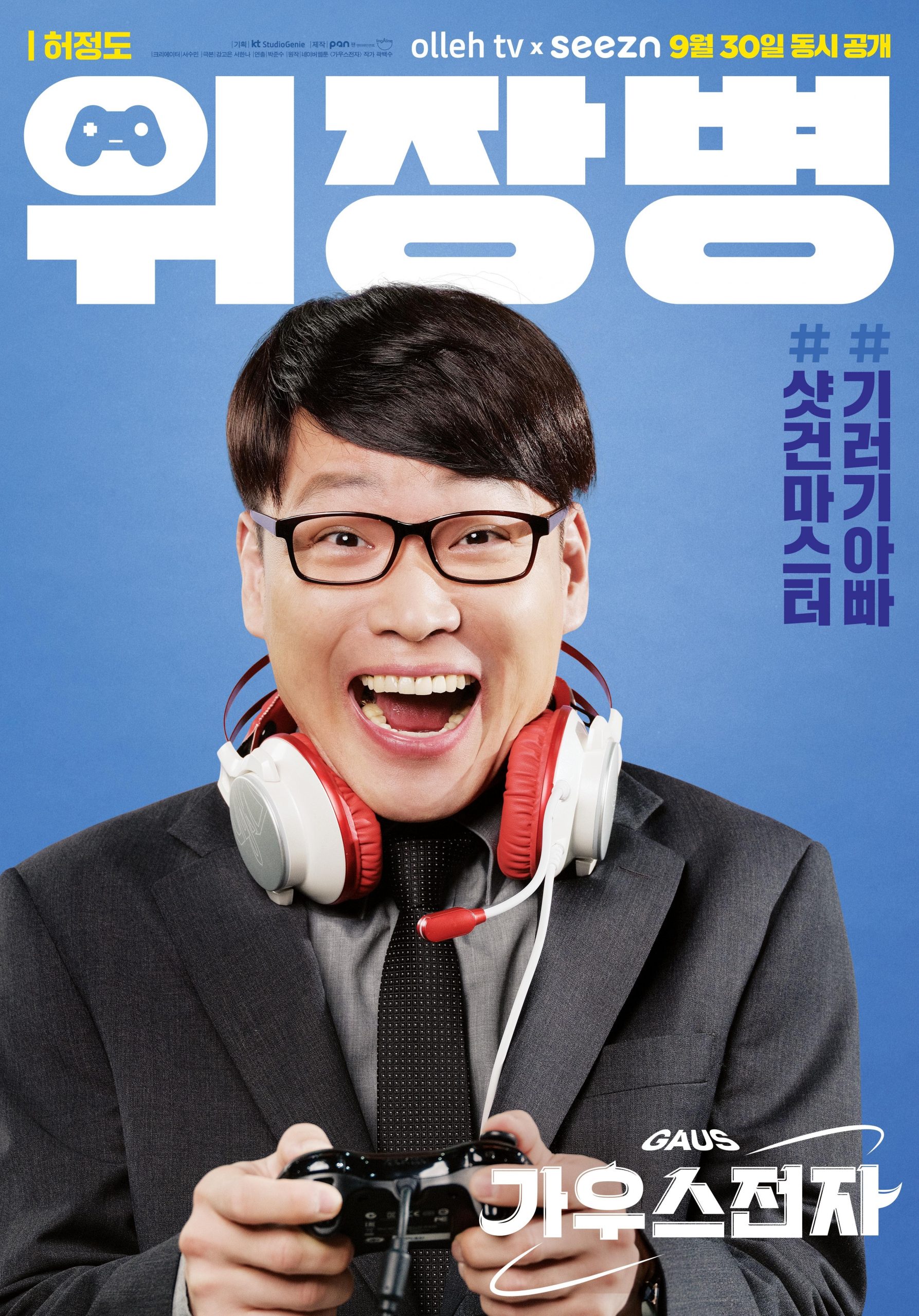 Jeon Suk Chan plays Cha Wa Wa, the “mascot” of the marketing team who has a lot of interest in the happenings within the office, but is devastatingly bad at making predictions. Sung Hyung Mi (Go Woori) is the employee who solves all the problems within the department, and always does so with a straight face. She can accomplish every kind of difficult task and is the best person to talk to about tarot and face readings, horoscopes, real estate, hypnosis, and MBTIs. 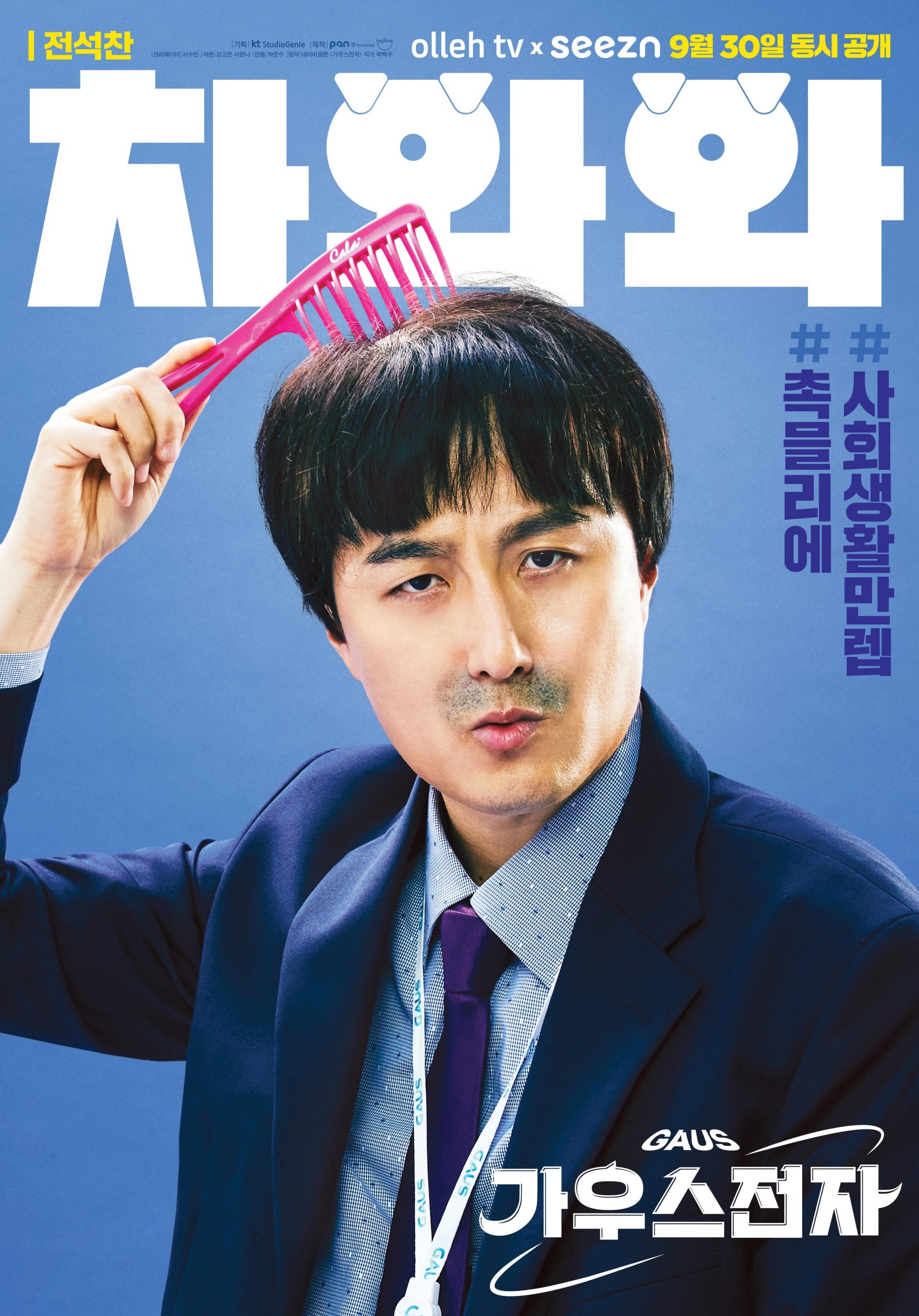 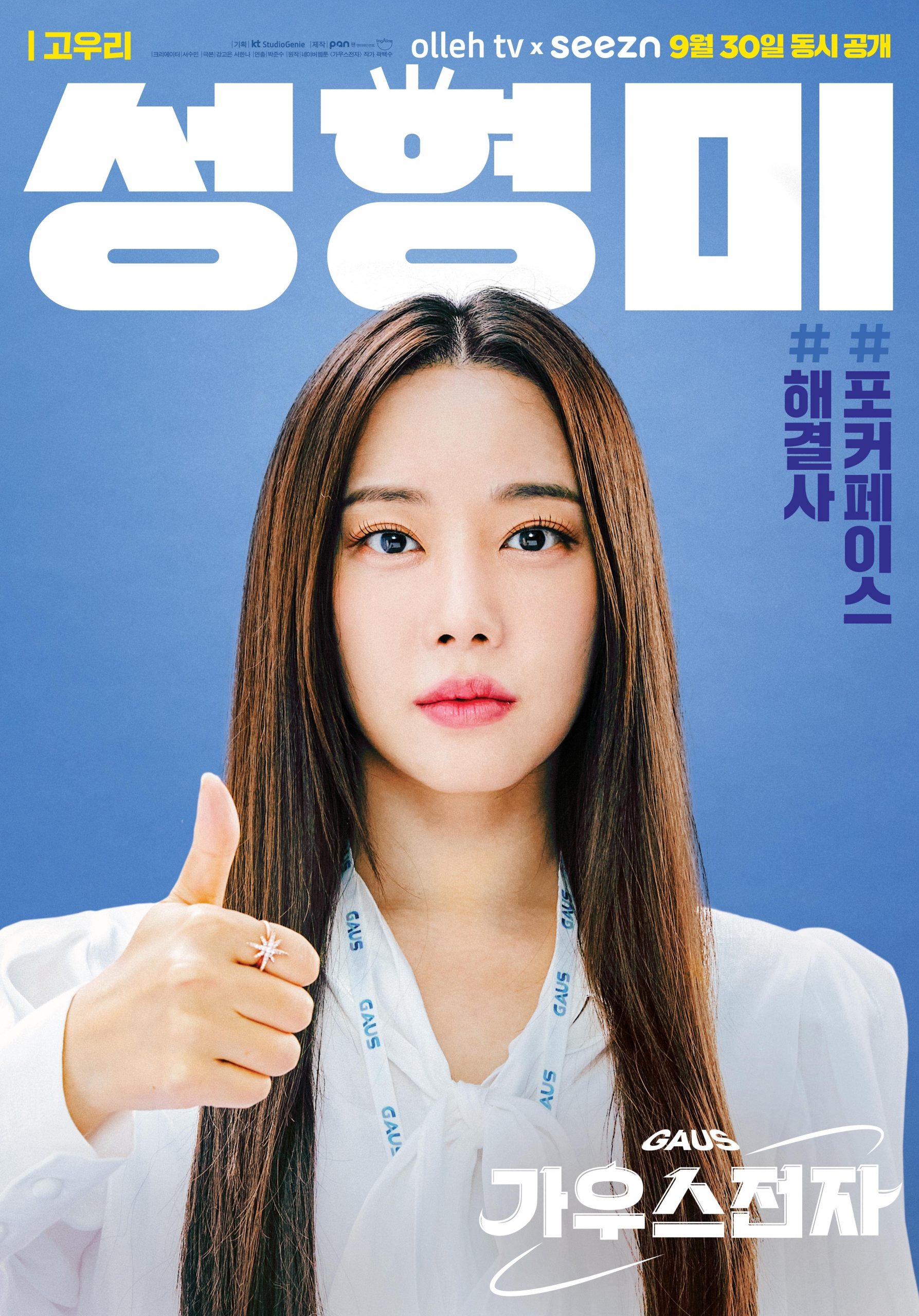 Kim Moon Hak (Baek Soo Jang) specializes in writing apologies, but in his heart, he dreams of becoming a novelist. Unbeknownst to others, he lives out his dreams by writing web novels in secret. Na Moo Young (Jo Jung Chi) is more like an unidentified shadow who has no presence in the office, but who is always observing. 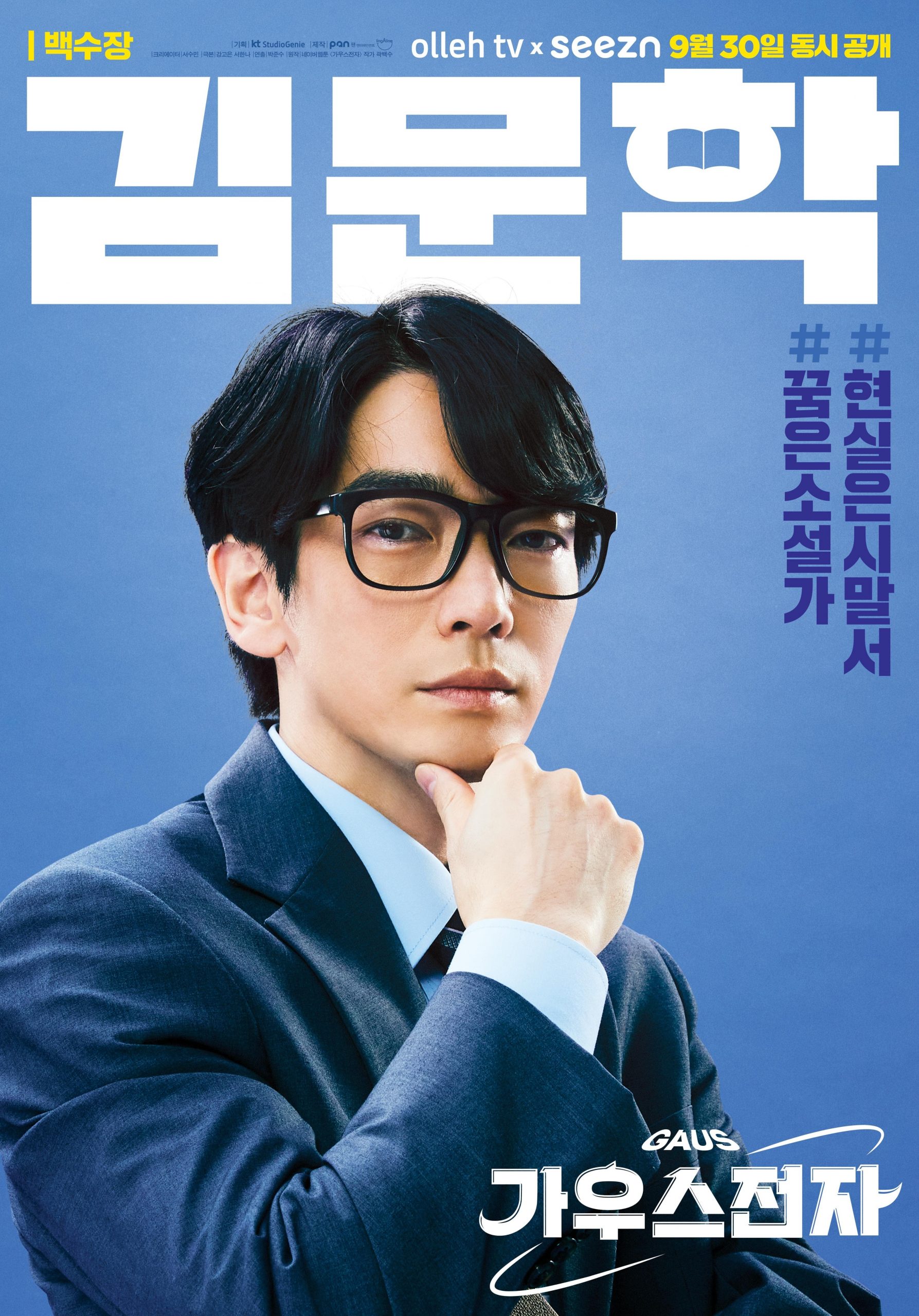 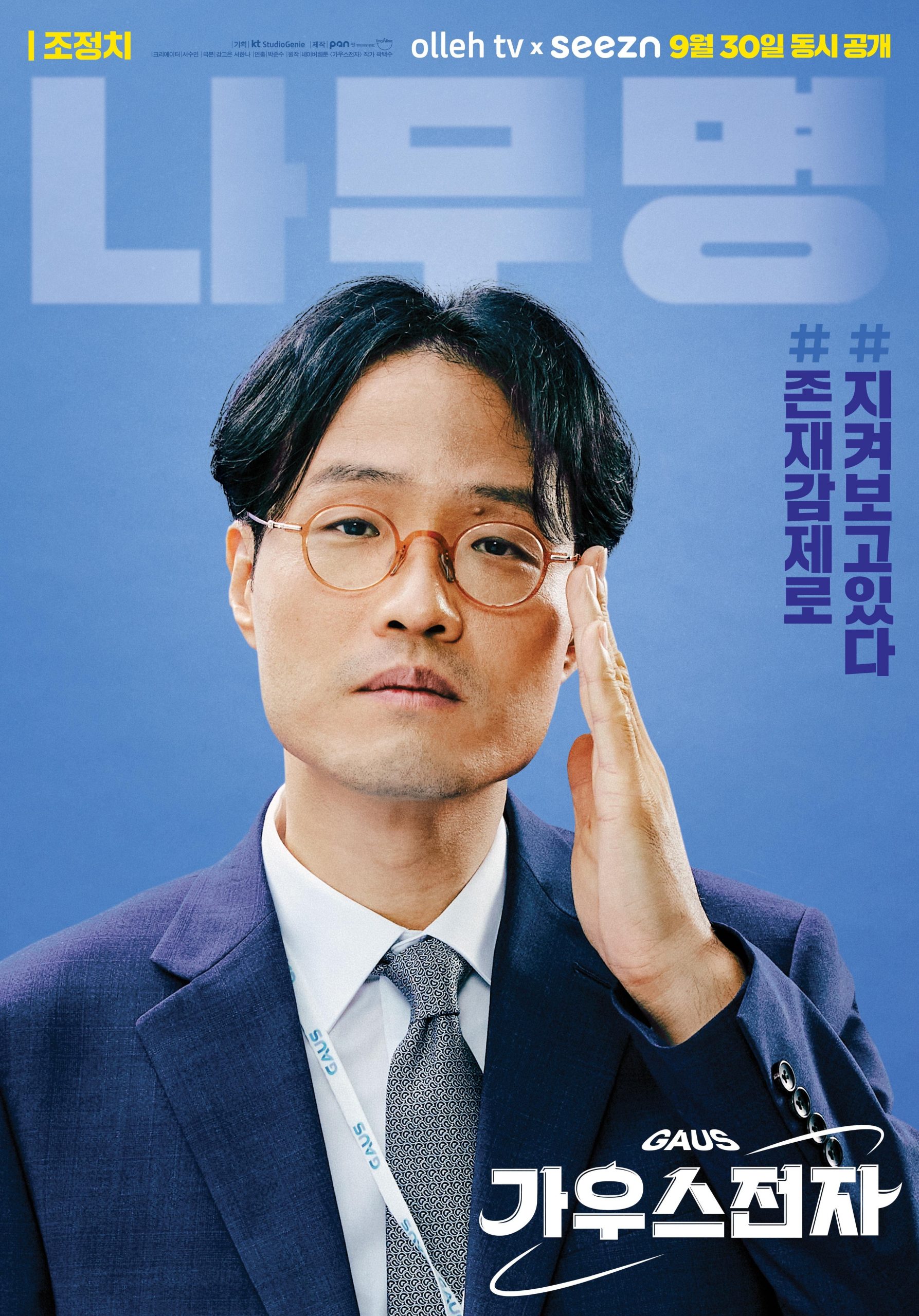 “Gaus Electronics” will premiere on September 30.