Lee Yoo Mi stars as Cha Ga Eul, a short track speed skating gold medalist who’s fallen into a slump. After they meet, Je Gal Gil and Cha Ga Eul help each other face their inner wounds and reach turning points in their lives in the process.

Newly unveiled stills capture Je Gal Gil and Cha Ga Eul’s first meeting. As soon as they meet, he starts to evaluate her. In particular, Je Gal Gil evokes laughter with his comical expression as he raises an eyebrow and keenly studies the athlete before him. He also exudes a serious and professional aura as he transforms into a mental coach. On the other hand, Cha Ga Eul gazes at him with a cold expression. Her mouth is tightly shut, and she shows a strong sense of vigilance towards Je Gal Gil. 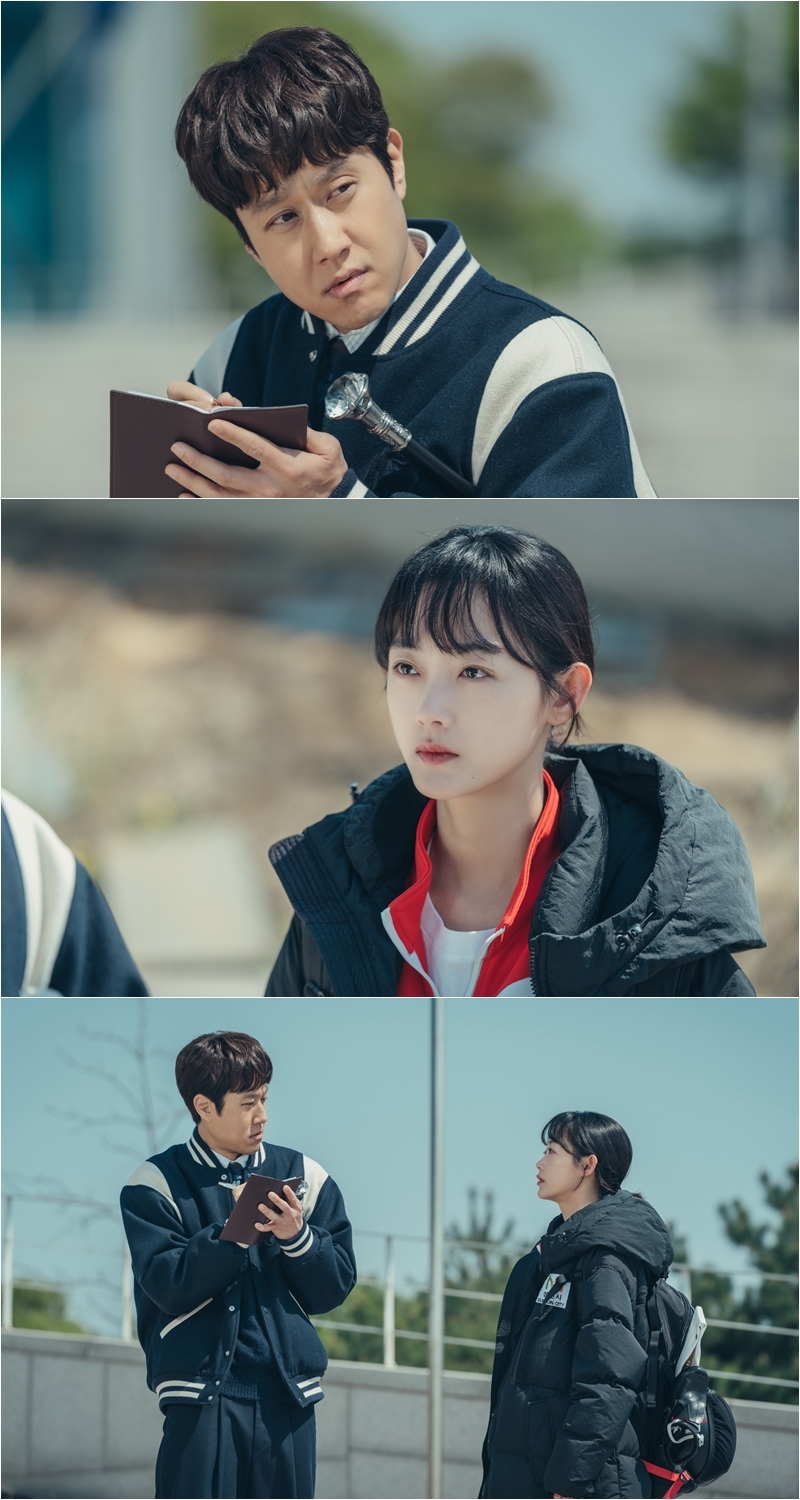 For mental care, the formation of mutual trust relationships and rapport is important. Therefore, it will be intriguing to find out what kind of relationship Je Gal Gil and Cha Ga Eul will build when she has her thorns up.

The production team commented, “After his first meeting with the prickly Cha Ga Eul, Je Gal Gil begins to hover around her and get involved with her in order to create rapport. Cha Ga Eul, who has been harsh to herself without showing her feelings to anyone, will face an inflection point due to Je Gal Gil who tries to break down the wall of her heart that is like an iron fortress. Please show lots of interest in ‘Mental Coach Jegal.”

“Mental Coach Jegal” will premiere on September 12 at 10:30 p.m. KST and will be available on Viki.

Watch Jung Woo in “Reply 1994” with subtitles below: