BLACKPINK has announced the finalized dates and venues for the North American and European legs of their upcoming world tour!

On September 6, YG Entertainment officially revealed the details for BLACKPINK’s 2022 tour stops for “BORN PINK,” which will take them to North America and Europe this year before heading to Asia, the Middle East, Australia, and New Zealand in 2023.

Notably, BLACKPINK’s schedule for the European leg of their tour has changed slightly since their initial announcement. The group has added a new city to their tour—Copenhagen, where they will perform on December 15—and changed the date of their Berlin concert to December 19 (instead of December 18, as previously scheduled).

With these new changes, BLACKPINK will be performing nine shows in seven different cities across Europe, starting with London on November 30 and December 1 before wrapping up in Amsterdam on December 22.

Meanwhile, the group will still be performing 10 shows in seven different cities across the United States and Canada this fall, as previously announced. The North American leg of their tour will kick off in Dallas on October 25 and wrap up in Los Angeles with a concert at the Banc of California Stadium on November 19.

Tickets for BLACKPINK’s North American and European concerts will open for presale on September 13 before going on sale to the general public on September 16.

Check out all of BLACKPINK’s upcoming tour stops for 2022 below! 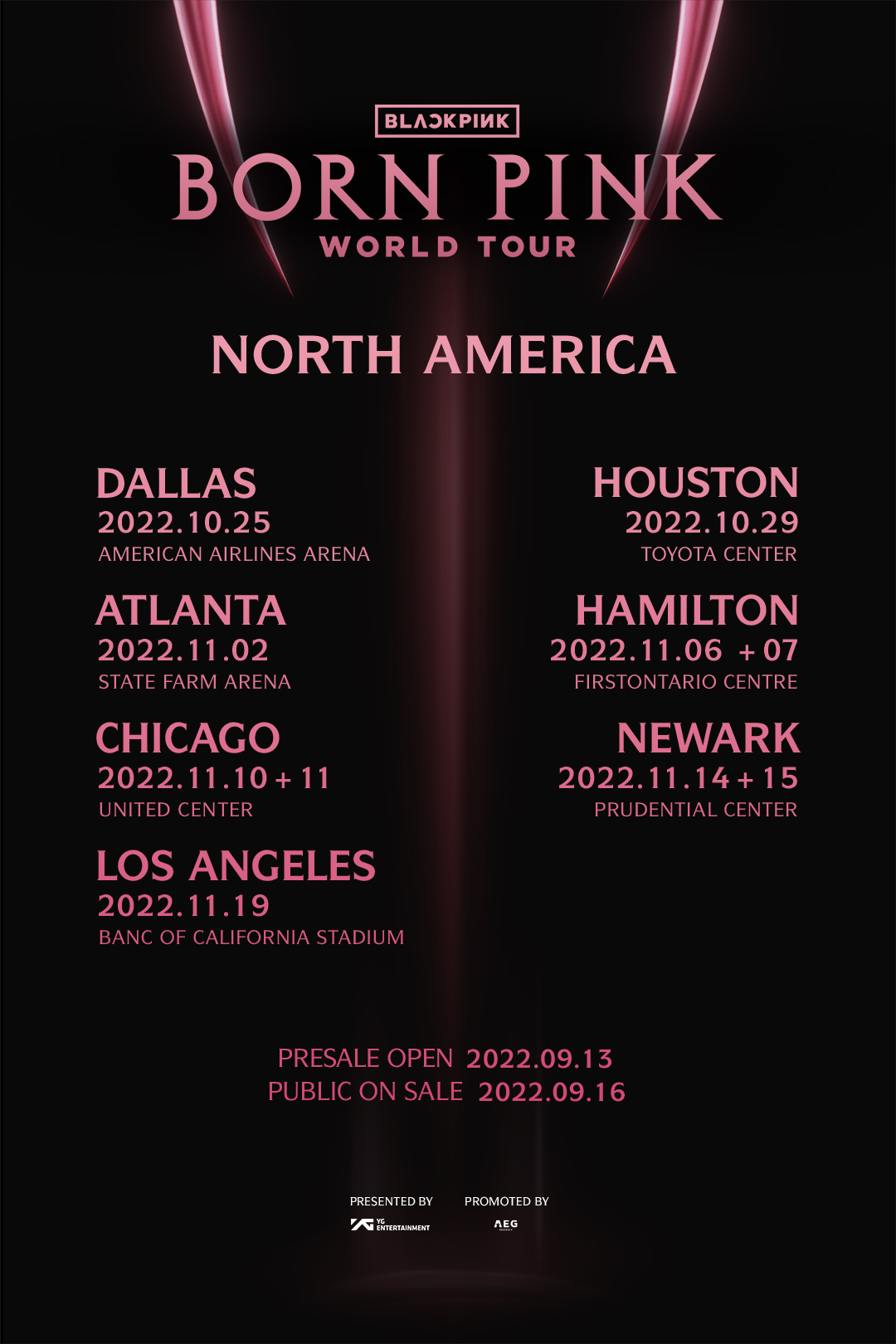 LONDON
November 30 and December 1
The O2 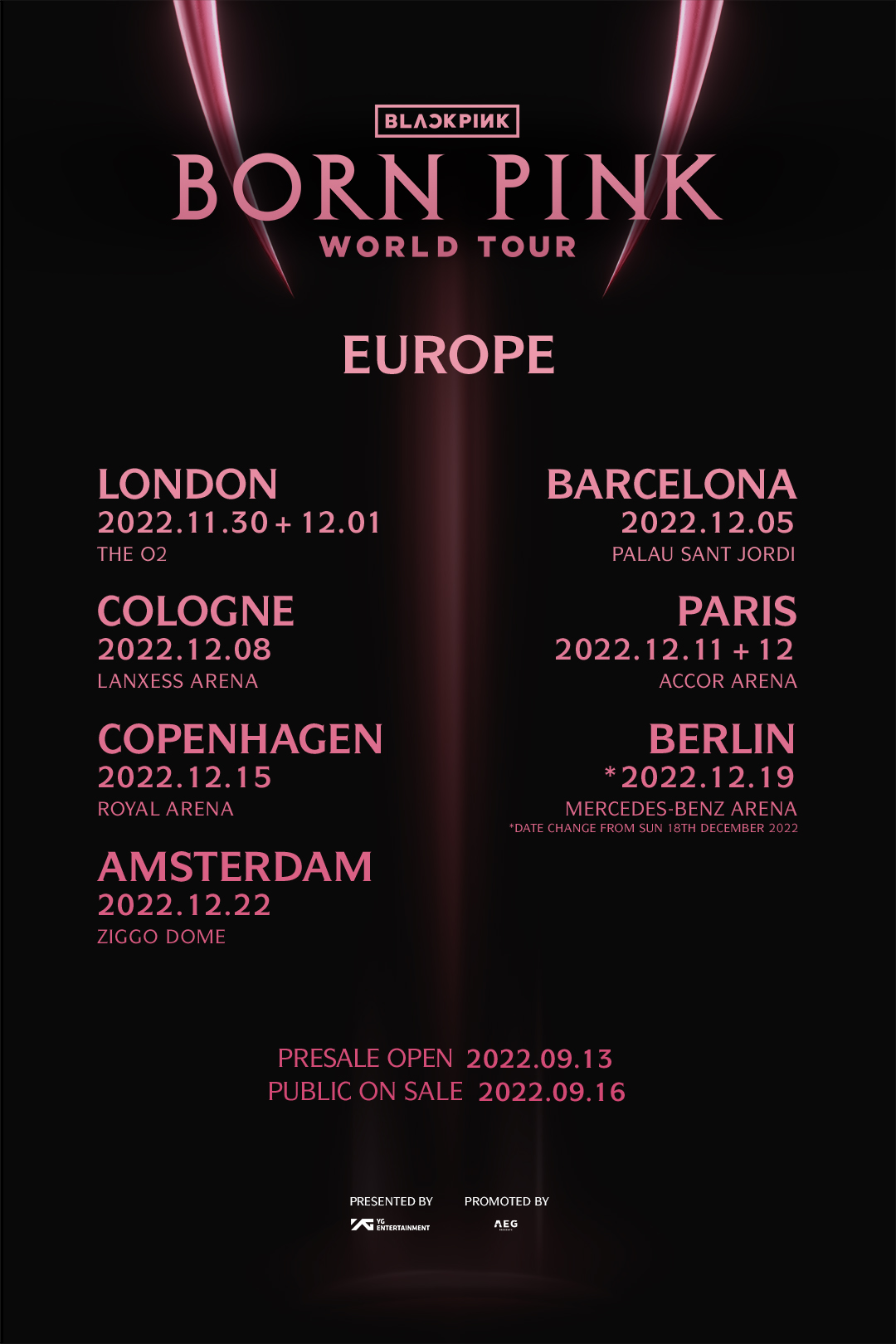