EXO’s D.O. Is A Delinquent Prosecutor Who Stands Out With His Eccentricity In Poster For Upcoming Drama

“Prosecutor Jin’s Victory” is a story about a prosecutor named Jin Jung (EXO’s D.O.) who is armed with bad manners and delinquency. He breaks down the sanctuaries created by wealth and power, and he even takes down the greedy people living in those sanctuaries. Jin Jung uses expedient methods over conventional ones, tricks over standard procedures, and delinquency over sincerity in order to stop the corrupt authorities from undermining society. With its refreshing sense of justice, the drama will make viewers forget about the frustrating reality.

D.O.’s character Jin Jung is a prosecutor at the third division of the Central District Prosecutors’ Office. Jin Jung is a devilishly charming man, and he will be long remembered in the history of prosecutors for being unprecedentedly crazy. However, at the same time, he has a deep sense of justice and conscience. He fights on the side of those who are weak, battling evil an eye for an eye and a tooth for a tooth and getting revenge 10 fold.

The new poster that closely resembles a scene from a comic book captures Jin Jung’s chaotic side as a prosecutor like no other. Jin Jung poses with disheveled hair and a wooden sword, and he wears a confident smirk on his face. In the group photo with other prosecutors, he stands out with his bold track suit as he holds up an energetic fist with a wide grin. The text on the poster parodies the famous line from the hit movie “Extreme Job,” saying, “There has never been a prosecutor like this before! Is he a prosecutor or an oddball?” 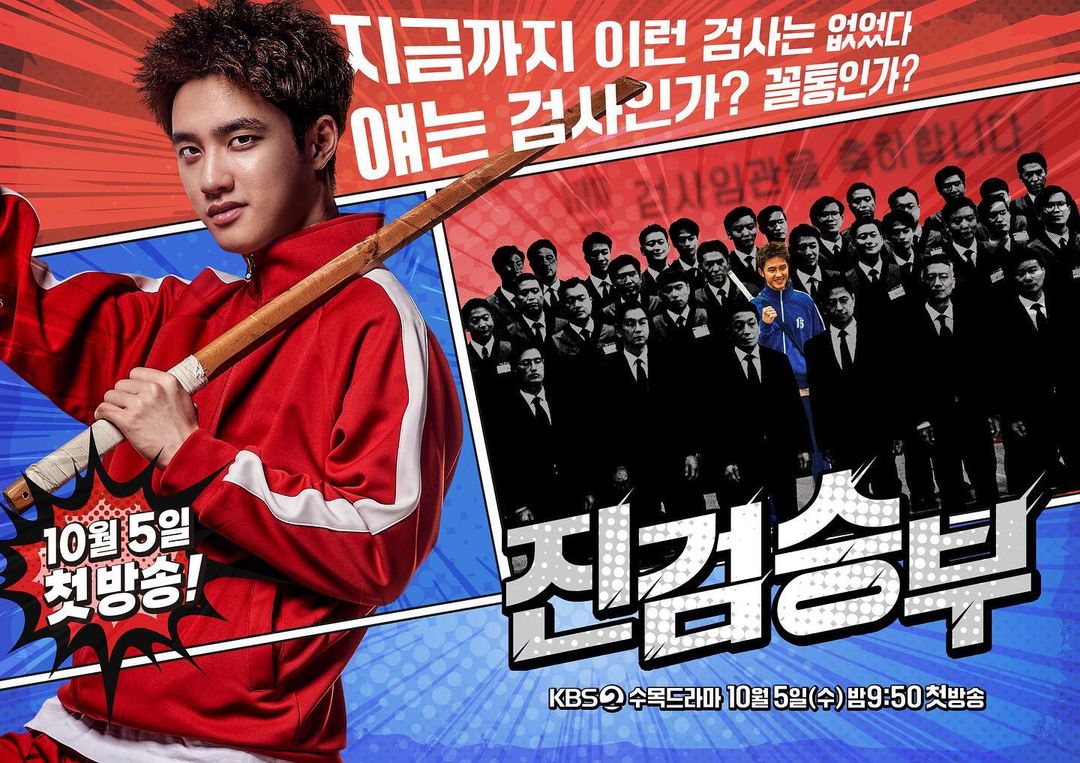 The drama’s production team explained, “The teaser poster for ‘Prosecutor Jin’s Victory’ contains the birth of an extraordinary prosecutor who completely destroys the framework of the prosecutors in dramas we have met so far. Please look forward to D.O., who will truly be reborn as a passionate and eccentric prosecutor that you’ve never seen before.”

In the meantime, watch D.O. in “Swing Kids” below!