Jung Il Woo, Yuri, And More Attempt To Fit In With Students With Their Detailed Disguises In “Good Job”

“Good Job” is a mystery drama that follows the romance between chaebol Eun Sun Woo (Jung Il Woo), who leads a second life as a detective, and Don Se Ra (Girls’ Generation’s Yuri), a woman with super vision.

Previously, Oh Ah Ra (Shin Go Eun), who possessed the keepsake “Queen’s Tear” from Eun Sun Woo’s mother, warned Eun Sun Woo to look out for Kang Tae Joon (Yoon Sun Woo), the general manager of Eunkang Group who is also the son of Kang Wan Soo (Jo Young Jin), the company’s vice president. It was previously revealed that Kang Tae Joon and Eun Sun Woo are at odds as they get into big fights every time they meet.

Due to their antagonistic relationship, Eun Sun Woo is unable to investigate Kang Tae Joon himself, so he gives his first mission to Don Se Ra who works as an assistant at his detective agency. The mission is to become Kang Tae Joon’s secretary and monitor his every move. Although Don Se Ra had met Kang Tae Joon at a club before, Eun Sun Woo was sure that he would not remember her.

The stills preview Don Se Ra working hard as Kang Tae Joon’s secretary. However, the mood suddenly changes as Eun Sun Woo walks in and faces Kang Tae Joon. Don Se Ra just stares at the two while standing in between them, not knowing what to do. 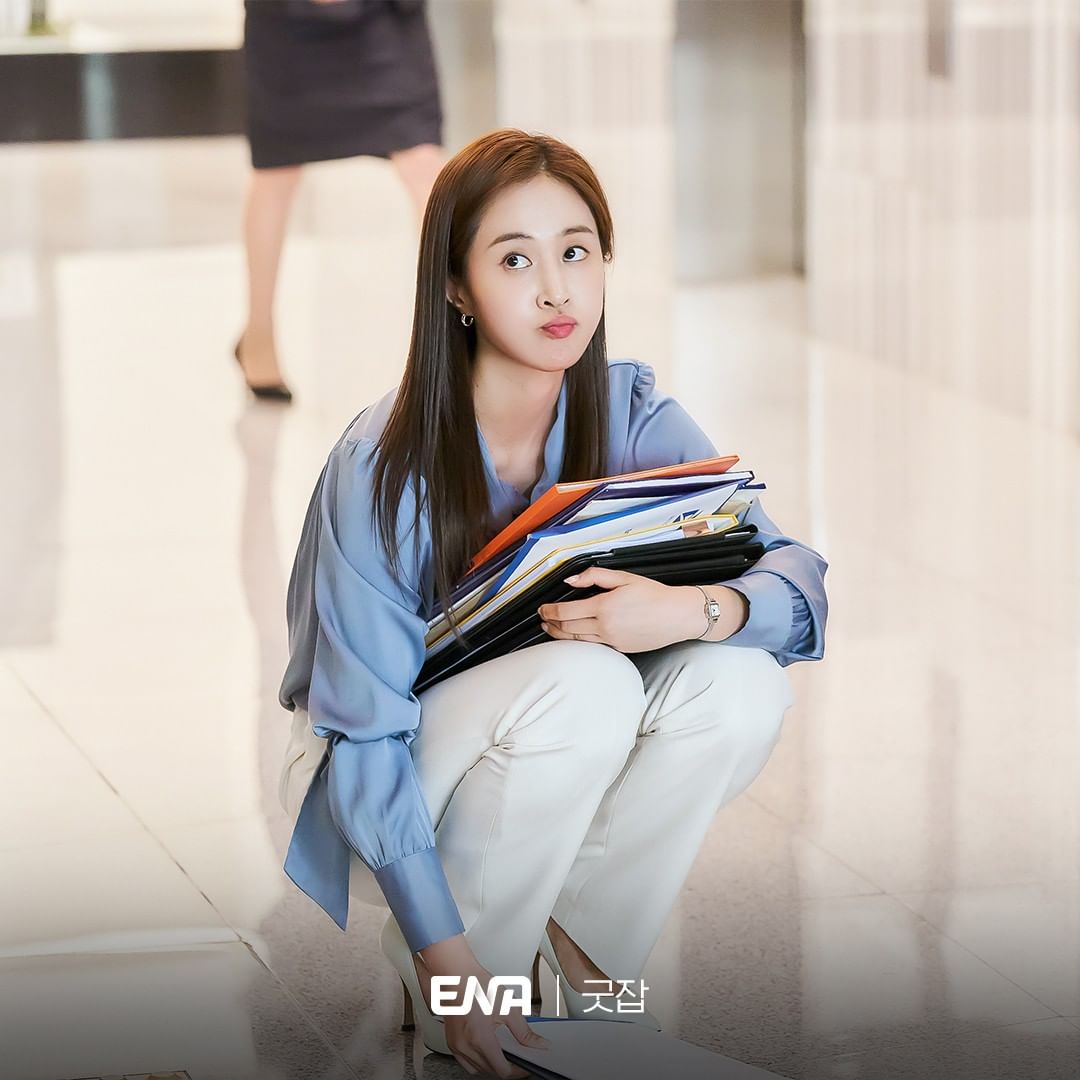 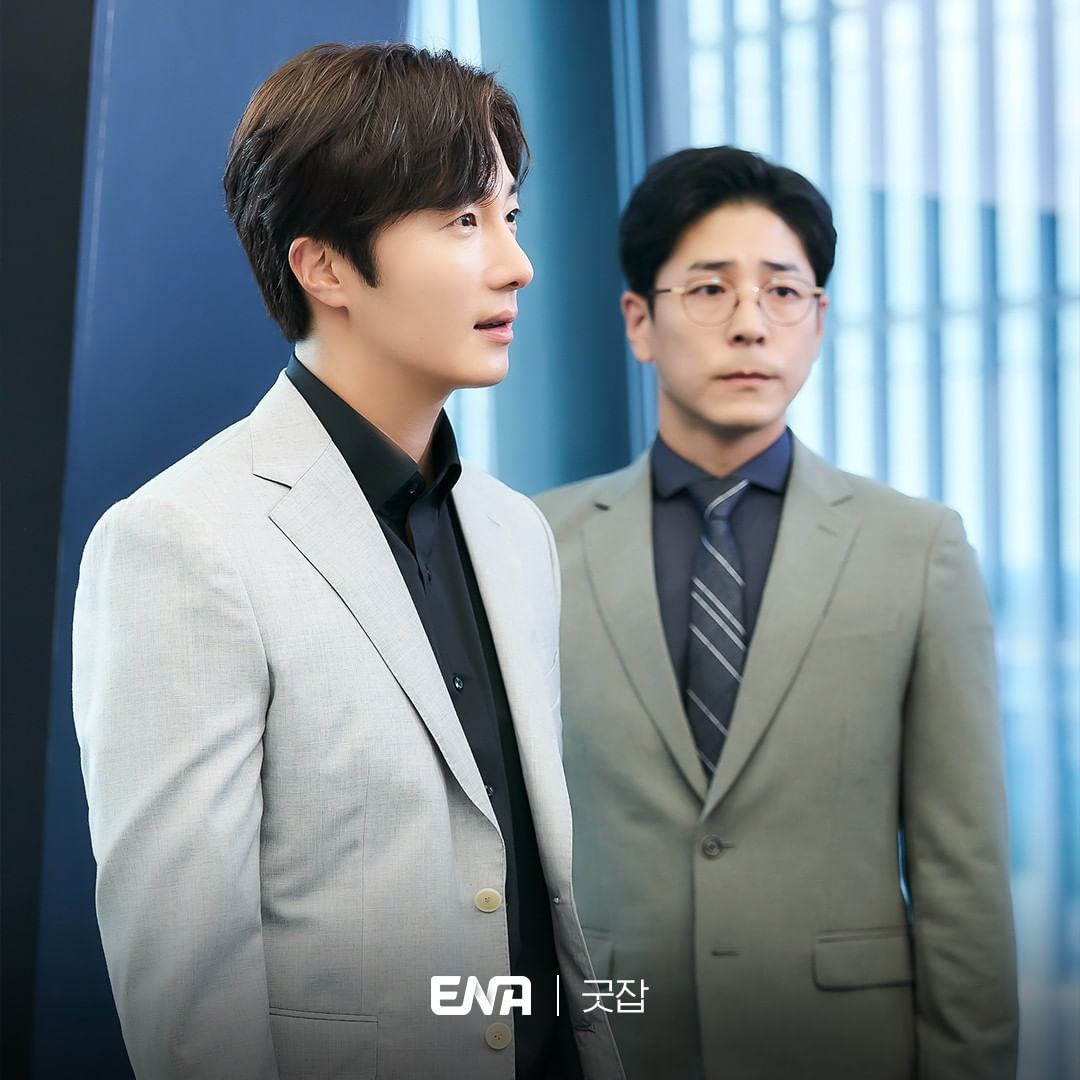 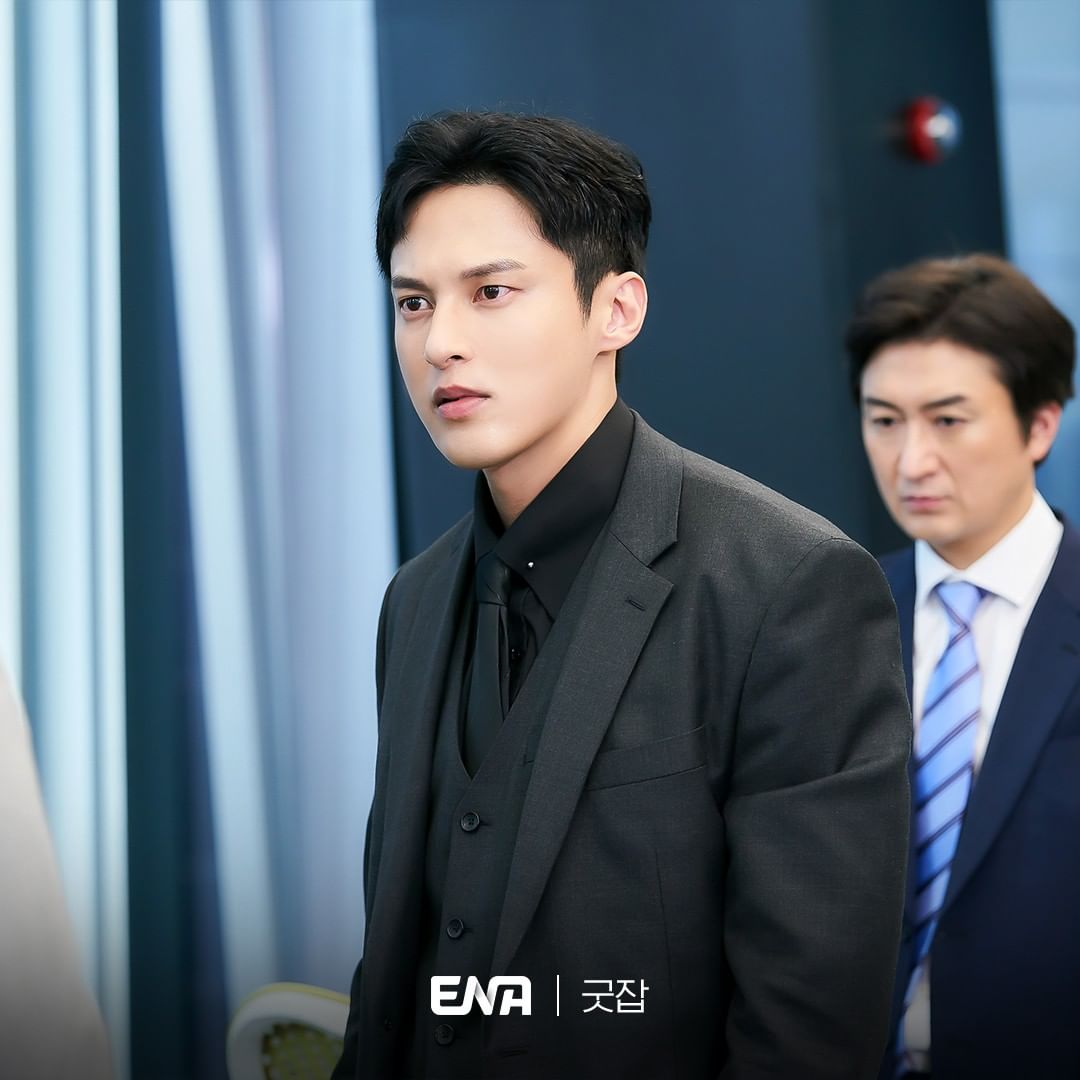 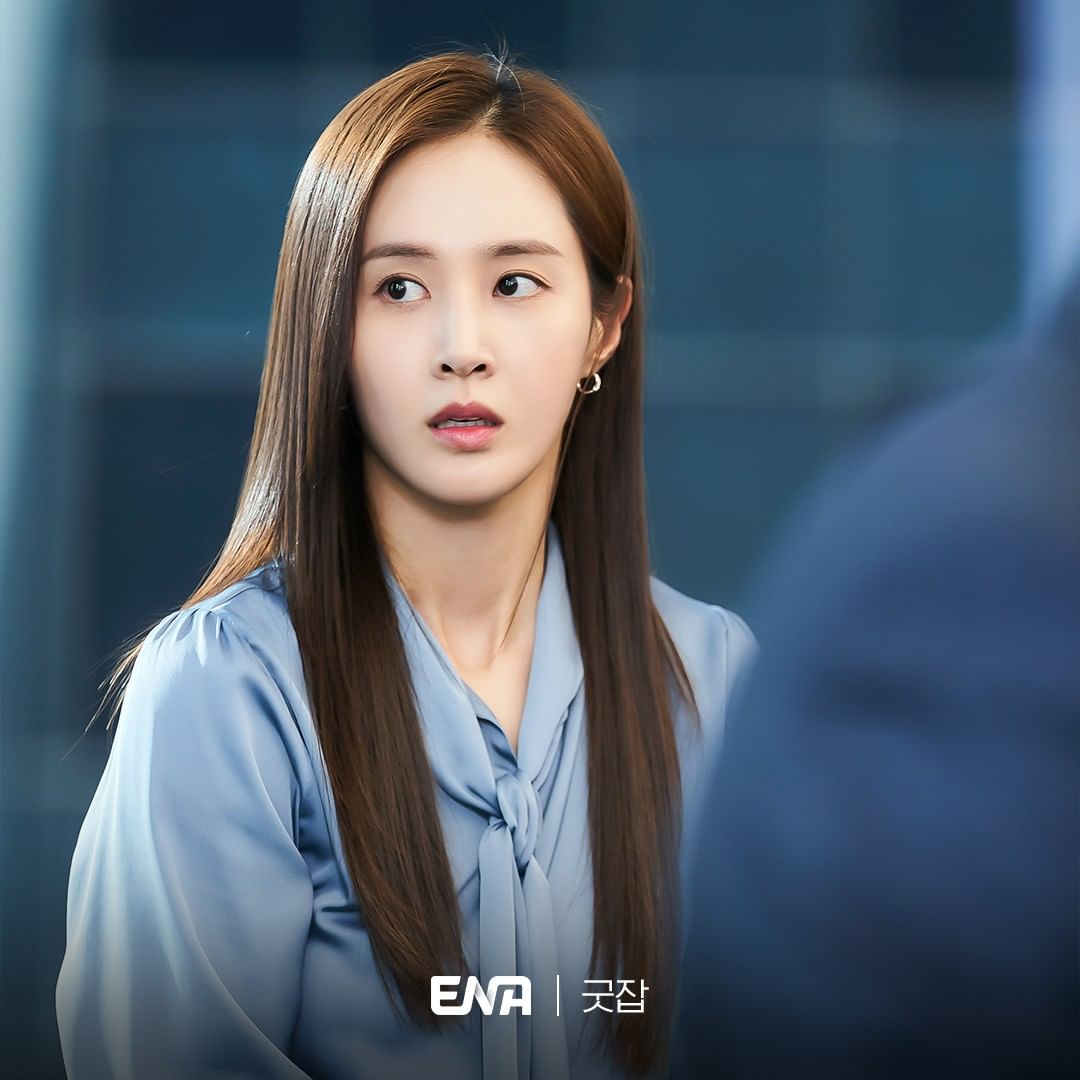 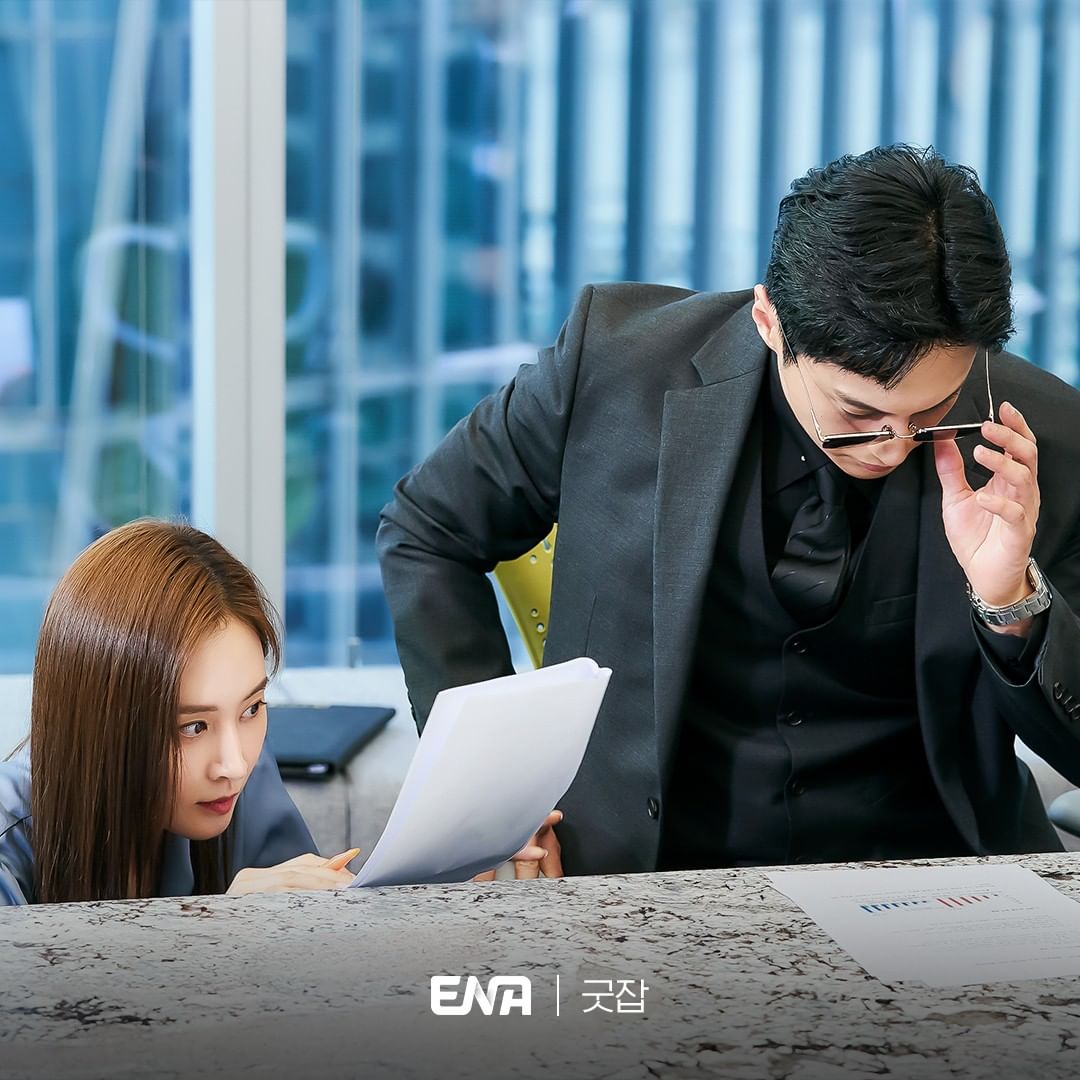 More stills reveal Eun Sun Woo, Don Se Ra, Yang Jin Mo (Eum Moon Suk), and Sa Na Hee (Song Sang Eun) on an undercover investigation while wearing school uniforms. They are trying to catch the gang who kidnapped Han Soo Ah (Min Chae Eun). To catch those who sell drugs to teenage students, the four decide to disguise themselves as students and visit a popular place where many teenagers hang out. Eun Sun Woo, Don Se Ra, Yang Jin Mo, and Sa Na Hee hilariously pretend to look like delinquent students, putting in a lot of effort to avoid the suspicion of other teenagers in the area. 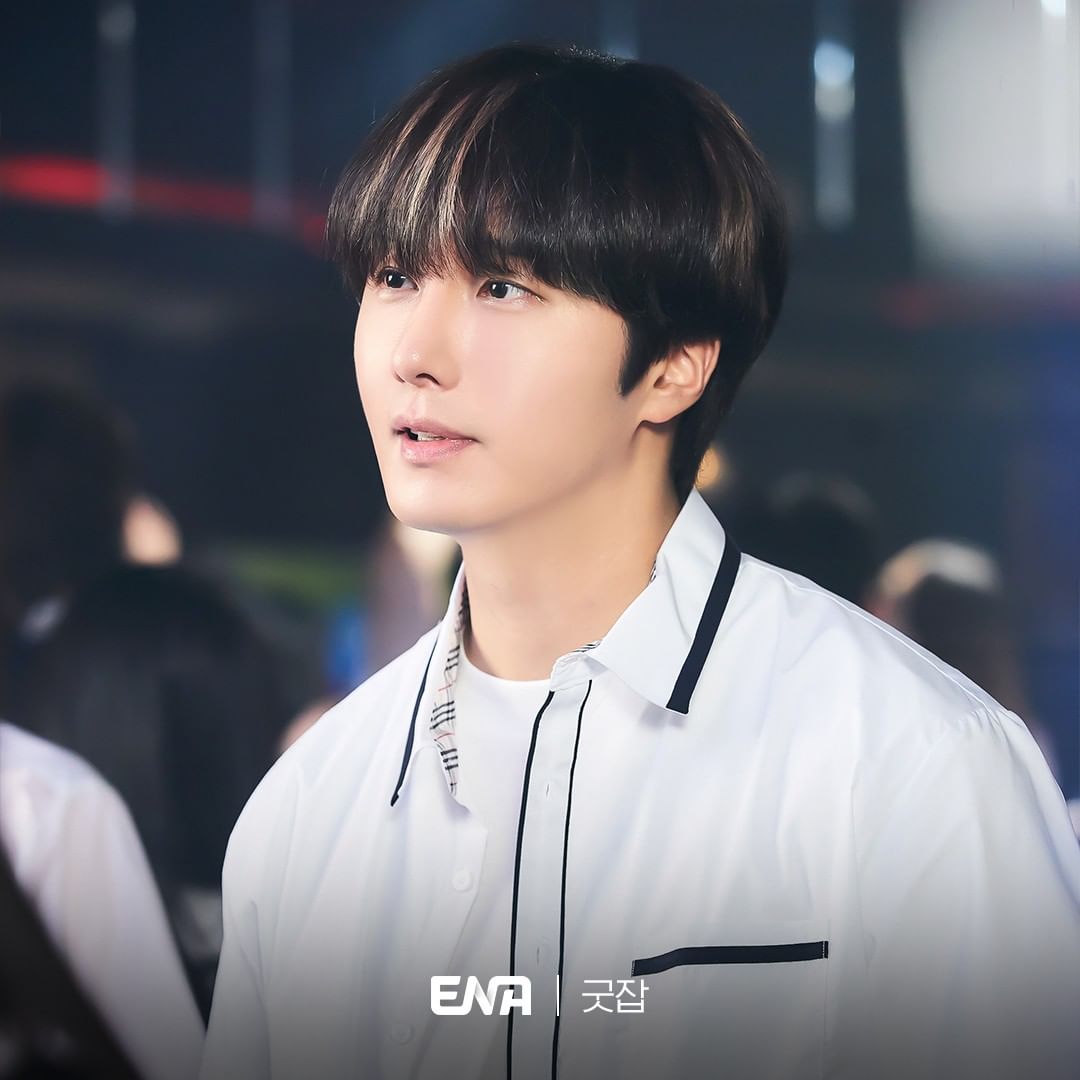 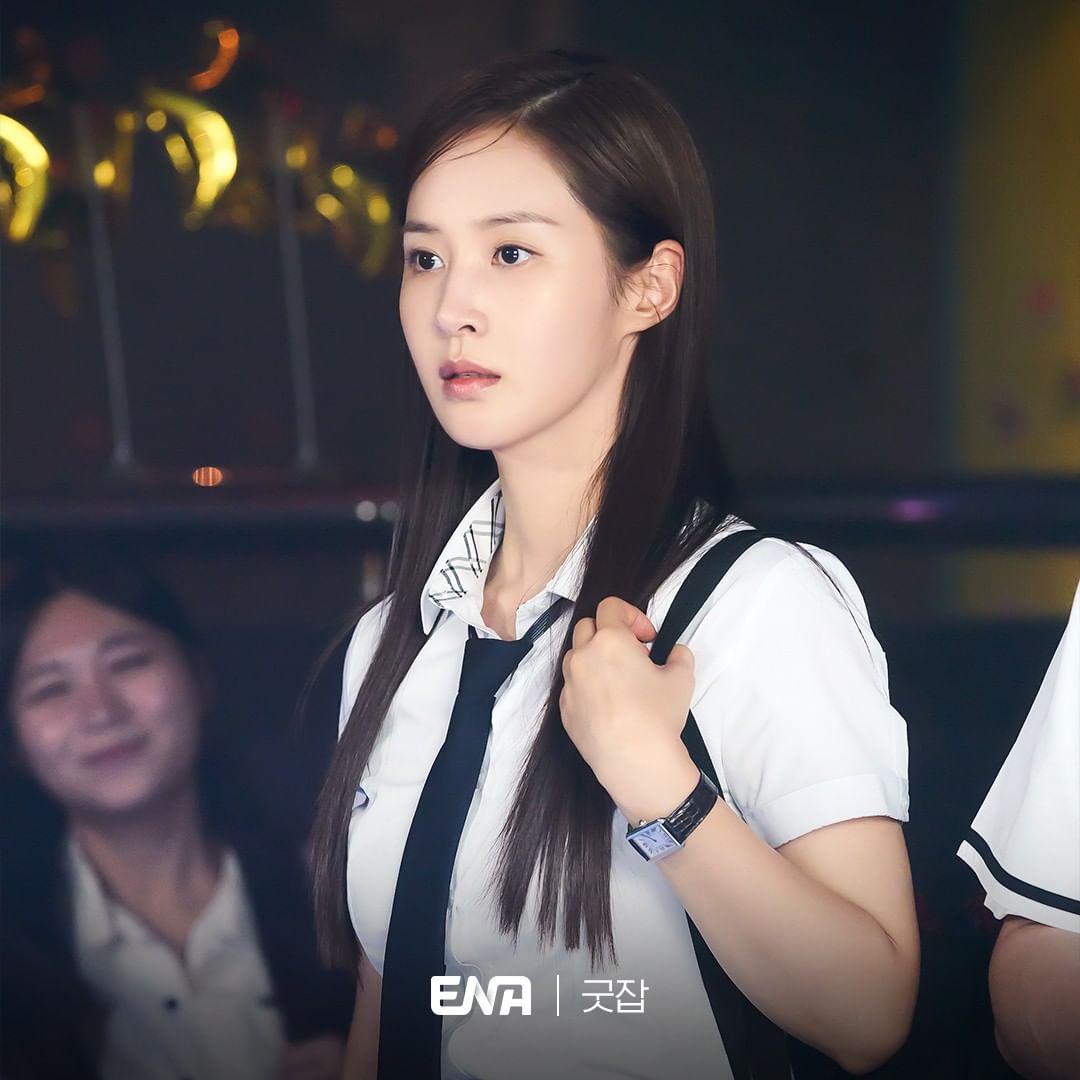 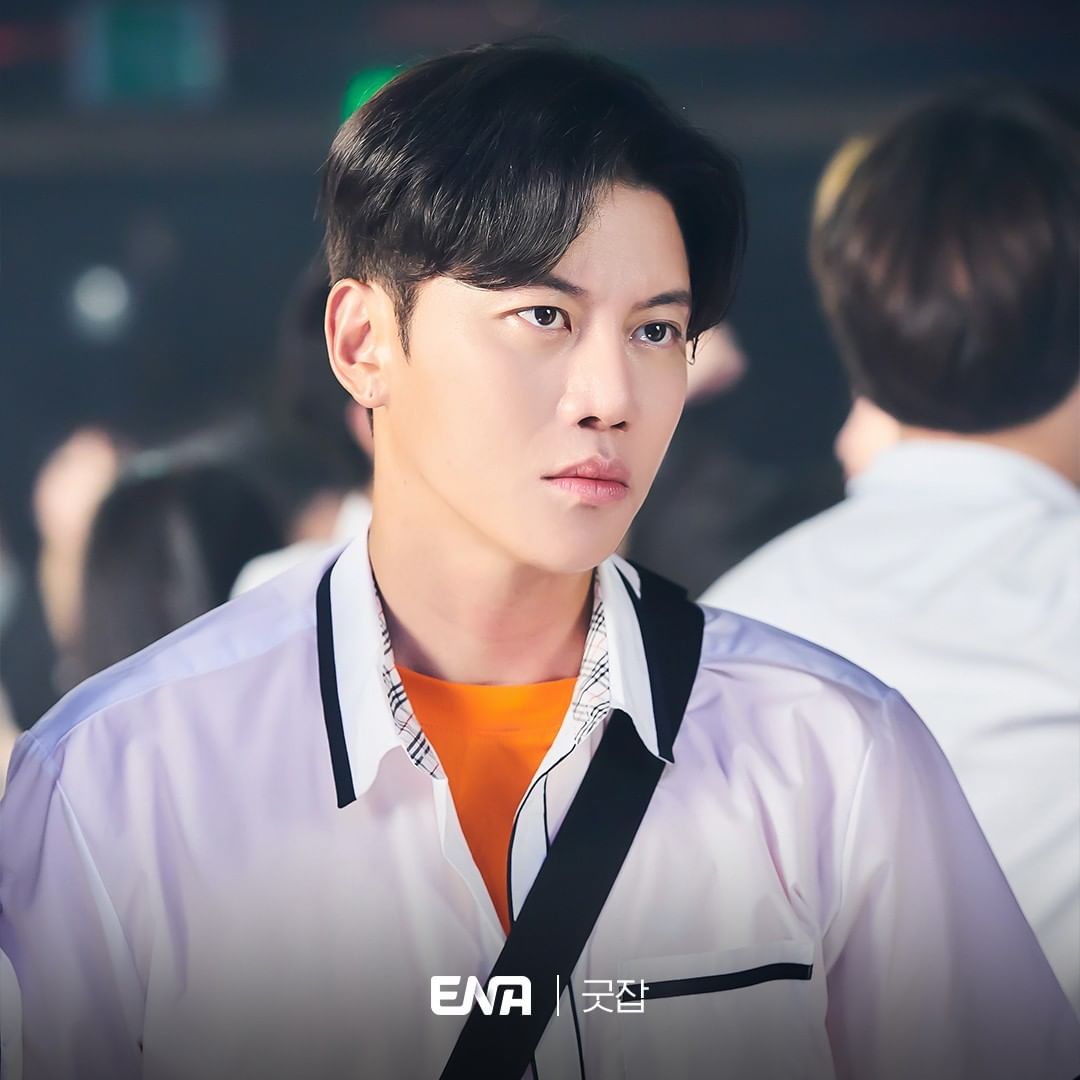 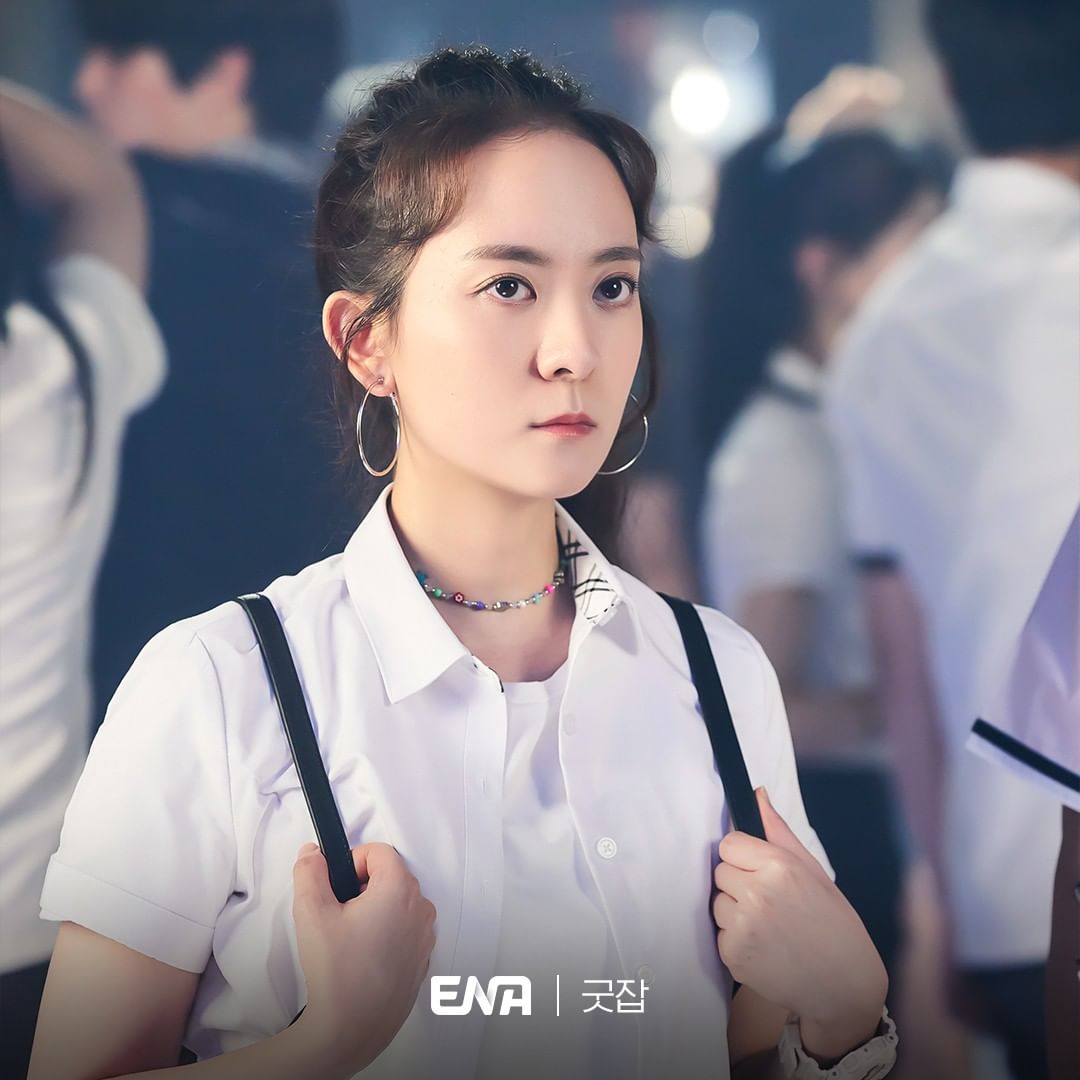 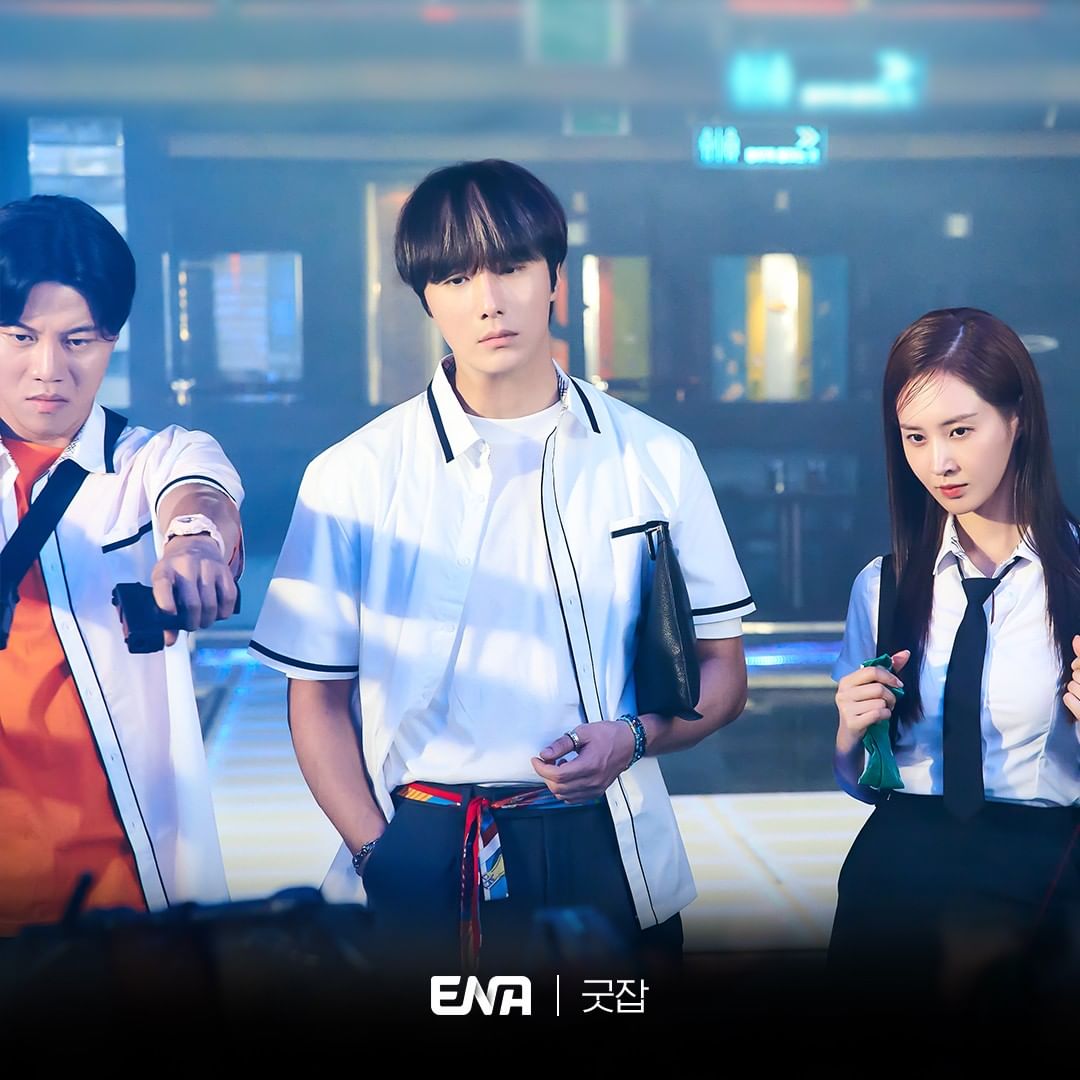 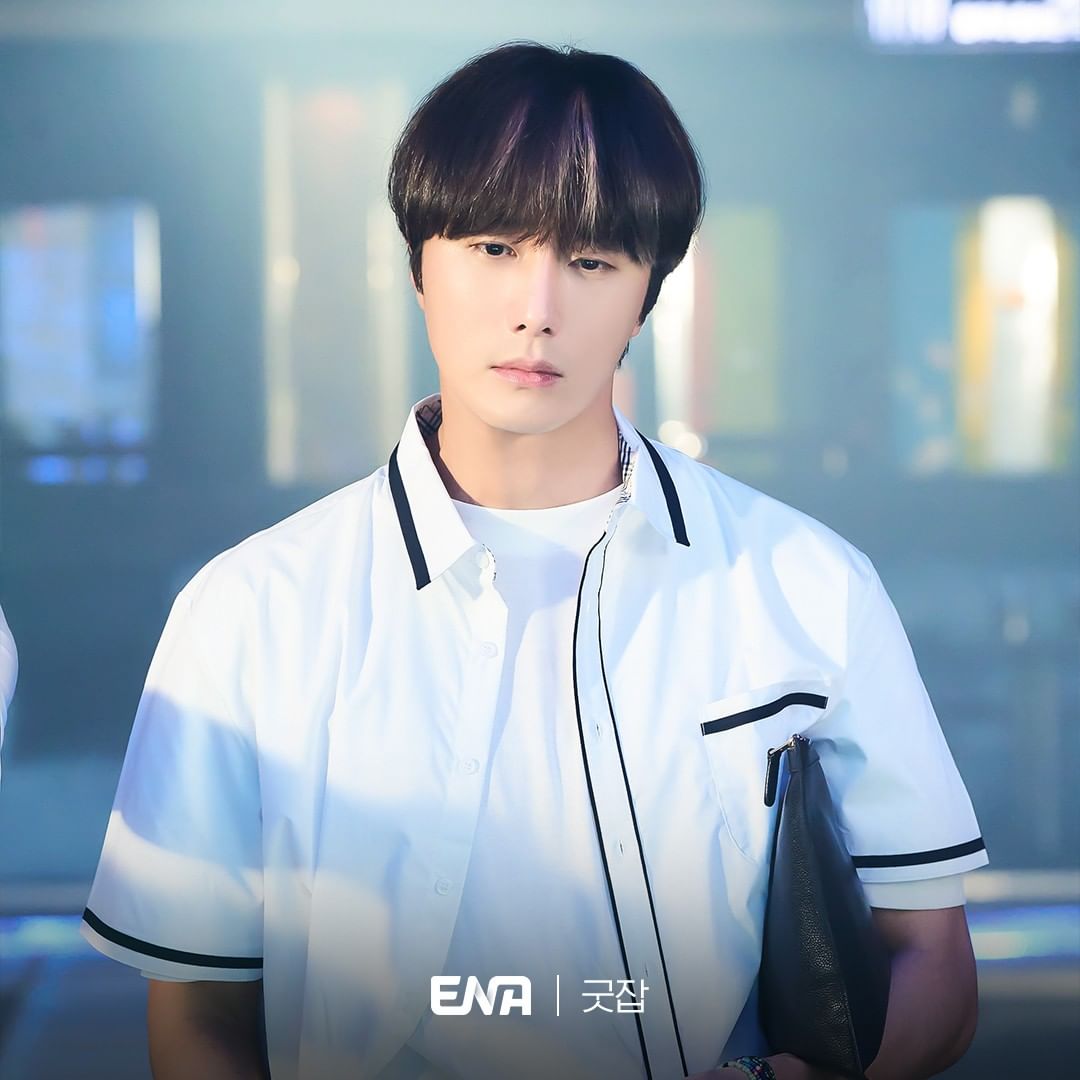 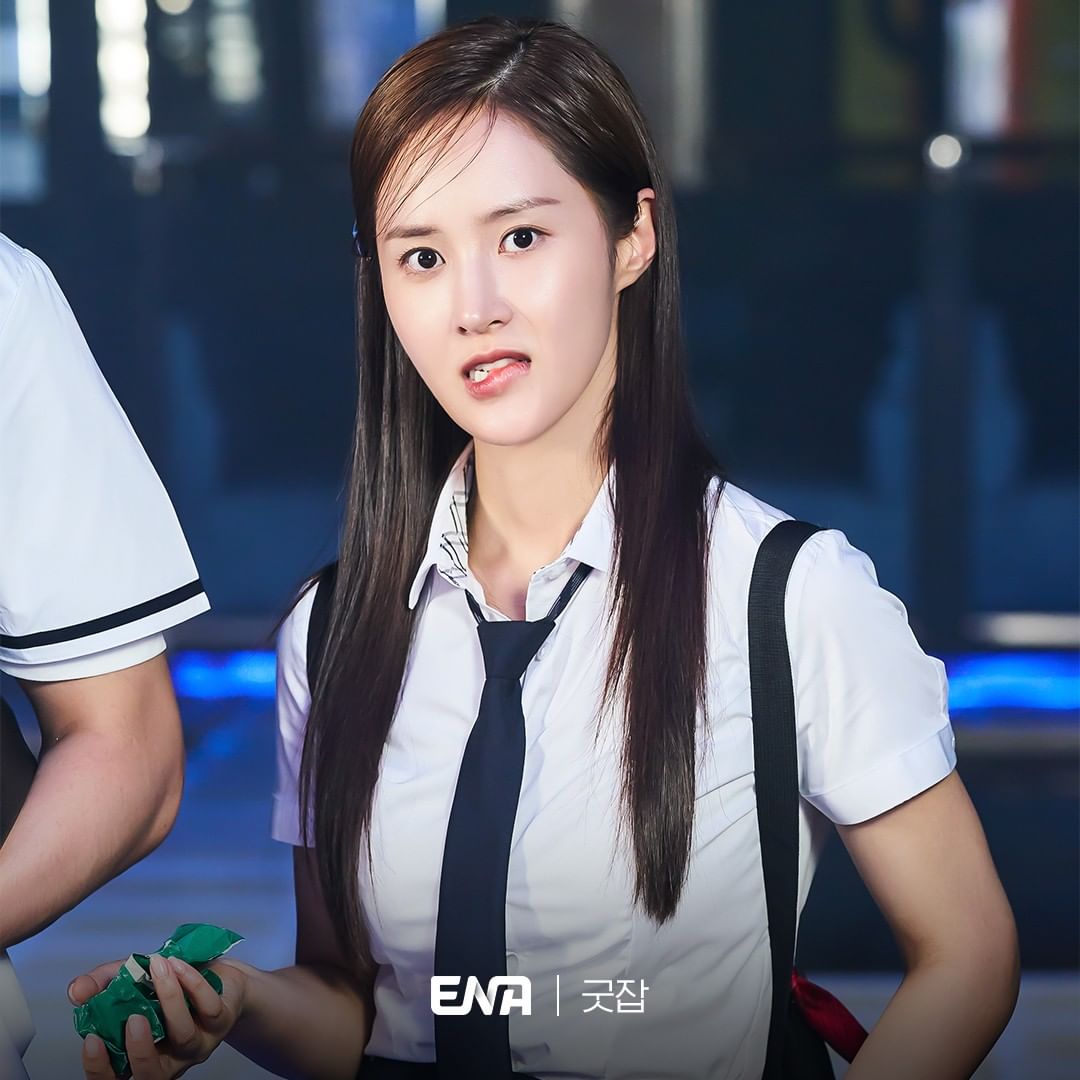 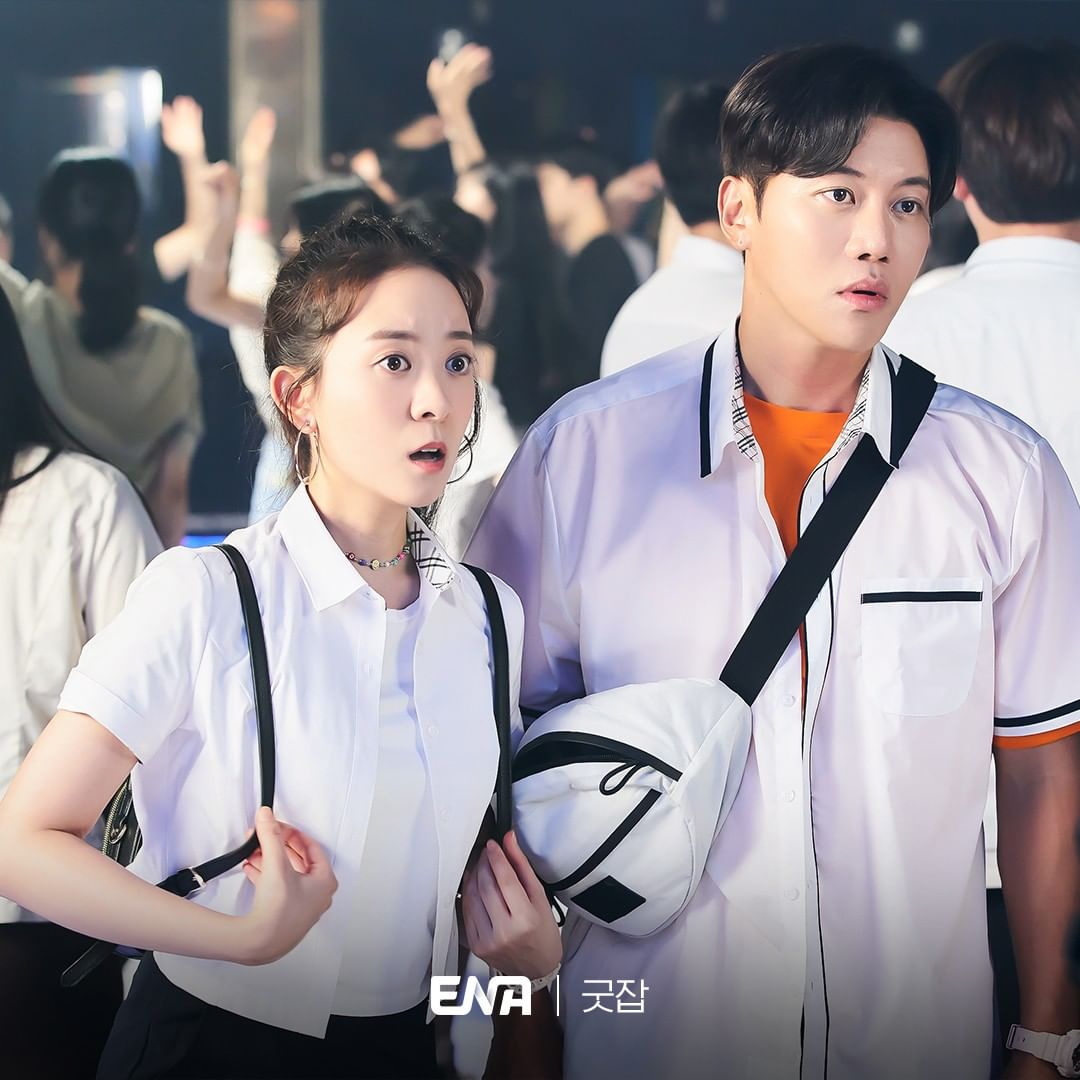 Check out the first episode of “Good Job” with subtitles here: