“One Dollar Lawyer” will star Namgoong Min as Cheon Ji Hoon, a lawyer who only charges an attorney’s fee of 1,000 won (approximately $0.75) despite his renowned skills. A hero who comes to the rescue of clients without money or connections, Cheon Ji Hoon isn’t afraid of facing off against the rich and powerful who use expensive lawyers to escape the law.

Kim Ji Eun takes on the role of Baek Ma Ri who is in the last stages of training at the Judicial Research and Training Institute to become a prosecutor. She is from a “royal family” among judicial circles with superb qualifications and a splendid future set out for her.

The newly released poster wittily pays a homage to the famous painting “Liberty Leading the People.” The four characters are standing majestically over a mountain of gold bars and 50,000 won (approximately $36.07) bills. Cheon Ji Hoon, who stands at the very top, catches drama fans’ attention with his flag that is the 1,000 won bill. Just like the “goddess of liberty” that led the July Revolution in France in 1830, he will create a world where people will be able to afford a lawyer at a reasonable rate.

Beside him, Baek Ma Ri exudes chic composure with her hot pink suit, but Sa Moo Jang looks anxious as he holds an abacus in his hand. On the other side is Seo Min Hyuk, who displays a puzzled and bewildered expression that sharply contrasts with his solemn robe. 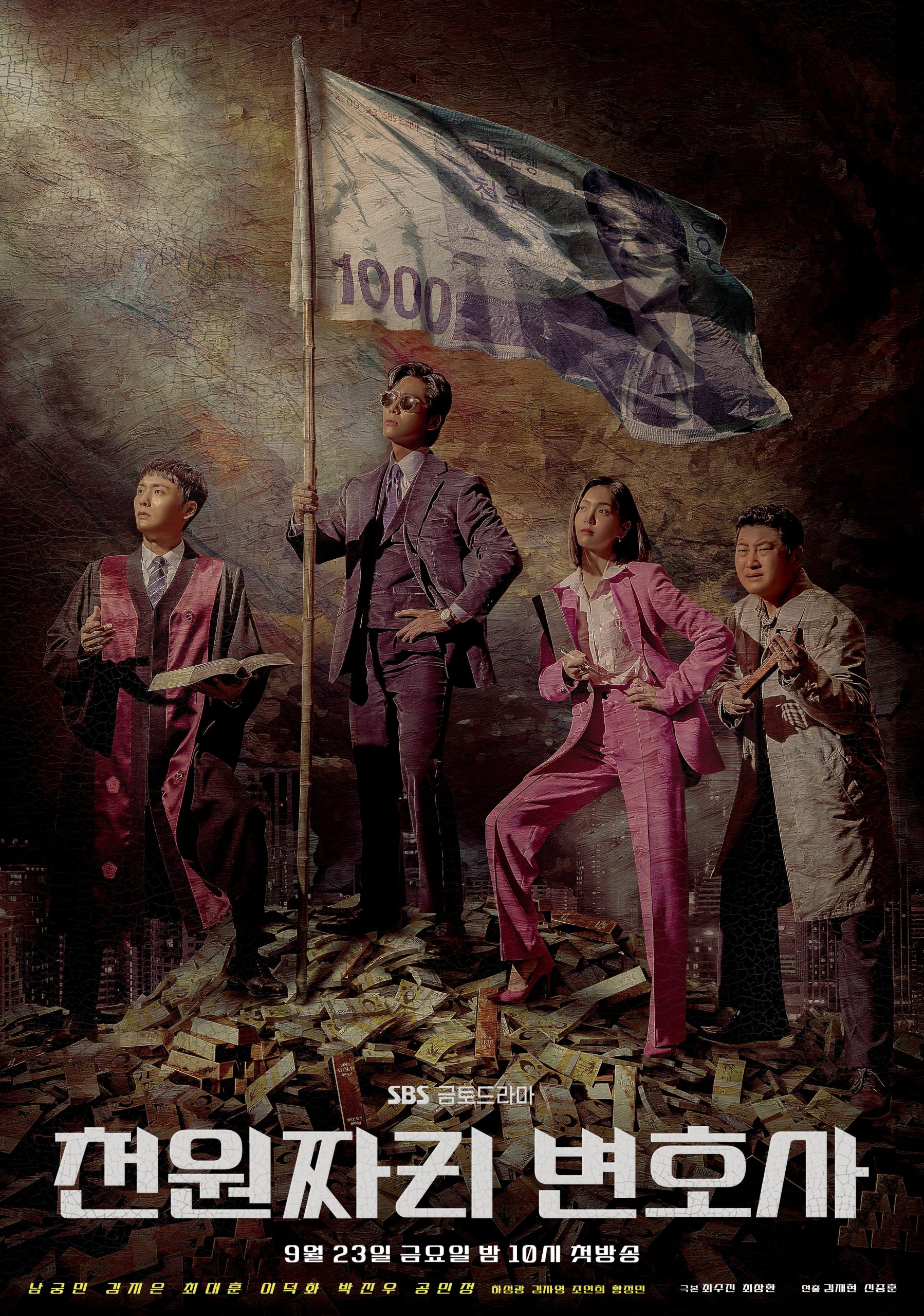 “One Dollar Lawyer” will premiere on September 23 at 10 p.m. KST. Check out a teaser here!

Check out Choi Dae Hoon’s drama “You Raise Me Up” below: