The recently concluded historical fantasy drama “Love Between Fairy and Devil” starring Dylan Wang and Esther Yu has become one of the ultimate favorites among Chinese drama fans this year. The story is an adaptation of the novel “Can Lan Jue” by famous author Jiu Lu Fei Xiang, whose novels have been adapted into successful dramas including “The Blue Whisper” and “The Legends.”

Known as the fearsome Devil Lord and the leader of the Moon Tribe, Dongfang Qingcang (Dylan Wang) is locked away in prison after an ancient battle between the Moon Tribe and Shuiyuntian (the Fairy Kingdom). Being imprisoned for 30,000 years, Dongfang Qingcang is accidentally released by the Orchid Fairy named Xiao Lan Hua (Esther Yu). However, there is a twist – during the process of setting him free, a magical spell has caused the two to switch bodies. As they search for ways to reverse the spell, love gradually blossoms between the pair.

“Love Between Fairy and Devil” is a meteoric success with fervent discussions online both domestically and internationally, becoming a massive trending topic on the internet. It can be described as a well-rounded drama with well-crafted, extraordinary characters. It’s also a poignant love story set in an enchanting fictional universe that will satisfy longtime fantasy lovers and new fans of the genre. Check out the top reasons why you should start watching “Love Between Fairy and Devil” below! 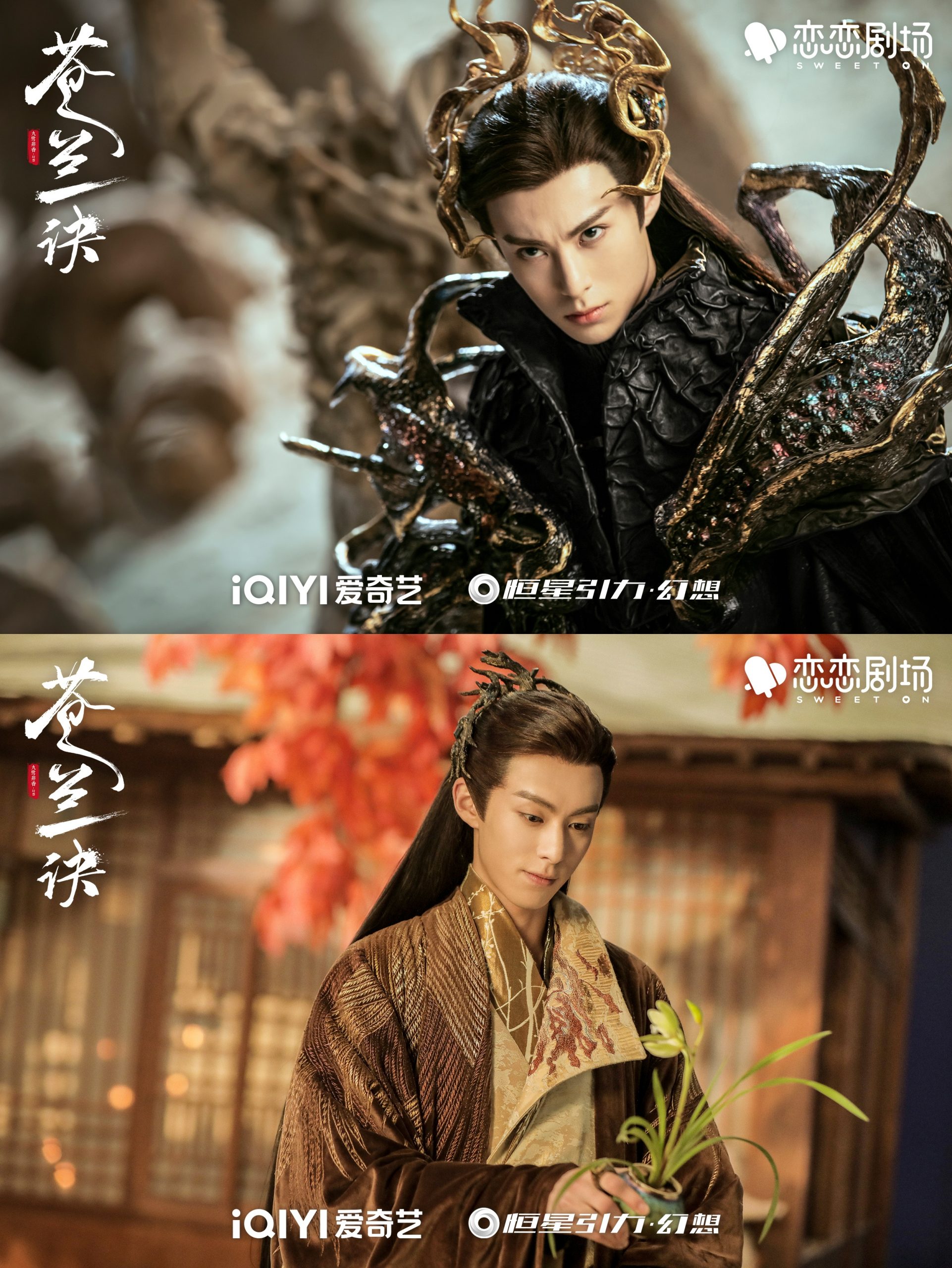 The Moon Supreme Dongfang Qingcang is the definition of an anti-hero. Famously known as the powerful and invincible Devil Lord, he is both greatly feared and hated among the three realms for his arrogant, domineering, and ruthless temperament. All of that changes once he meets Xiao Lan Hua as he begins to recover his emotions that have been lost for thousands of years. Viewers of the drama will all agree that the devilish charm of Dongfang Qingcang, who is both charismatic and sexy, is completely spellbinding. 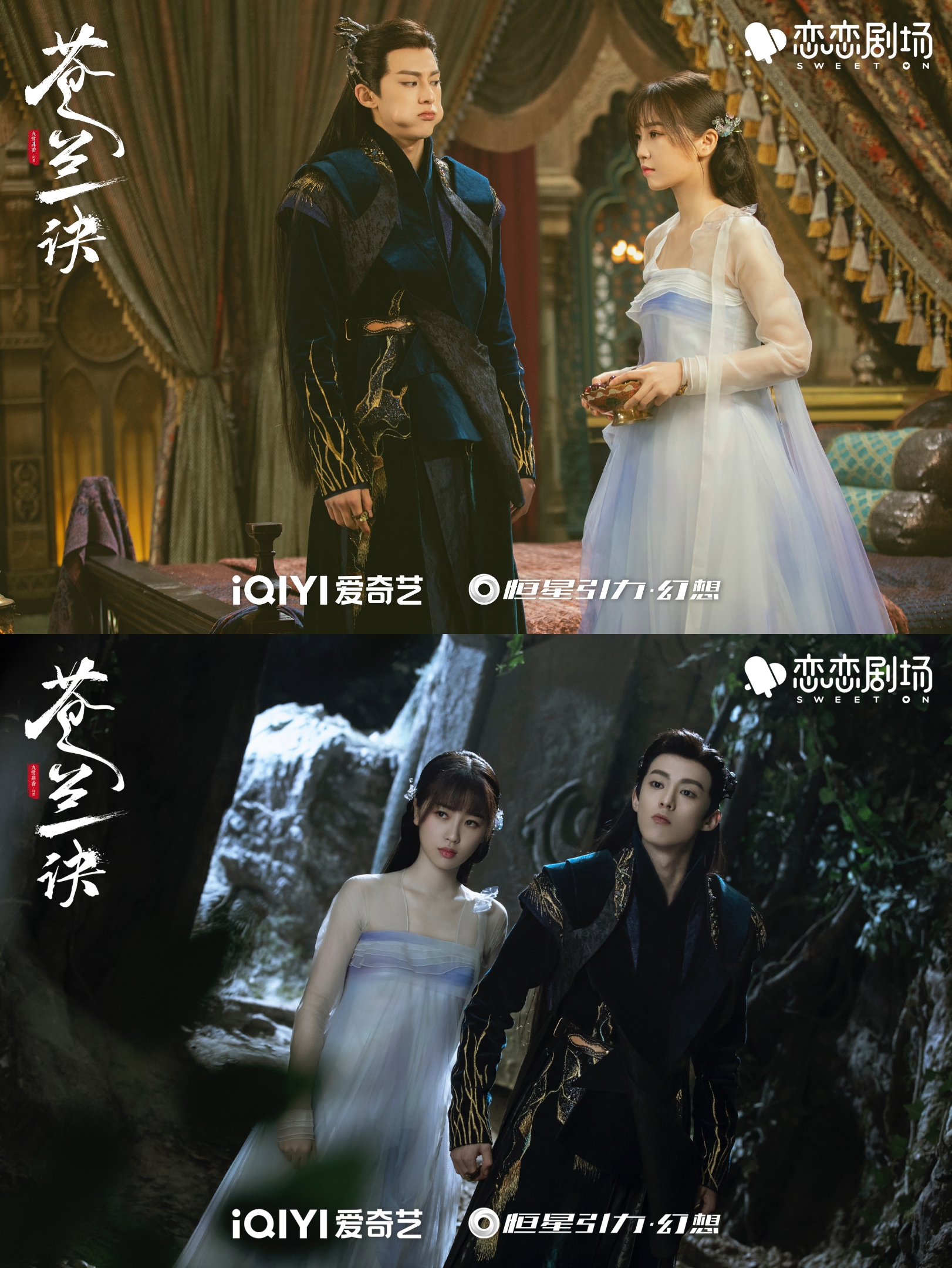 Previously, there were some complaints about the casting of Dylan Wang as Dongfang Qingcang, but he proved to viewers that he does have the acting talent. He has come a long way since his debut through the hit 2018 remake of “Meteor Garden.”

Dylan embodies Dongfang Qingcang’s character perfectly. His character’s transformation felt genuine from an emotionless and coldblooded ruler of the Moon Tribe to an adorable man willing to sacrifice everything for the love of his life Xiao Lan Hua. He handles the comedic and emotional scenes with ease, especially when he slowly relearns the emotions of love, jealousy, worry, and fear. The most amusing moments are definitely during the body swap scenes. Dylan wonderfully adapted Xiao Lan Hua’s mannerisms and body language, making it believable that she was struggling in Dongfang Qingcang’s body. 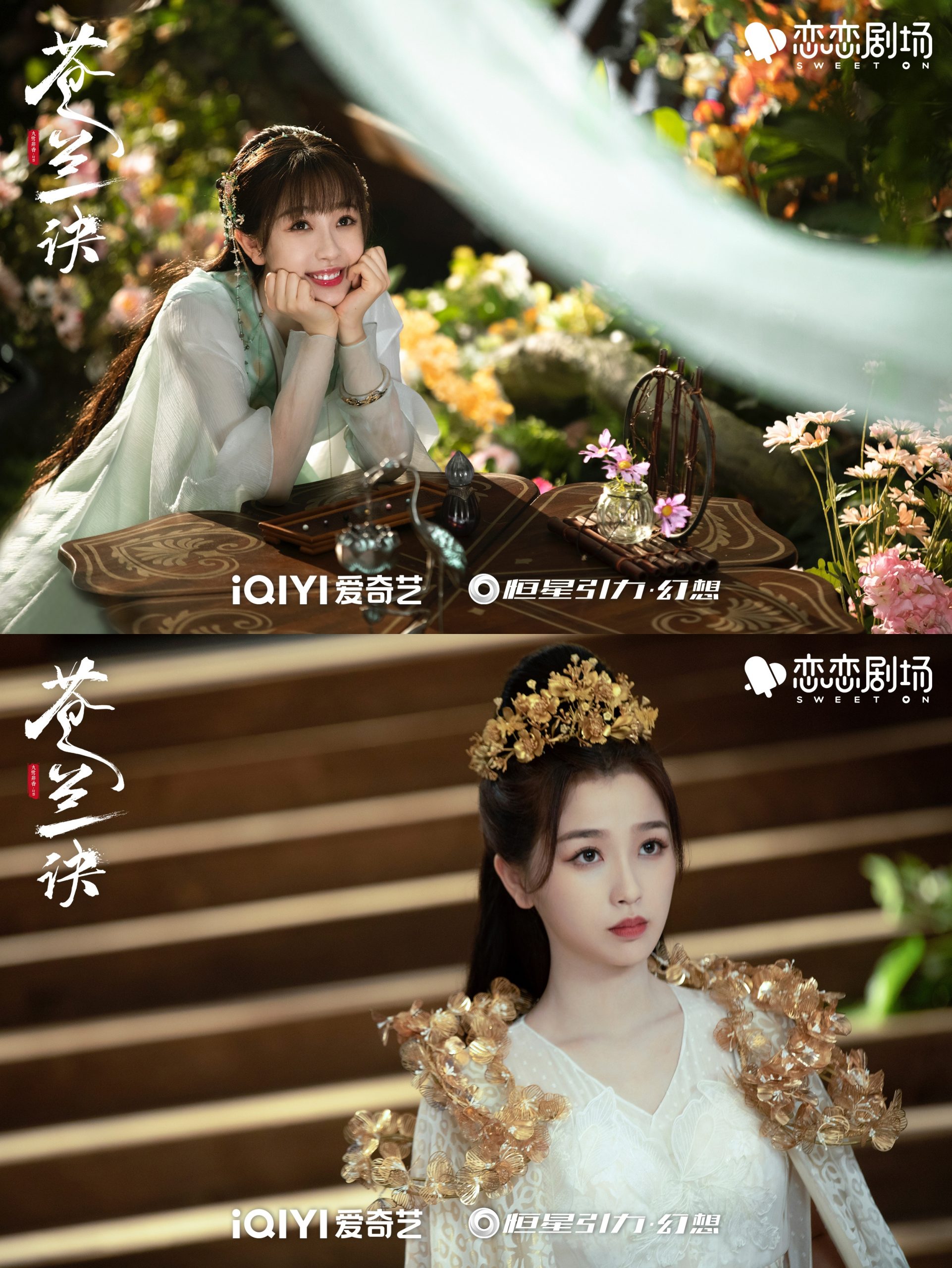 Our fairy orchid Xiao Lan Hua is from Shuiyuntian and is the sole apprentice to the keeper of the Books of Destiny at the Arbiter Hall. She is warm, bubbly, and super adorable, but she is also very timid and innocent. Despite being known as a lowly fairy with weak powers, her character transitions and develops into a strong, determined, and brave individual. What is so wonderful about Xiao Lan Hua is despite the harsh and difficult journey she encounters, she never loses her true essence, which is her generous and compassionate heart. Xiao Lan Hua is naturally able to bring out the best in people with her unwavering trust. She is just a ray of sunshine that you can’t help but fall in love with, just like Dongfang Qingcang. 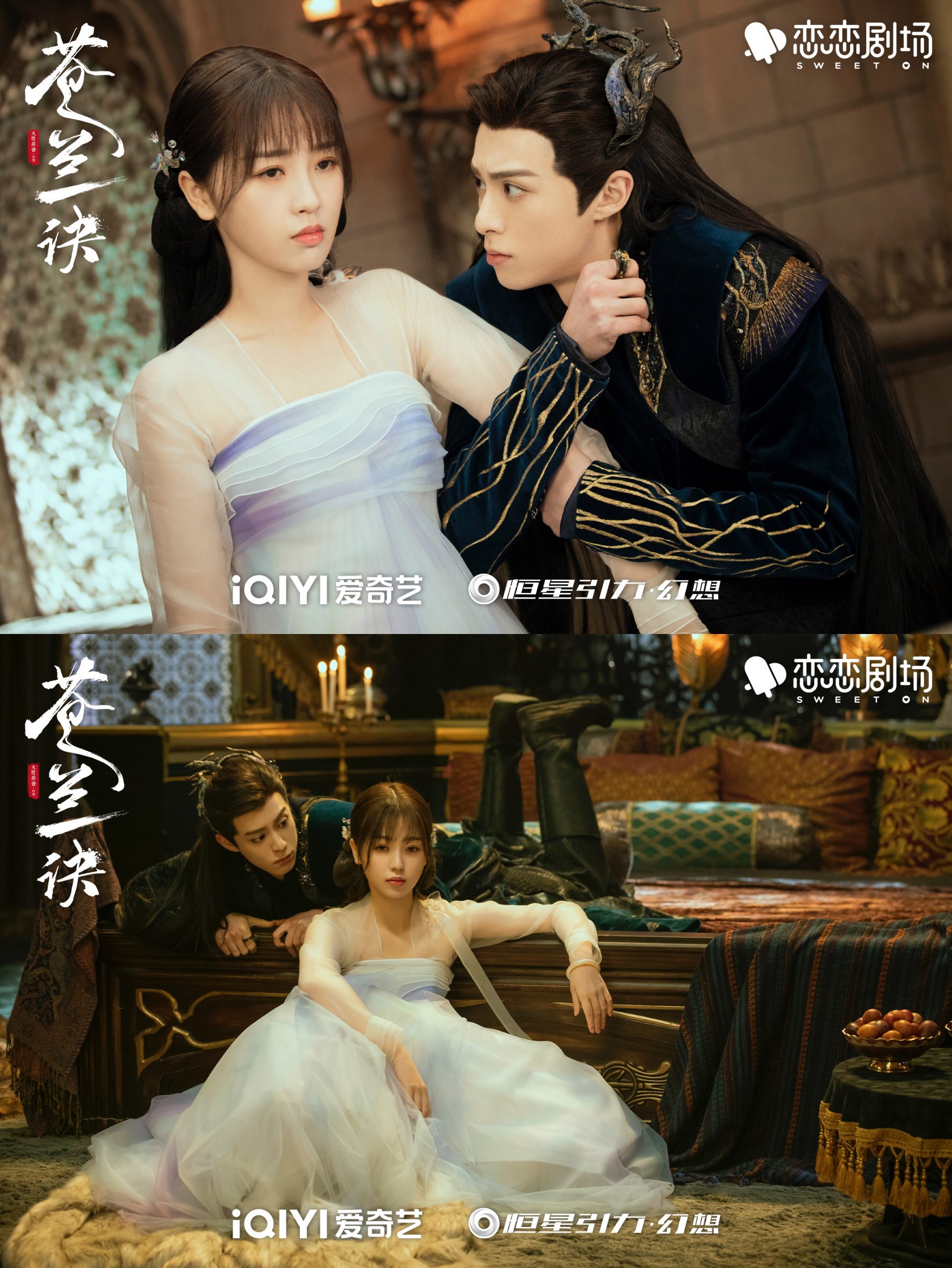 Esther Yu displays her acting talent through her versatility in portraying three different characters. She does this meticulously through her changes in articulation and demeanor for each character. I especially liked the evolution of her voice. At the beginning, Esther spoke with a higher-pitched voice indicating Xiao Lan Hua’s childlike innocence. As the story progresses, her voice slowly changes to match the maturity of her character. And in the body-swap scenes with Dongfang Qingcang, she uses a different and deeper voice, adding more depth to her performance which she pulled off effortlessly. 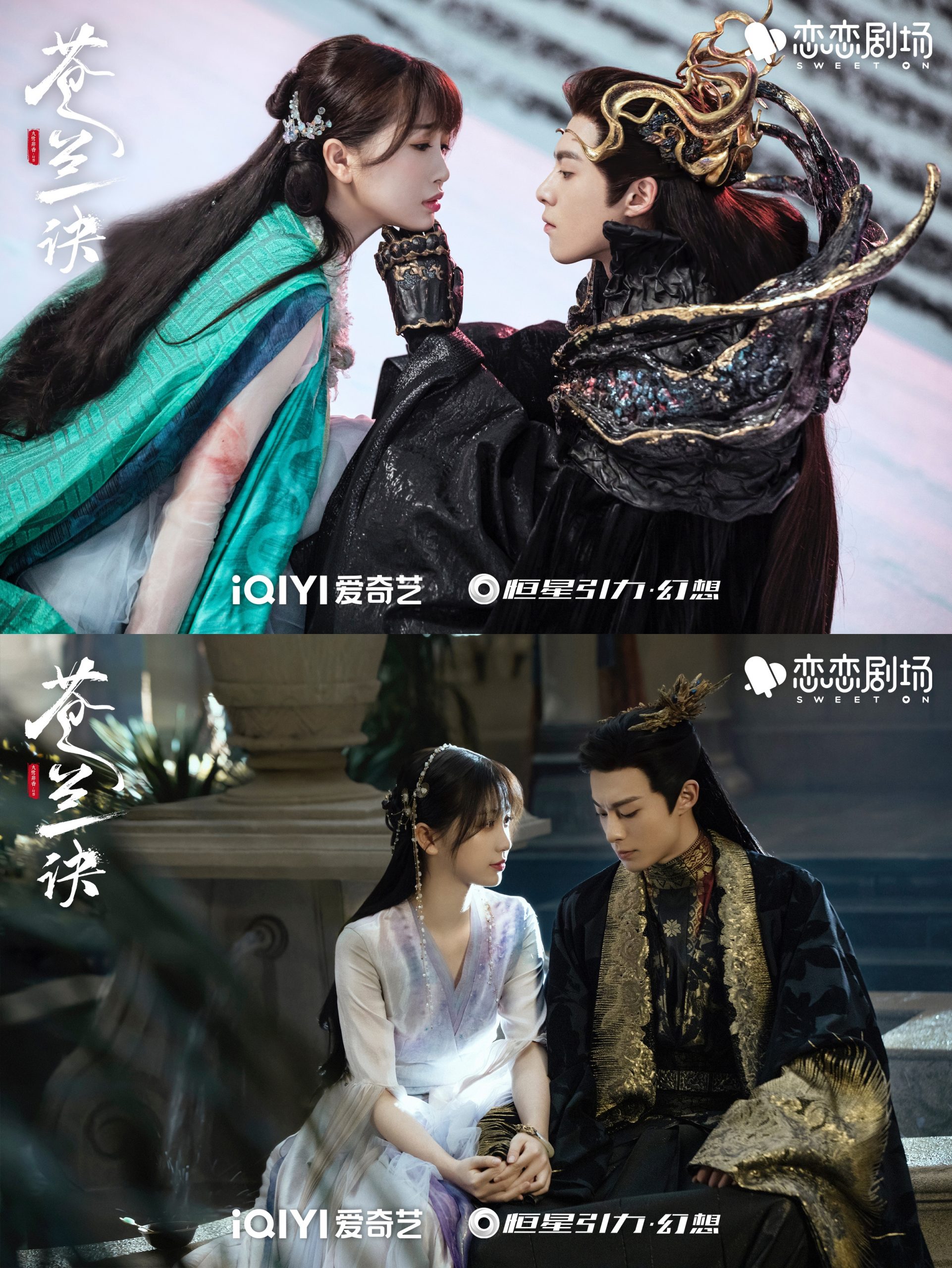 “There is no reasoning to love. No matter good or evil, immortal or mortal, if you love him, you love him.” – Si Ming

The storyline of “Love Between Fairy and Devil” is simple yet very poignant as the drama demonstrates how powerful love can be in transforming a person. Although it is the typical “cold male falls for good girl” trope mixed with a classic forbidden love story, it’s a captivating and gut-wrenching romance that will move you to tears. The drama executes the age old question “why is love so important?” superbly with Xiao Lan Hua and Dongfang Qingcang’s complex romance. It demonstrates how true love has no boundaries and that nothing can go against fate except for love. 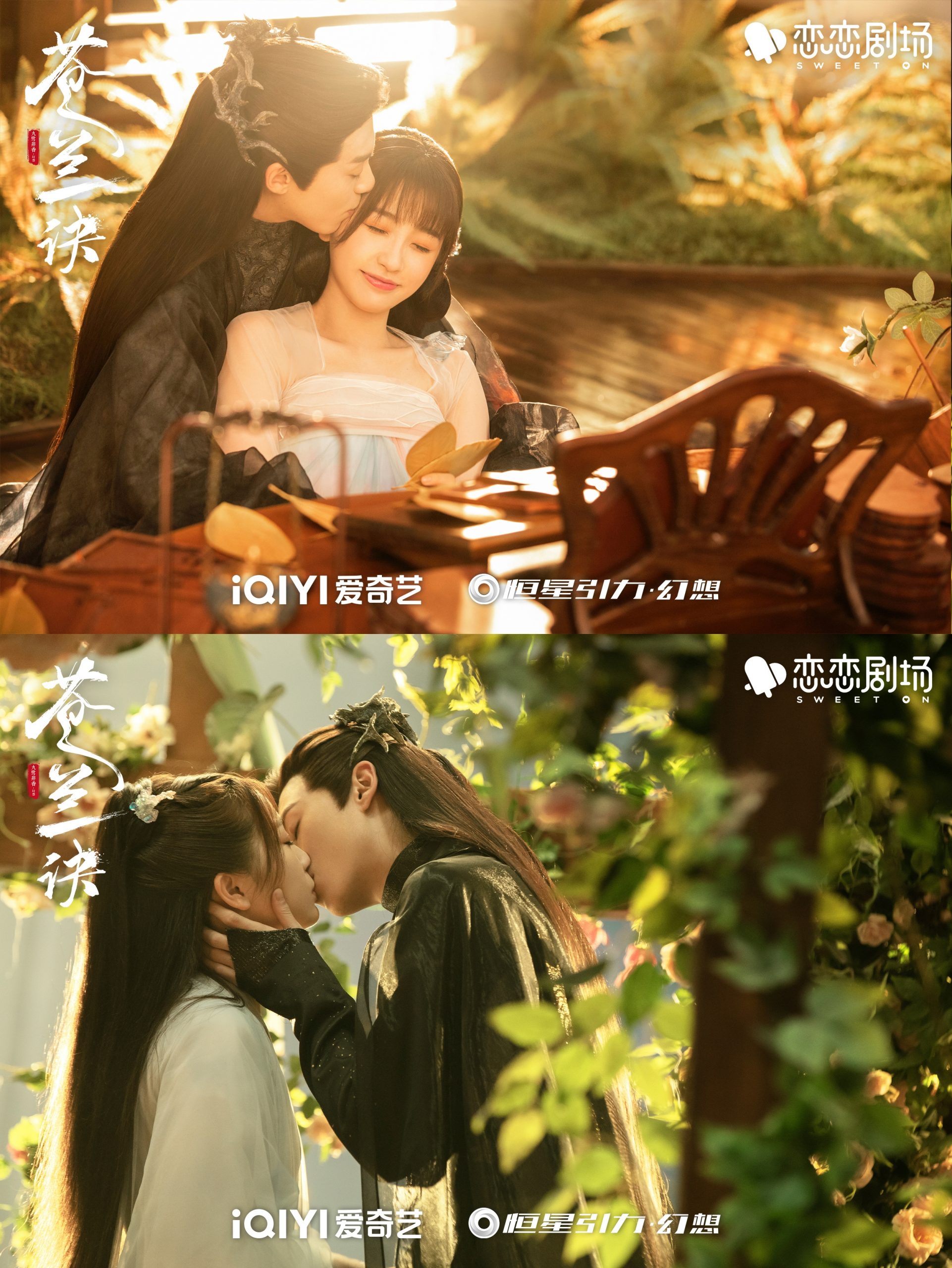 The best part of “Love Between Fairy and Devil” is that it showcases how human relationships can help you heal from painful past experiences. It’s incredible how an emotionless Dongfang Qingcang who killed without mercy slowly warms up to Xiao Lan Hua. Their love helps them to learn and progress as individual characters with Xiao Lan Hua growing in her confidence and Dongfang Qingcang learning to accept human emotions. Esther Yu and Dylan Wang have magical onscreen chemistry that demonstrates their grand love story intricately with a natural progression. As viewers witnessing their display of unwavering and earth-shattering love, it’s incredibly touching. 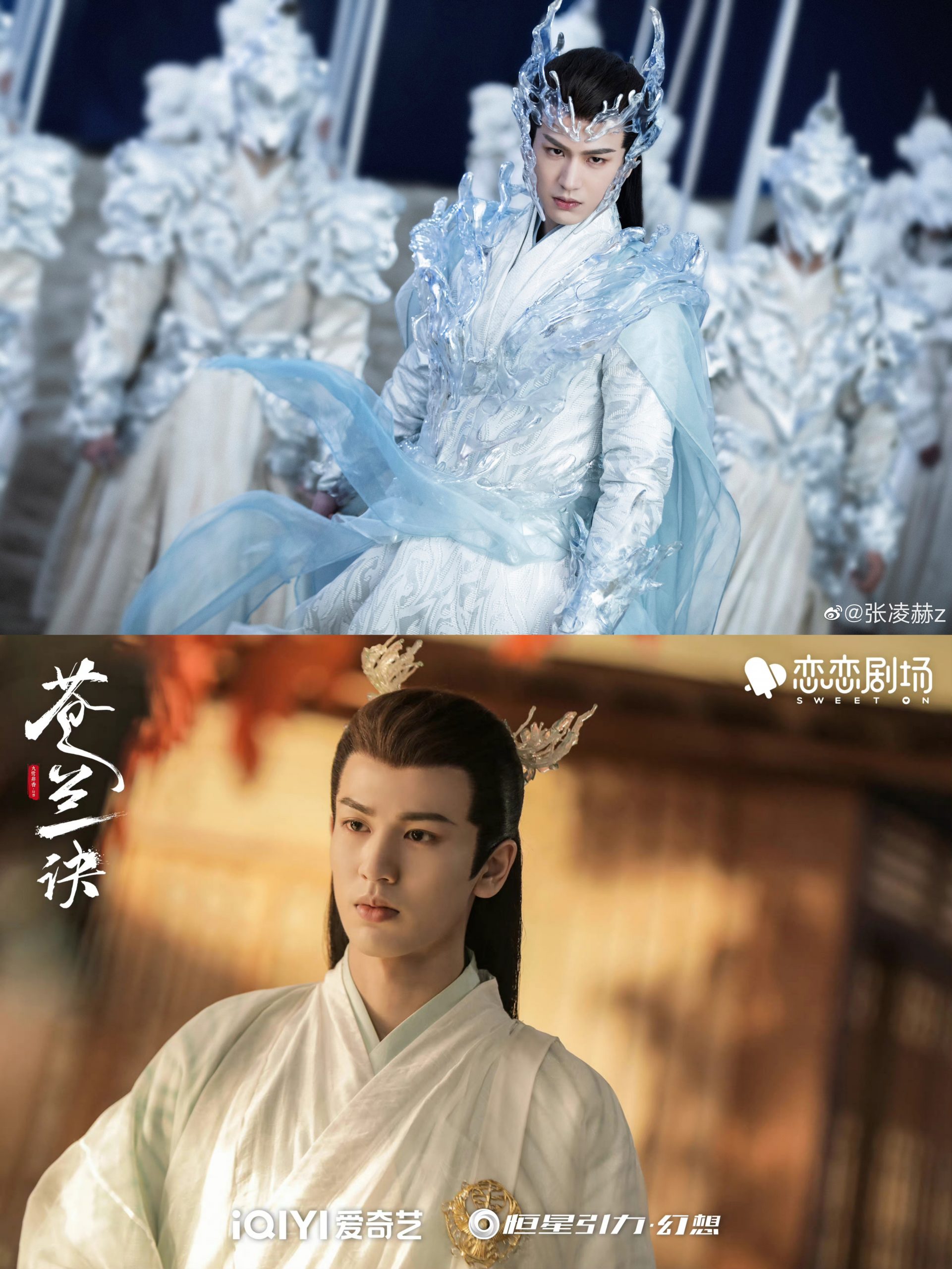 Of course, a drama isn’t complete without a love triangle. Zhang Ling He helps to fill that role as Lord Changheng, also known as the God of War of Shuiyuntian. He’s been betrothed for a thousand years to the Goddess Xiyun whom he has never met, but it did not stop him from falling deeply in love with Xiao Lan Hua. Throughout the drama, he is often torn between protecting Xiao Lan Hua and his duties in protecting his kingdom.

Changheng can be described as the exact opposite of Dongfang Qingcang. As a royal prince, he is kind, considerate, and well-mannered. Despite all his missed chances, Changheng’s devotion, sacrifices, and love towards Xiao Lan Hua is truly touching and admirable. As an audience, you can’t help but develop second lead syndrome. 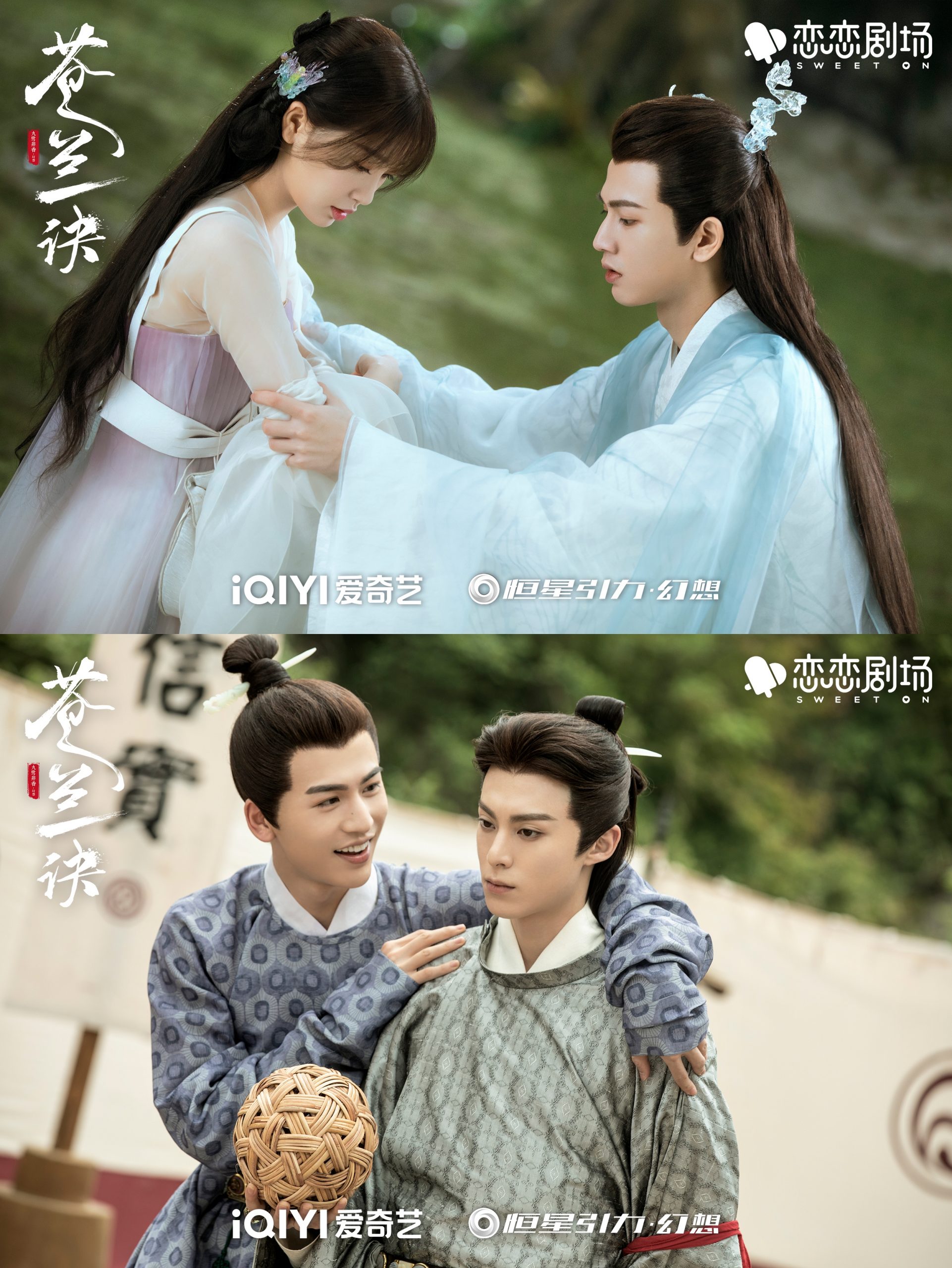 Zhang Ling He did a great job in his portrayal of Changheng with his soft and gentle gazes. In the latter part of the drama, he plays a different character named Xiao Run, a rich and goofy playboy in the mortal realm. Both Changheng and Xiao Run are quite opposites of each other, but Zhang Ling He easily brought both characters to life with his emotive acting. Also, his unexpected but hilarious bromance with Dongfang Qingcang is a fun highlight! 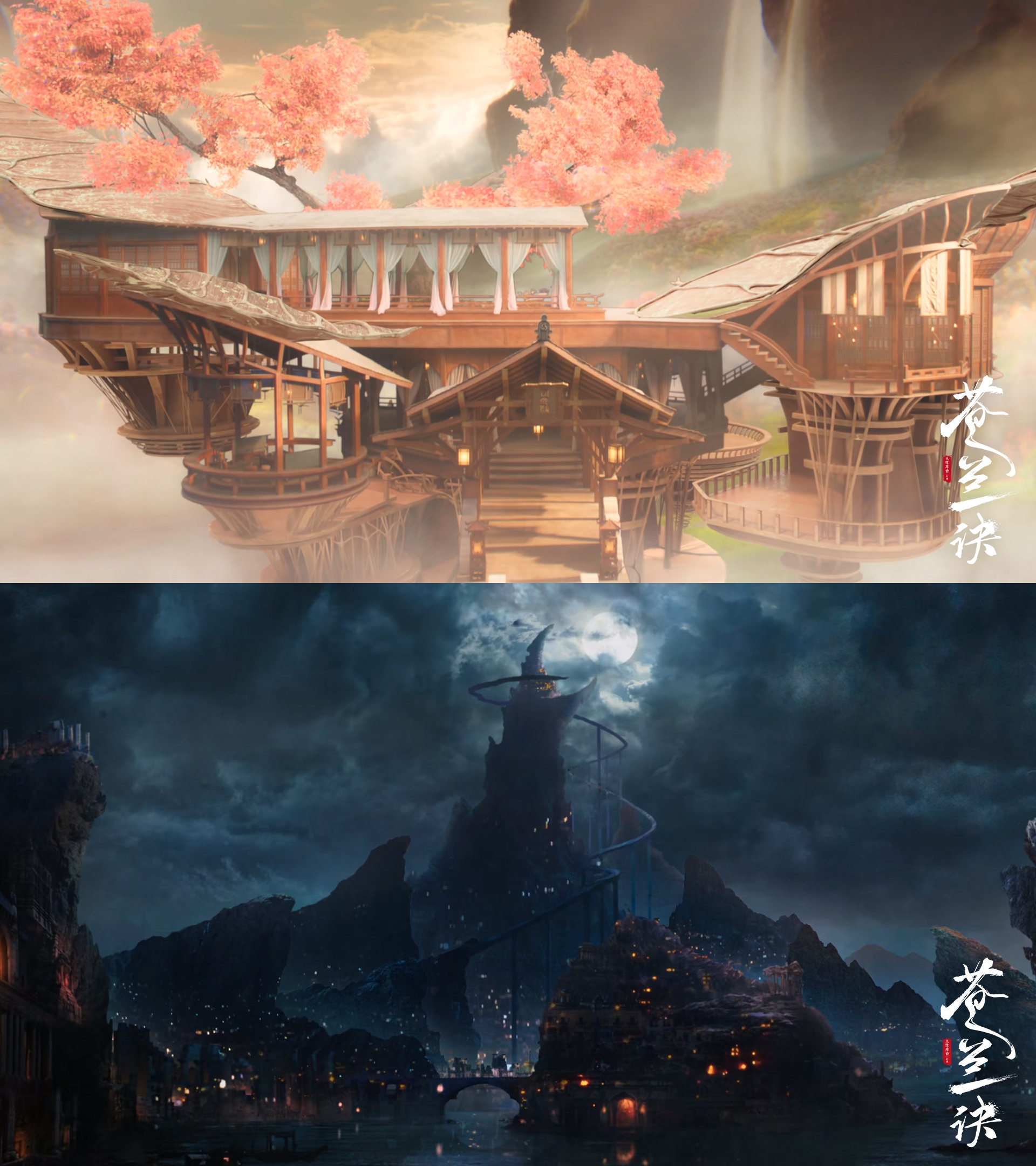 One of the biggest draws of “Love Between Fairy and Devil” is the gorgeous and artistic visuals. The drama is a feast for the eyes with its depiction of Shuiyantian and Cangyan Sea where the Moon Tribe resides. The meticulous visual art, color palette, special effects, lighting, and cinematography result in an ethereal masterpiece. From the cloud whales to the pink tree in Arbiter Hall and Cangyan Sea’s castle, you can tell that everything was carefully planned and designed to enhance the entire drama-watching experience. 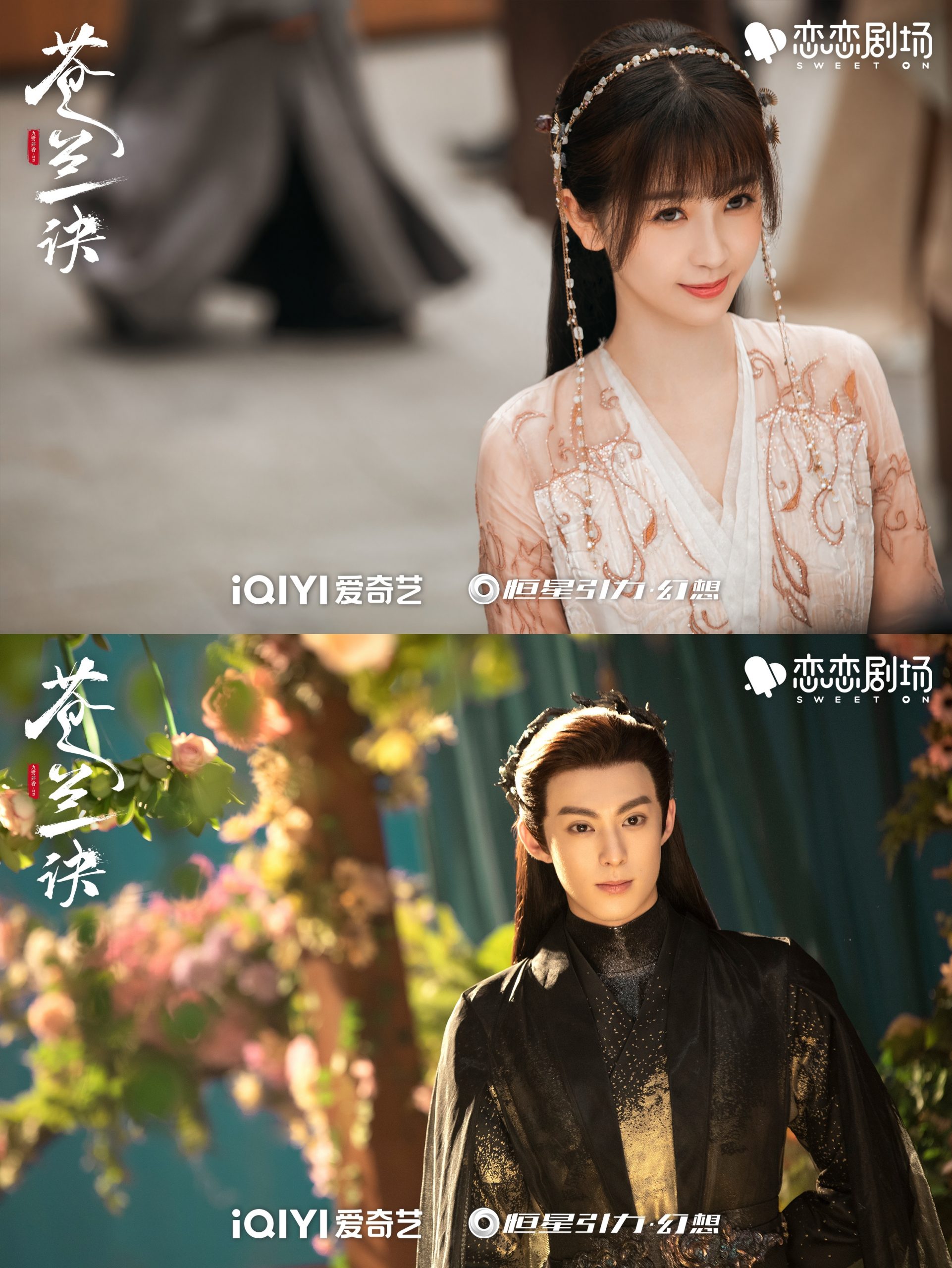 The director of “Love Between Fairy and Devil” Yi Zheng revealed that the preparation took over four years before filming even began, and it shows with its top-notch production values. In Shuiyantian, the immortals wear bright and soft colored costumes with headpieces that are heavily influenced by Chinese culture. In contrast, people from the Moon Tribe wear heavier and structured dark clothing with European and medieval elements. The costumes capture each characters’ unique personalities with its intricate details like Xiao Lan Hua’s airy pastel dresses to Dongfang Qingcang’s mostly dark outfits with touches of gold or silver showcasing his regal status. 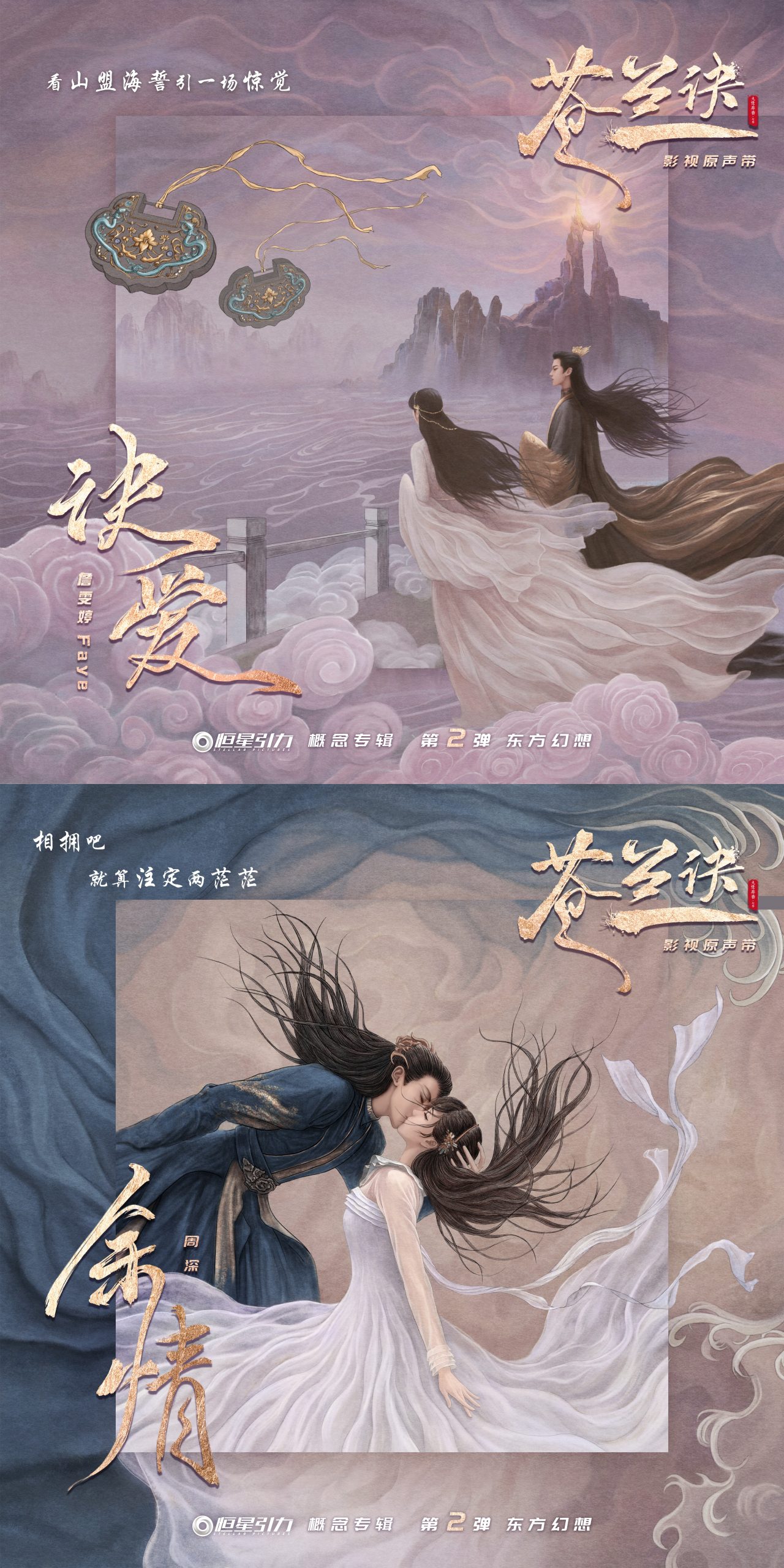 Every great drama isn’t complete without a fantastic OST to pull your heartstrings. There are nine songs in the soundtrack, all beautifully written lyrics and melodies to serve the purpose of amplifying the emotions for each scene. The songs are sung by talented well-known singers including Liu Yuning, Zhou Shen, and Faye Chan. The opening theme, “Parting Love” by Faye Chan, particularly stands out in that it expresses the immense love and sacrifice between Xiao Lan Hua and Dongfang Qingcang. Besides the drama’s beautiful posters and artwork, the production also spent extensive effort into the soundtrack artwork with stunning drawings of notable scenes between Xiao Lan Hua and Dongfang Qingcang for each song.

Hey Soompiers, have you seen “Love Between Fairy and Devil”? If so, what did you love about it? Let us know in the comments!

Currently watching: “Happy Enemy” and “Young Actors’ Retreat”
All-time favorite dramas: “Go Ahead,” “Nirvana In Fire,” “Queen In Hyun’s Man,” “A Witch’s Romance,” “Love O2O,” “Skate Into Love,” and “My Mr. Mermaid.”
Looking forward to: “She & Her Perfect Husband,” “My Girlfriend is an Alien 2,” and “Where Dreams Begin.”

Soompi Spotlight
Dylan Wang
Zhang Ling He
Love Between Fairy and Devil
Esther Yu
How does this article make you feel?