With the promise of being a heartwarming and healing drama, “Once Upon a Small Town” has the makings to be a drama that touches your heart. Based on the web novel of the same name, it follows the story of Han Ji Yool (Chu Young Woo), a veterinarian in Seoul who is tricked into moving back to the countryside to work at his grandfather’s vet office temporarily. There he meets the capable and dependable Ahn Ja Young (Red Velvet’s Joy), a police officer known for helping everyone with anything, and her best friend Lee Sang Hyun (Baek Sung Chul). The premiere episodes are filled with humor, chaos, and romance — the best things K-dramas are known for. Here are some of the best parts of the premiere!

With a bumpy, bickering start and a secret childhood connection that only one of them remembers, Ahn Ja Young and Han Ji Yool already embody some of the best tropes of a K-drama leading couple. However, what really solidifies their relationship as swoon-worthy is their conversation at the peach tree farm. Here, Han Ji Yool asks Ahn Ja Young whom she relies on after she offers to help him while he’s staying in Heedong Village. Unable to answer, Ahn Ja Young looks perplexed as if she has never had anyone ask her that before. Meanwhile, Han Ji Yool just smiles to himself before returning to covering the peaches. 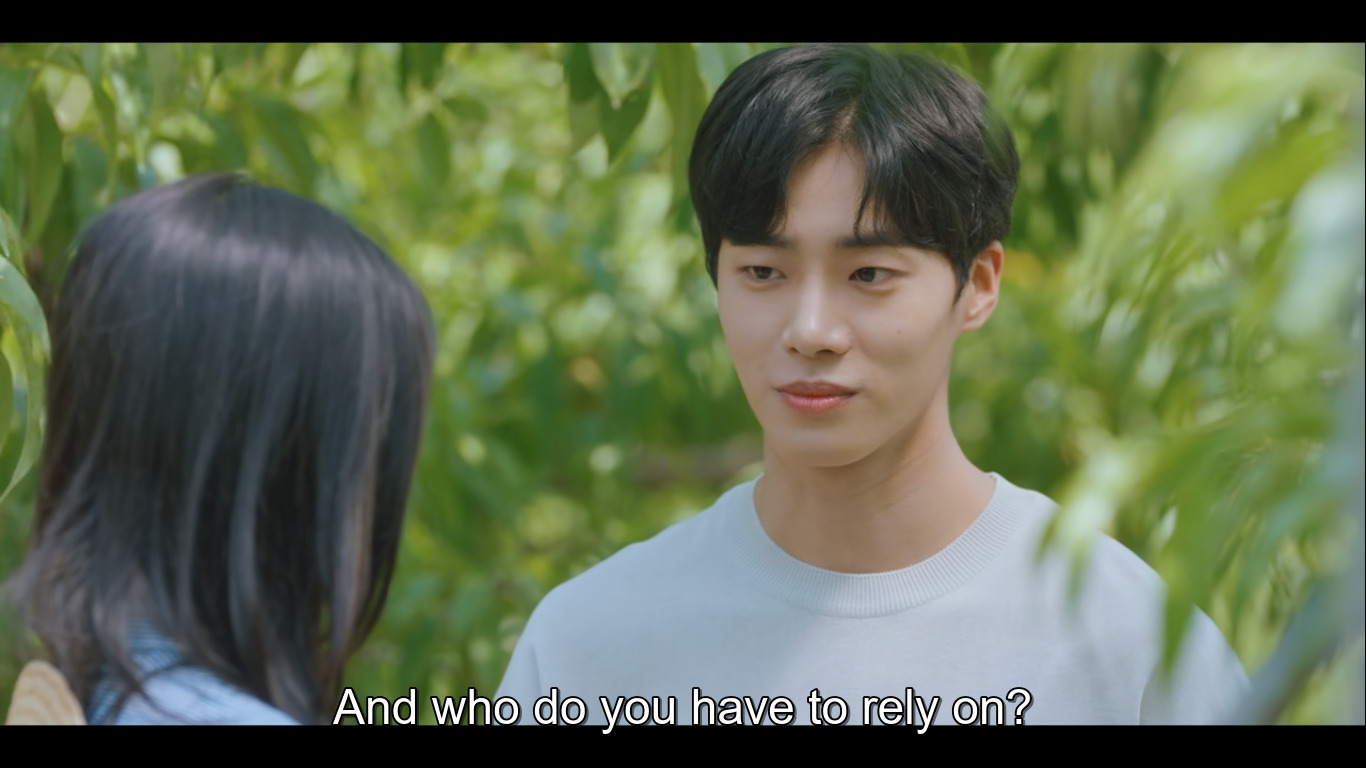 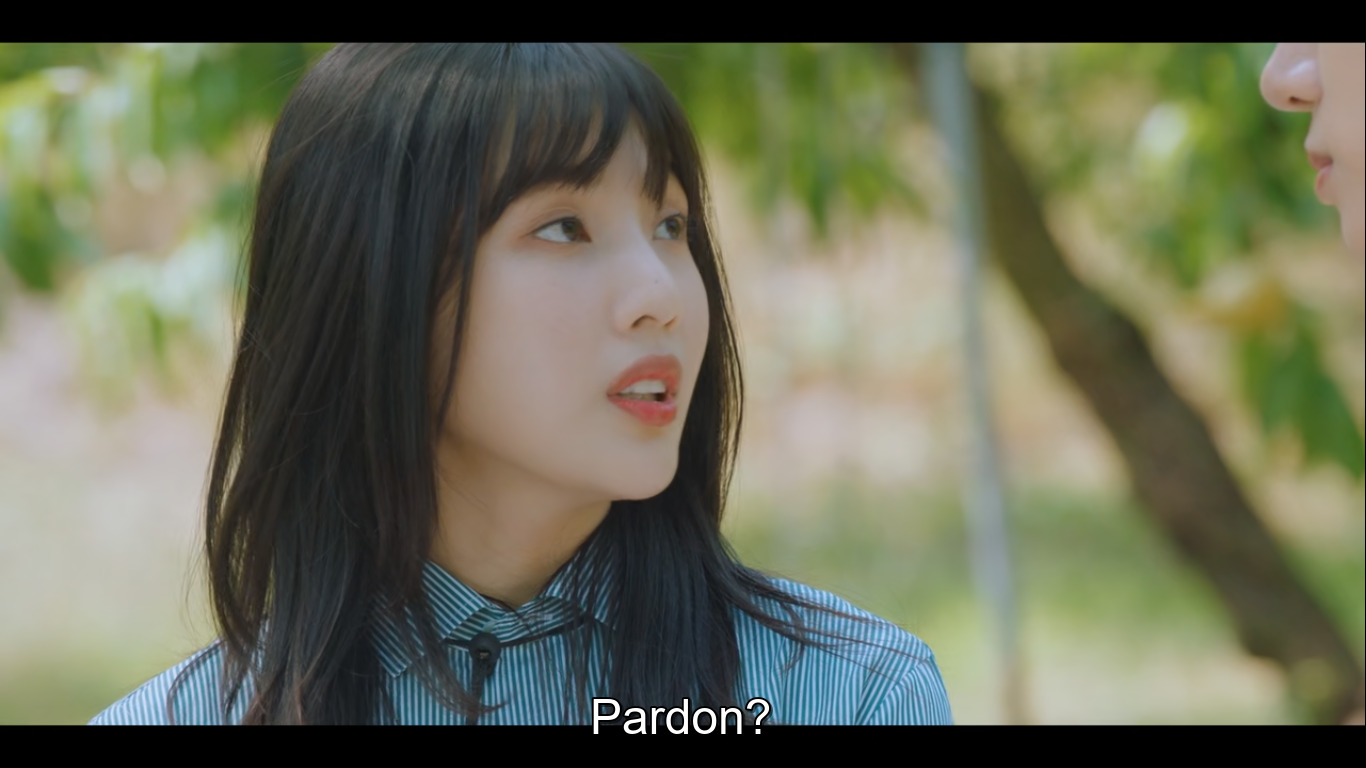 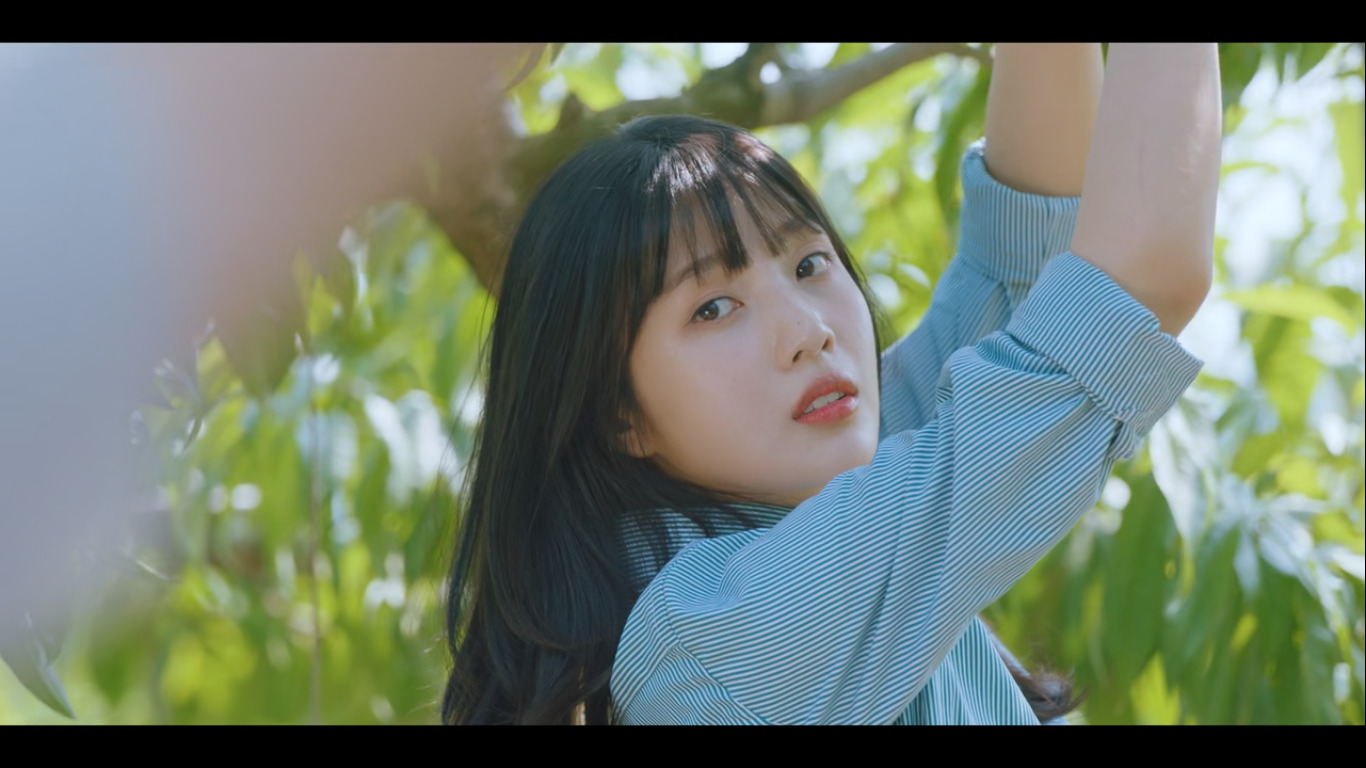 While this sort of scene is nothing revolutionary to the romantic comedy genre, there is little that is more romantic. Ahn Ja Young is always caring for others, and so far, we haven’t seen many people return the favor. With just a simple question, Han Ji Yool has seen her and unlocked a part of her heart that she has carefully guarded. It’s simple but heartfelt, and it makes you look forward to how Han Ji Yool will transform into someone that Ahn Ja Young can depend on.

From their comedic bickering to their comforting late-night talks and much more, Ahn Ja Young and Lee Sang Hyun have many scenes that showcase how profound their decades-long friendship is. One scene that stuck out in particular is when Ahn Ja Young calls out Lee Sang Hyun for being petty during his car sale with Han Ji Yool.

Oftentimes in K-dramas, the second male lead’s jealousy and petty behavior can go unchecked. So, it’s quite refreshing to see Ahn Ja Young hold Lee Sang Hyun accountable while assuring him that their relationship will remain. Communication is important in any relationship whether platonic or romantic, and this scene really speaks to how open, vulnerable, and honest these two are with each other. It will be fun to see how their dynamic evolves as the love triangle progresses throughout the rest of the drama.

LOVED: The ensemble of villagers

Of course, a countryside drama wouldn’t be complete without an ensemble of unconventional villagers who will charm your heart. From the overbearing but good-natured ladies of the Women’s Association (Baek Ji Won, Park Ji Ah, and Yoo Yeon) to the laidback and quirky Nurse Yeong Suk (Park Ye Ni), many of the villagers stand out. However, the lovable Kim Seon Dong (Jung Si Youl) will surely capture your heart with actions such as when he alerts Ahn Ja Young of the thief in Han Ji Yool’s house and helps her stake out the house. The next day, Ahn Ja Young takes him to school and thanks him for helping her catch the bad guy. 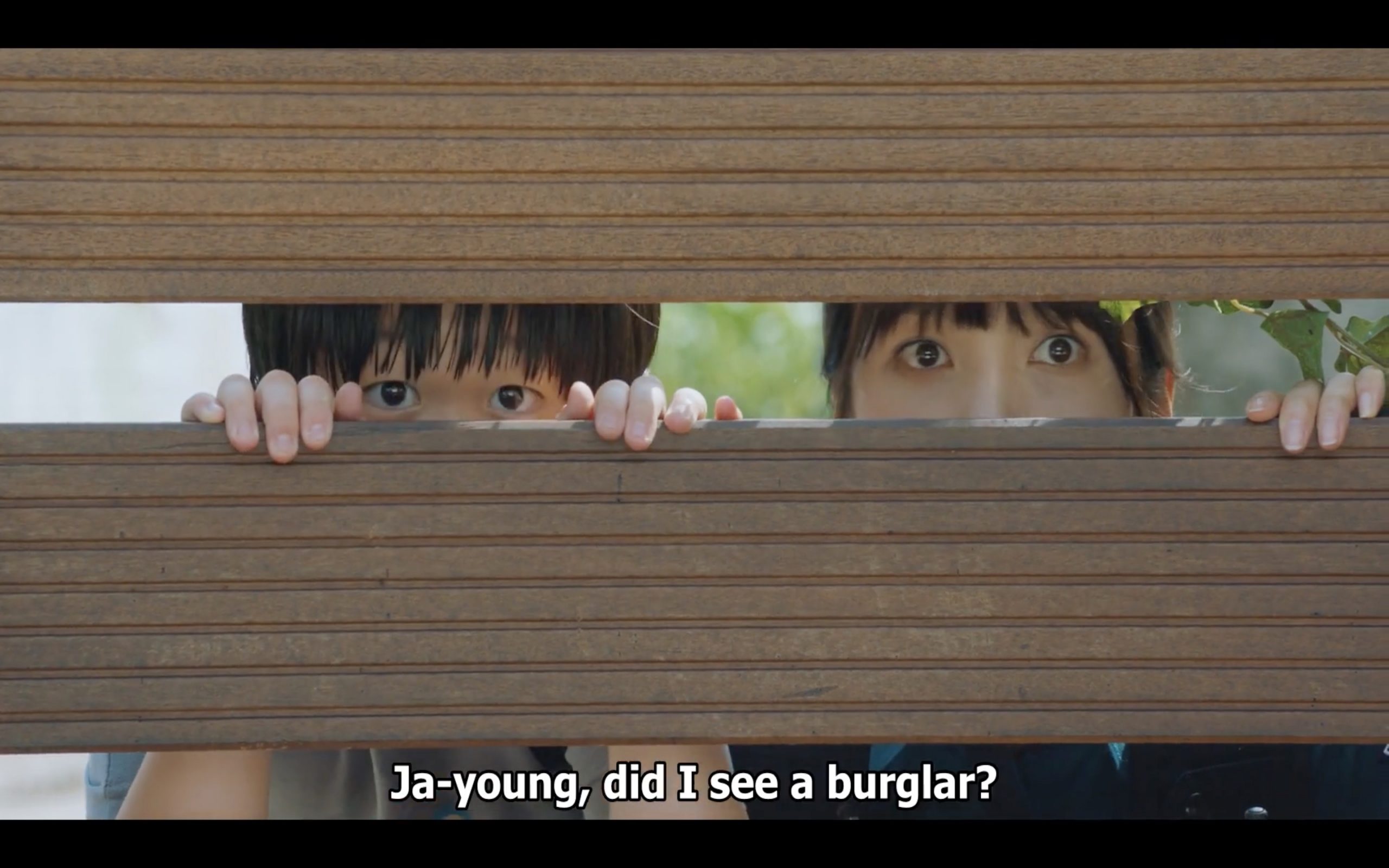 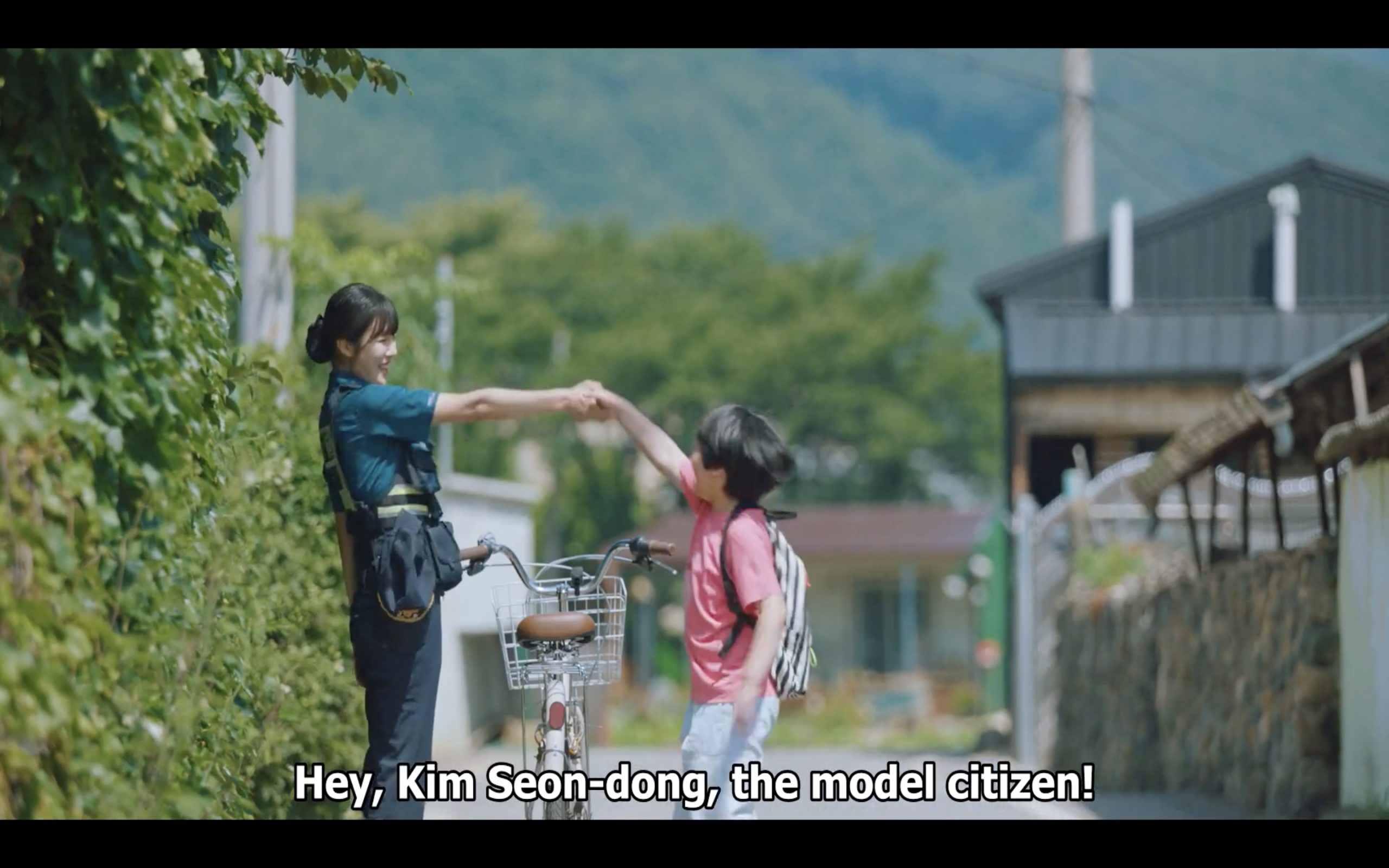 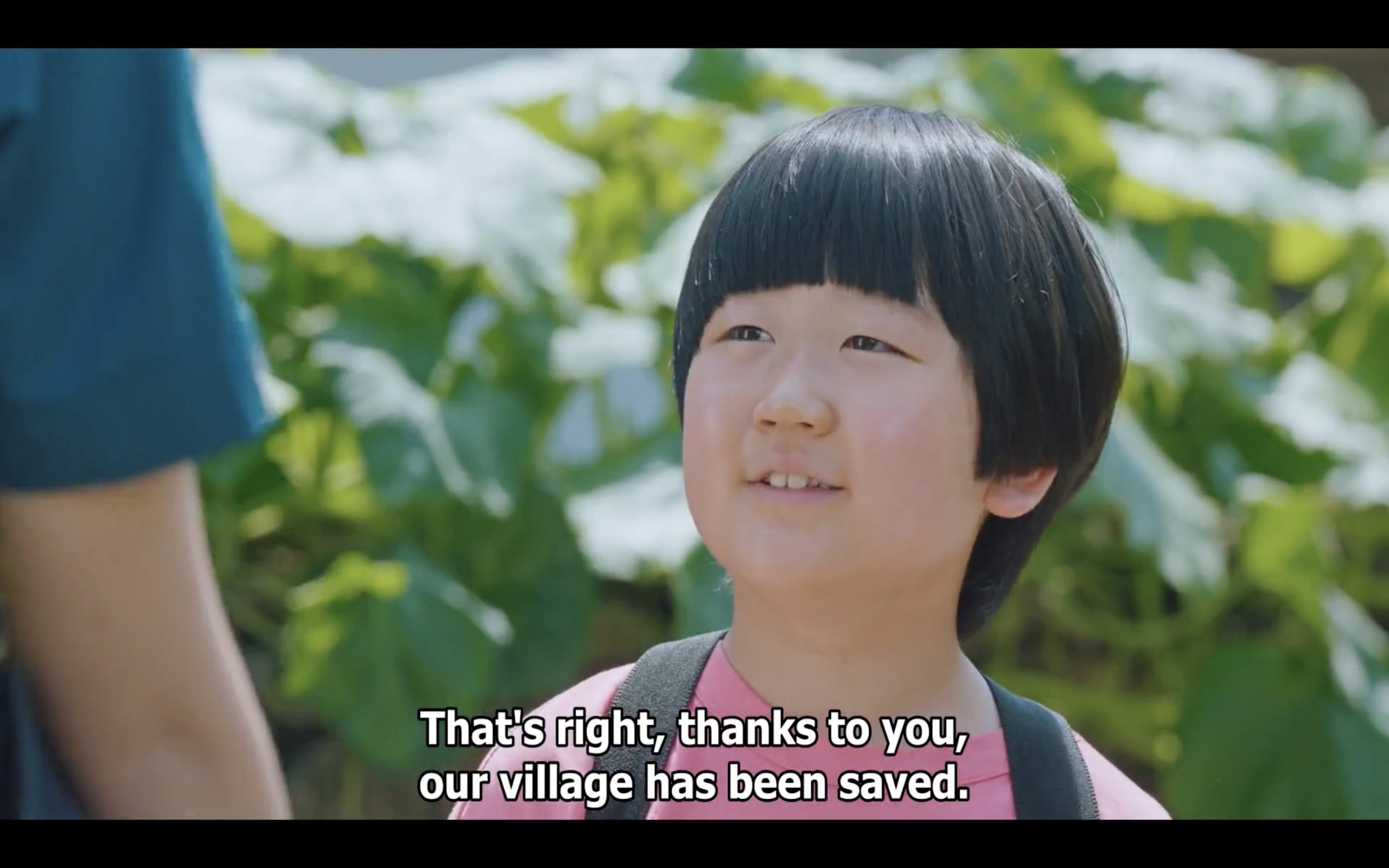 There isn’t much more to say than that their scenes together are super fun to watch. Joy and Jung Si Youl play off each other well, and you can’t help but find yourself smiling whenever they interact!

From chickens to goats to stray dogs, “Once Upon a Small Town” showcases tons of animals in the first three episodes. However, the most notable animal scene is the unvaccinated pigs. In the second episode, Han Ji Yool’s first appointment of the day is to vaccinate over 20 pigs. He meets Ahn Ja Young there, and together they tackle the task, using all their efforts to chase them around, pick them up, and deliver the shots.

While this scene is very comedic, it’s also impressive when you think about it. For starters, Joy and Chu Young Woo seem extraordinary for being able to pick up so many pigs — especially with how much the pigs were squirming — but it also makes you think about large animal vets in real life. While the scene may be dramatized, it’s commendable knowing they likely face similar situations on any given day. It also makes you wonder, what animals will the drama show next?

Hey Soompiers! What were your favorite parts of the premiere episodes of “Once Upon a Small Town”? Let us know in the comments below!

kaityv is a freelance writer and editor. In her spare time, she enjoys watching K-dramas and listening to BTS, Red Velvet, and other super talented artists.

Currently watching: “Once Upon A Small Town,” “Good Job,” “The Law Cafe,” and “If You Wish Upon Me”
All-time favorites: “Strong Woman Do Bong Soon” and “Do You Like Brahms?”
Looking forward to: “Love In Contract”

Red Velvet
Soompi Spotlight
Joy
Baek Sung Chul
Chu Young Woo
Once Upon a Small Town
How does this article make you feel?