“Love In Contract” has come to an end, leaving a romance-shaped void in our Wednesdays and Thursdays. But fear not! Here’s a list of where to get your fix of Park Min Young and Go Kyung Pyo. These two have covered everything from rom-coms to thrillers, mysteries, and even a little dash of noir, so there’s guaranteed to be something for everyone! 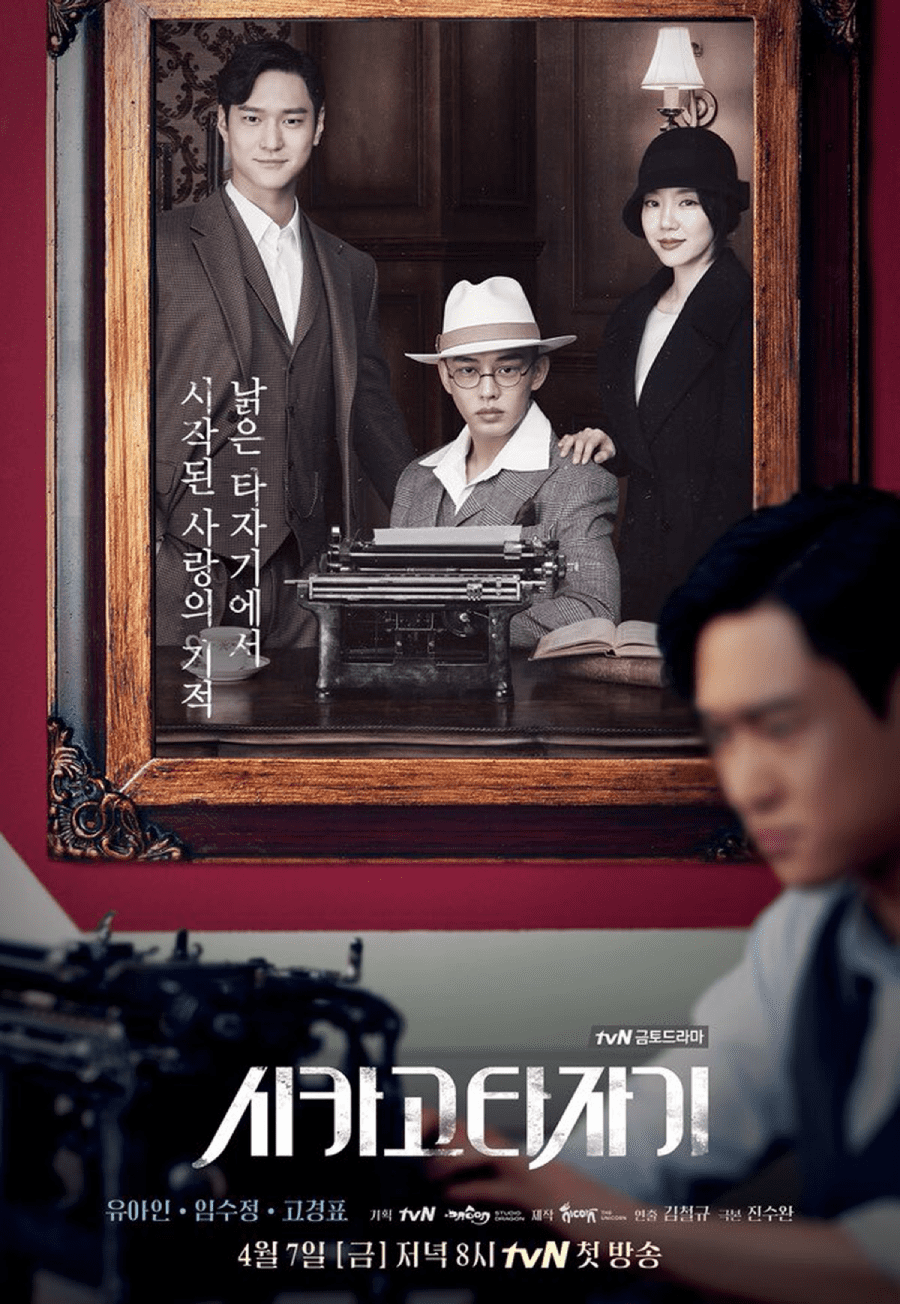 Go Kyung Pro plays a pivotal role in this ode to bravery, tragedy, and to death never being the end. “Chicago Typewriter” is a masterpiece of a drama and well worth the watch just to see his story.

Han Se Joo (Yoo Ah In) is a bestselling author suffering from writer’s block who lives all alone in a big mansion with no use for people. His arrogance turns former super-fan Jeon Seol (Im Soo Jung) into an anti-fan in less than a day after they meet. But Se Joo’s life is irrevocably altered when he purchases a typewriter accompanied by Yoo Jin Oh (Go Kyung Pyo), who agrees to become Se Joo’s literal ghostwriter. Jin Oh is more than he appears, and he’s here for a reason. The trio have a history stretching back to 1930s Japanese-occupied Korea, and the past isn’t done with them just yet.

There are so many reasons! This may be Yoo Ah In’s show, but Go Kyung Pyo is, without a doubt, the standout character here. There’s bromance, romance, and the most amazing ride-or-die friendship to ever grace the screen. All three actors shine in their dual roles: modern day and as resistance fighters of the 1930s. There’s a grace and pride to the story that’ll resonate long after the show has ended. This is a show you’ll never forget!

In “Her Private Life,” Sung Duk Mi (Park Min Young) is the classic career woman. Polished, talented, and stunning to boot, she’s the curator at a well-frequented gallery in Seoul. But Duk Mi has a secret, one that no one can find out. She’s a fangirl. And not just any kind of fangirl. She’s an idol fan page manager who would do anything for her obsession: the mega popular Shi An (Jung Je Won). Duk Mi works hard to ensure that both spheres of her life remain firmly separate, especially since her boss is no fan of idols or idol fangirls. Yet, fate strikes when a work trip takes her to an auction where a painting by an artist Shi An likes is up for sale. To her dismay, Duk Mi is outbid by the handsome yet cold art world genius Ryan Gold (Kim Jae Wook), to whom Duk Mi takes an instant dislike.

Their impressions of each other only worsen when Ryan is assigned as Duk Mi’s boss, and Duk Mi runs into Ryan in her fangirl disguise and nearly breaks his back. For his part, Ryan has no clue about Duk Mi’s double life but is both furious at and curious about the strange woman who fled from him, accidentally dropping her fangirl diary. He resolves to find her, but little does he know that she’s closer than he thinks.

Kim Jae Wook and Park Min Young. That’s it. Those are the reasons. Not only are these two amazing actors, but their chemistry is on fire! On paper, this drama isn’t the most highbrow of concepts, but these two elevate it to so much beyond that. Every second of them onscreen is a delight. Ryan isn’t one of those male leads who takes pleasure in being awful to everyone. He may be aloof, but he’s kind, sincerely apologizes when he’s wrong, and respects personal space. What’s not to love?

Despite airing a staggering seven years ago, “Healer” remains a fan favorite, and for good reason! Ji Chang Wook and Park Min Young knocked it out of the part in this vigilante drama about an elusive night courier and the woman who was supposed to be his last assignment but ends up changing his life.

Seo Jeong Hoo (Ji Chang Wook) aka Healer is the best night courier there is. Working with his hacker partner, Jo Min Ja (Kim Mi Kyung), who runs a tight ship, he’s made his name in the industry, and for good reason. Delivering top secret documents without detection? Easy. Running and jumping from roof to roof to avoid the CCTVs everywhere? No sweat. Enlisted by the rich and famous for discreet work, Healer is picky about the jobs he takes and has a line he’ll never cross: personal interaction with people and killing.

All this changes when he’s assigned to shadow a young reporter named Choi Young Shin (Park Min Young) and procure a DNA sample from her on the behalf of a mysterious man, Kim Moon Ho (Yoo Ji Tae), who’s trying to find a girl he used to know. Joining her workplace, he lives a double life: the bumbling Park Bong Soo by day, and Healer by night. But the closer Jeong Hoo draws to Young Shin, the more he realizes that there’s a reason Moon Ho wanted to bring them all together and that a long-buried past is just about to resurface.

Ji Chang Wook was the breakout star of this show but Park Min Young is his perfect counterpart. We’ve got action aplenty, thrills, chills, romance, and a whole lot of heists and capers to boot. But the best part of it is seeing Healer struggle to play Bong Soo the idiot when he’s super capable underneath. All in all, it’s a must-watch! 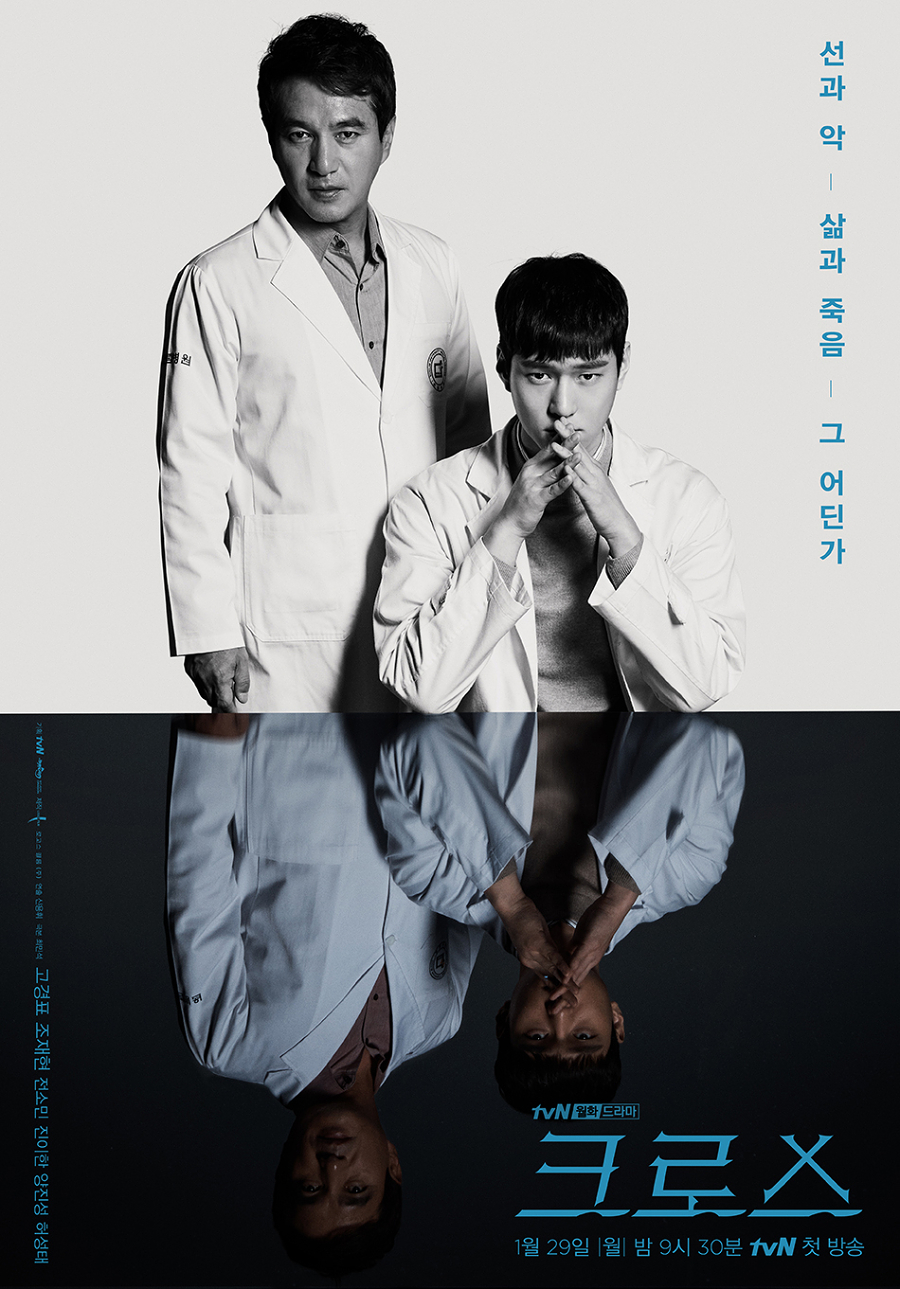 Highly underrated during its run and afterwards, “Cross” is an excellent example of a dark, suspenseful medical thriller.

Kang In Gyu (Go Kyung Pyo) is a brilliant first-year resident working in the organ transplant department at Sunrim Hospital. Having passed his licensing exam with top marks and graduating at the top of his medical school, In Gyu has the privilege of working under Go Jung Hoon (Jo Jae Hyun), an internationally known expert in liver transplants as well as his estranged guardian.

But In Kyu’s life isn’t as charmed as he pretends, and there’s a reason for his stellar success in medical school. Because his father was brutally murdered 15 years ago by an organ trafficking syndicate, In Gyu hasn’t learned medicine out of love for it, but for revenge. Volunteering at the prison where the murderer is imprisoned, In Gyu vows to undercover the truth behind his father’s death, even if it means using the skills he’s learned to kill, not save. 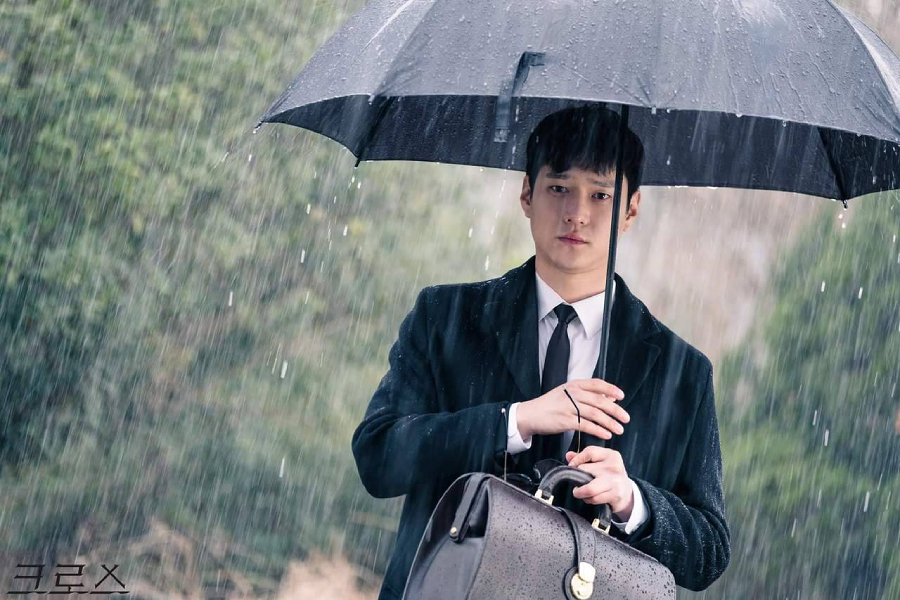 Go Kyung Pyo’s character here is as quiet and contemplative as Ji Ho was, but he is so much more intense. There isn’t any overt romance in this drama, but there are hints of it with the female lead, Jeon So Min, and Go Kyung Pyo excels at these sorts of tortured male characters. With a tight script and excellent writing, this is a thriller that fans of shows like “Stranger” will definitely love!

Hey, Soompiers! Which of these shows interest you the most? And which ones have you already seen? Let us know in the comments!

Currently Watching:  “Gaus Electronics,” “Love Is For Suckers.”
Looking Forward to: “Island,” “Queen of the Scene,” “Black Knight,” and Ji Sung’s next drama.