“One Dollar Lawyer” is a new drama starring Namgoong Min as Cheon Ji Hoon, a lawyer who only charges an attorney’s fee of 1,000 won (approximately $0.72) despite his renowned skills. A hero who comes to the rescue of clients without money or connections, Cheon Ji Hoon isn’t afraid of facing off against the rich and powerful who use expensive lawyers to escape the law.

Cheon Ji Hoon’s magazine cover proudly declares, “I’ll defend you fruitfully for a fee of 1,000 won!” Describing him as “a true hero of this day and age,” the headlines reveal that he’ll sincerely do his utmost “even for a lawsuit that doesn’t bring in any money or a case that has little chance of being won.” 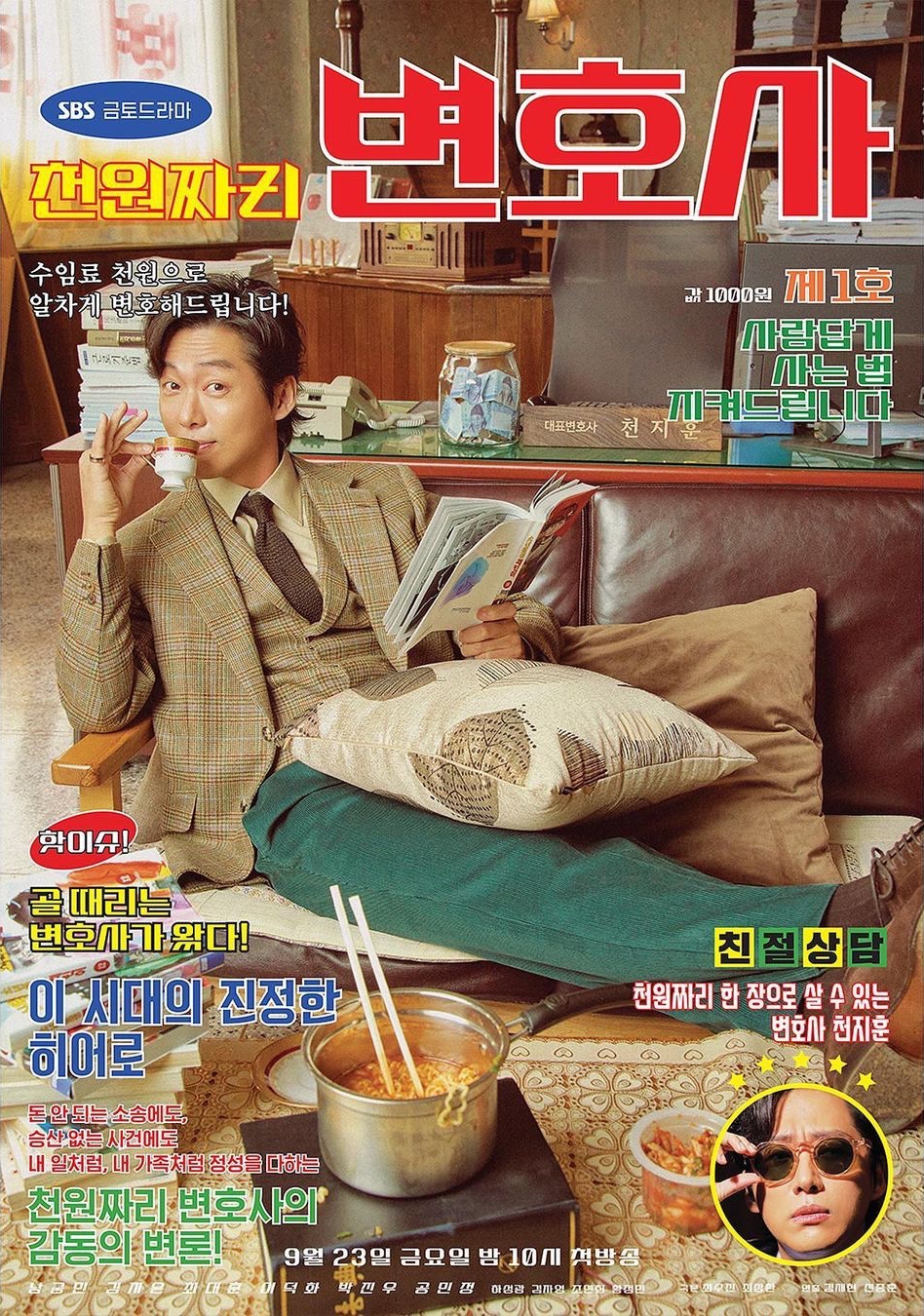 Meanwhile, Kim Ji Eun will star in the drama as Baek Ma Ri, who hails from a “royal family” among judicial circles and is in the final stages of training to become a prosecutor. However, her life turns upside down when her powerful grandfather Baek Hyun Moo (Lee Deok Hwa) orders her to work for Cheon Ji Hoon for two months.

In contrast to Cheon Ji Hoon’s relaxed posture, Baek Ma Ri is visibly exhausted in her poster as she holds a phone in one hand and a pen in the other. Although she also promises to “defend you passionately for a fee of 1,000 won,” Baek Ma Ri complains in her caption, “I graduated from the Judicial Research and Training Institute at the top of my class, I’m the granddaughter of the chairman of the country’s biggest law firm, and I’m working as a probationary employee for a 1,000-won attorney’s fee in real life?” 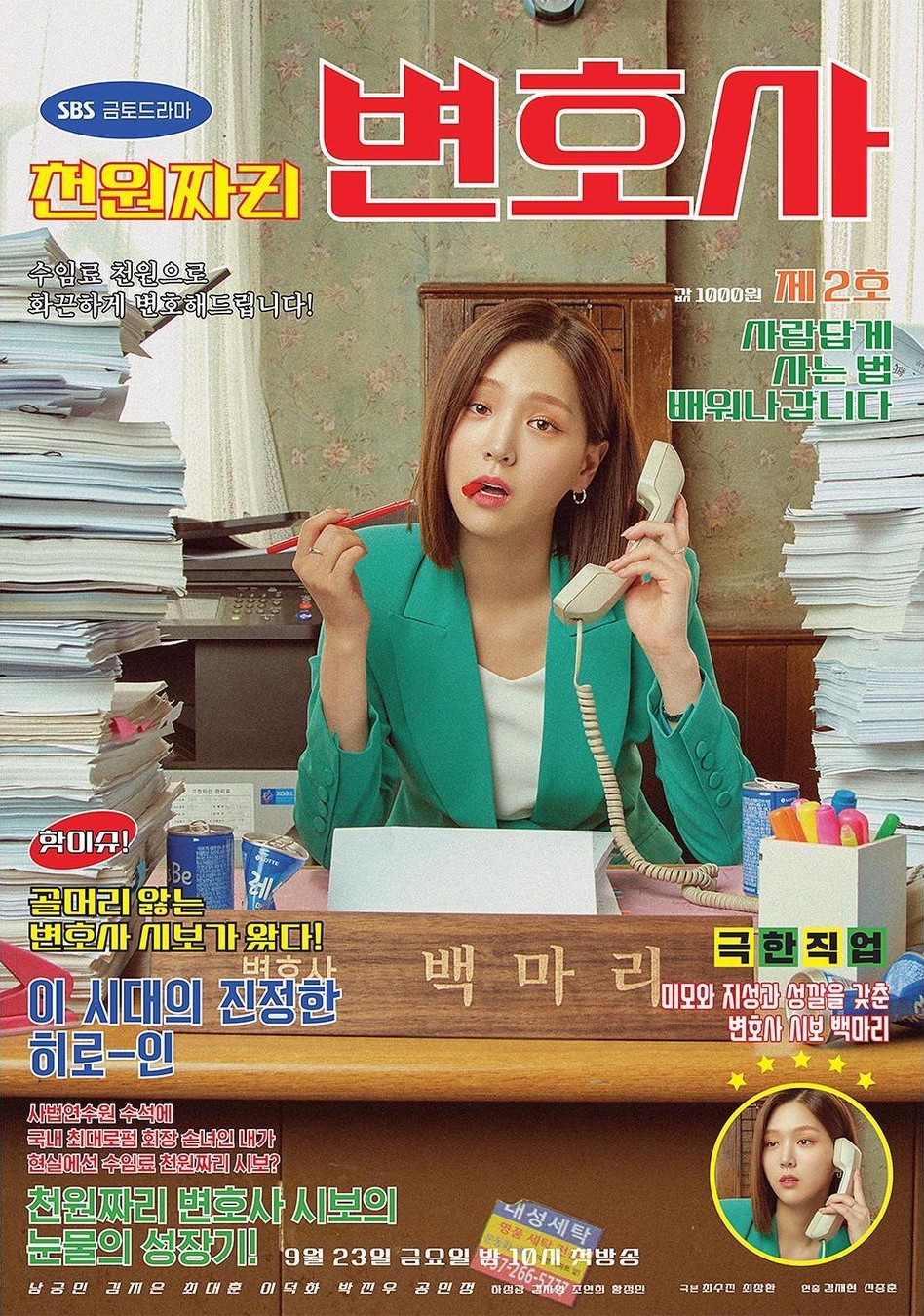 Finally, Choi Dae Hoon will play Seo Min Hyuk, a blue-blooded prosecutor who has his sights set on something else: marrying Baek Ma Ri. While he also hails from a royal family among judicial circles, Seo Min Hyuk is determined to turn Baek Mari’s family’s law firm Baek into law firm Baek&Seo.

As Seo Min Hyuk cheesily winks at the camera with an engagement ring and flowers, he declares, “I’ll only look at you and no one else!” Although he is “ready and prepared” to be “top-notch marriage material,” it’s hard to find any sincerity in the prosecutor’s professions of one-sided love for Baek Ma Ri as he dramatically insists, “Oh, to my beautiful beloved, while I have been a prosecutor who protected the law up until now, from now on, I want to be a prosecutor who protects you.” 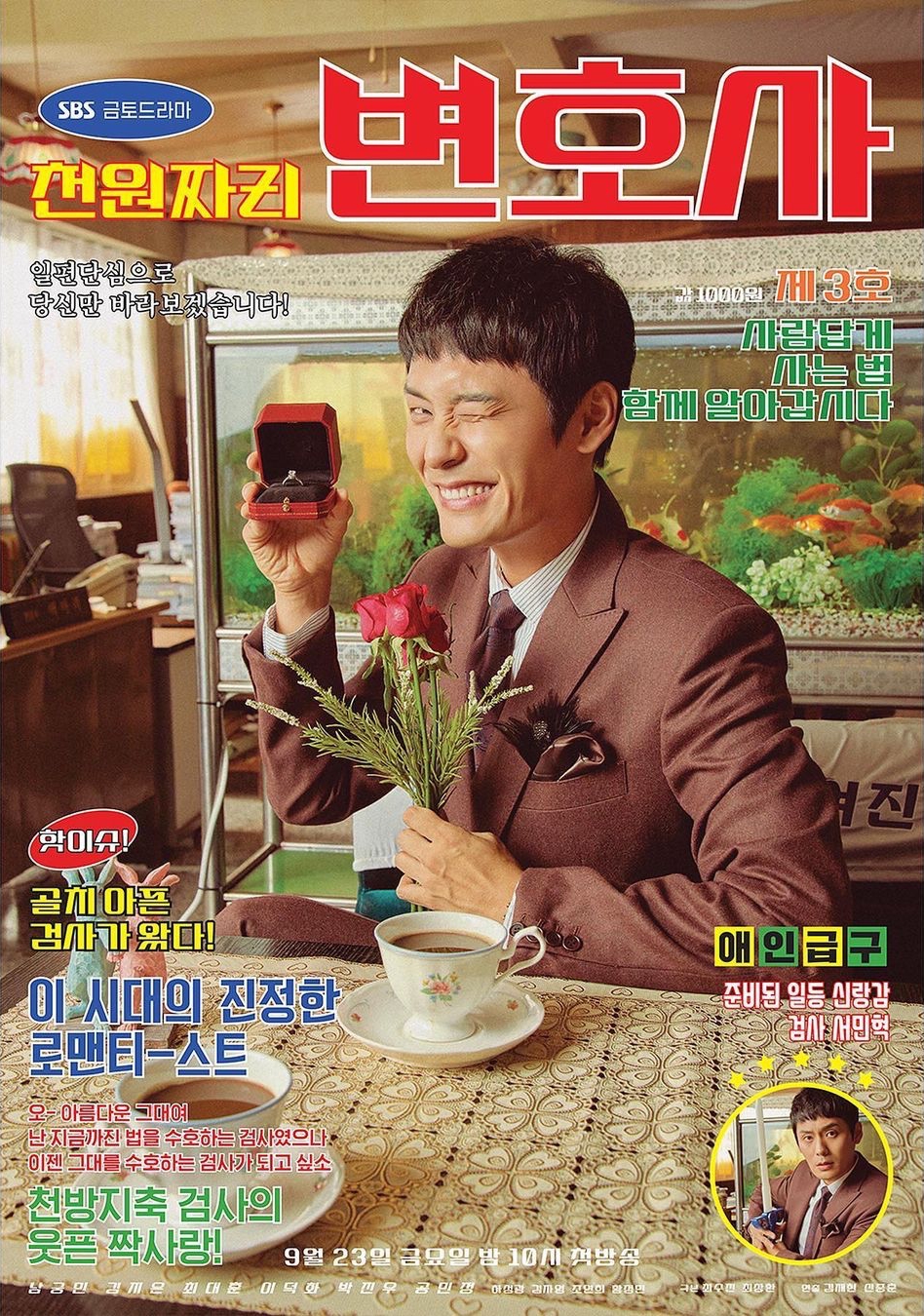 In the meantime, watch Namgoong Min and Kim Ji Eun in their previous drama “The Veil” with subtitles below!