EXO’s D.O. Patiently Waits For The Perfect Moment While On The Job In New “Bad Prosecutor” Poster

EXO’s D.O. is hard at work in his new poster for “Bad Prosecutor”!

KBS 2TV’s “Bad Prosecutor” is a new drama about an ill-mannered prosecutor with delinquent tendencies who believes in fighting for justice by any means necessary. EXO’s D.O. will star as Jin Jung, the titular “bad prosecutor” who is determined to take down those that use wealth and power to live above the law, while Lee Se Hee will star as senior prosecutor Shin Ah Ra.

Jin Jung is a handsome and intriguingly charming man who makes all women swoon, but is an ecosystem-disrupting, clumsy, “bad prosecutor” who will go down in prosecution history. While punishing corrupt people in power through shortcuts rather than the right way, tricks rather than by-the-book methods, and poor behaviour rather than hard work, Jin Jung stands on the side of the weak and meets them eye to eye, refreshingly repaying them with actions that are 10 times worse than their crimes.

Ahead of the drama’s premiere, KBS has dropped a new “special image” poster that features Jin Jung hard at work as he passionately dives in to an investigation. In the poster, Jin Jung sits in the car while observing someone. He keeps a tight grip on his camera as he waits for the perfect moment to catch the right shot.

On the poster it reads, “Prosecutor Jin who’s built for the field is coming!” 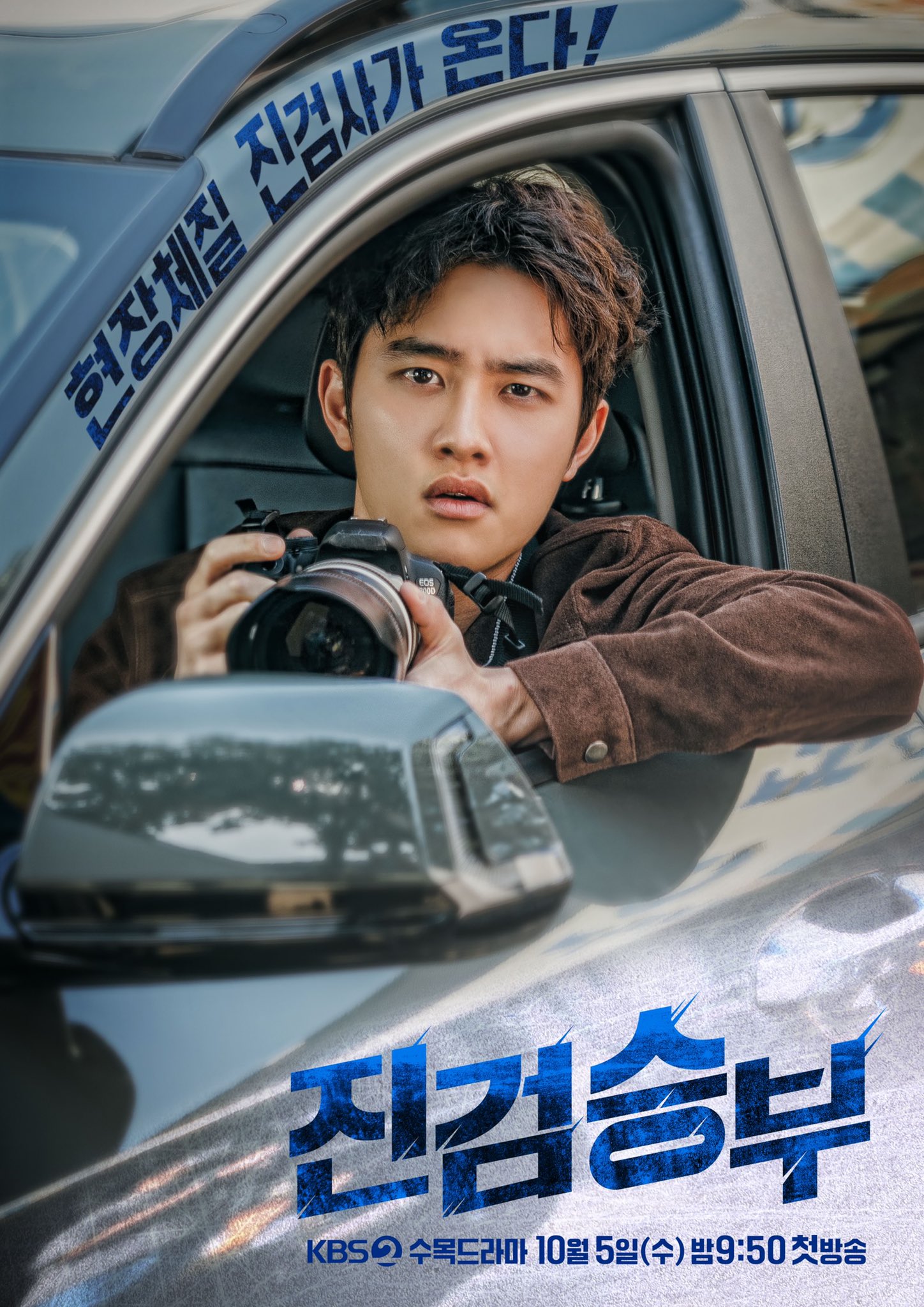 To briefly introduce his character, D.O. shared, “Jin Jung is a cowardly prosecutor who fights for justice.” He added, “The script was so fun and the story was enjoyable. As a character I’ve never tried before, I thought Jin Jung had a lot of charms so I joined [the drama].”

The KBS producers shared, “Through this pre-released special image, you will grow curious about what the ‘bad prosecutor’ Jin Jung will do at the scene as he attempts to refreshingly punish hordes of evil. Please watch over the passionate acting of Do Kyung Soo [D.O.’s birth name] who will explode a ‘refreshing feast’ while mobilizing strong methods that go beyond your imagination.”

EXO
D.O.
Bad Prosecutor
How does this article make you feel?