tvN’s upcoming Wednesday-Thursday drama “Love in Contract” is a romantic comedy about a service that provides fake wives for single people in need of partners to bring to social gatherings, such as school reunions and dinners for married couples.

Park Min Young will star as professional fake wife Choi Sang Eun, who finds herself caught between longtime client Jung Ji Ho (Go Kyung Pyo) – with whom she has a long-term exclusive contract for Mondays, Wednesdays, and Fridays – and newcomer Kang Hae Jin (Kim Jae Young), who wants to sign a contract with her for Tuesdays, Thursdays, and Saturdays.

On September 15, tvN unveiled stills from the intriguing first meeting between Jung Ji Ho and Kang Hae Jin. The pair first meet when Kang Hae Jin moves in to the same villa Jung Ji Ho lives in as his upstairs neighbor. As if waiting for someone, Jung Ji Ho stands around at the front of the villa, but the person who catches his attention is Kang Hae Jin. As if carrying really precious cargo, Kang Hae Jin walks into the villa while carefully clutching onto a box. 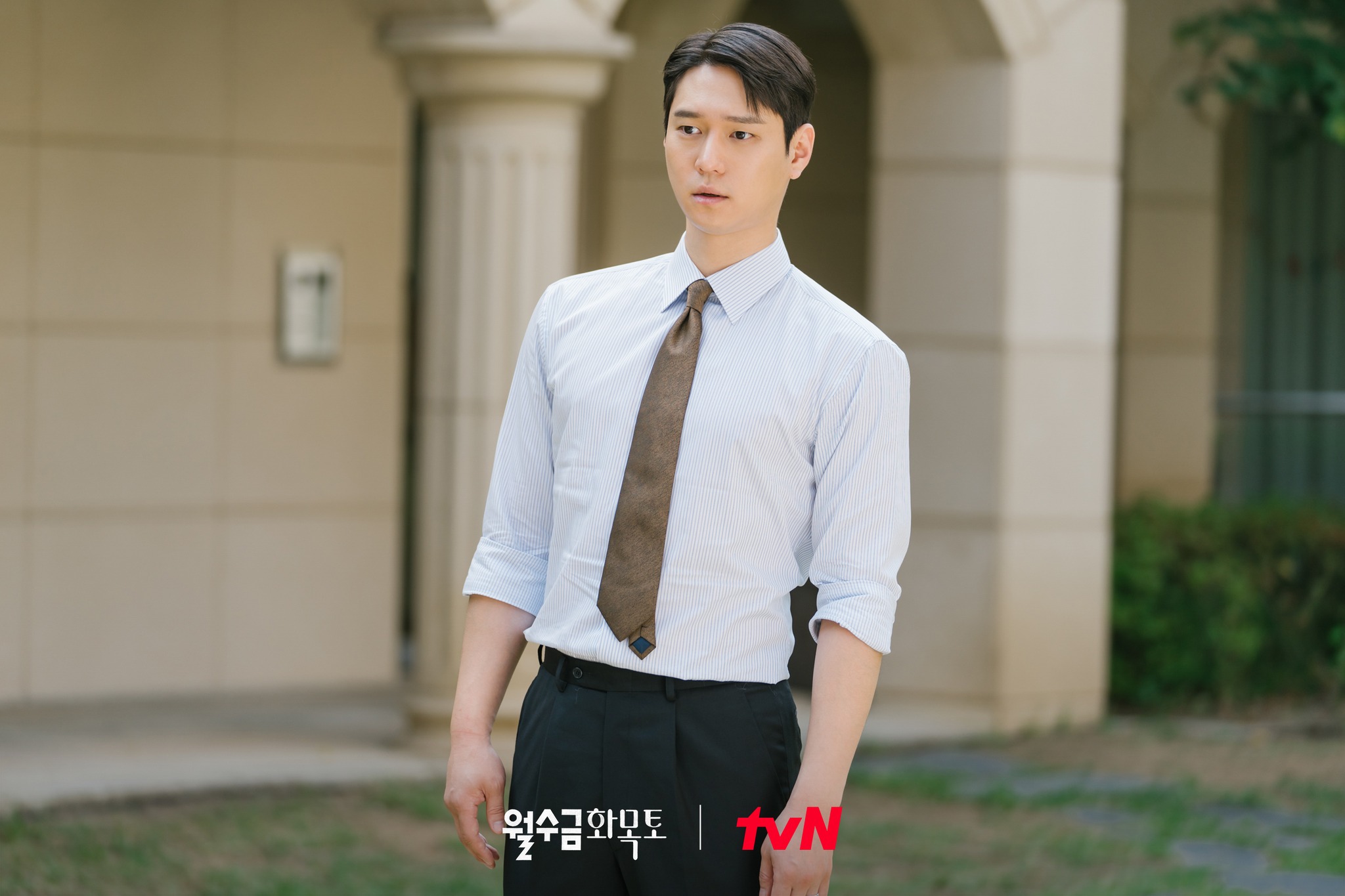 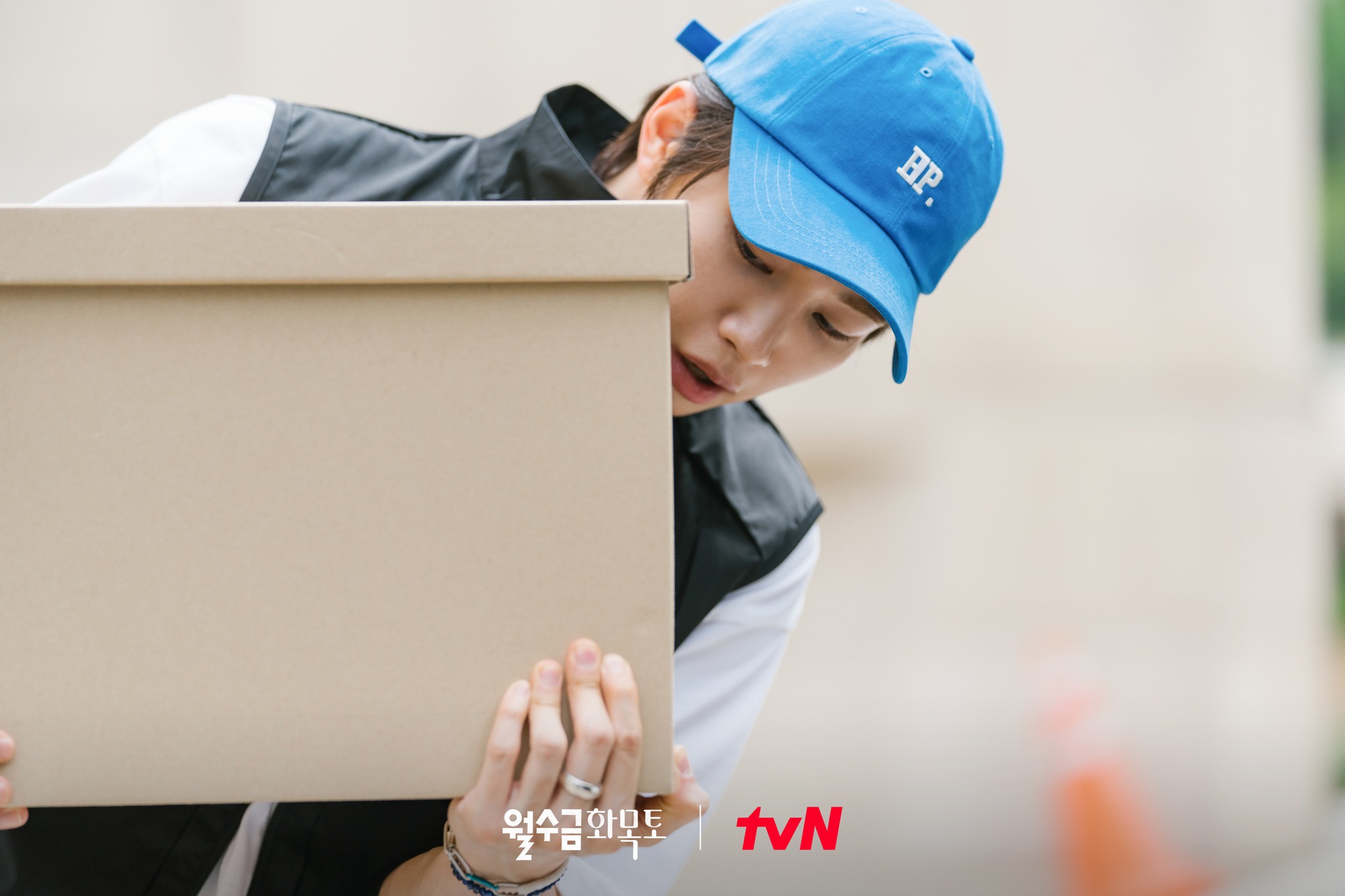 However, in the following photos, the two are engaged in heated conversation as Jung Ji Ho refuses to let go of whatever he is holding while Kang Hae Jin points angrily at him. As viewers wonder how these two have found themselves in such a tense situation already, numerous other questions arise about what will happen between them once Choi Sang Eun gets involved. 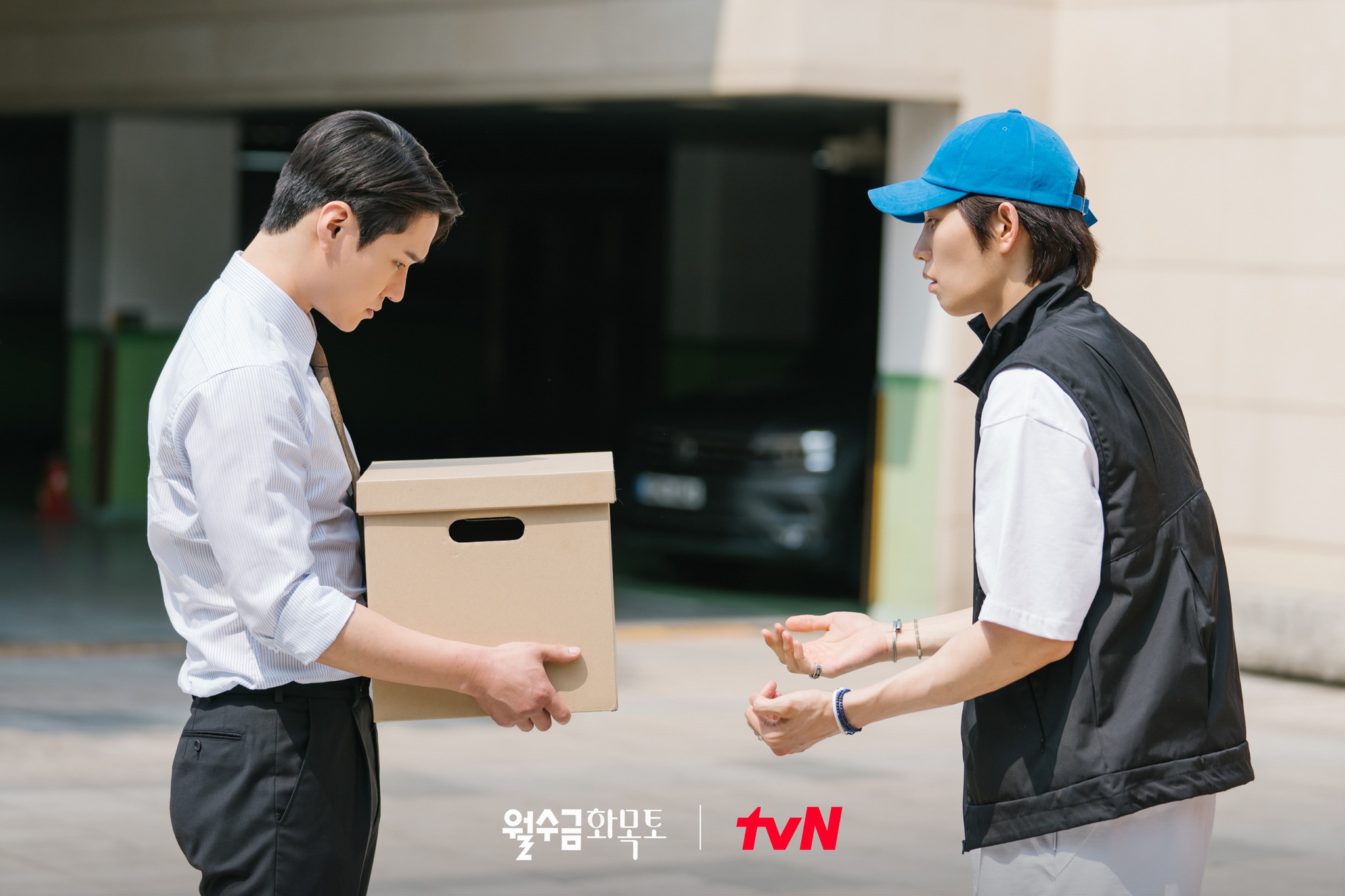 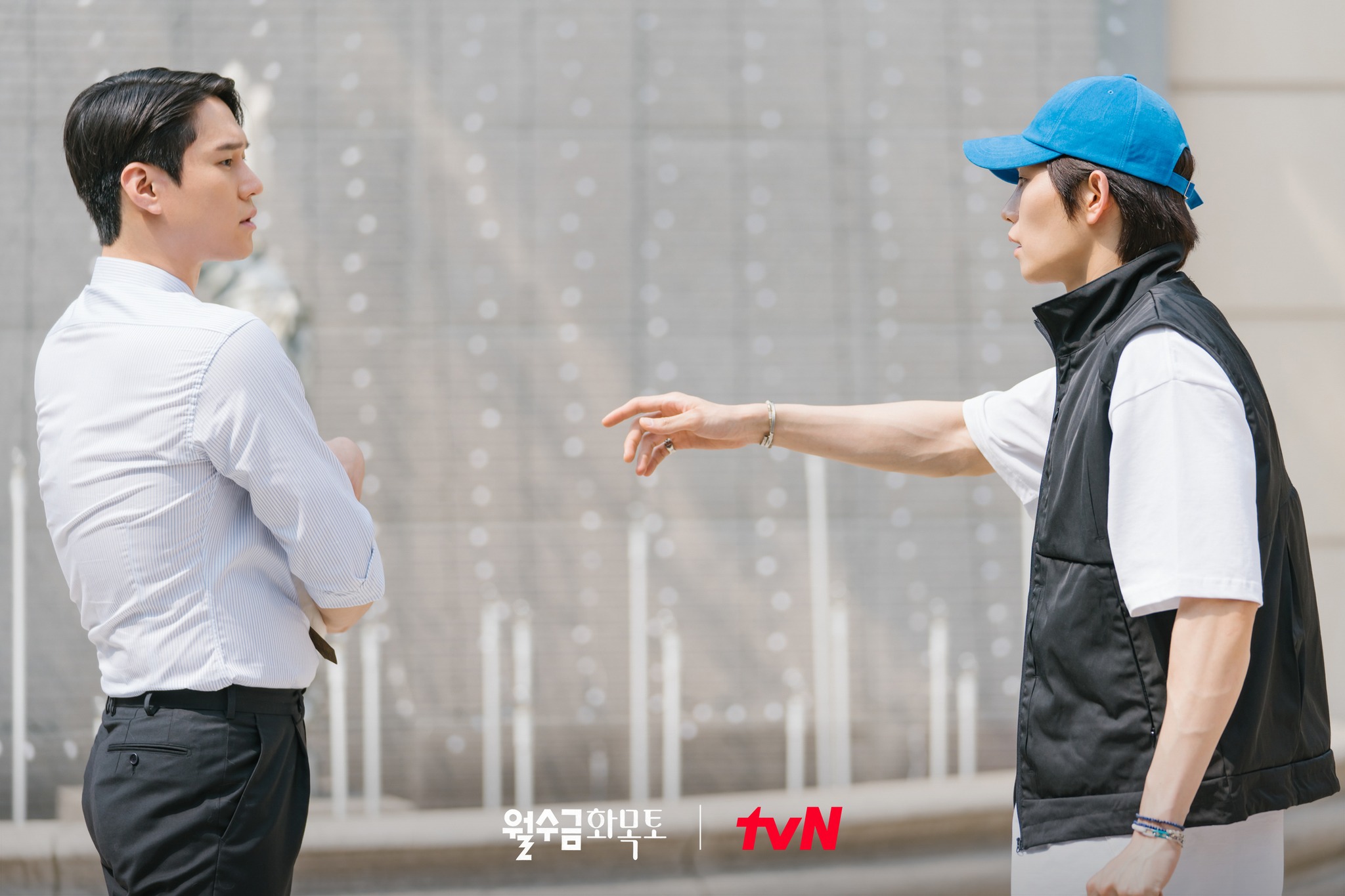 “Love in Contract” premieres on September 21 at 10:30 p.m. KST and will be available on Viki with English subtitles!

Kim Jae Young
Go Kyung Pyo
Love in Contract
How does this article make you feel?