SM Entertainment has issued an apology for the accidental omission of Doyoung in the Digipack version of NCT 127’s new album.

On September 16, NCT 127 released their fourth album “2 Baddies.” After fans received the album’s physical Digipack version, many were quick to realize that Doyoung was missing from the group photo on the back cover.

Later this day, SM Entertainment took to NCT 127’s Twitter account to share a statement in both Korean and English to acknowledge and apologize for the mishap. Fans who have already purchased the album in question will be sent new, re-printed booklets.

Read their statement below: 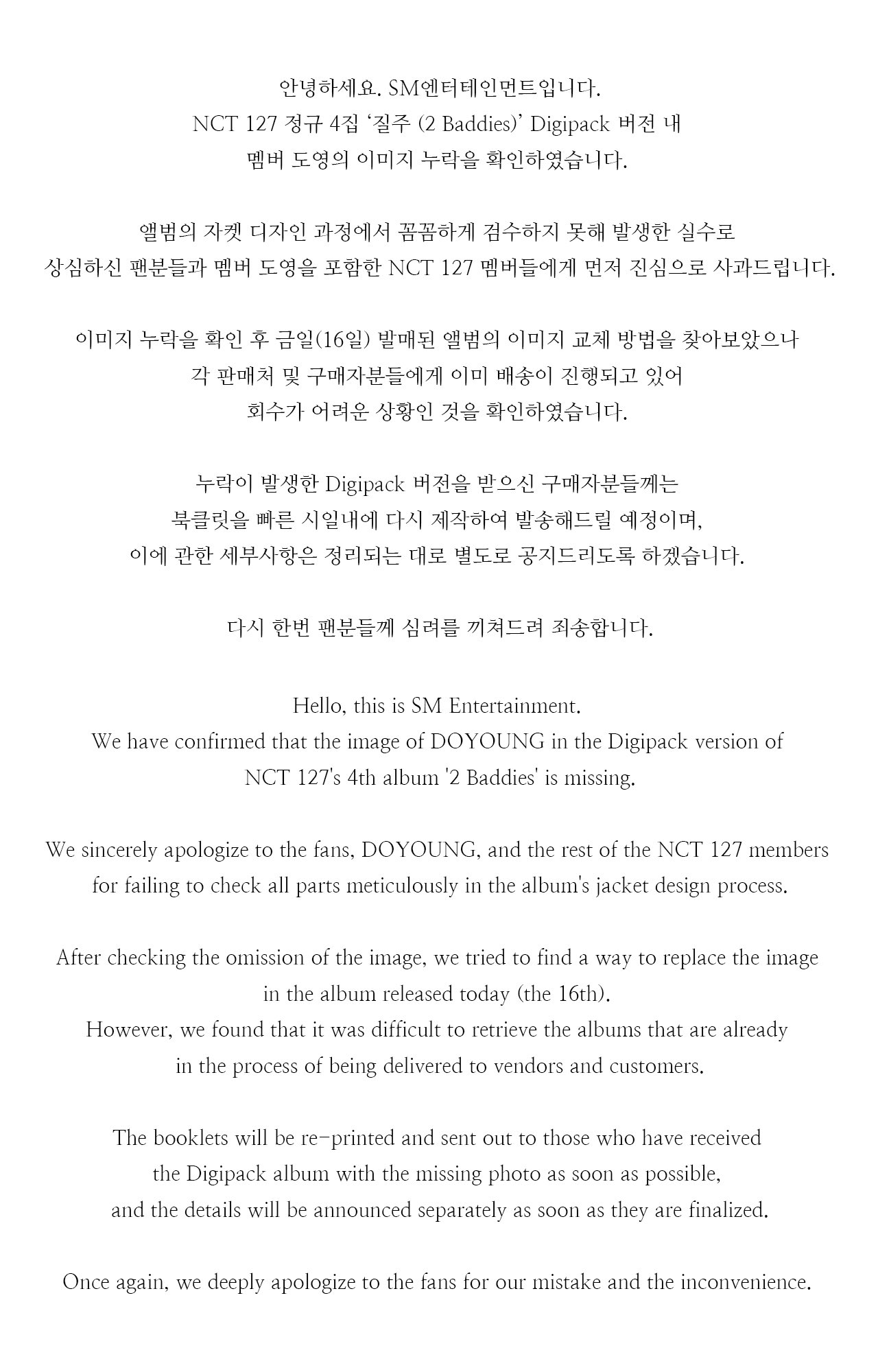 Doyoung
NCT 127
How does this article make you feel?