The stars of KBS 2TV’s “Three Bold Siblings” dished on their experience filming the upcoming drama!

“Three Bold Siblings” is a new romance drama starring Im Joo Hwan as Lee Sang Joon, an A-list actor who is the eldest son of his family. When he gets into an unexpected accident during filming, he is reunited with Kim Tae Joo (Lee Ha Na), his first love from elementary school, who is also the eldest of her siblings and grew up sacrificing everything for her family. Kim So Eun will also star in the drama as Kim So Rim, the middle child of the Kim family and Kim Tae Joo’s younger sister, while Lee Yoo Jin will play their younger brother Kim Geon Woo.

When asked to name a particularly memorable moment from filming, Lee Ha Na chose their very first shoot for the drama.

“Filming ended up running long, so everyone was physically exhausted, but we wrapped up that day’s shoot with all of us laughing while filming a funny scene,” recalled the actress. “Even when we were saying our goodbyes after filming, it felt really emotional, as if it were the final shoot of our entire drama. So that [shoot] stands out the most in my memory.”

Meanwhile, Im Joo Hwan opened up about his biggest struggle with his role, noting, “In the drama, I play the role of top star Lee Sang Joon. But because I’ve never experienced the life of a top star, there are times when I find it a bit awkward.”

However, he went on to add, “Whenever that happened, I was able to [overcome that feeling] and act naturally because everyone around me was very supportive and encouraging.” 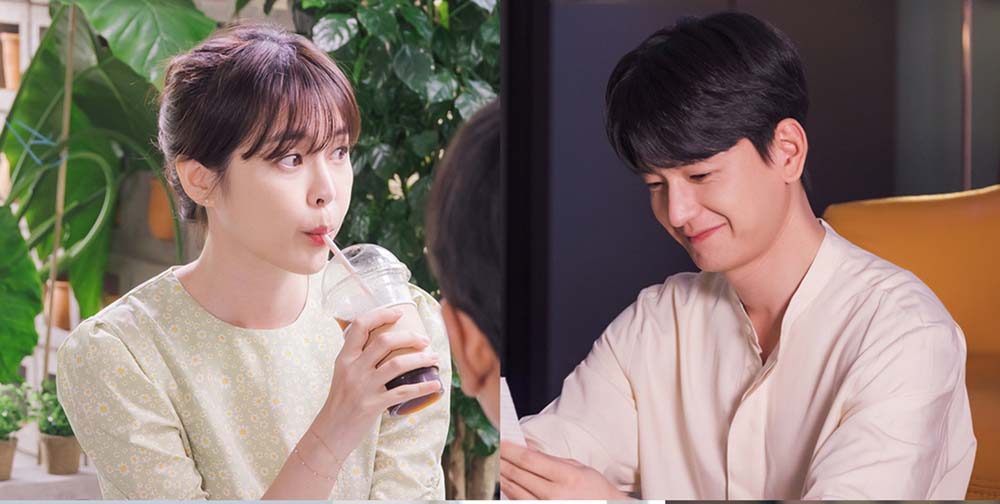 Kim Seung Soo, who will play the role of CEO Shin Moo Young, similarly shared a concern that he developed during filming.

“Shin Moo Young has a tsundere personality that makes it hard for him to praise or encourage others,” explained the actor. “There were times when I became worried by the thought that I might be starting to resemble Moo Young due to immersing myself too much in the character.”

Lee Tae Sung, who will play free-spirited documentary director Cha Yoon Ho, spoke proudly about the teamwork and camaraderie between the cast and crew.

“There were a lot of unexpected variables due to the weather, such as the sweltering heat and rain showers,” said Lee Tae Sung. “It wasn’t an easy situation for everyone in the cast and crew, but we all banded together for the common goal of our premiere and worked hard during filming.”

Finally, both Kim So Eun and Lee Yoo Jin expressed confidence in their chemistry with their on-screen siblings. Kim So Eun remarked, “Even though it was our first time working together, the actors playing the three siblings got along really well, and we had a lot of fun during filming.”

Meanwhile, Lee Yoo Jin recalled, “I was really nervous for our first shoot, but unlike what I’d expected, I was able to wrap up filming in a warm and friendly atmosphere, which was great. Thanks to the rest of the cast and crew, who took the lead in creating a cheerful vibe on set, I gained confidence that I would be able to do a good job and pull this off.”

“Three Bold Siblings” will premiere on September 24 at 8 p.m. KST. Check out a teaser for the drama here!

In the meantime, watch Lee Ha Na in “Voice 4” with subtitles below: