Get ready for an unexpected visit on the next episode of KBS 2TV’s “The Law Cafe”!

Based on the hit web novel of the same name, “The Law Cafe” is a new romantic comedy starring Lee Seung Gi as Kim Jung Ho, a genius former prosecutor-turned-libertine landlord, and Lee Se Young as Kim Yu Ri, the eccentric lawyer that becomes his new tenant when she opens a “law cafe” in his building.

On the previous episode of “The Law Cafe,” Kim Jung Ho showed off his tough side as he delivered a fierce warning to Lee Pyun Woong (played by Jo Han Chul). However, Lee Pyun Woong, who was aware of the connection between Kim Jung Ho and Kim Yu Ri, chillingly expressed interest in the female attorney after crudely asking about the nature of their relationship.

In newly released stills from the drama’s upcoming sixth episode, Lee Pyun Woong catches the couple off guard by making a surprise visit to Kim Yu Ri’s law cafe. With his menacing henchmen in tow, Lee Pyun Woong boldly saunters into the cafe—and shocks both Kim Yu Ri and Kim Jung Ho with what he has to say. 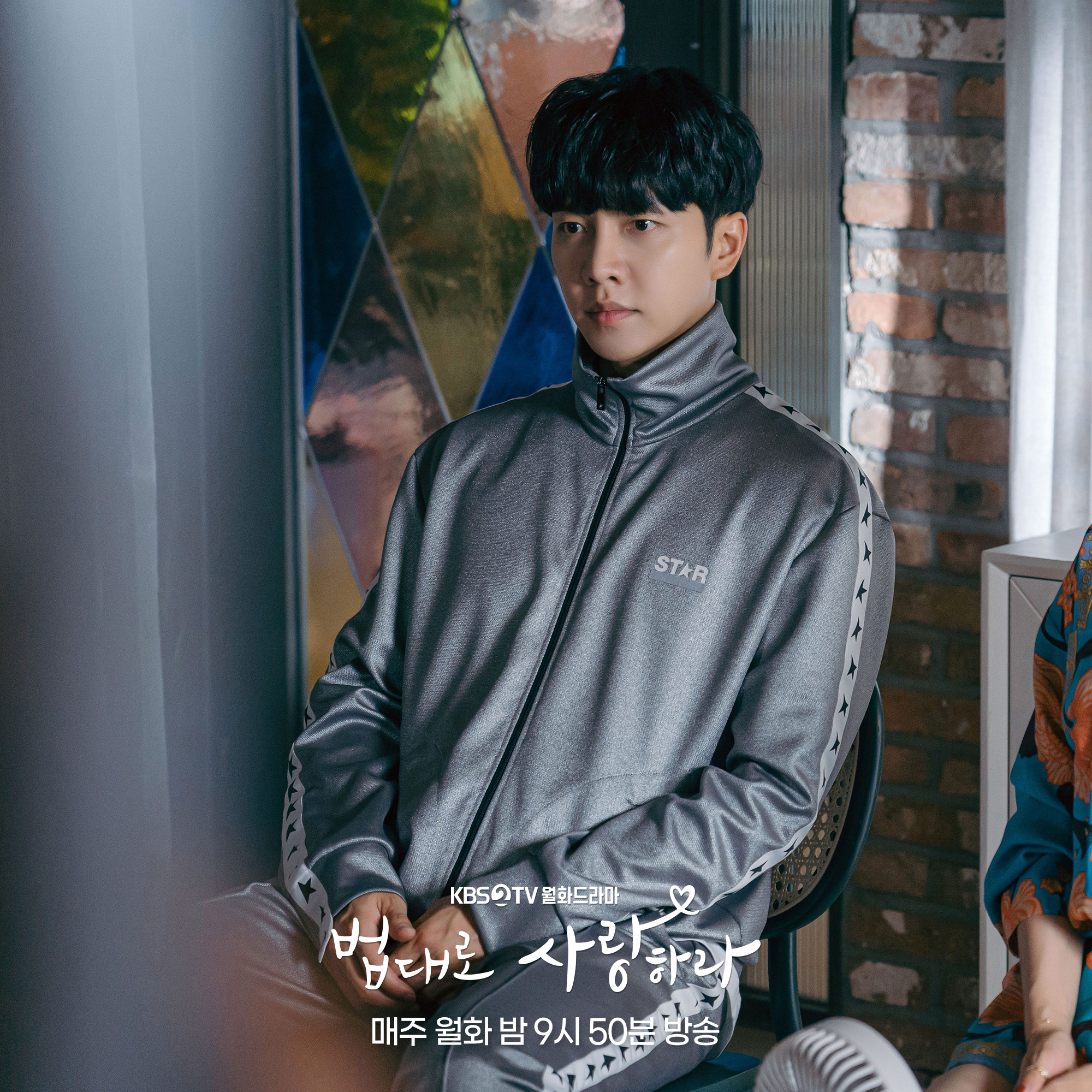 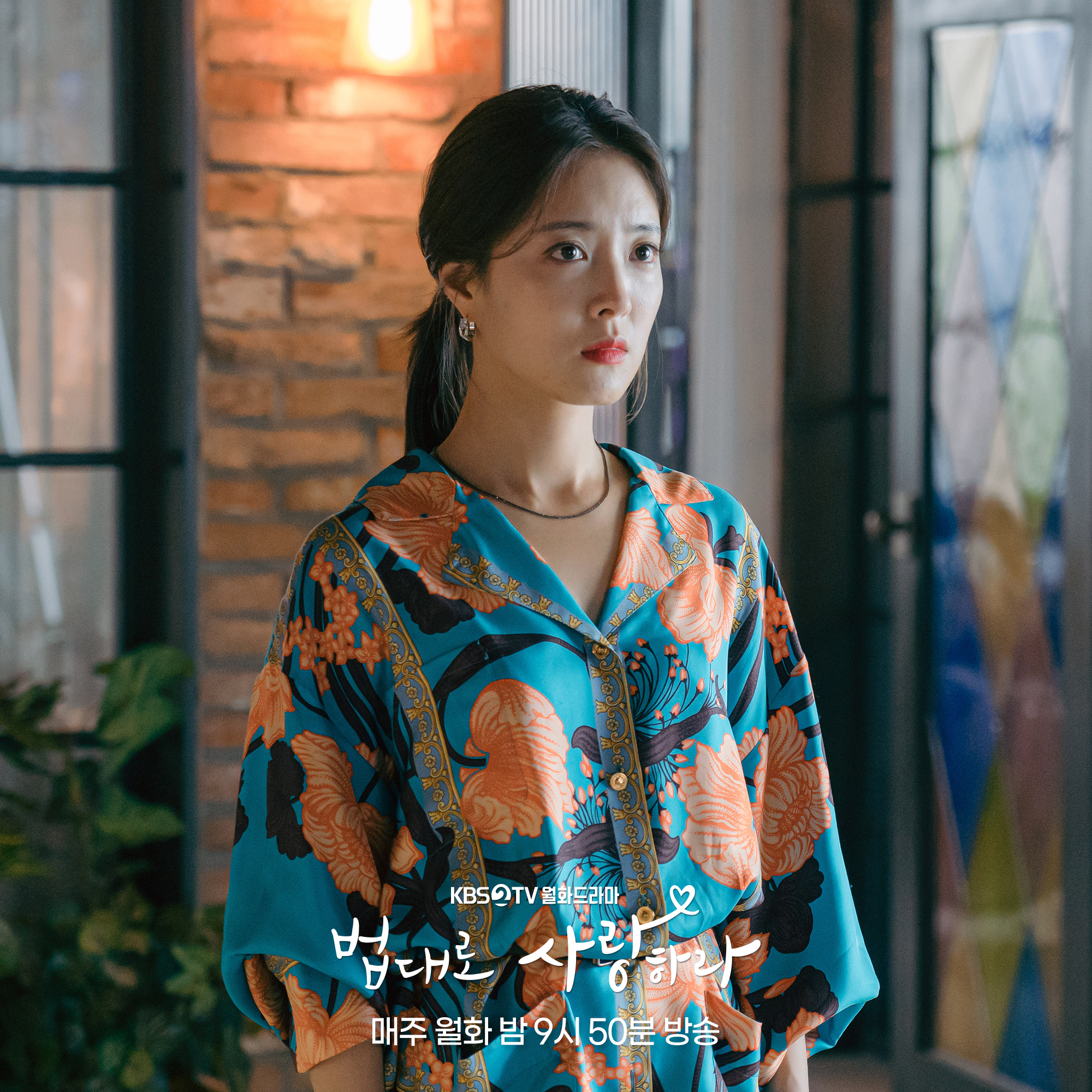 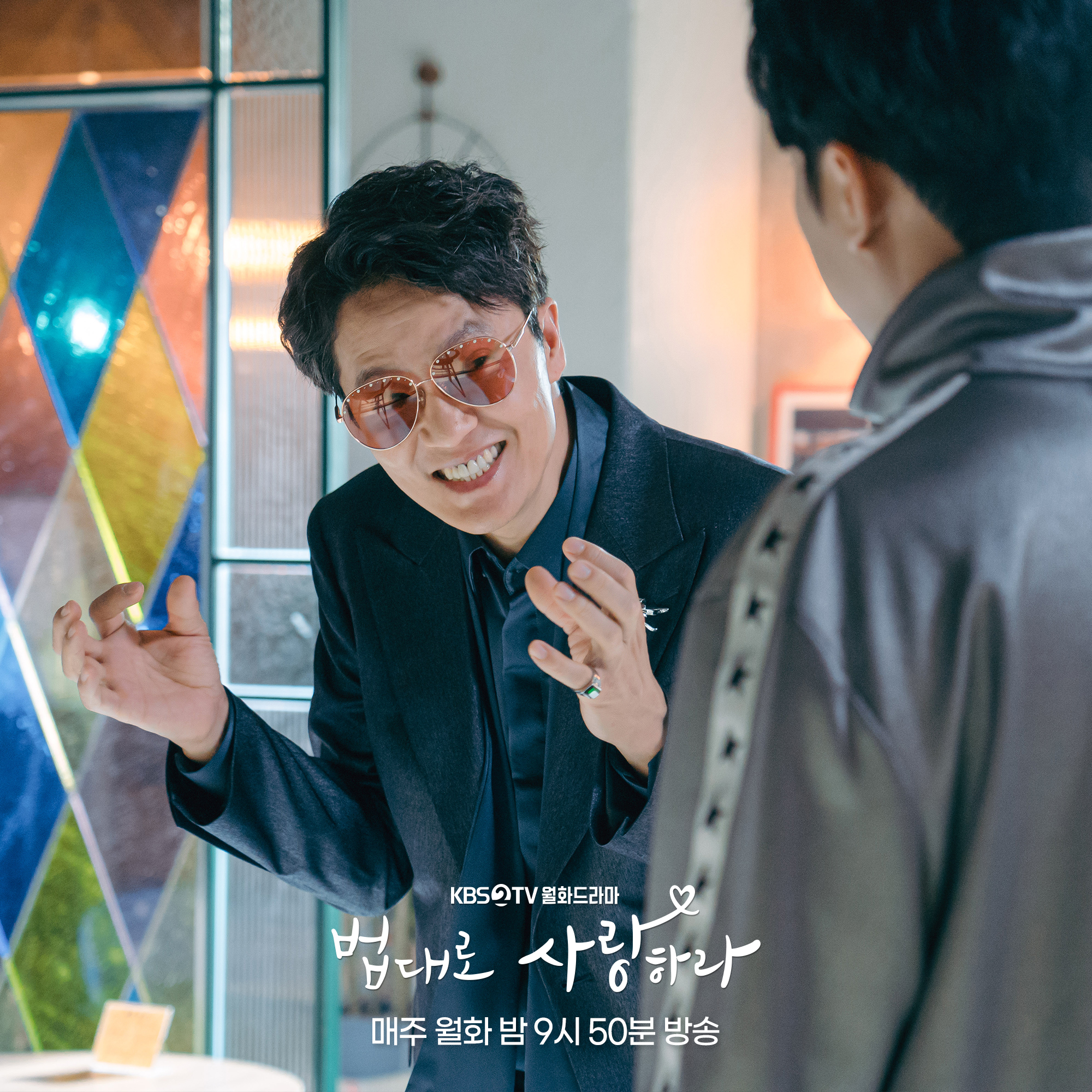 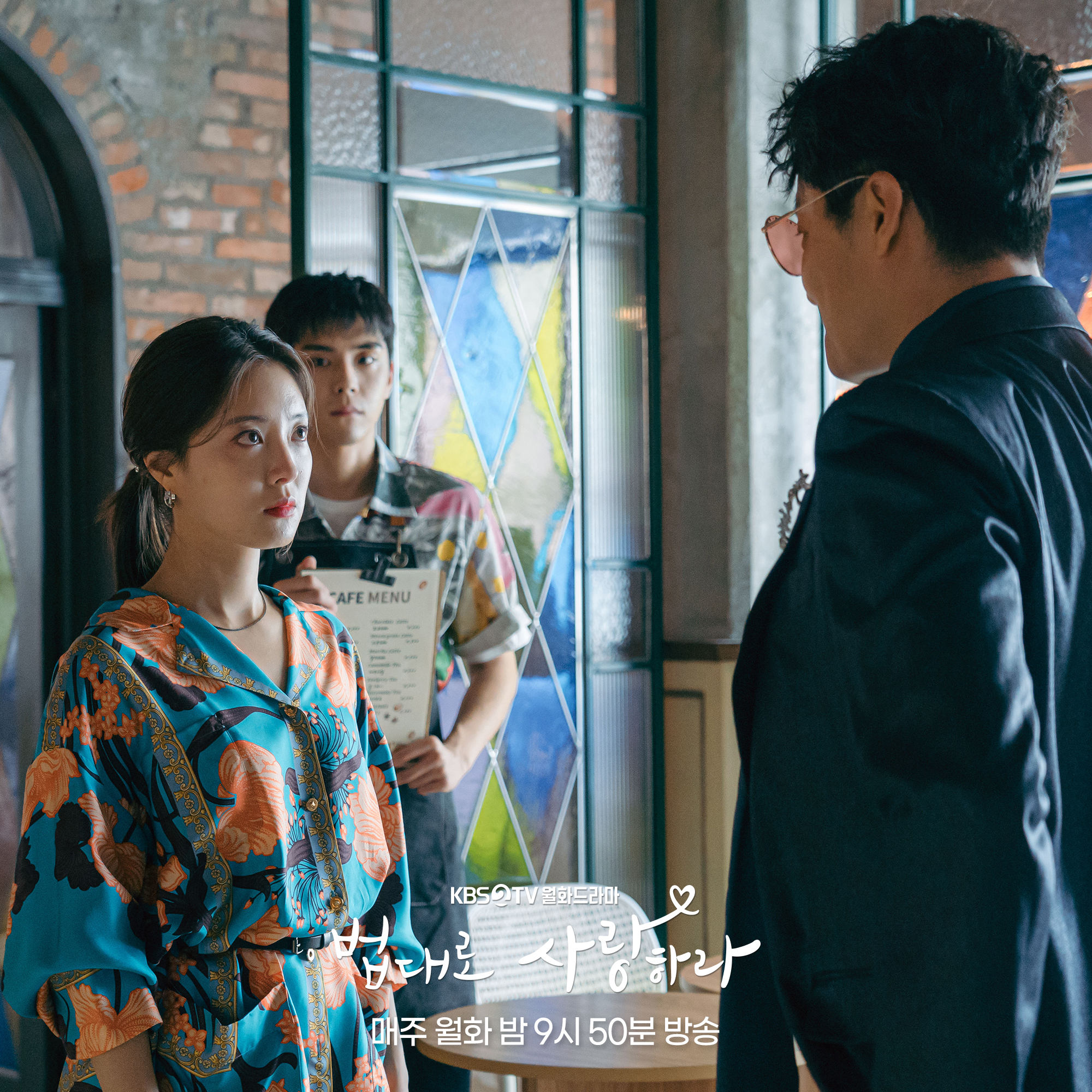 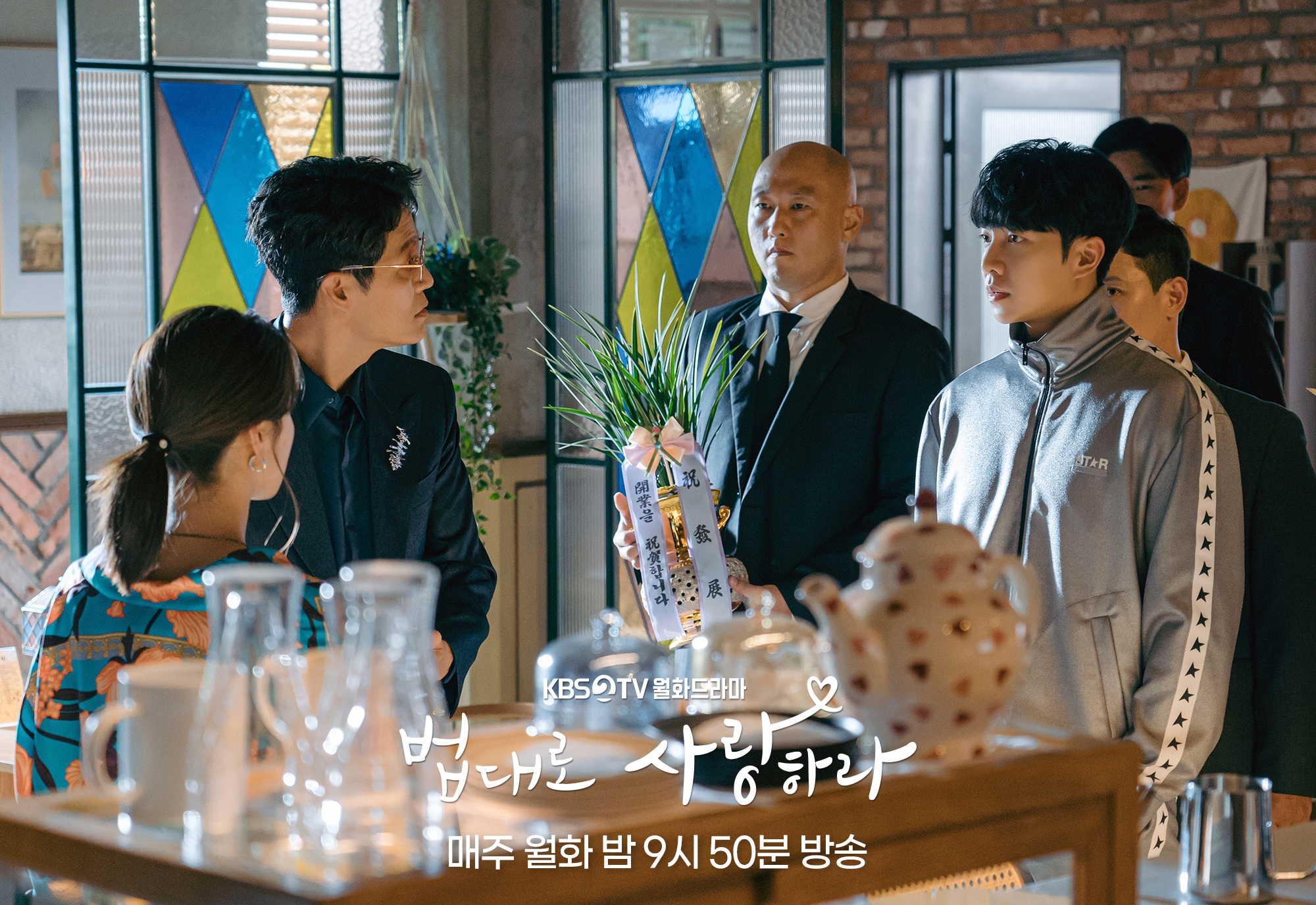 The producers of “The Law Cafe” teased, “This is a scene that will bring about a thunderbolt of emotional changes. Please tune in to Episode 6 of ‘The Law Cafe’ to see where the fates of these three people will lead after this frosty encounter.”

To find out what Jo Han Chul has to say—and how it will change things for Kim Yu Ri and Kim Jung Ho—tune in to the next episode of “The Law Cafe” on September 20 at 9:50 p.m. KST!

In the meantime, catch up on the first five episodes of the drama with subtitles below: