BTOB’s Yook Sungjae is a man on a mission in “The Golden Spoon”!

Based on the webtoon of the same name, “The Golden Spoon” is a new MBC drama about a student born into a poor family who uses a magical golden spoon to swap fates with a friend born into a wealthy family. BTOB’s Yook Sungjae stars as Lee Seung Chun, the student who hopes to turn his life around with the titular golden spoon, while Lee Jong Won plays Hwang Tae Yong, the privileged friend whose life Lee Seung Chun covets.

On the first episode of “The Golden Spoon,” Lee Seung Chun wasn’t sure whether to believe the elderly woman who told him that he could use the golden spoon to swap fates with a wealthy friend. Although he ate at Hwang Tae Yong’s house twice, he couldn’t bring himself to use the spoon—and he eventually wound up throwing it away.

In newly released stills from the drama’s next episode, the furious Lee Seung Chun is burning with determination to change his destiny after making up his mind to use the golden spoon. Vowing not to end up like his friend Jin Seok, Lee Seung Chun passionately digs through the trash to find his lost spoon before it’s too late.

Once the magical spoon is back in his possession, Lee Seung Chun barges into Hwang Tae Yong’s house to take his third meal there—and his fierce glare as he prepares to eat suggests that this time, he has no intention of backing out of using the spoon. 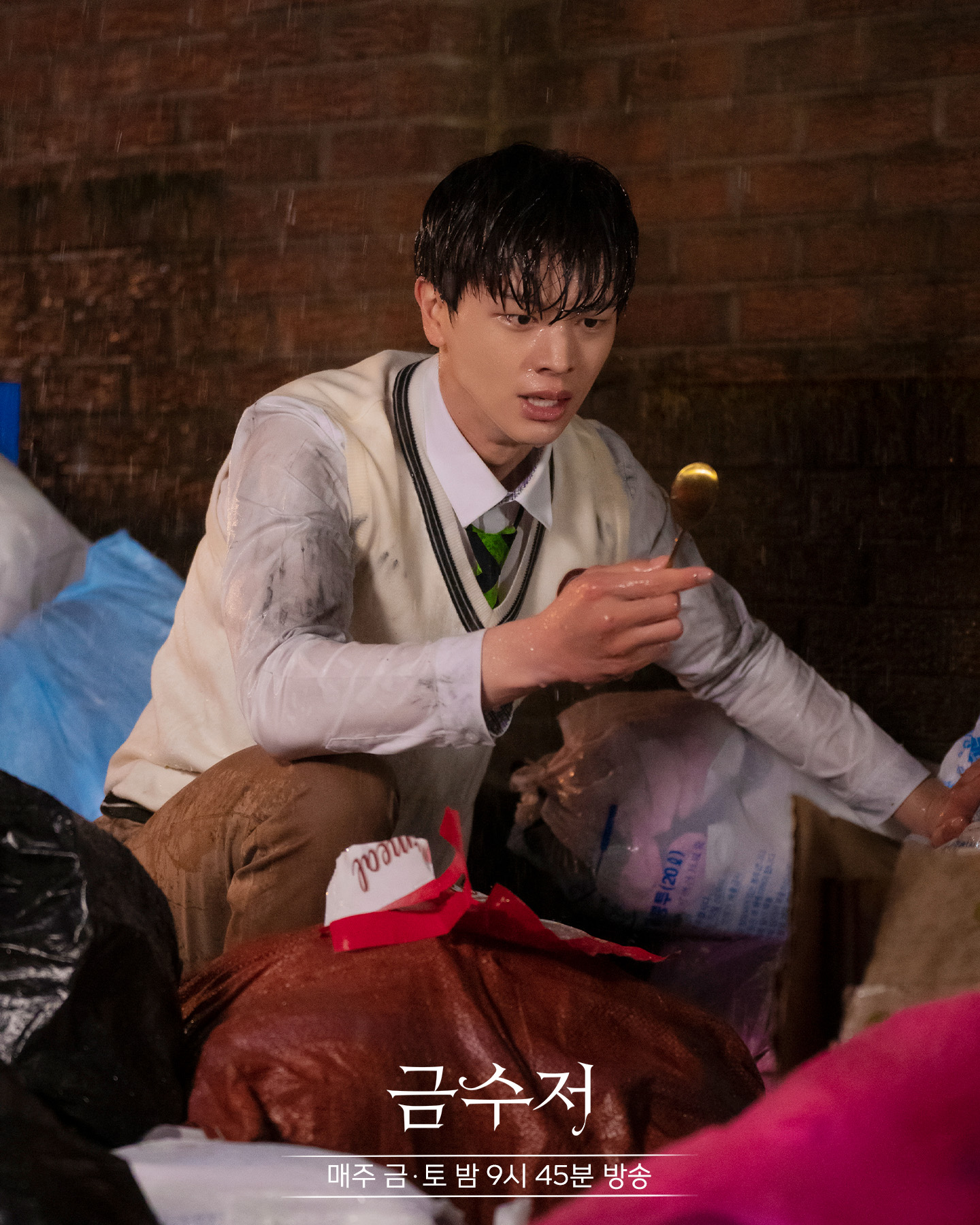 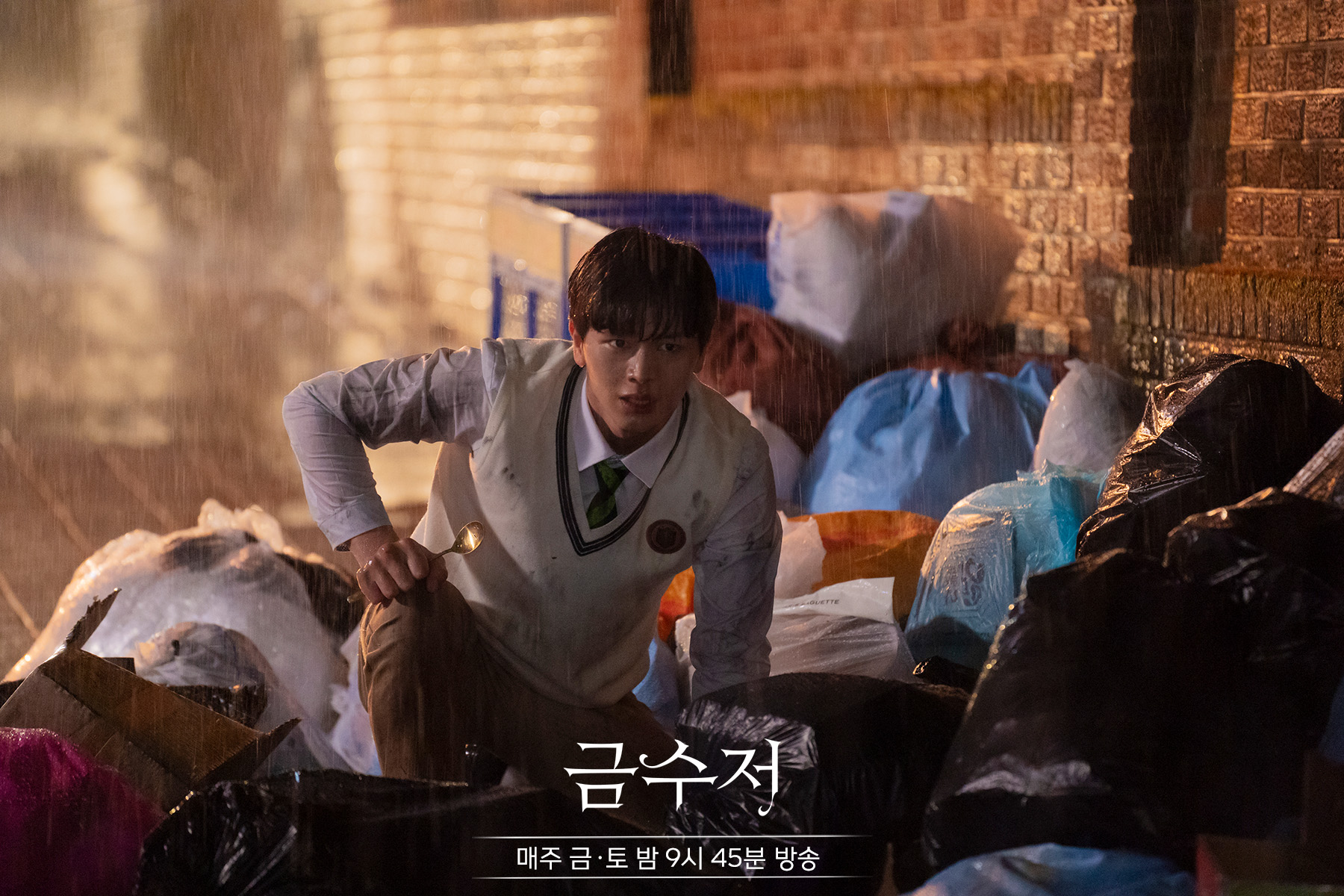 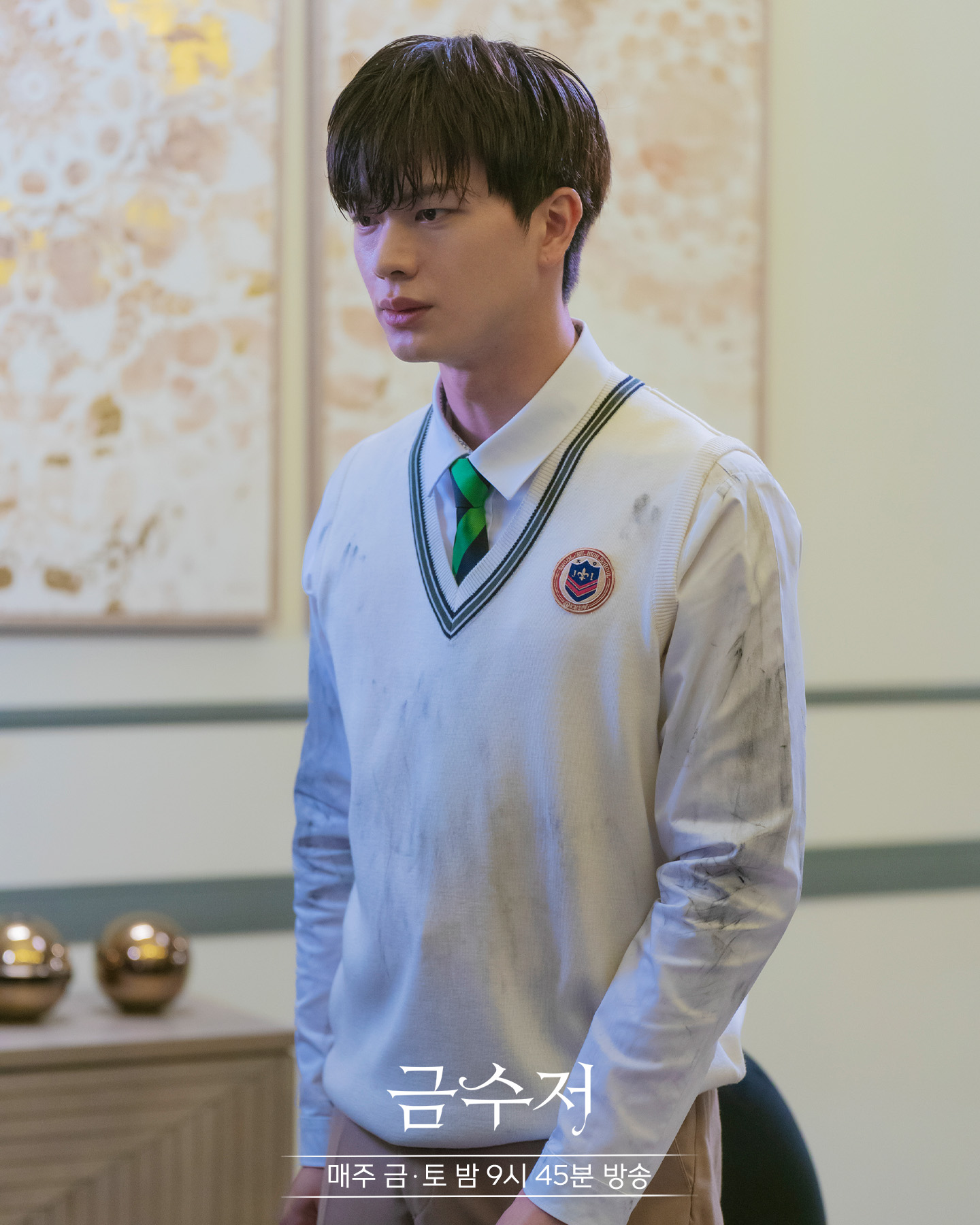 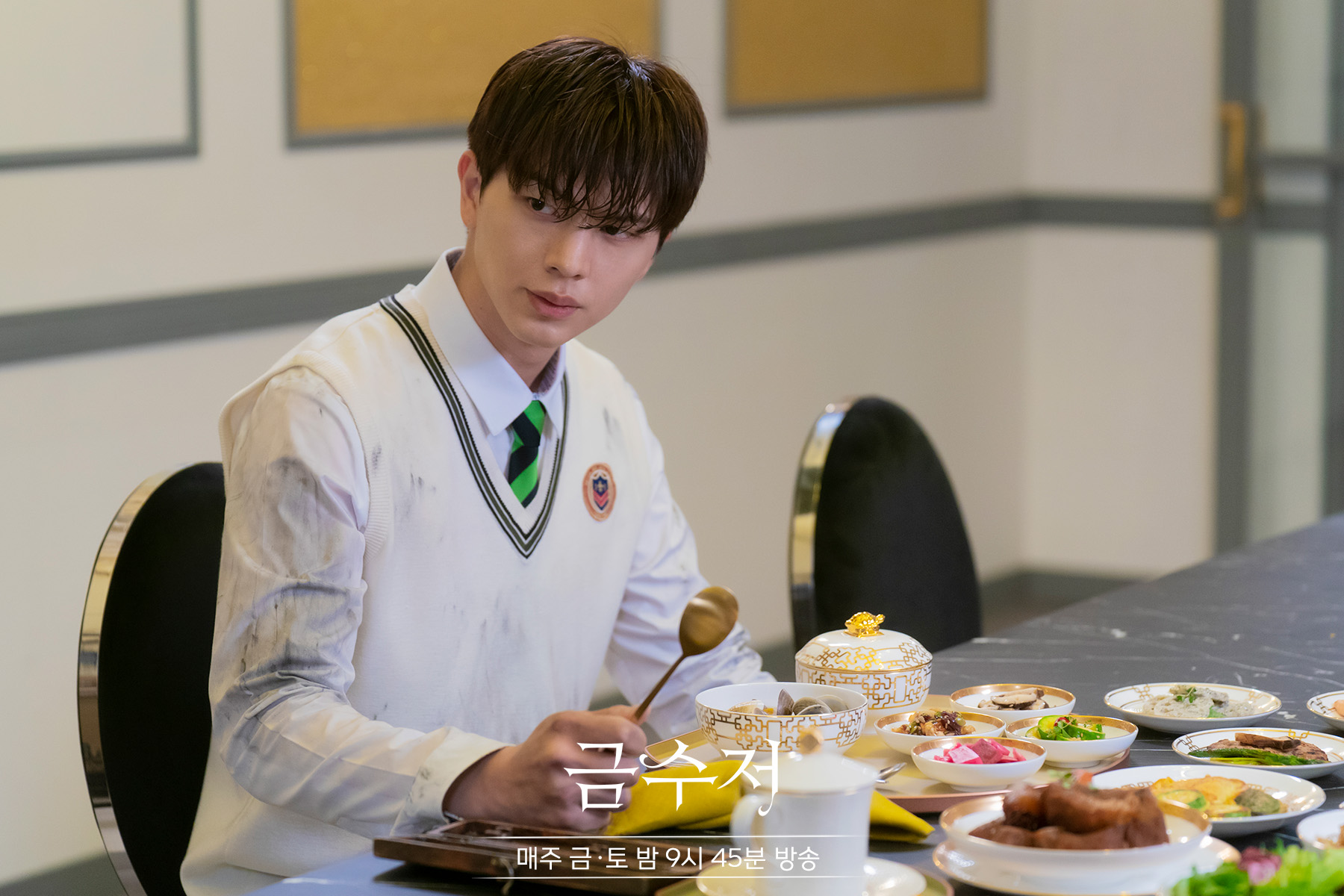 The producers of “The Golden Spoon” teased, “In Episode 2, Lee Seung Chun burns with determination to escape his ‘dirt-spoon’ fate and pours all his energy into [his attempts]. Please stay tuned to find out whether Lee Seung Chun’s desperate efforts will make him able to live the golden-spoon life that he hopes for.”

Will the third time be the charm? To find out whether Lee Seung Chun finally succeeds in using the golden spoon during his third meal, tune in to the second episode of “The Golden Spoon” on September 24 at 9:45 p.m. KST!