JTBC has shared a new sneak peek of its upcoming drama “The Empire”!

“The Empire” is a new drama set within the most prestigious legal circles of Korea. The story will follow the private lives and dark secrets of the overly ambitious “royalty” that rules the nation’s legal fields.

Ahn Jae Wook will star in the drama as Na Geun Woo, a law school professor who has risen up in society despite facing difficult circumstances early in life. Now on the verge of becoming a presidential candidate, he is married to Han Hye Ryul (Kim Sun Ah), who hails from a wealthy and powerful family and is currently the head of the Central District Prosecutors’ Office’s Special Branch.

In newly released stills from the upcoming drama, Han Hye Ryul and Na Geun Woo appear to be the perfect power couple as they attend a concert together. Even though they’re amidst some of the wealthiest and most powerful people in Korea, the elegantly dressed couple exudes an aura of relaxed confidence.

In fact, the happily married duo seems to be blissfully enjoying their night out as they gaze adoringly at their son Han Kang Baek (Kwon Ji Woo), who is attending the concert together with his friends from law school. Not only do they lavish affection on their son, but they also aren’t shy about their affection for one another, so it’s no surprise that they attract attention and envy wherever they go.

However, according to the producers of the drama, the jealous gaze of a particular individual will put Na Geun Woo in a tough spot at the event—adding tension and suspense to what might have otherwise been an uneventful evening. 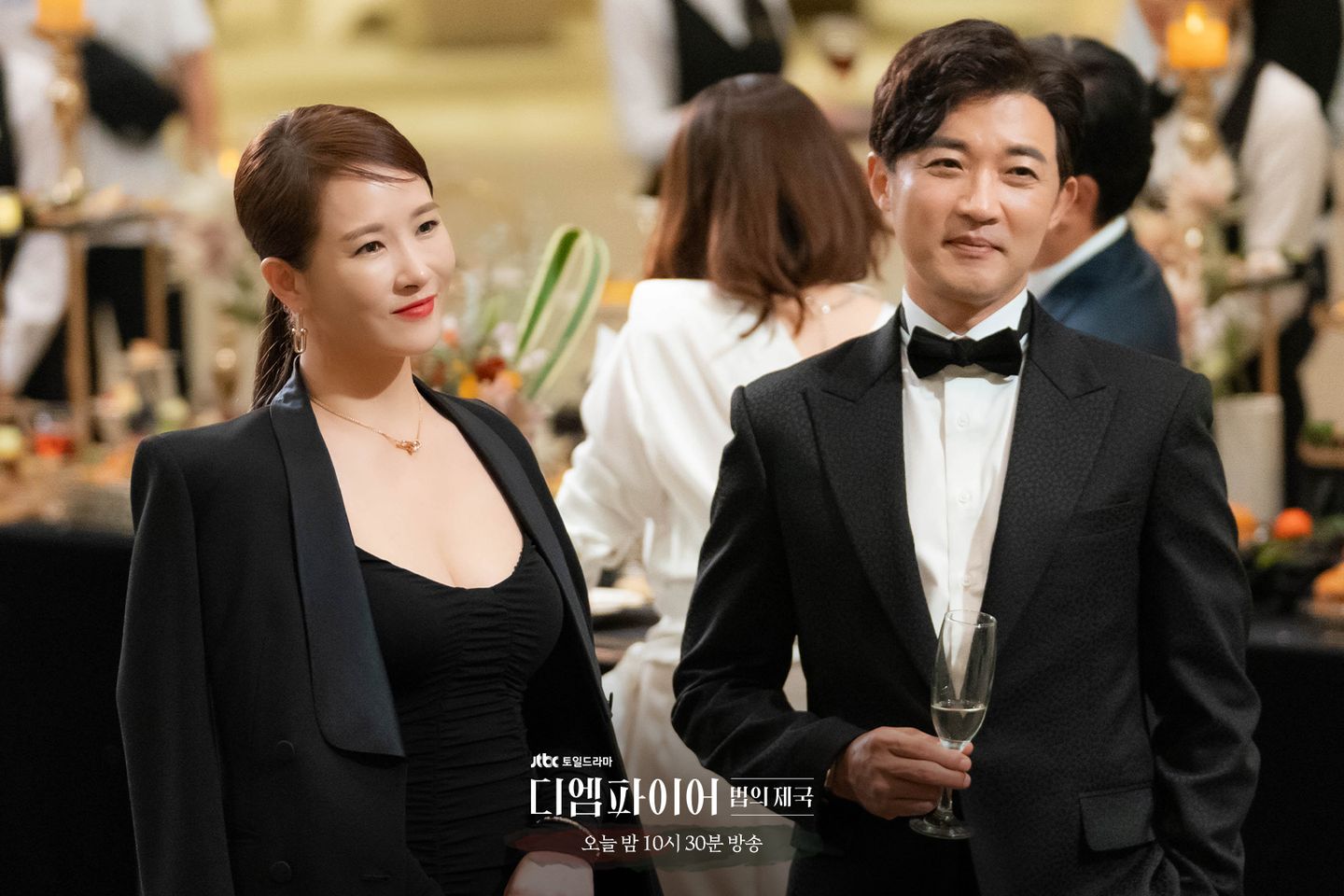 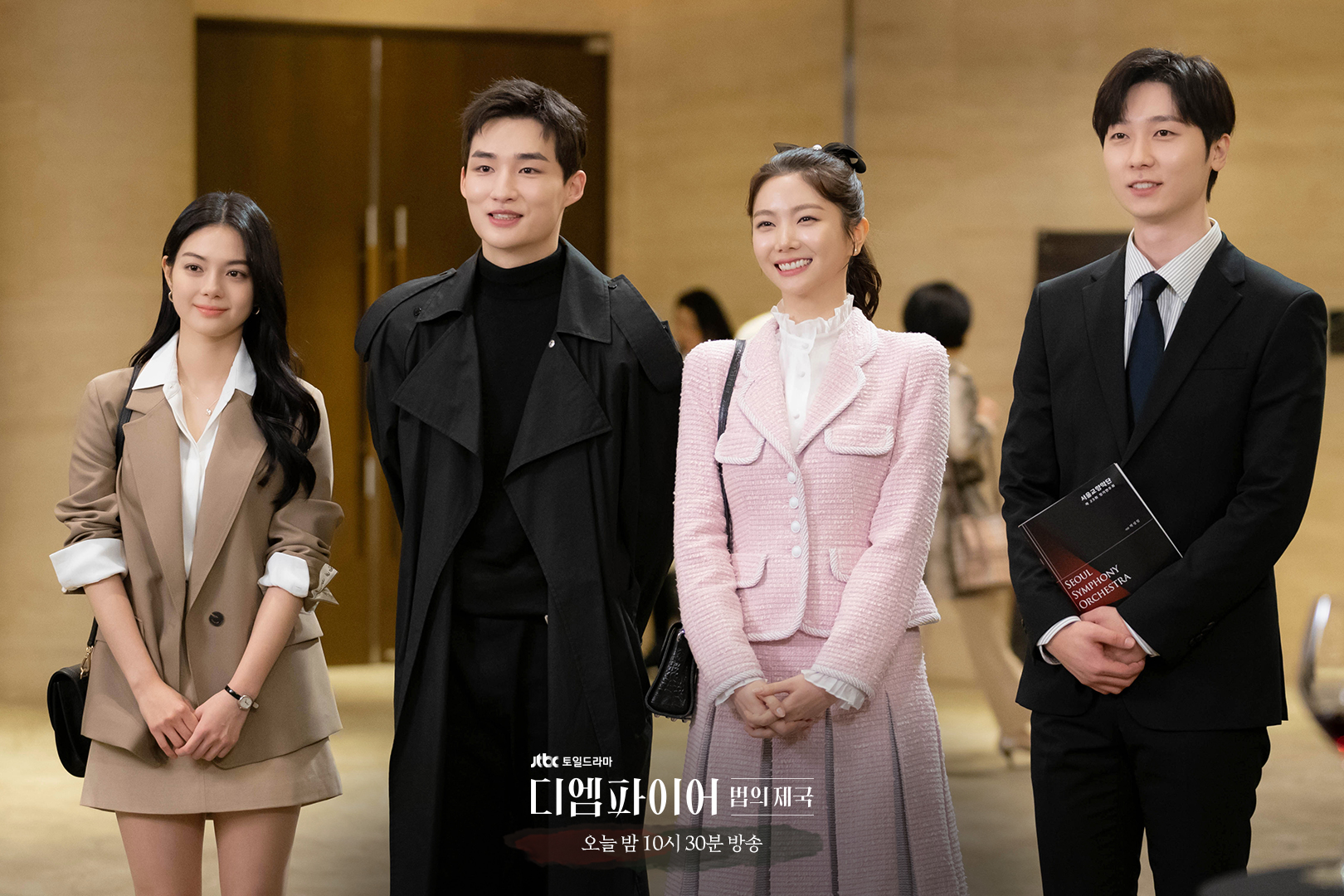 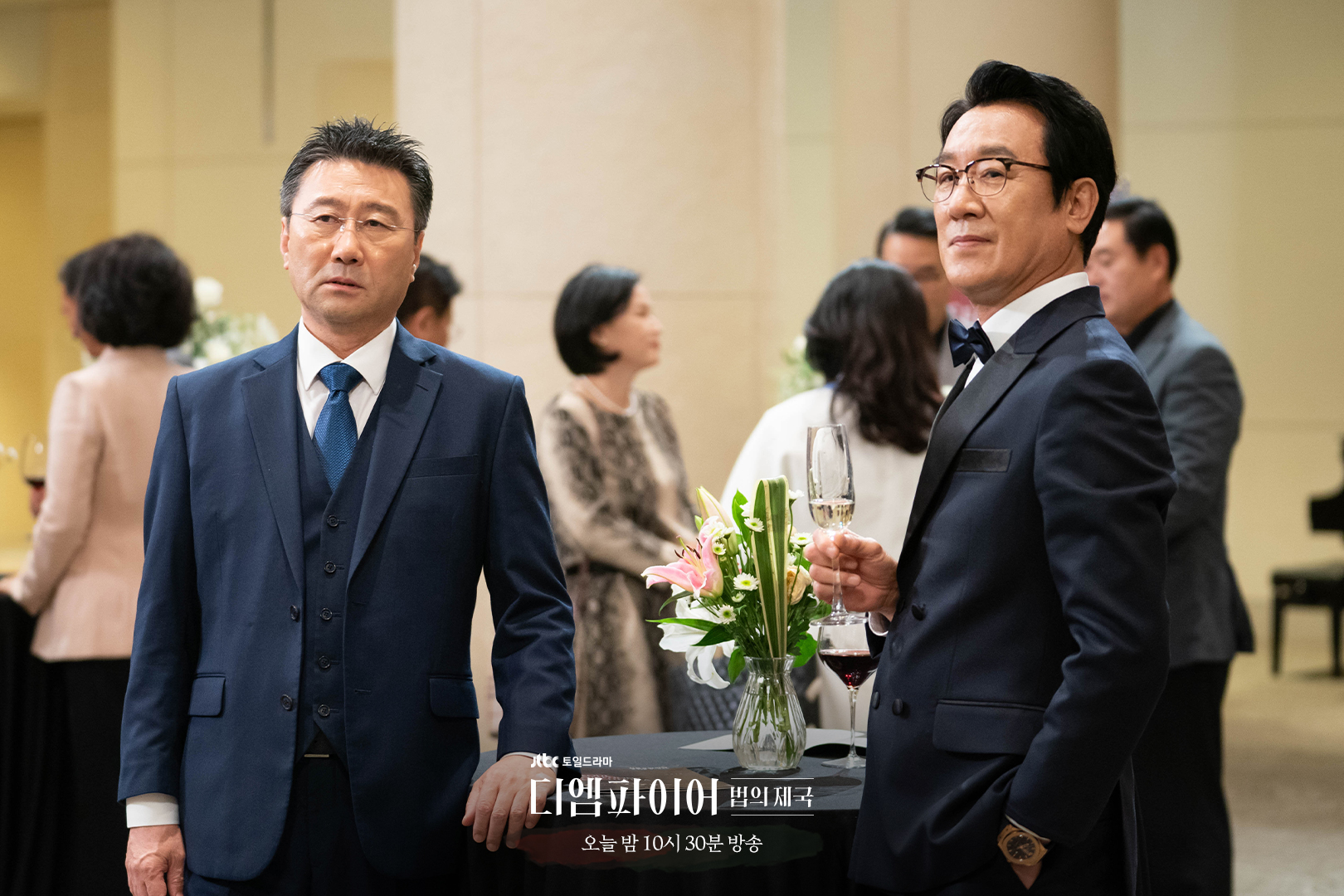 To find out who is keeping a jealous eye on the happy couple—and how it will affect their night—tune in to the premiere of “The Empire” on September 24 at 10:30 p.m. KST!

In the meantime, watch a teaser for the drama with English subtitles below:

Ahn Jae Wook
Kim Sun Ah
The Empire
How does this article make you feel?