ENA’s upcoming drama “Love is for Suckers” has shared a glimpse of AB6IX’s Lee Dae Hwi in character!

“Love is for Suckers” is a new romantic comedy starring Lee Da Hee and Super Junior‘s Choi Siwon as two best friends who have known each other for 20 years. When they meet as the producing director (PD) and a cast member of a reality dating show, they unexpectedly begin to develop romantic feelings for one another.

Lee Dae Hwi will be playing the role of Kim Sang Woo, a rookie variety show producer under Goo Yeo Reum (Lee Da Hee)’s tutelage. Skilled at running all sorts of errands and taking care of the little things on set, Kim Sang Woo makes a reliable assistant for the more experienced Goo Yeo Reum, who needs all the help she can get on the hectic filming set.

In newly released stills from the upcoming drama, the busy Kim Sang Woo frantically runs around to wherever he is needed at the moment. In one photo, he holds up the slate to mark the start of filming; in another, he can be seen rushing around to resolve unexpected crises on set. Yet another photo captures the rookie producer looking sheepish as he gets scolded by Goo Yeo Reum, apparently having made some sort of mistake. 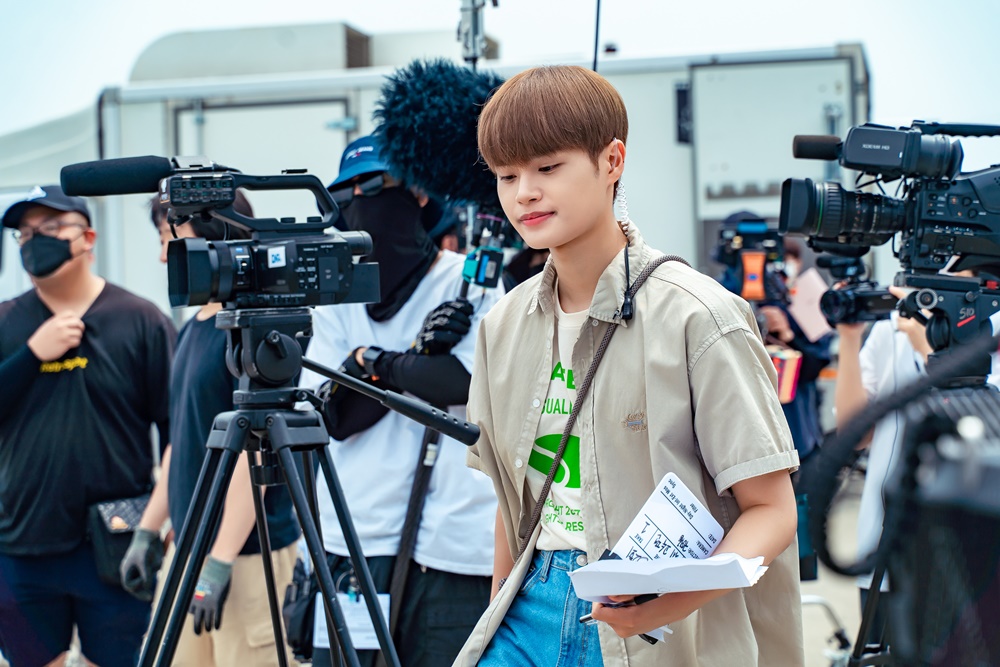 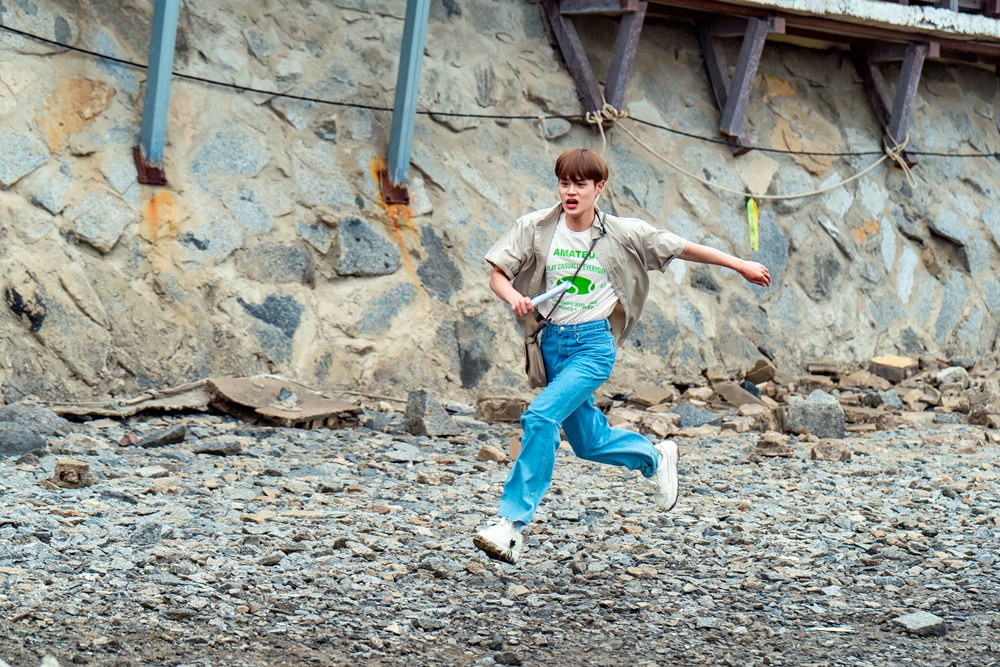 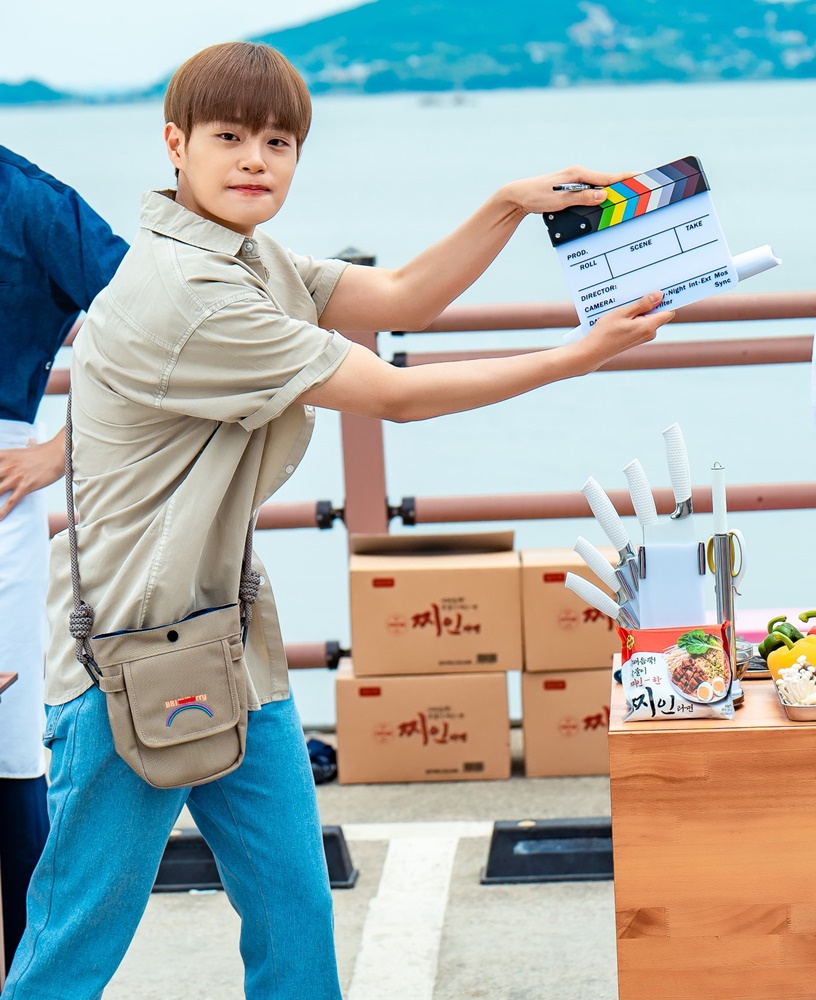 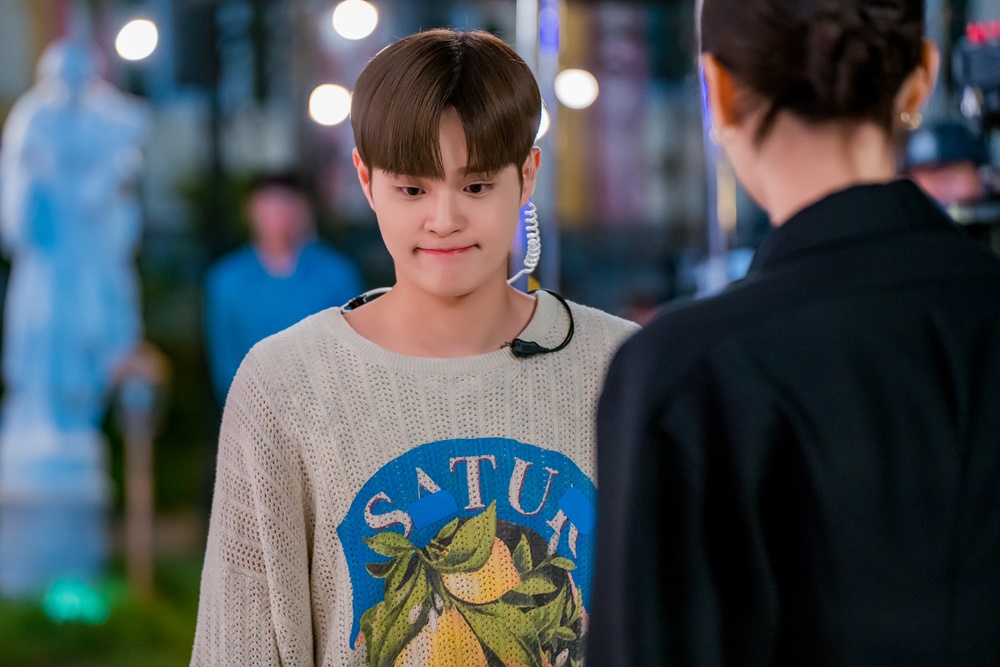 Lee Dae Hwi remarked, “I was so happy and had so much fun during filming. Because it was my first time appearing in a full-fledged drama, I was very nervous and felt a lot of pressure, but thanks to the director and senior actors giving me a lot of help on set, I was able to do a good job filming.”

“I consider it a huge honor that I was able to work together with such a great cast and crew, and it was a time that allowed me to grow a lot,” he continued. I’ll work harder to consistently show you good things as an actor, so please give me lots of interest and love in the future as well.”

Meanwhile, the producers of “Love is for Suckers” commented, “Lee Dae Hwi’s acting is so natural that it’s hard to believe it was his first full-fledged drama, and with his hard-working attitude, he’s doing an outstanding job pulling off his role as a dash of personality and comic relief.”

They went on to add, “Please tune in to see how Lee Dae Hwi portrays the character of Kim Sang Woo, who—like the real-life idol Lee Dae Hwi—is someone who is skilled at everything.” 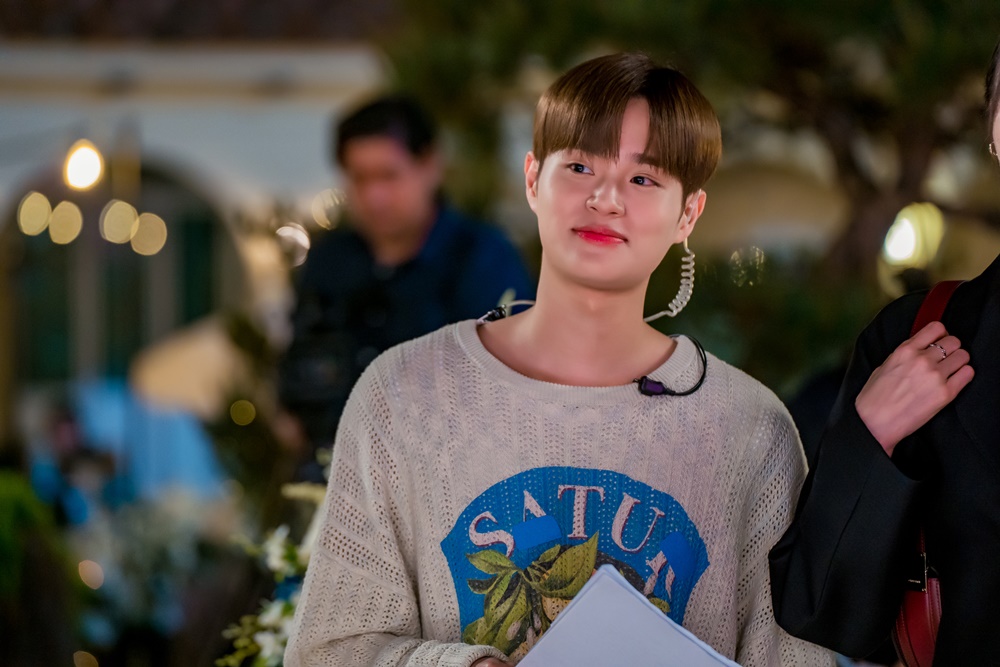 “Love is for Suckers” premieres on October 5 and will be available with subtitles on Viki.

Lee Dae Hwi
AB6IX
Love is for Suckers
How does this article make you feel?