tvN’s upcoming historical drama “The Queen’s Umbrella” centers on the special palace education system of the Joseon Dynasty. The drama will follow the conflict within the palace over trying to make proper princes out of its five troublemaking princes, who cause nothing but headaches for the royal family. Kim Hye Soo will star in the drama as queen Im Hwa Ryung, the wife of a great king and the long-suffering mother of five troublemaking sons.

However, the queen is not the only important and competitive maternal figure in the palace. There is also Im Hwa Ryung’s mother-in-law Queen Dowager (Kim Hae Sook), as well as concubines Tae So Yong (Kim Ga Eun) and Hwang Gwi In (Ok Ja Yeon).

The new poster sets capture each of these four mothers and their unique methods to make sure their kids reach the highest point of success. Created like a book that looks to have incredibly useful information, each poster reveals the mother’s education secrets and strategies.

Extremely unlike all the other mother’s know-hows, Im Hwa Ryung intriguingly promotes the use of an herbal medicine as her secret method. On top of that, the piles of books and the collection of medicine are not for her sons, but for her instead. The image of the queen taking her medicine while diligently focusing on her studies looks refreshing, but raises many questions.

As Im Hwa Ryung attempts to restore her energy with the best herbal medicine and acquire more wisdom by diving into books, viewers can look forward to seeing how the queen will use this method to gain new solutions while fighting off various obstacles within the palace. Stay tuned to find out whether the queen’s hard work will lead to an awakening in her lazy and uncooperative sons! 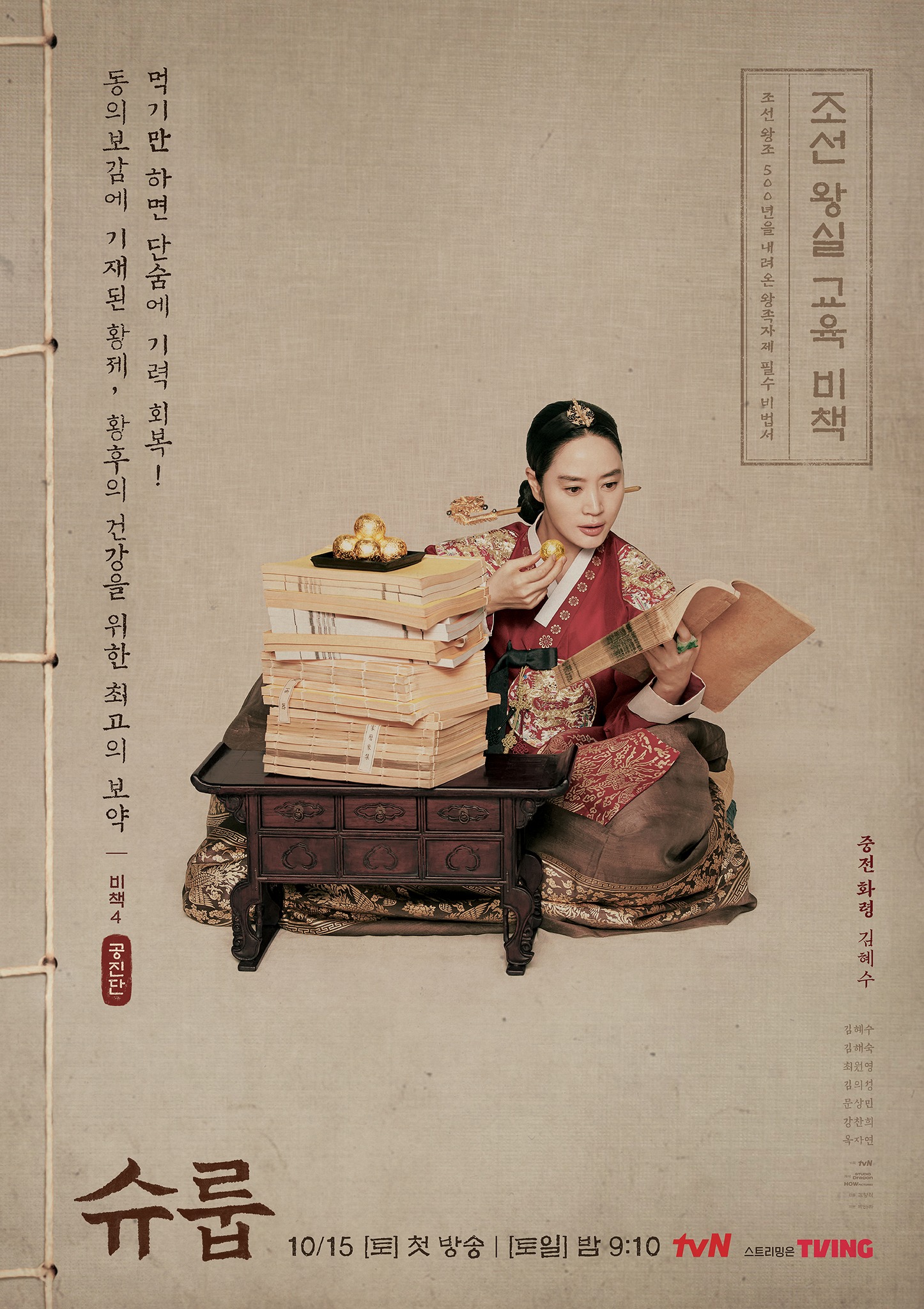 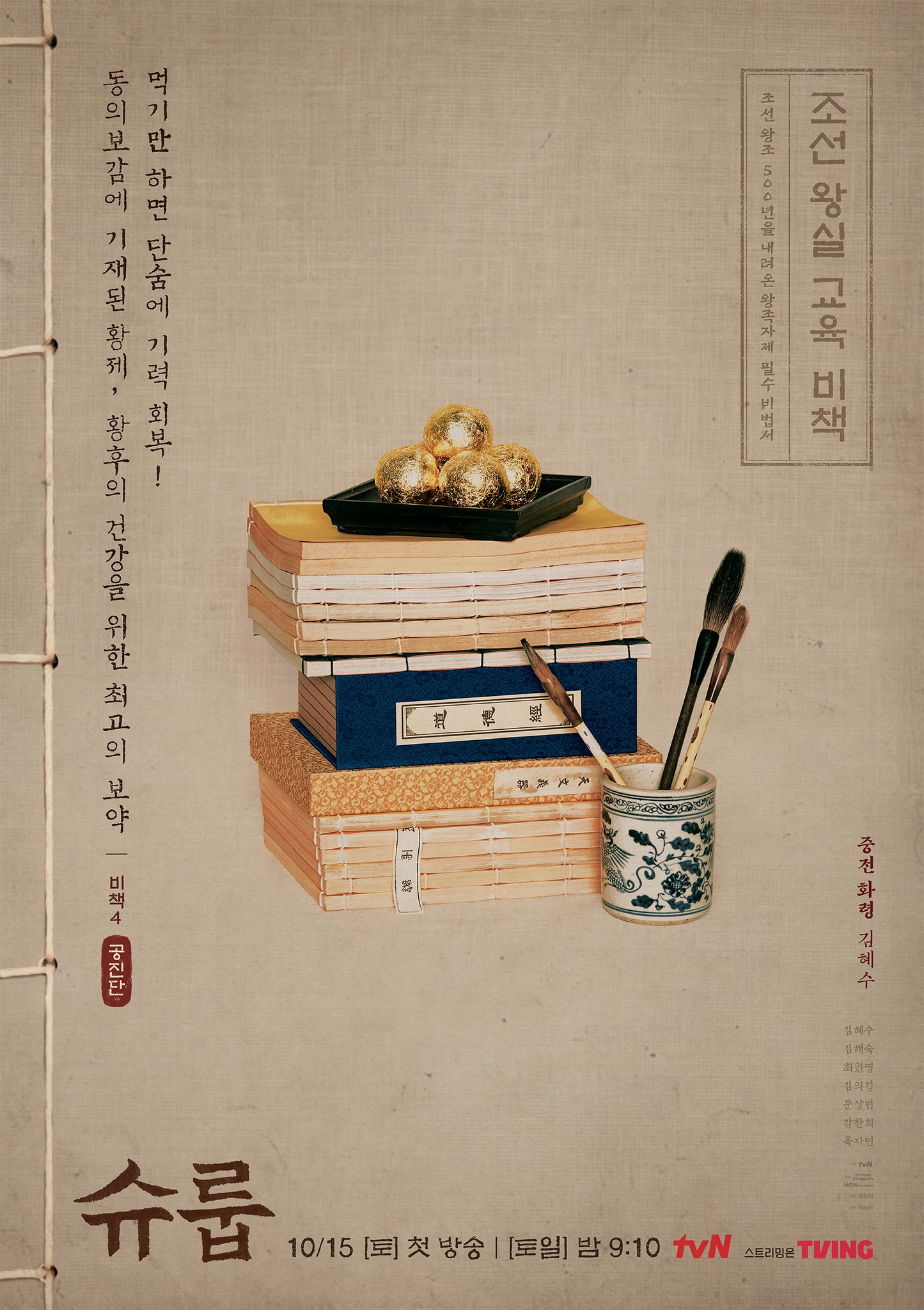 In Kim Hae Sook’s poster, she poses dutifully as Queen Dowager, along with her son king Lee Ho (Choi Won Young). The almighty Queen Dowager is the role model of both Hwang Gwi In and Tae So Yong and her extraordinary secret method is “an introduction to disciplines of kingship.” Surpassing both knowledge and sincerity, Queen Dowager skips right to teaching her son the A to Z’s of leadership and becoming the king.

As a living legend who was able to make her son, who was born to a concubine, into a noble prince, the experienced Queen Dowager is already one step ahead of everyone else. 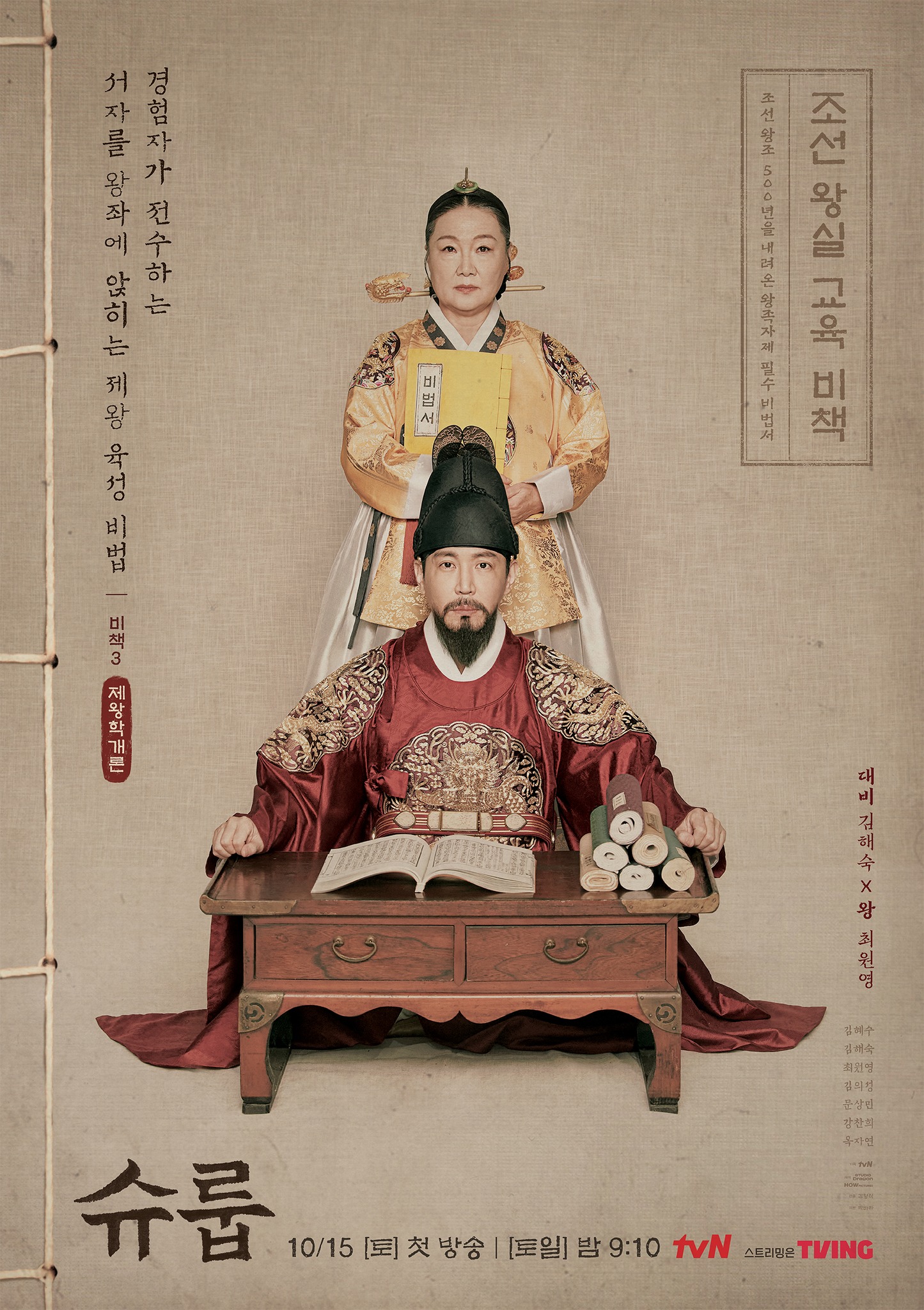 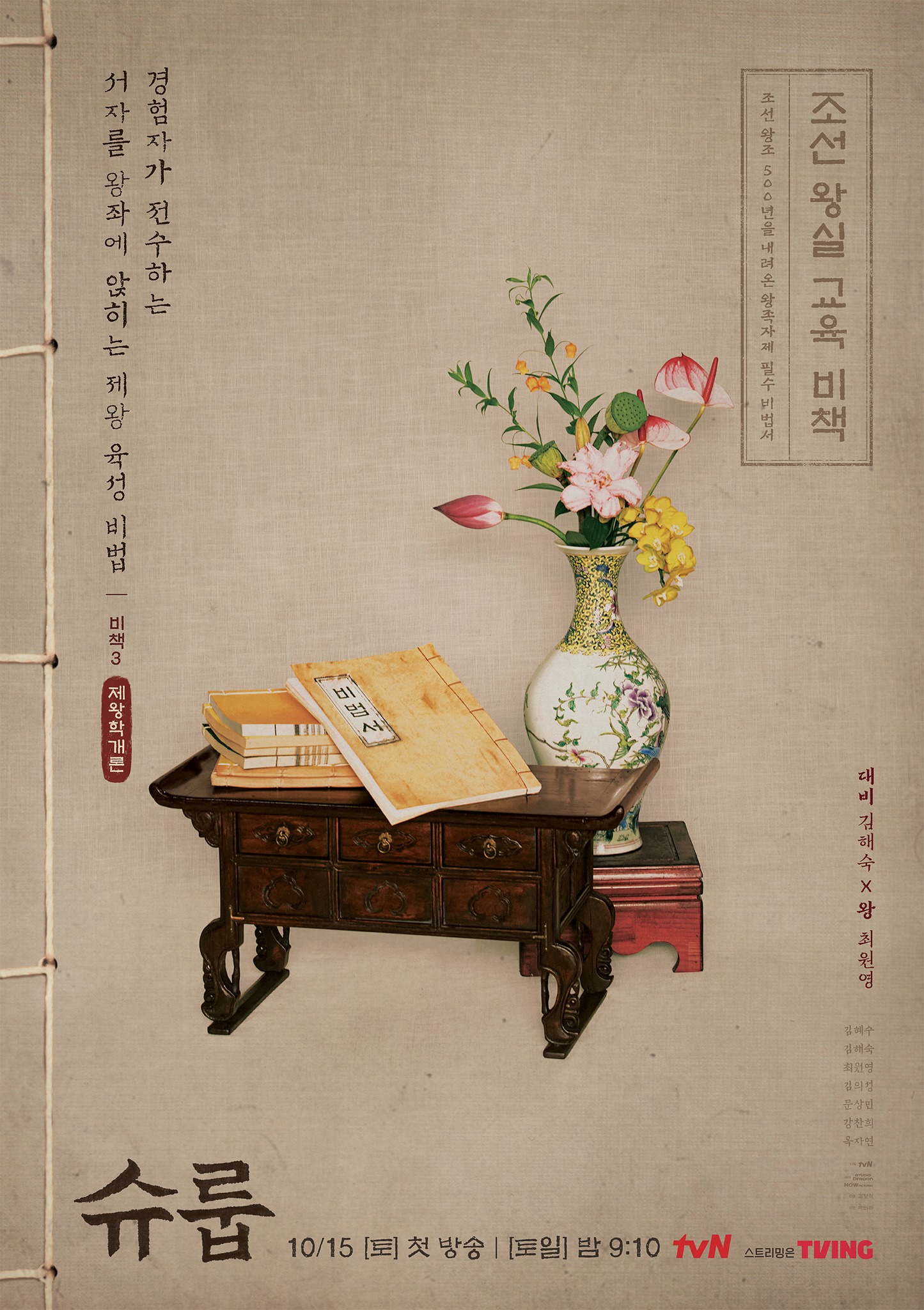 The secret of Hwang Gwi In is ‘baekbitang,’ a medicinal water with incredibly rare ingredients that has been boiled 100 times. She looks coercive and controlling as she pours her dear son prince Eui Sung (SF9’s Chani) a cup of baekbitang. Eui Sung accepts his mother’s offer while appearing just as competitive and determined as her. 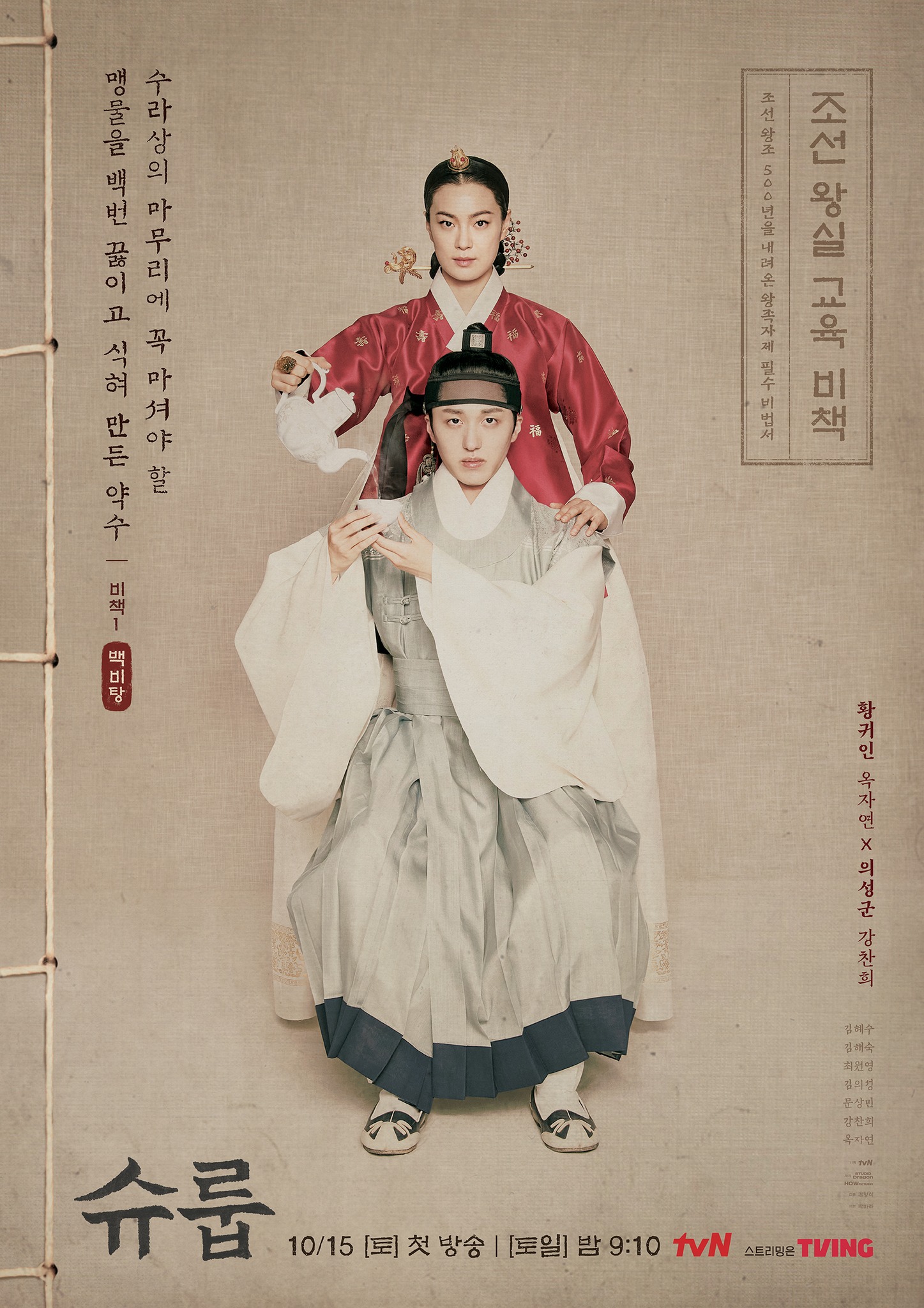 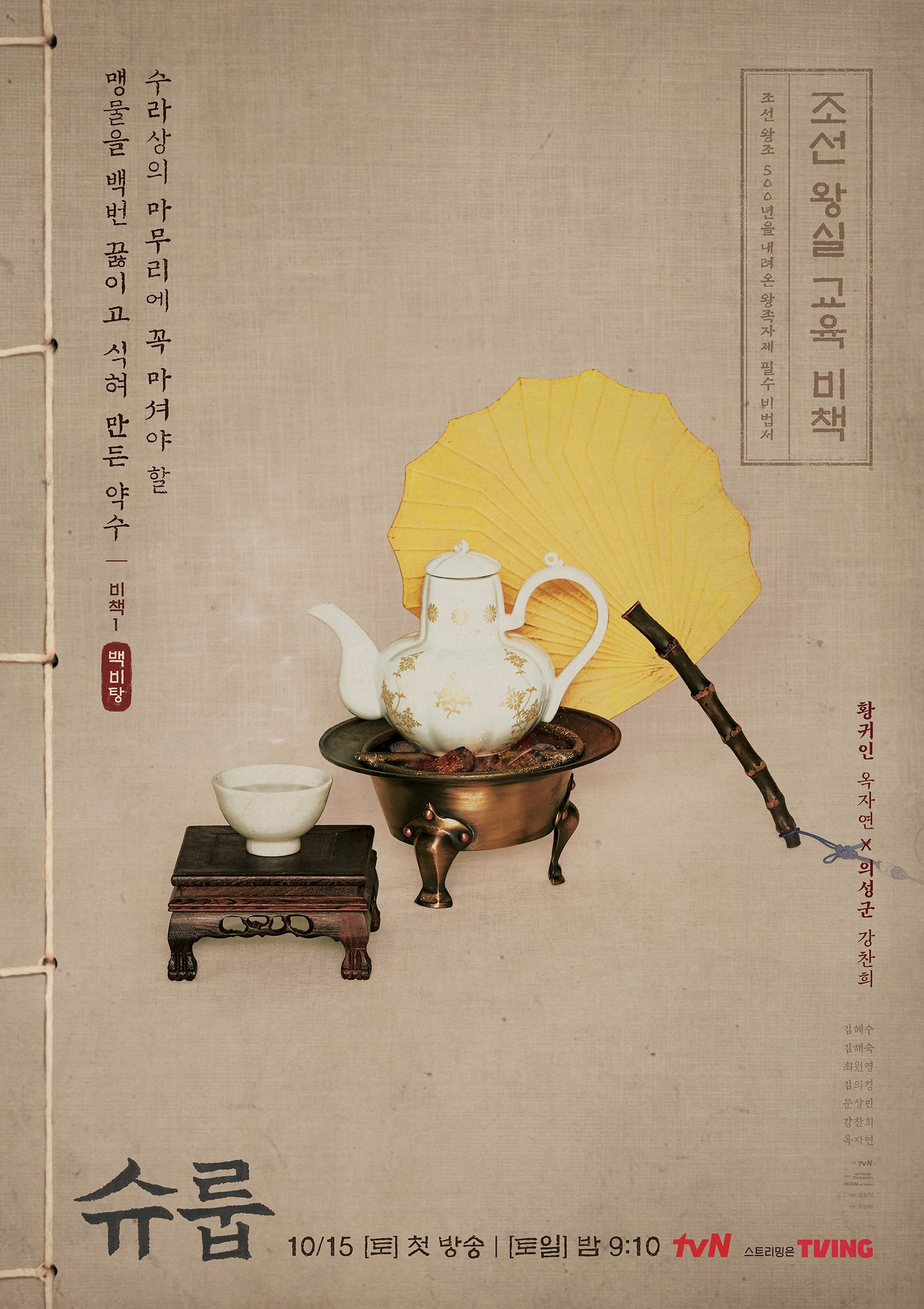 Completly contrasting Hwang Gwi In and prince Eui Sung’s vibe is Tae So Yong and her son prince Bo Gum (Kim Min Ki). While his mother sits comfortably with a proud smile, Bo Gum stands behind her with a book, proving that he does what needs to be done on his own. Their secret strategy is “knowledge law,” which appears to be the method to follow, given how much of a model student Bo Gum is. Every night, prince Bo Gum also practices a breathing technique where he dunks his entire face in salt water and holds his breath for 150 seconds. 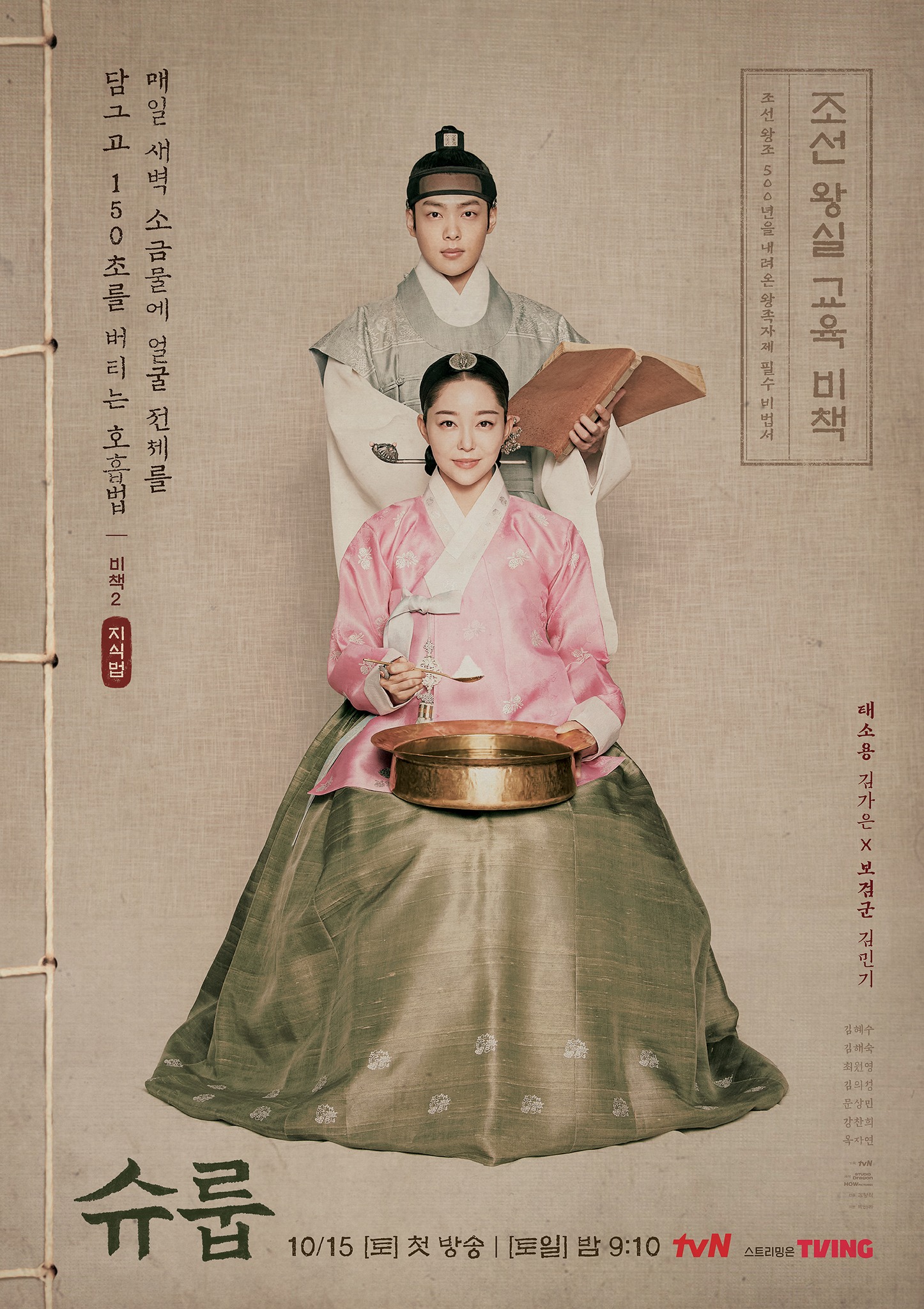 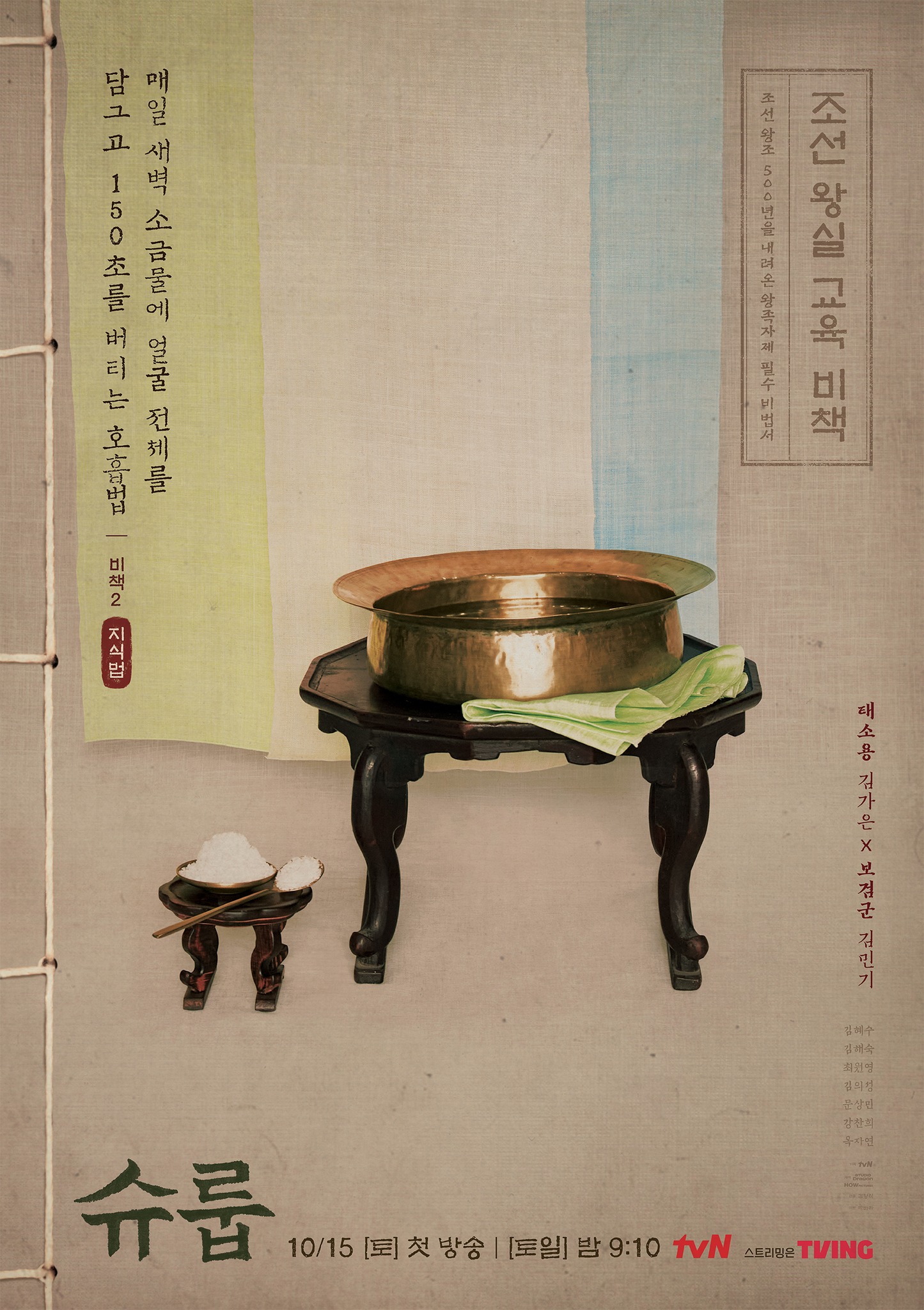 In the meantime, watch Kim Ga Eun in “On the Verge of Insanity” below!