“Curtain Call: Trees Die on Their Feet” (literal title) is about an elderly woman from North Korea who doesn’t have much time left to live and a theatre actor who acts as her grandson in order to fulfill her final wish. Kang Ha Neul will star as Yoo Jae Heon, the unknown theatre actor who undertakes a life-changing endeavor, while Ha Ji Won will star as heiress Park Se Yeon, who manages the hotel owned by her family.

Noh Sang Hyun will portray a dramatic transformation in his role as the mysterious Ri Moon Sung. In the drama, Ri Moon Sung will get tangled with a variety of characters and cause all kinds of interesting scenarios.

The newly released stills of Noh Sang Hyun capture Ri Moon Sung’s majestic charisma that perfectly suits his role as the secret weapon that leads the flow of the drama. Even while eating, Ri Moon Sung does not let his guard down and stays vigilant about his surroundings. When a young child approaches him, Ri Moon Sung remains cold and bitter. Within the dark atmosphere, the character rocks extravagant and eye-catching patterns on his clothes that playfully contrast his sharp gaze and powerful aura. 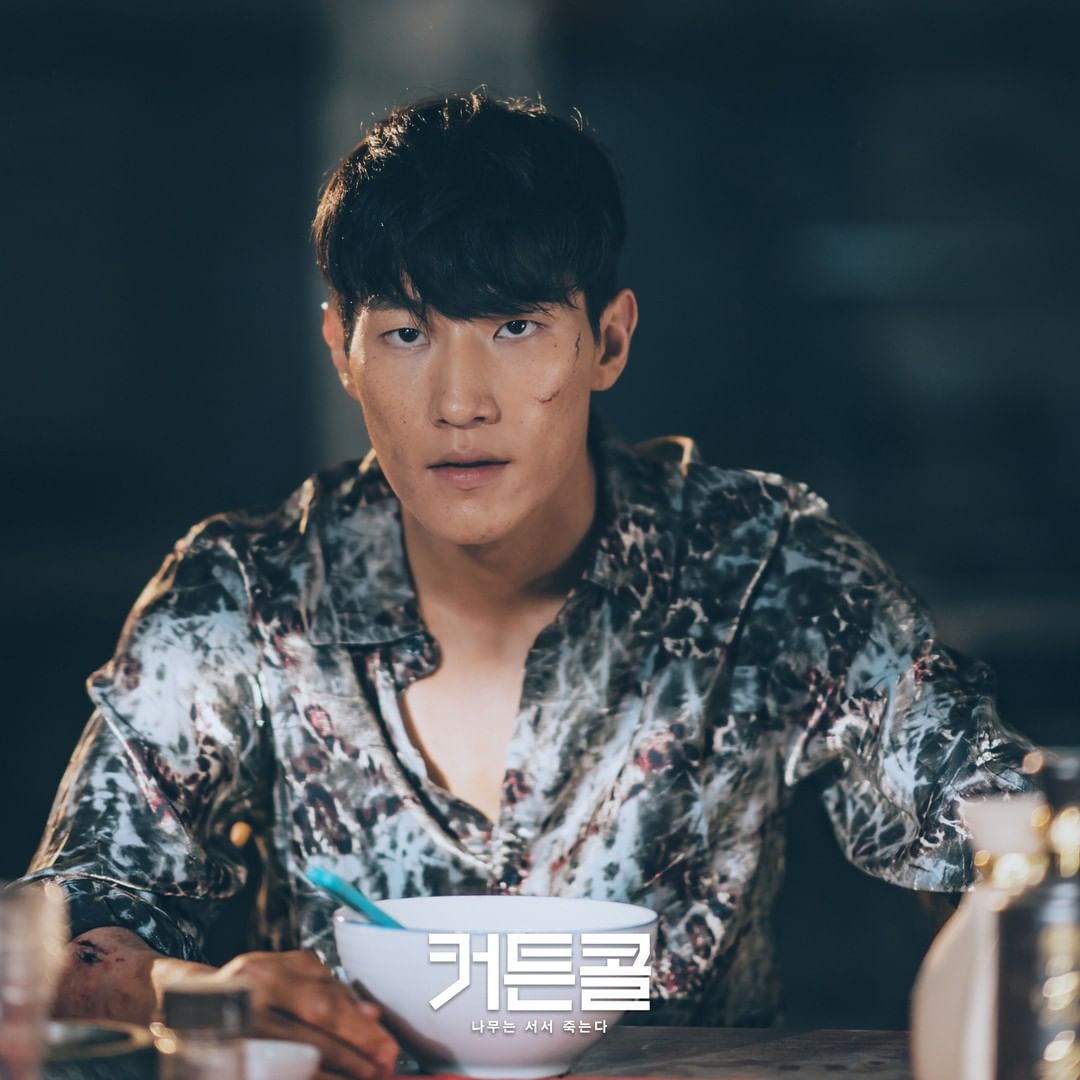 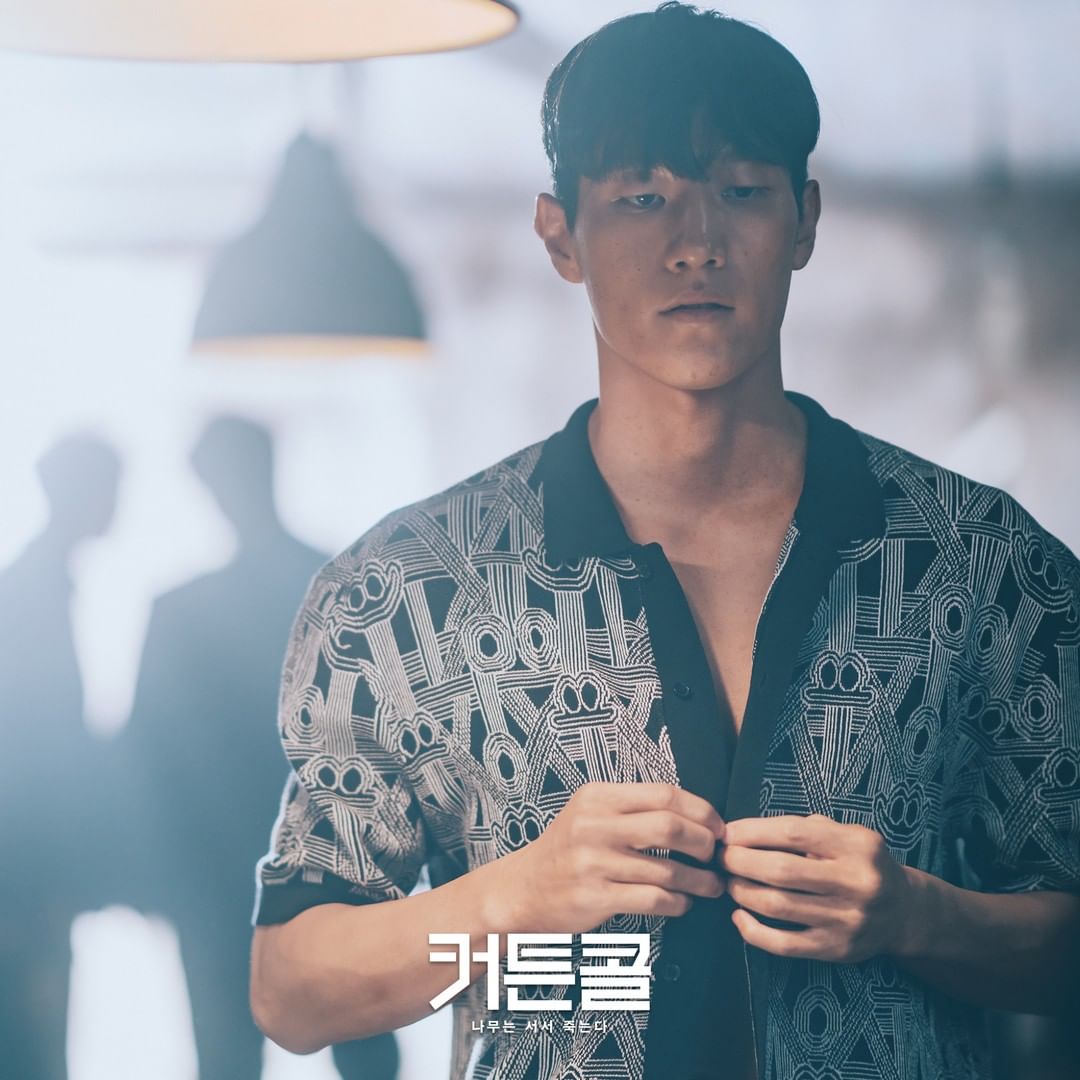 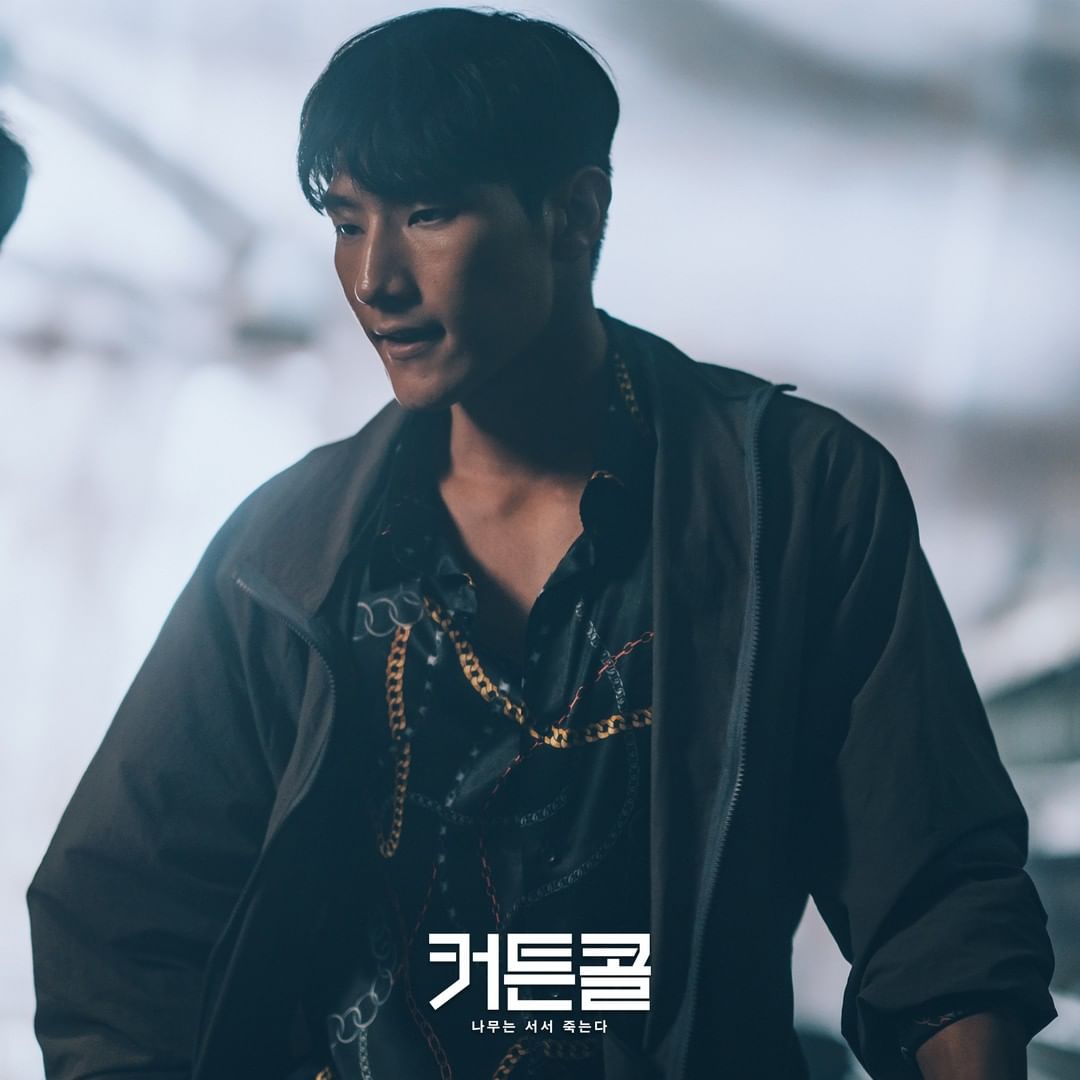 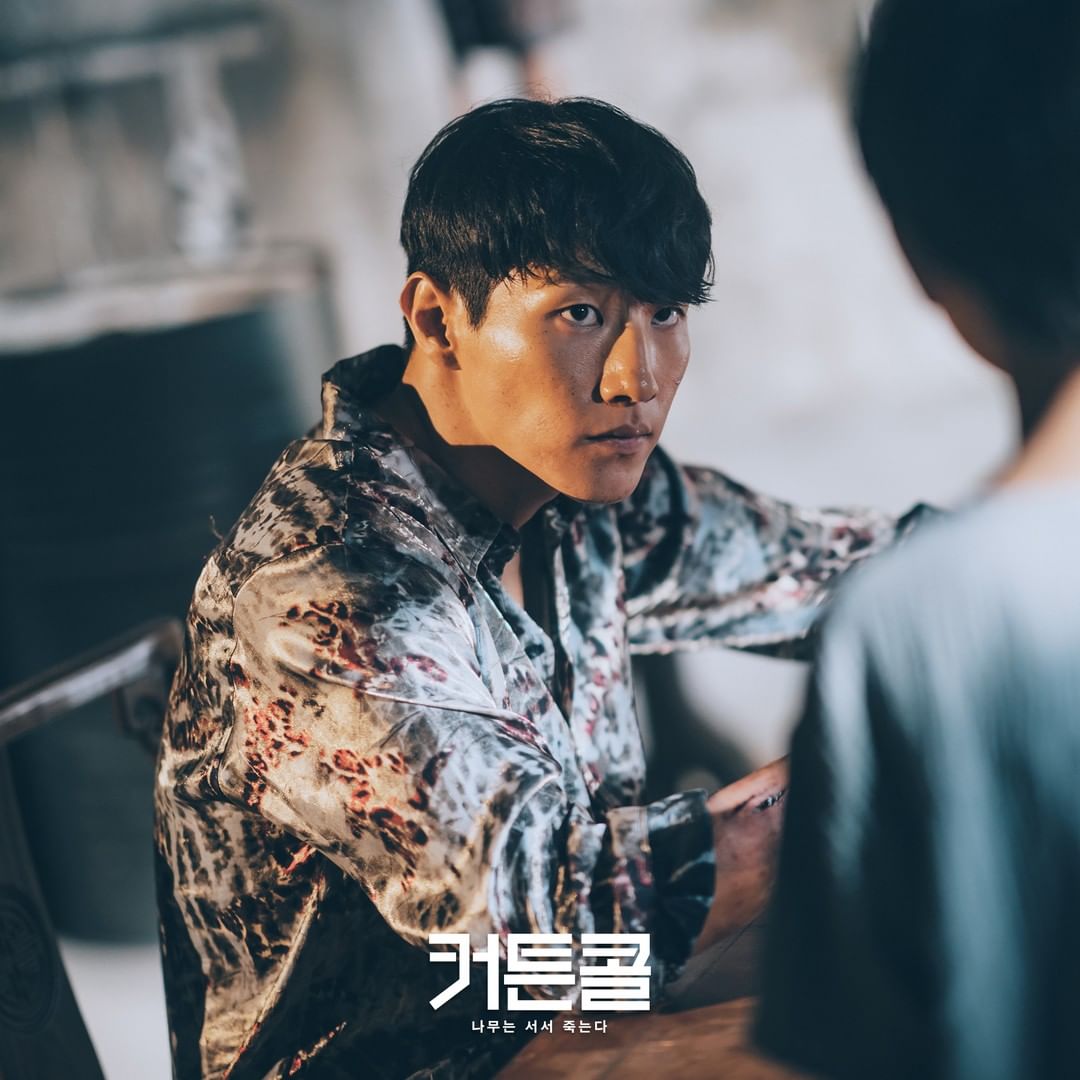 Noh Sang Hyun left a strong impression on viewers through his last role as Isak in “Pachinko” and is currently maturing into an actor in the spotlight with a fresh charm and a “mask” that simultaneously encapsulates good and evil.

A representative from production company Victory Contents shared, “Ri Moon Sung appears as one of the key players in charge of the drama’s important aspects. There will be tons of fun in seeing what kind of connections Ri Moon Sung has with different characters and what situations occur because of him. Thanks to the unique charisma Noh Sang Hyun has, the character of Ri Moon Sung was portrayed well. He will play a big role as the secret weapon that gives viewers all kinds of tension and twists so please look forward to it.”

“Curtain Call: Trees Die on Their Feet” will premiere next month following the conclusion of “The Law Cafe.”

While waiting, check out “The Law Cafe” with subtitles below!

Noh Sang Hyun
How does this article make you feel?