On September 28 local time, TIME magazine unveiled their 2022 “TIME 100 Next” list “that recognizes 100 rising stars from across industries and around the world.” These rising leaders span from industries of business, entertainment, sports, politics, health, science, and more.

The 100 selected figures on the “TIME 100 Next” were categorized into artists, phenoms, innovators, leaders, and advocates.

Jung Ho Yeon was named under “Phenoms” and was described by “Squid Game” director Hwang Dong Hyuk as a “warrior.” He looked back on her “Squid Game” auditioning journey and shared, “The first time I saw Ho Yeon was in a video, after I had spent three tiring months in search of an actress to play the role of Sae Byeok in ‘Squid Game.‘ To be honest, I didn’t have high expectations, because at the time she had no previous acting experience.” He added, “In less than 10 seconds, I found myself sitting upright, captivated by what was on the screen. Instantly, I knew she was going to be Sae Byeok.”

Hwang Dong Hyuk continued, “The more I got to know her, the more I realized the acting I saw on that clip reflected who she really is. It was as though I was witnessing a newborn creature somewhere on earth taking on everything that the world throws at it, getting struck down but ultimately fighting back again to change things a little bit at a time. I think Ho Yeon is still fighting every day – against her fame, the expectations, and the jealousy of her success, as well as her own desires.”

He concluded, “I often joke around and call her a ‘warrior.’ There’s no doubt that she has the skill and courage to fight her numerous battles. And I hope her acting career can become a true resting area, not her battleground.” 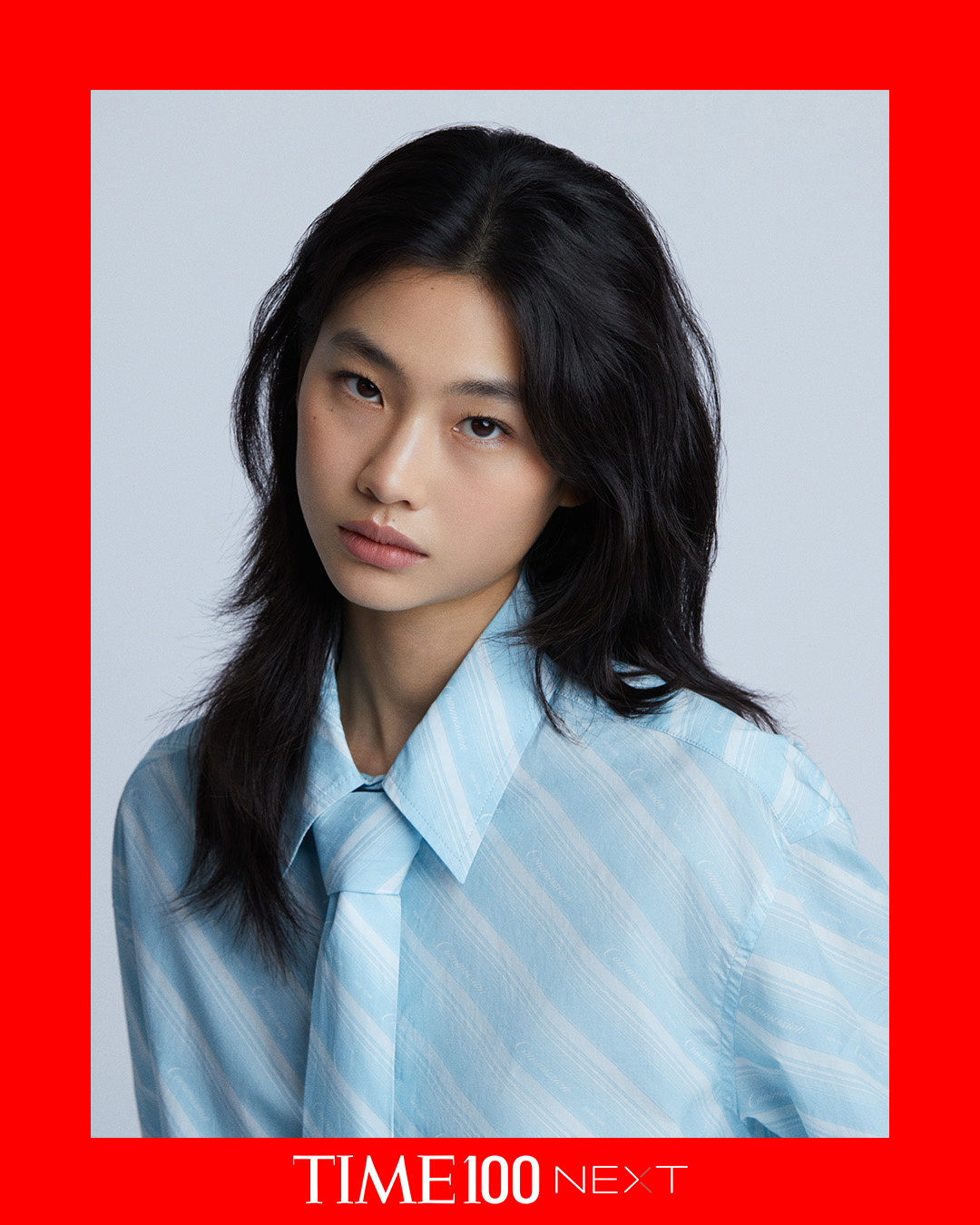 Jung Ho Yeon is the only Korean actor to make this year’s list and is joined in the phenoms category by stars like Sydney Sweeney, Ja Morant, Simone Ashley, and Finneas. Other notable names on the list include SZA, Lily Collins, Sadie Sink, Jack Harlow, Spencer Cox, and more.

Jung Ho Yeon’s debut role in “Squid Game” has earned the actress tons of popularity and success, with achievements like a Screen Actors Guild (SAG) award, an independent cover on America’s Vogue magazine, an Emmy nomination, and much more. Next, Jung Ho Yeon will star in Joe Talbot’s new Hollywood film “The Governesses.”

Jung Ho Yeon
How does this article make you feel?