The wait is nearly over: the second season of “Work Later, Drink Now” is coming soon!

Last year, the hit TVING series starring Lee Sun Bin, Han Sun Hwa, Apink’s Jung Eun Ji, and Super Junior’s Choi Siwon confirmed that it would be returning for a second season with all of its main cast members. The show began filming the new season this summer, with Yoon Shi Yoon notably joining the cast as Jung Eun Ji’s on-screen love interest after his memorable cameo in Season 1.

On September 30, “Work Later, Drink Now” unveiled its first posters for its upcoming second season—which playfully announce that the series will be returning before the end of 2022.

The new posters features the drama’s trio of leading ladies coolly sauntering across the street in sunglasses, flipping their hair back as they strut their stuff. One poster declares simply, “COMEBACK,” while the other expresses gratitude to the show’s viewers by reading, “Thank you for waiting. Let’s go for a second round in the year 2022!” 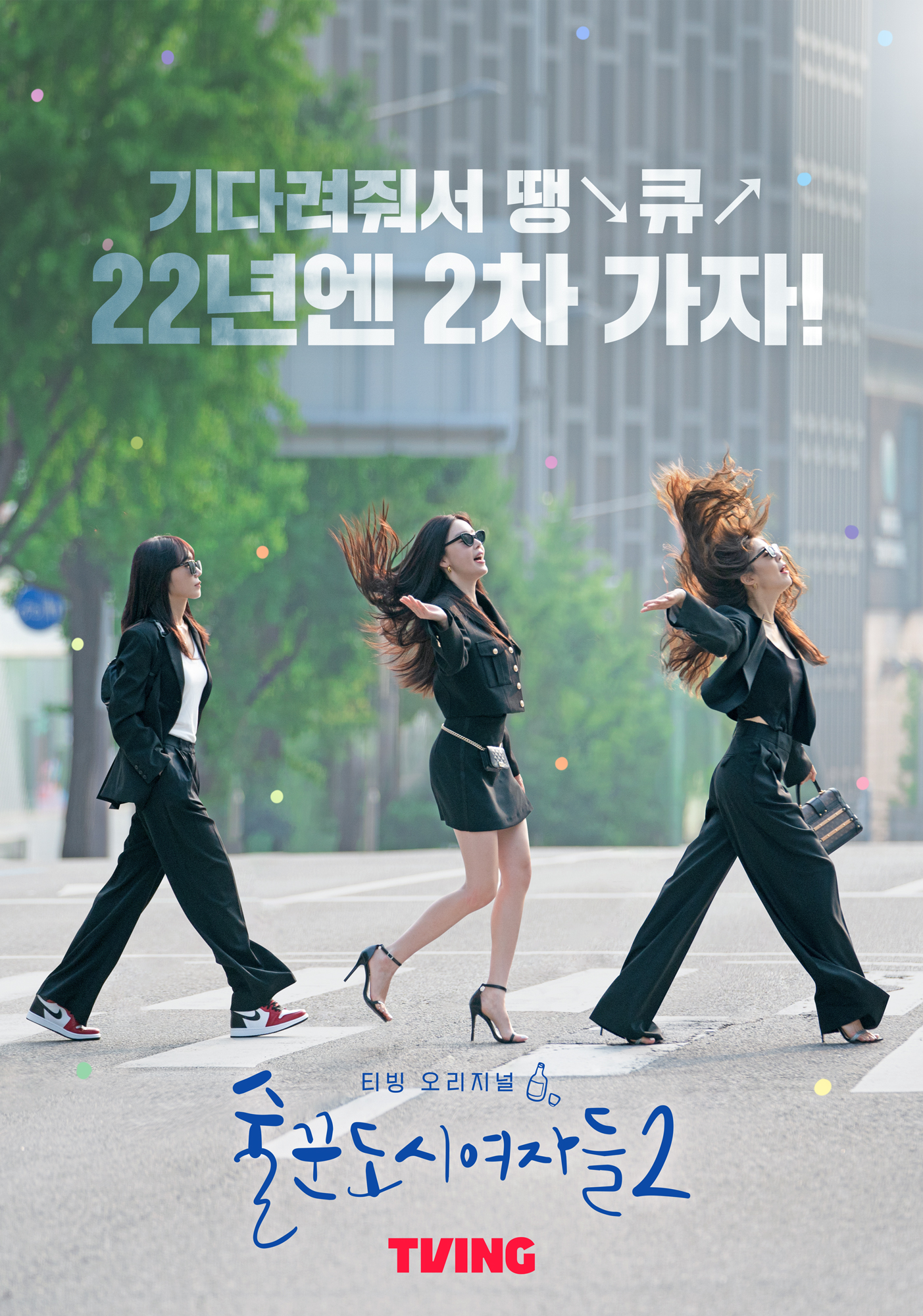 Are you excited for Season 2 of “Work Later, Drink Now”?

In the meantime, watch Lee Sun Bin in “Mission Possible” with subtitles here…