After five months, LE SSERAFIM is returning to fans with their second mini album “ANTIFRAGILE” on October 17 at 6 p.m. KST. Along with the release of the mini album, the group will also be appearing on their own comeback show “LE SSERAFIM COMEBACK SHOW: ANTIFRAGILE” on Mnet and Mnet’s digital studio M2. 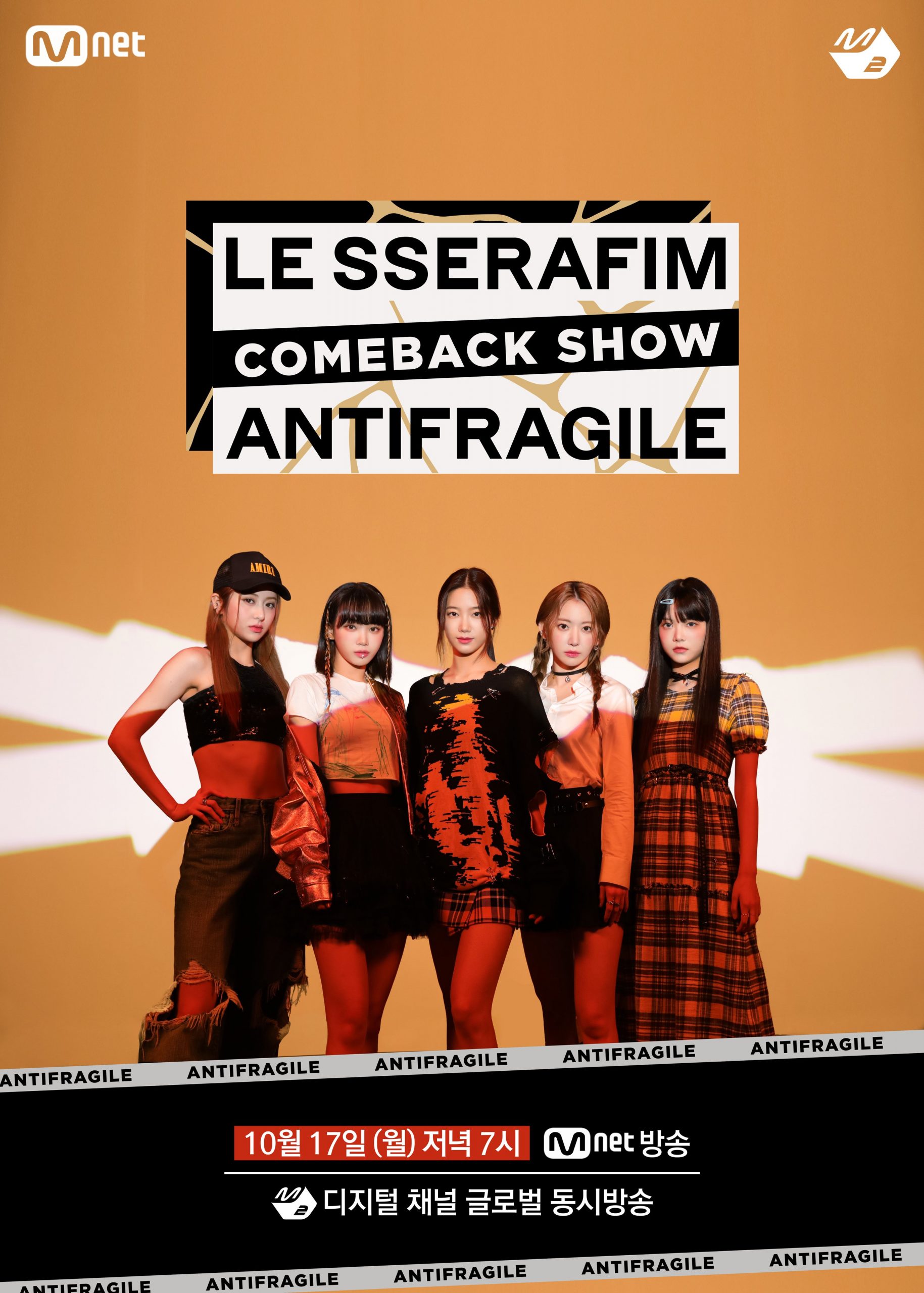 The group is set to perform their title song “ANTIFRAGILE” for the very first time along with their B-side tracks. Also in the works is a variety of video content including “LE SSERAFIM Company Workshop,” which is a video that will show off the five members’ impeccable teamwork.