EXO’s D.O., Lee Se Hee, And Ha Joon Explain Why They Chose To Star In “Bad Prosecutor,” Describe Their Chemistry, And More

The lead stars of “Bad Prosecutor” have explained their decisions to star in the drama!

“Bad Prosecutor” is about an ill-mannered prosecutor with delinquent tendencies who believes in fighting for justice by any means necessary. D.O. will star as Jin Jung, the titular “bad prosecutor” who is determined to take down those that use wealth and power to live above the law.

Lee Se Hee stars as Shin Ah Ra, a cool-headed and highly competent senior prosecutor with a tsundere personality. Due to their polar-opposite personalities, she and Jin Jung don’t always get along, but they still wind up working together nonetheless. Ha Joon plays Oh Do Hwan, a fiercely ambitious prosecutor who is determined to climb to the top using any means necessary.

This drama will be D.O.’s first in four years, as well as his first since his military discharge last January. He commented, “Since this is my first time greeting everyone in four years, I was so nervous. On the contrary, I was also really excited.”

D.O. chose his character as the reason he wanted to star in “Bad Prosecutor,” explaining, “I think I’ve been more gentle than I thought. Now, to express Jin Jung, I’ve changed my hair, tried on extravagant outfits, and worked really hard to showcase my tone and behavior in a different way. It was so awkward as his style wasn’t something I typically wore. I also permed my hair for the first time since debuting.”

He added, “Since the character of Jin Jung is so bright and lively, I thought it’d be lots of fun. An aspect that sets him apart is that he’s an unbelievable airhead. That will become his point of differentiation.” 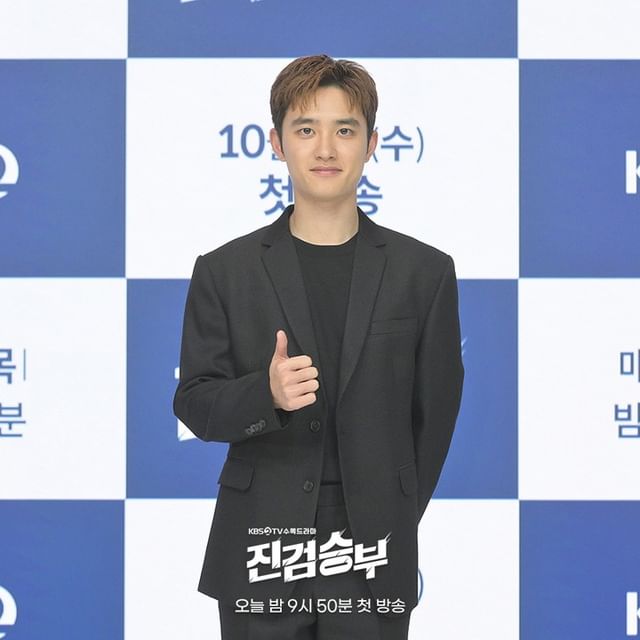 Lee Se Hee has returned to KBS after starring in their hit weekend drama “Young Lady and Gentleman.” Regarding her character Shin Ah Ra, the actress shared, “Since it’s a prosecutor role, I wanted to showcase the responsibility and charisma she has professionally. On the other hand, she has a lightweight and comedic side. I also wanted to showcase this. Rather than feel pressured as a prosecutor, she has to prove herself as a senior prosecutor, so I acted while focusing on that.”

Ha Joon remarked, “This time, [I’m playing] an infuriating character so I’m going to receive a lot of hate. I thought about what I could do to get even more hate. The story is that my character wants to quickly get promoted, but a weird person appears and angers him. I think he’ll become a character you can despise to your heart’s content.” 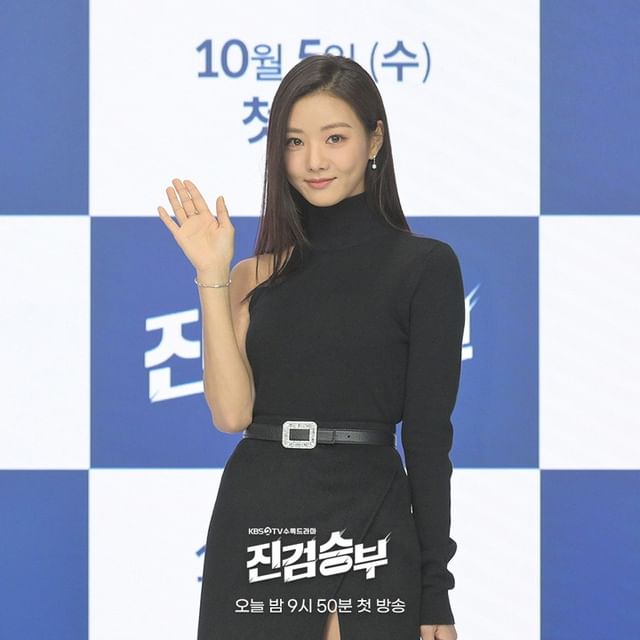 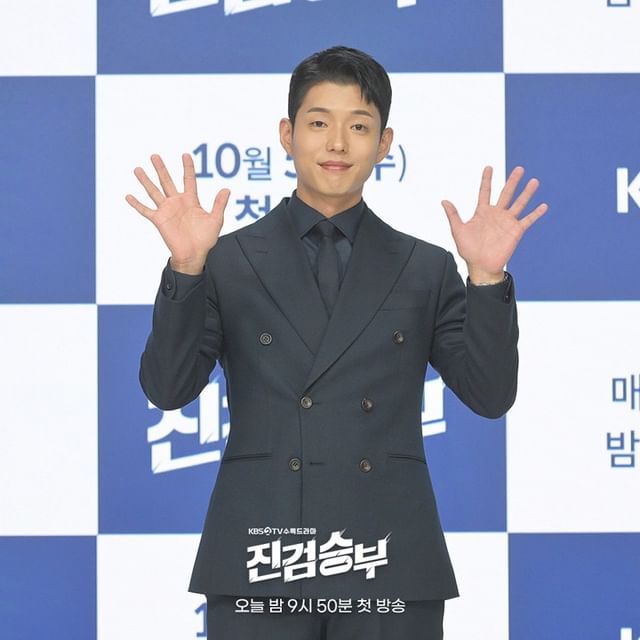 PD Kim Sung Ho explained that the action scenes in the drama were going to be both cool and comedic, having drawn inspiration from Jackie Chan and works like “Mission Impossible.”

It was also revealed that despite having many action scenes, D.O. did not separately prepare for them. Lee Se Hee expressed her fascination with this, sharing, “It was so interesting to watch on set. If he was instructed once, he’d be able to do it right away. When I asked how he was so good, he said it was because he always had to remember dance moves well when practicing choreography.” D.O. added, “Choreography [experience] helped a ton. When I dance, I have to memorize moves quickly. As I’ve become used to that, it was fun to do it on set too.” 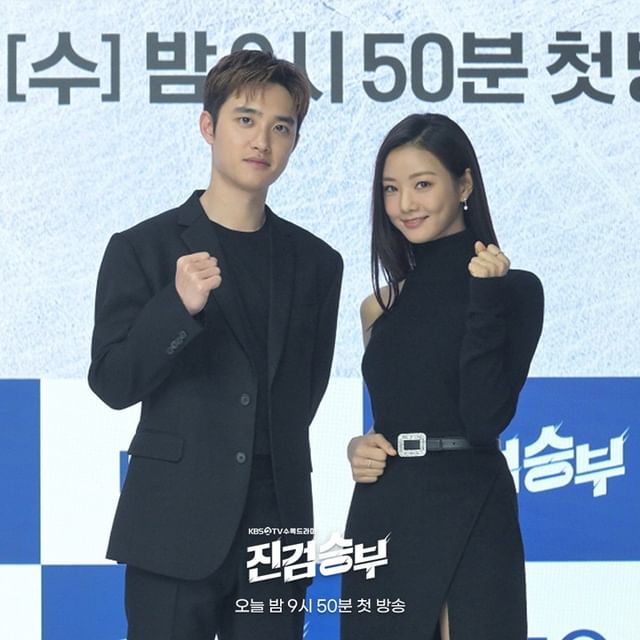 With regards to the trio’s acting chemistry, Lee Se Hee and Ha Joon both shared lots of praise for D.O., with Lee Se Hee saying, “For starters, Kyung Soo [D.O.] is so good. There’s so much to learn from him. Kyung Soo is always relaxed on set. No matter who gives it to him, he can take it well. I’m not like that. Our chemistry is 99.5 points.”

Ha Joon commented, “Our set atmosphere could not have been better. I’ve become a fan [of Do Kyung Soo]. Both his character and atmosphere were great and when watching Jin Jung from a viewer’s perspective, his eyes are big, clear, and good-natured, but he’s subtly crazy. I think that this is the greatest [key] point [of the drama]. Seeing this gaze in front of me was thrilling. It felt like I had become a successful fan.” 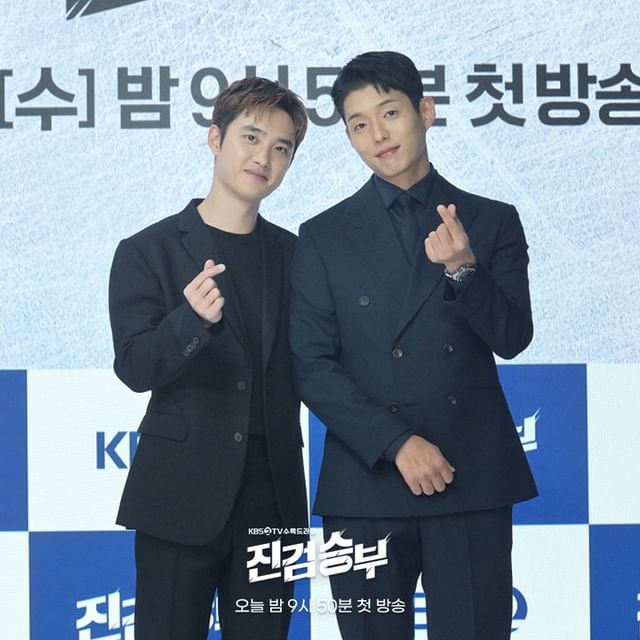 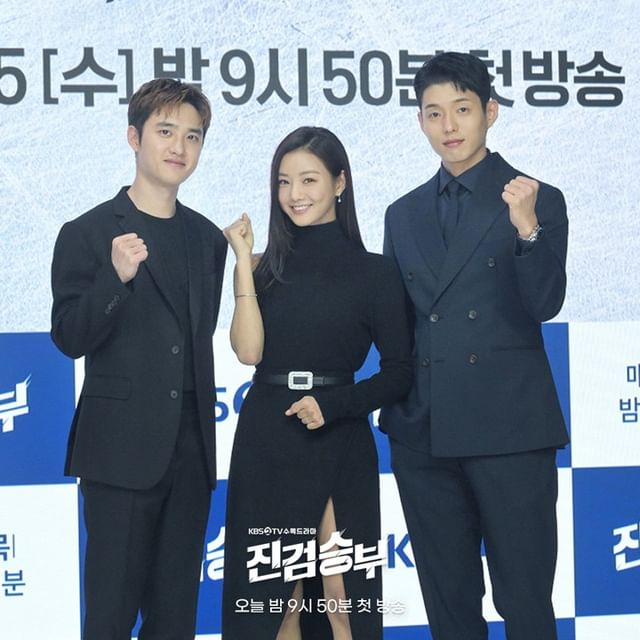 To conclude, Ha Joon teased that viewers should look forward to the endings of each episode while the PD shared, “I think this is such a great opportunity and an honor. I hope that a lot of people watch this drama. I have high expectations and we’re in the midst of editing in order to meet those [expectations]. I want to receive feedback that [the drama] is made well.”

“Bad Prosecutor” premiered on October 5 and will soon be available with subtitles on Viki!