“Mental Coach Jegal” is about Jegal Gil (Jung Woo), a former Taekwondo national athlete who quits sports after causing a scandal and becomes a mental coach to help both former professional athletes who have retired and current athletes who have fallen into a slump. Lee Yoo Mi stars as Cha Ga Eul, a short-track speed skating gold medalist who has fallen into a slump. After they meet, Jegal Gil and Cha Ga Eul help each other face their inner wounds and reach turning points in their lives in the process.

The video begins with Lee Yoo Mi adorably drowning in an oversized sweater property of Coach Jegal Gil. Upon seeing her, Jung Woo is full of smiles as he jokingly plays around with her sleeves. The set looks warm as the two main leads are seen friendly conversing while taking selfies together. 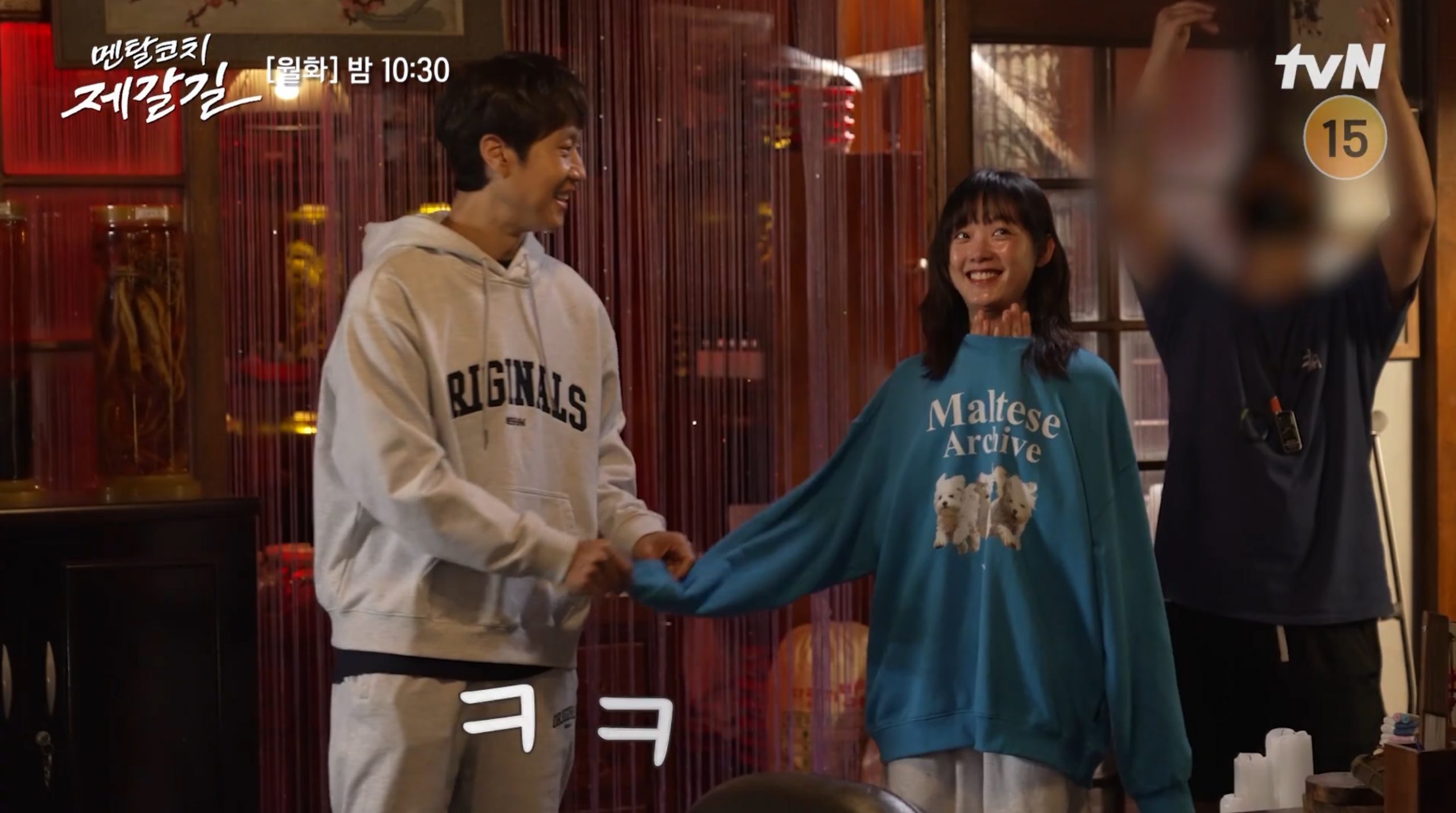 Jung Woo turns on his charismatic charms when he reveals that he has been doing those impressive Taekwondo flying kicks without a stunt double! Due to the physically draining action scenes between him and Kwon Yool, the two even appear to be hurt, but they professionally console each other by hugging it out and brushing it off lightly, saying they’re now “blood brothers” since they got hurt together. 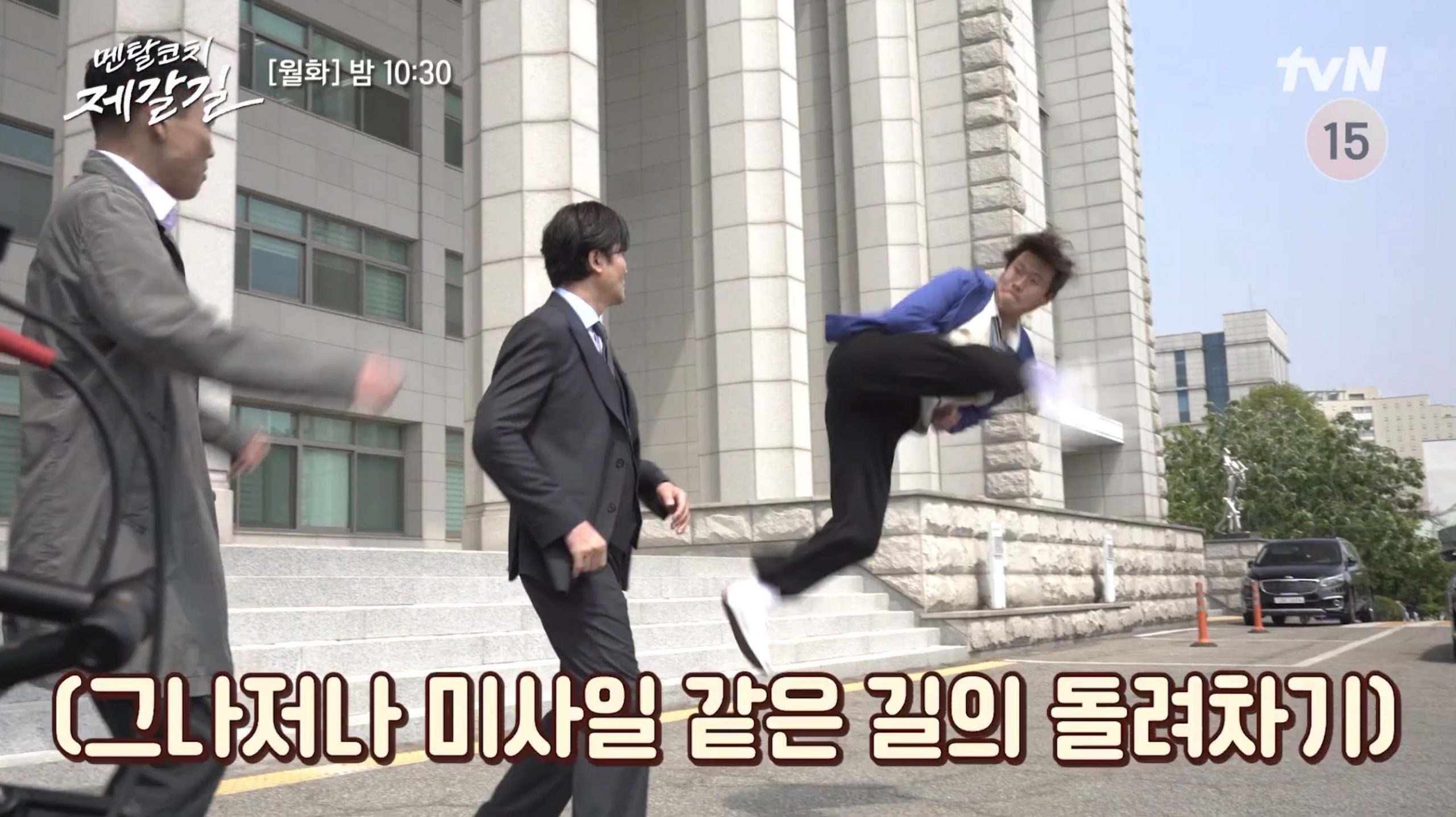 When Lee Yoo Mi and Jung Woo are filming outdoors, Lee Yoo Mi is seen struggling with bugs flying into her eyes several times a day. Even though she cooly jokes, “There are way too many bugs here. I’m currently losing. They keep kissing me,” she surprises the set when she suddenly bends down while holding her face due to bugs getting in her eyes. Jung Woo is immediately concerned and channels his character’s reliable nature by sweetly checking her eyes and reassuring her by lightly patting her head. Other times, Jung Woo makes sure the bugs don’t get near her as he dusts off the small critters from her clothes. 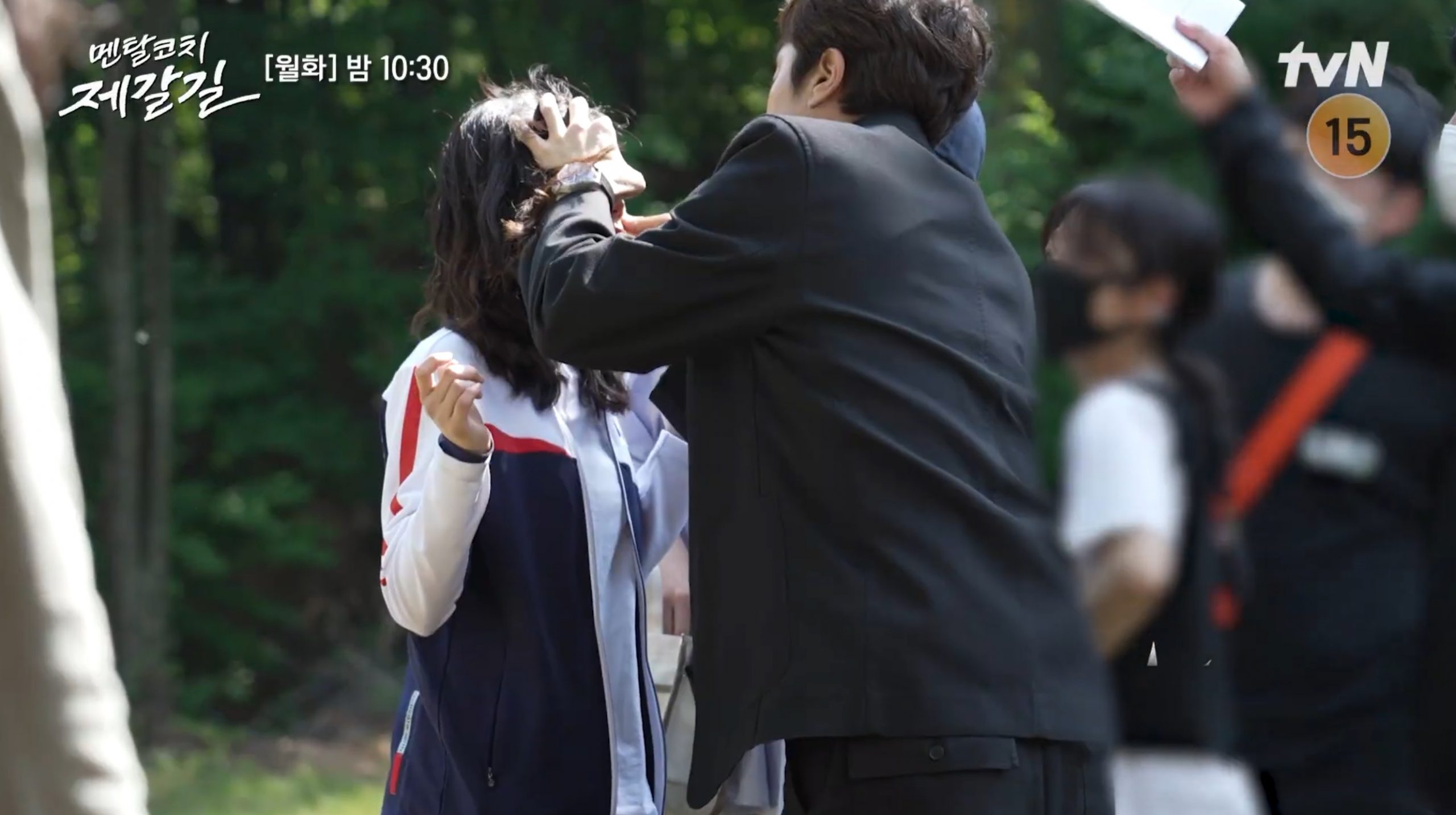 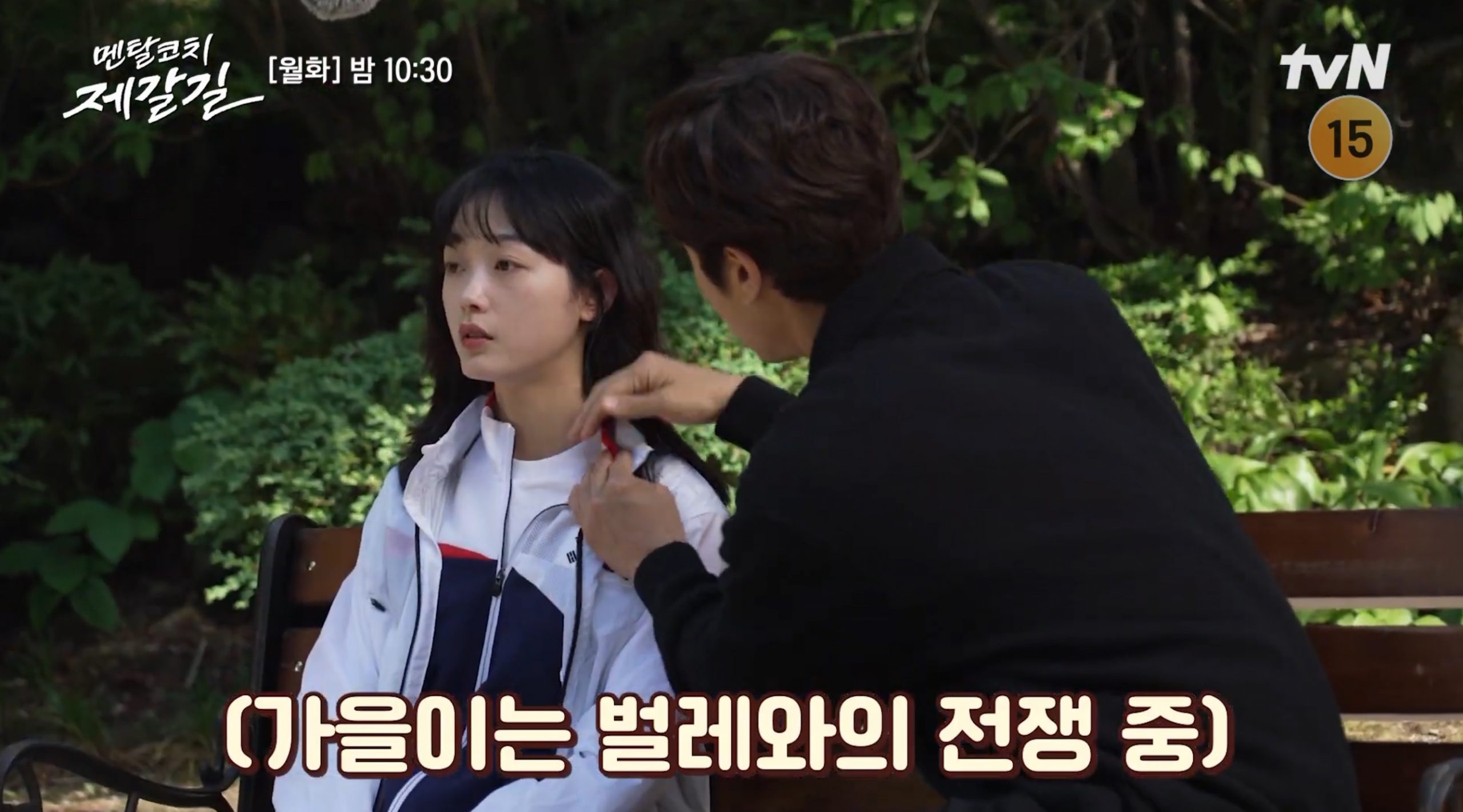