Get ready for romance to blossom in the workplace on the next episodes of “Gaus Electronics”!

Based on the hit webtoon of the same name, “Gaus Electronics” is a new comedy about office romance and friendships, as well as the workplace struggles to which all office workers can relate.

Previously on “Gaus Electronics,” Geon Gang Mi (played by Kang Min Ah) and Baek Ma Tan (Bae Hyun Sung) shared a passionate night together after meeting at a pojangmacha (outdoor street food tent), then unexpectedly reunited as employees in Gaus Electronics’ marketing department. While Baek Ma Tan was unable to forget that fateful night, Geon Gang Mi was determined to erase it entirely from her memory.

In newly released stills from the drama’s upcoming episodes, the two co-workers share another encounter outside of the office. As Baek Ta Man looks at Geon Gang Mi with an unreadable expression, Geon Gang Mi strikes up a conversation with an intriguing glint in her eye, piquing curiosity as to what the two of them could be discussing. 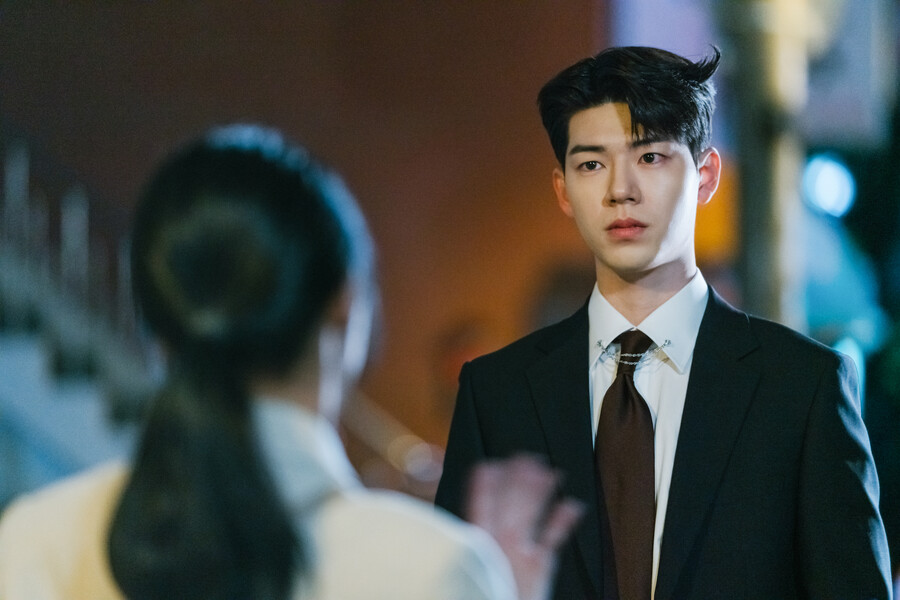 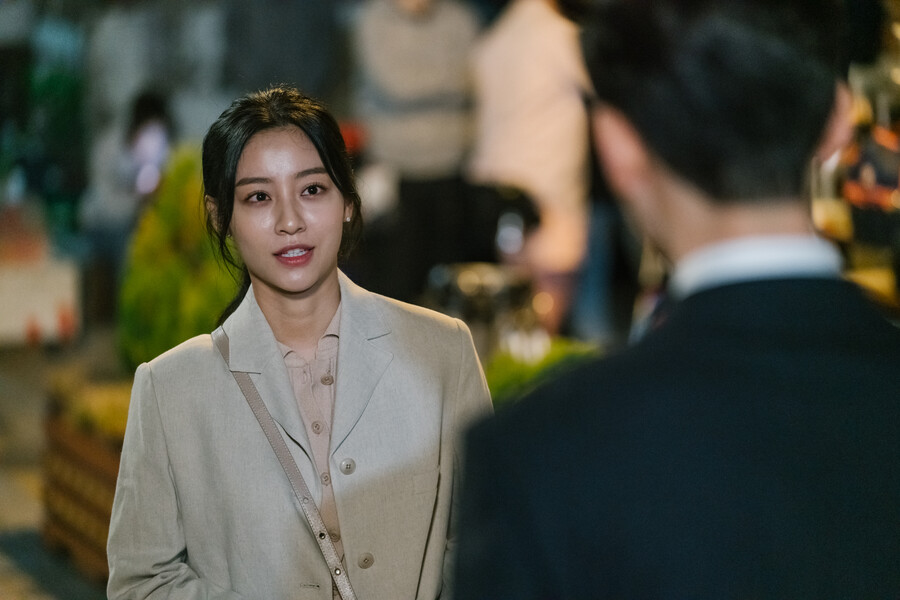 After this unfortunate coincidence, the two co-workers—who are now neighbors as well—become further entangled outside the workplace.

With a new photo of Lee Sang Shik sitting sadly alone in a bear costume, an abandoned bouquet of flowers by his side, it remains to be seen how his unrequited love for Mo Hae Young will play out—and what kind of role Cha Na Rae will play in their story. 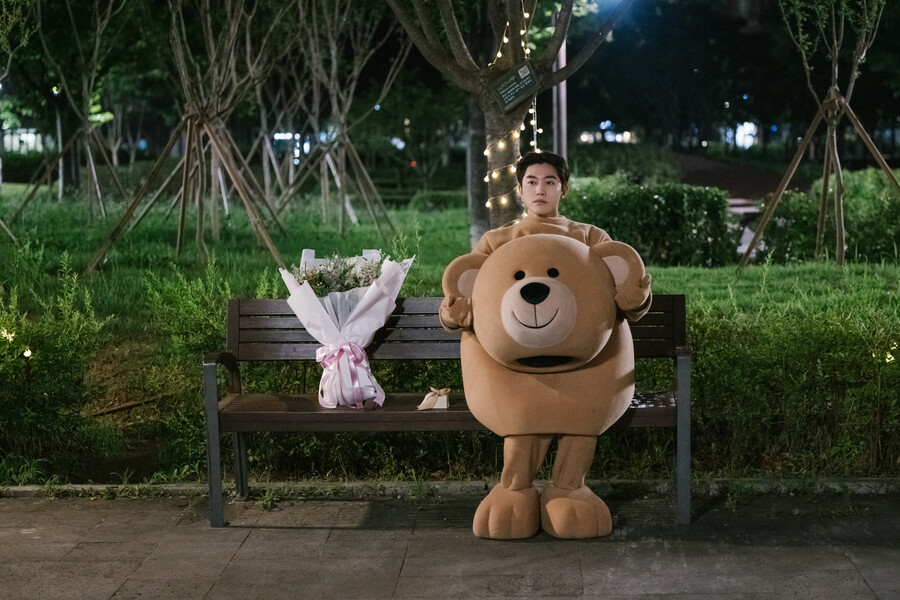 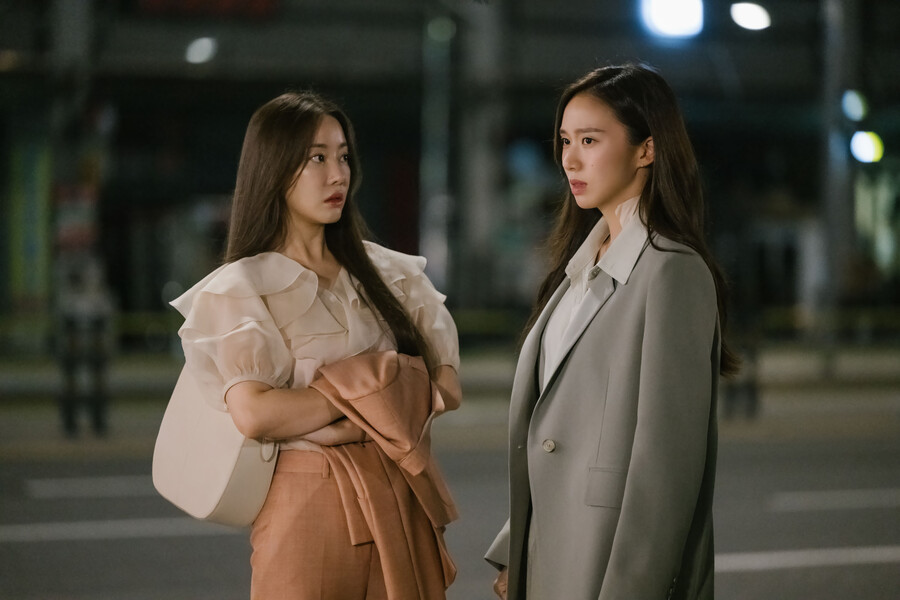 Episodes 3 and 4 of “Gaus Electronics” will be released on October 7.