MBC’s “The Golden Spoon” has shared an intriguing sneak peek of its next episode!

Based on the webtoon of the same name, “The Golden Spoon” is a new drama about a student born into a poor family who uses a magical golden spoon to swap fates with a friend born into a wealthy family. BTOB’s Yook Sungjae stars as Lee Seung Chun, the student who hopes to turn his life around with the titular golden spoon, while DIA’s Jung Chaeyeon plays Na Joo Hee, an heiress with a heart of gold who dreams of an ordinary life.

On the previous episode of “The Golden Spoon,” it turned out that Oh Yeo Jin (Yeonwoo) was the mastermind behind the text message that read, “You’re not Hwang Tae Yong, are you?” It also came to light that Oh Yeo Jin herself was someone who had used the golden spoon to change her destiny, adding a new layer of intrigue to the story.

In new stills from the drama’s upcoming third episode, Lee Seung Chun reacts to a shocking turn of events by racing to find the elderly woman who sold him the golden spoon. After desperately searching for her around the area where they first met, Lee Seung Chun’s passionate cries succeed when he finally comes face-to-face with her.

However, as the elderly woman speaks to Lee Seung Chun with a grave expression, it remains unclear whether she will be able to help him avert the crisis he is currently facing. 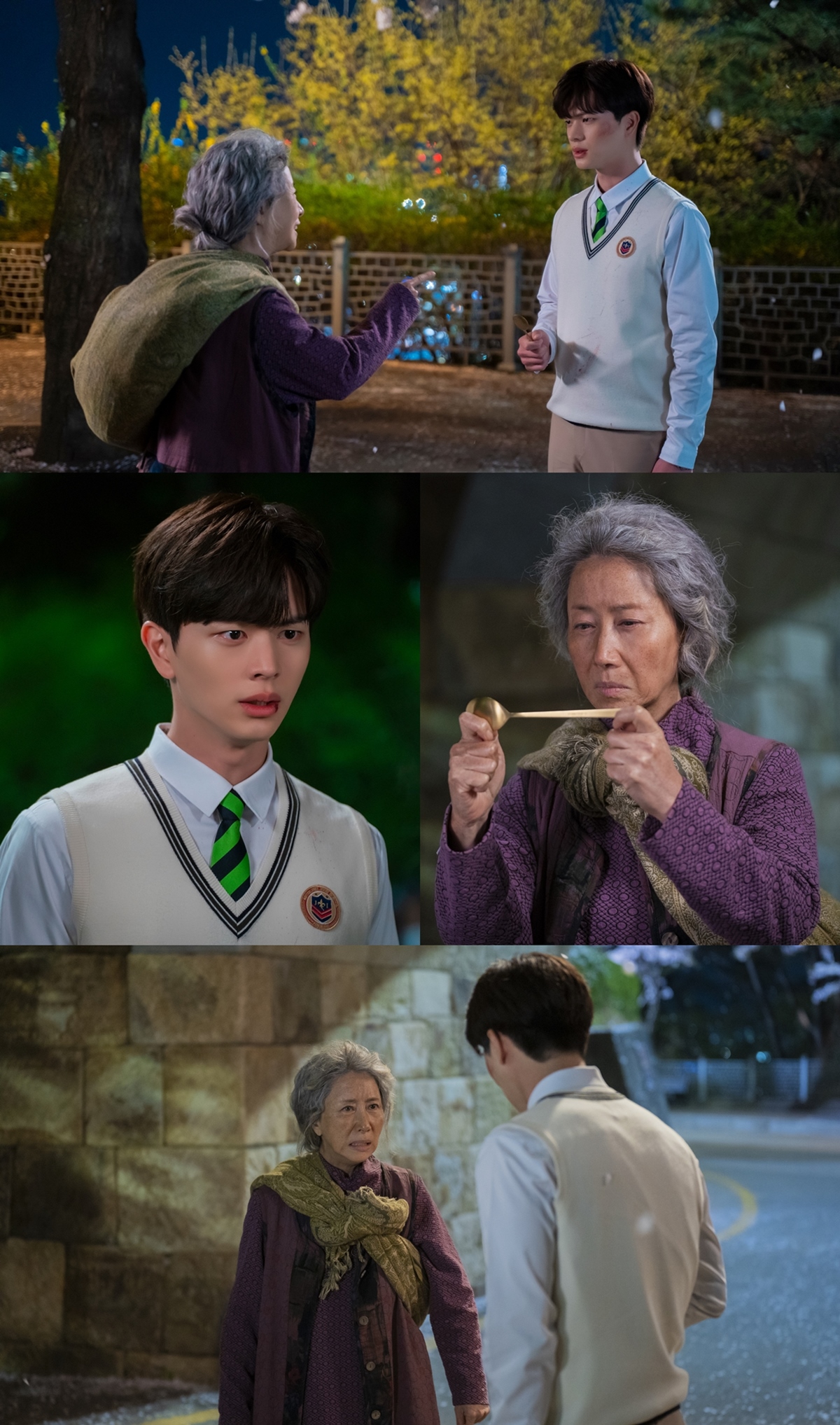 To find out why Lee Seung Chun so urgently seeks out the elderly woman—and whether he will use his chance to return to his true parents—catch the next episode of “The Golden Spoon” on October 7 at 9:45 p.m. KST!