Based on a hit web novel, “Reborn Rich” is a fantasy drama set in the turbulent ’80s about a chaebol family’s secretary Yoon Hyun Woo. The drama is written by Kim Tae Hee, who showcased her writing skills through “Designated Survivor: 60 Days” and “Sungkyunkwan Scandal,” and new writer Jang Eun Jae, and it is directed by Jung Dae Yoon, who has shown his dynamic producing skills through “W” and “She Was Pretty.” On top on this, a star-studded lineup of actors including Song Joong Ki, Lee Sung Min, and Shin Hyun Been further raises anticipation.

Song Joong Ki will play Yoon Hyun Woo, who dies after being framed for embezzlement by the Sunyang Group family that he had remained loyal to. He is reborn as the family’s youngest son Jin Do Joon and works to take over the company as revenge.

Lee Sung Min will take on the role of Jin Yang Chul, the head of Sunyang Group. After growing up in poverty, he climbed to the top of the financial world and has become a relentlessly competitive and harsh character with endless greed for money.

Shin Hyun Been will play anti-corruption investigation prosecutor Seo Min Young who is from a prestigious legal family. With the nickname of “Sunyang Group’s grim reaper,” Seo Min Young will approach the boundaries of legality if it is for the sake of serving justice.

The teaser poster features a group photo of the chaebol family Sunyang Group. Among the 14 members of the family, the existence of a man who alone is in a different background color as well as the text that reads, “Reborn as the bloodline of the family that killed me,” stimulate the curiosity of viewers. 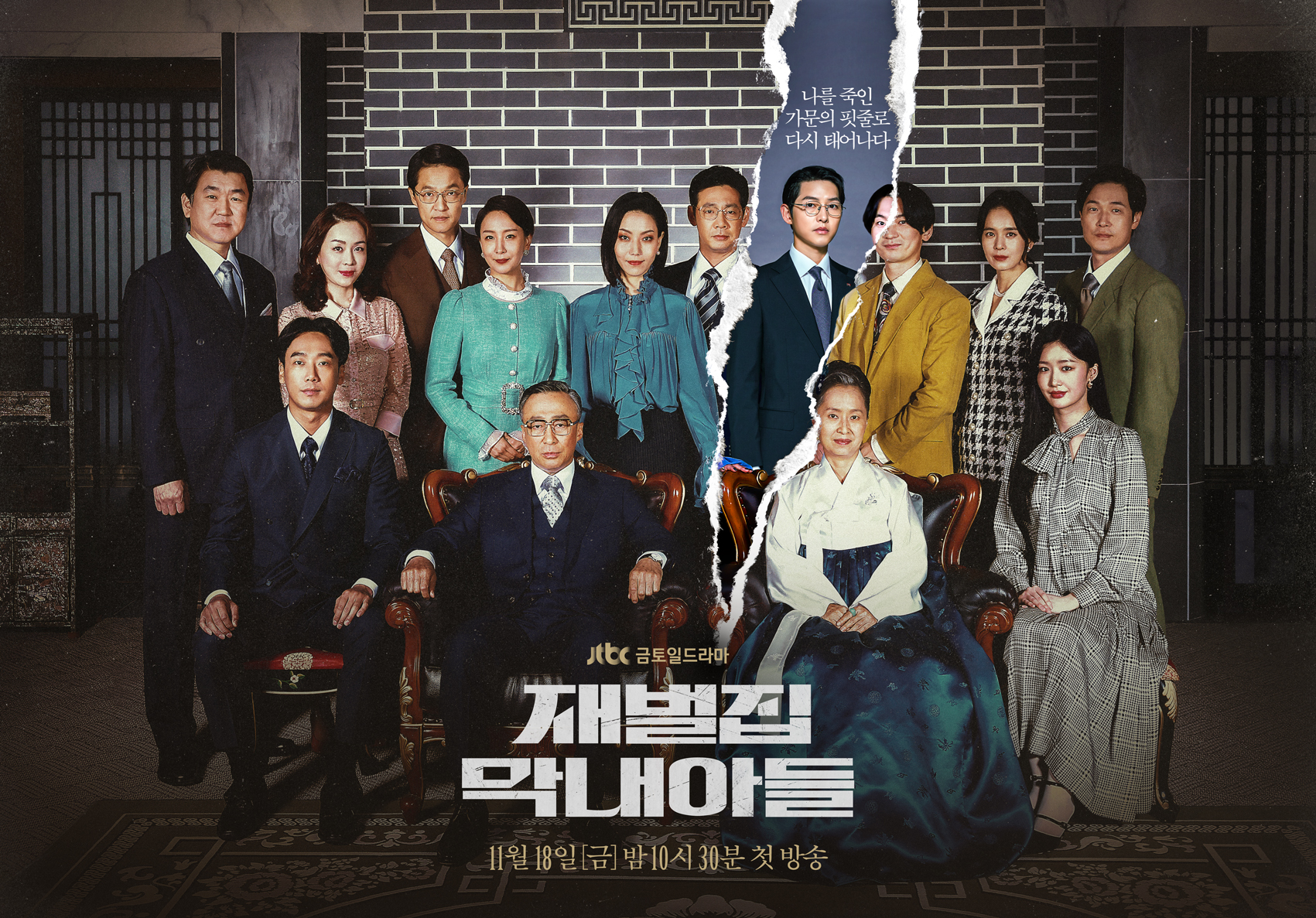 The production team remarked, “The characters who hide their desires confront fiercely with each other in order to win the top spot. It will be interesting to see the story of those who fight for succession in the battlefield of family. To create greater immersion, we decided to take on an unconventional broadcast schedule, [which is to air] three times a week on Fridays, Saturdays, and Sundays. We will greet viewers with a high-quality project, so please look forward to it.”

While waiting, check out Song Joong Ki in “Descendants of the Sun“: