The love triangle on MBC’s “The Golden Spoon” is heating up!

Based on the webtoon of the same name, “The Golden Spoon” is a drama about a student born into a poor family who uses a magical golden spoon to swap fates with a friend born into a wealthy family. BTOB’s Yook Sungjae stars as Lee Seung Chun, the student who hopes to turn his life around with the titular golden spoon, while Lee Jong Won plays Hwang Tae Yong, the privileged friend whose life Lee Seung Chun covets. DIA’s Jung Chaeyeon stars as Na Joo Hee, an heiress with a heart of gold who dreams of an ordinary life.

On the previous episode of “The Golden Spoon,” Lee Seung Chun and Na Joo Hee opened up to one another while spending quality time together like an ordinary couple. However, with Lee Seung Chun choosing to swap parents once again at the end of the episode, the future of their relationship became unclear.

In newly released stills from the drama’s upcoming episode, Hwang Tae Yong—who is now back to living Lee Seung Chun’s life—pulls Na Joo Hee in for an unexpected kiss, raising the question of how the three characters’ dynamics will change. 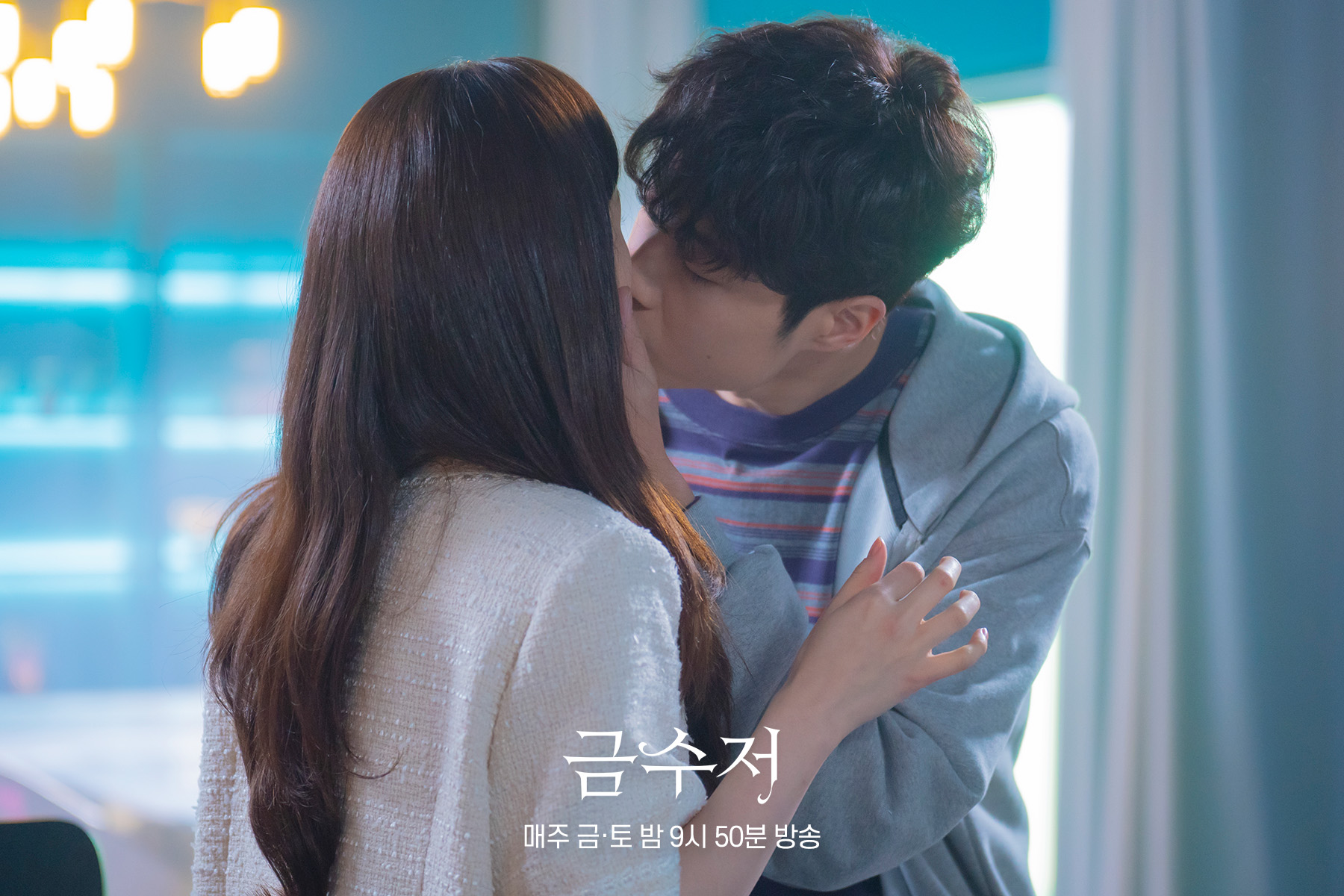 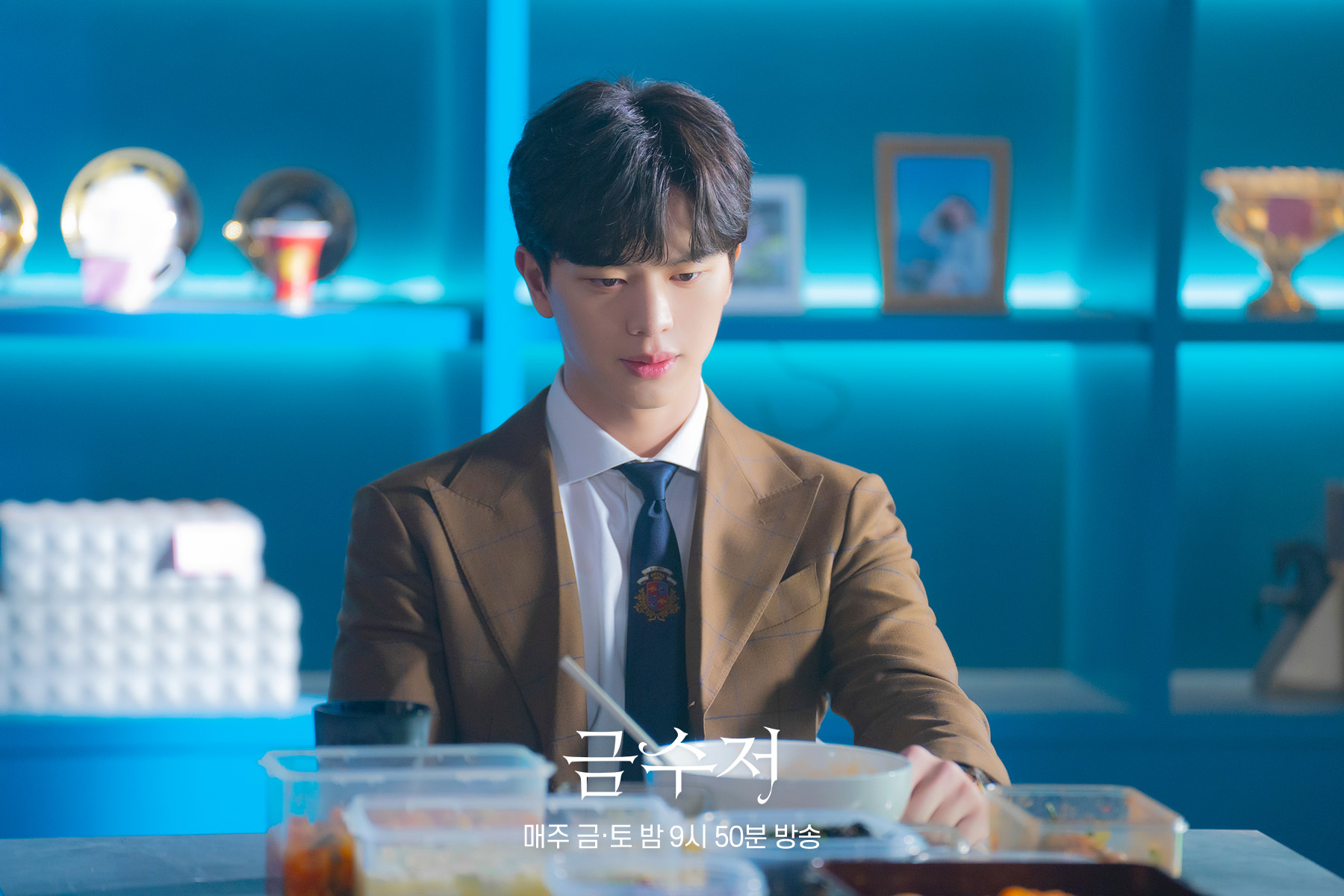 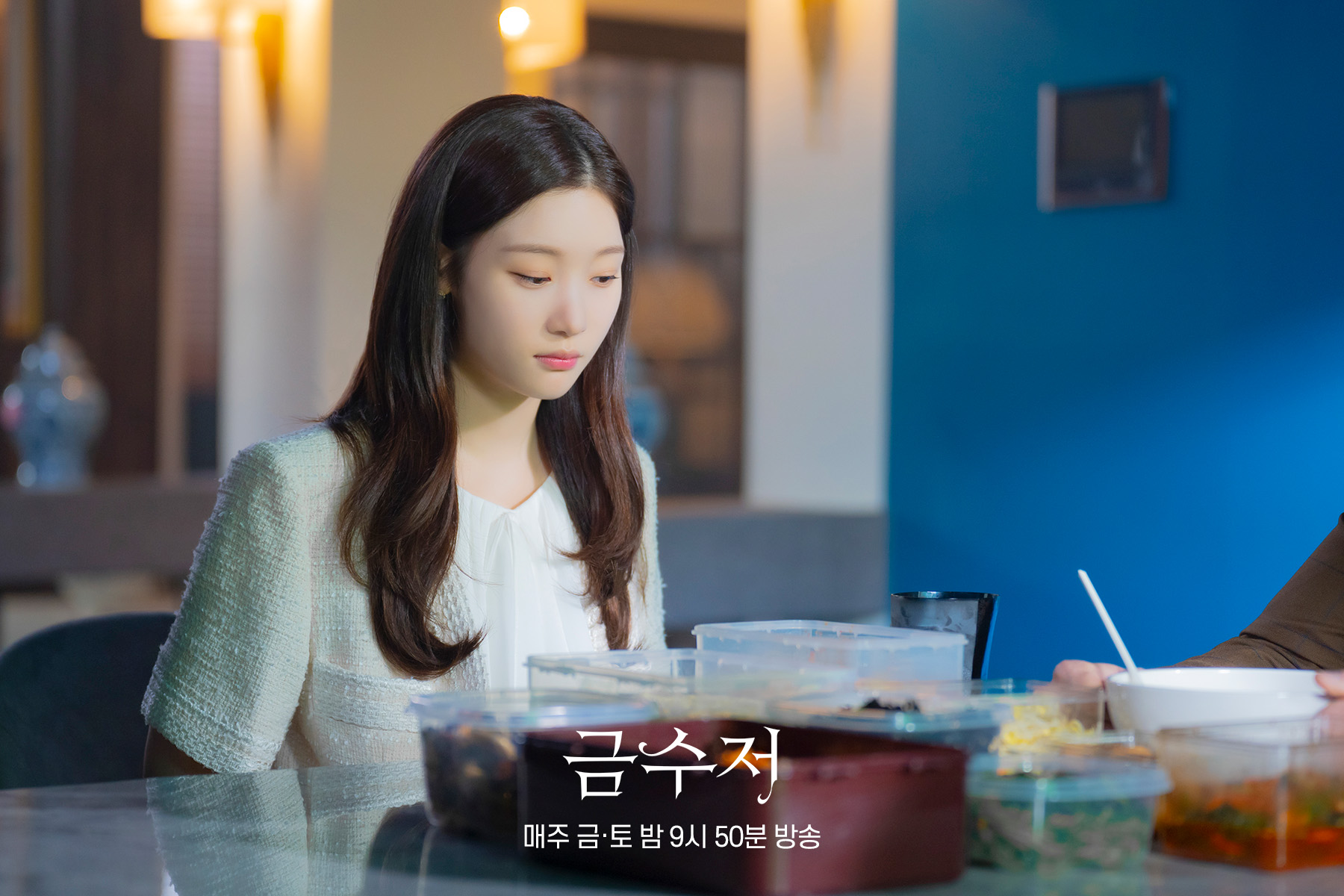 In another photo, Lee Seung Chun grabs Hwang Tae Yong by the arm when Na Joo Hee isn’t present, wearing an expression that suggests he’s lost the upper hand in the situation. 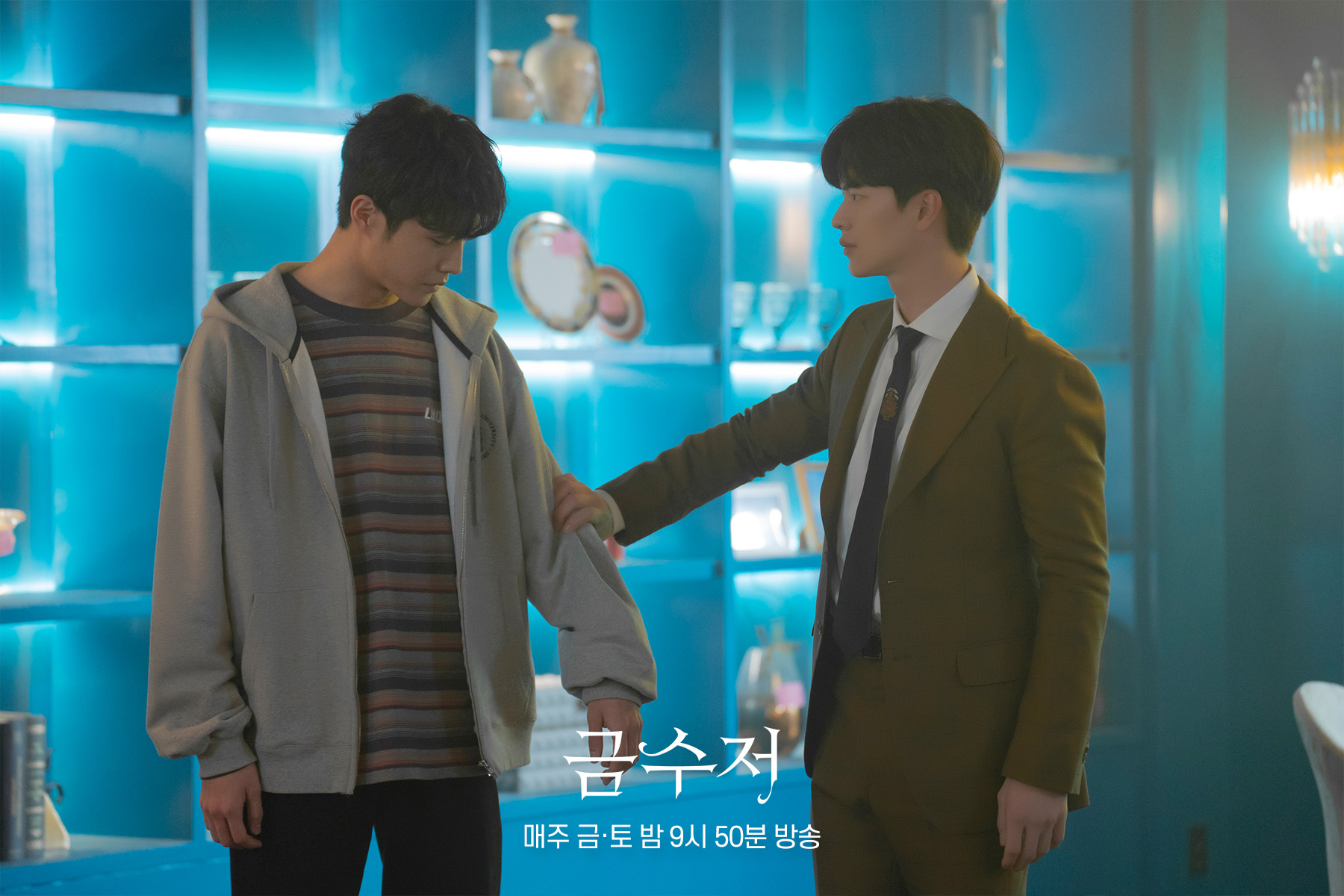 To find out what lies ahead for this love triangle, catch the next episode of “The Golden Spoon” on October 14 at 9:45 p.m. KST!