tvN’s “Love in Contract” is now officially halfway through, and the story has just gotten spicier!

“Love in Contract” is a romantic comedy about a service that provides fake wives for single people in need of partners to bring to social gatherings such as school reunions and dinners for married couples.

The newly released stills depict Choi Sang Eun and Jung Ji Ho in the car while heavy rain pours outside. The two fix their eyes on each other as Jung Ji Ho goes in for a kiss, increasing viewers’ expectations for their possible second kiss, which is also their first real kiss after Choi Sang Eun’s previous drunk confession. 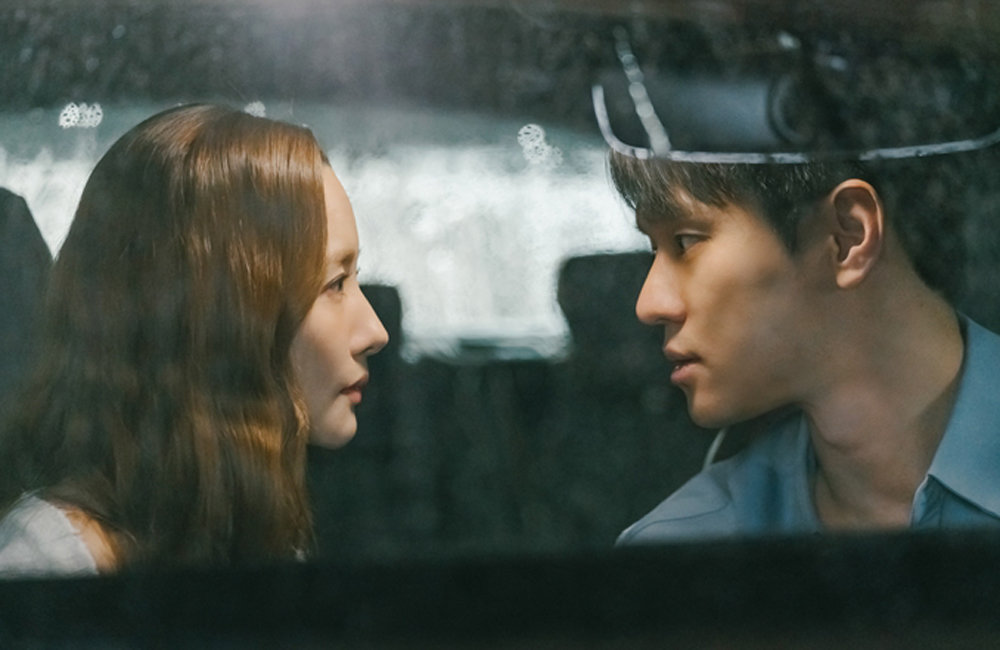 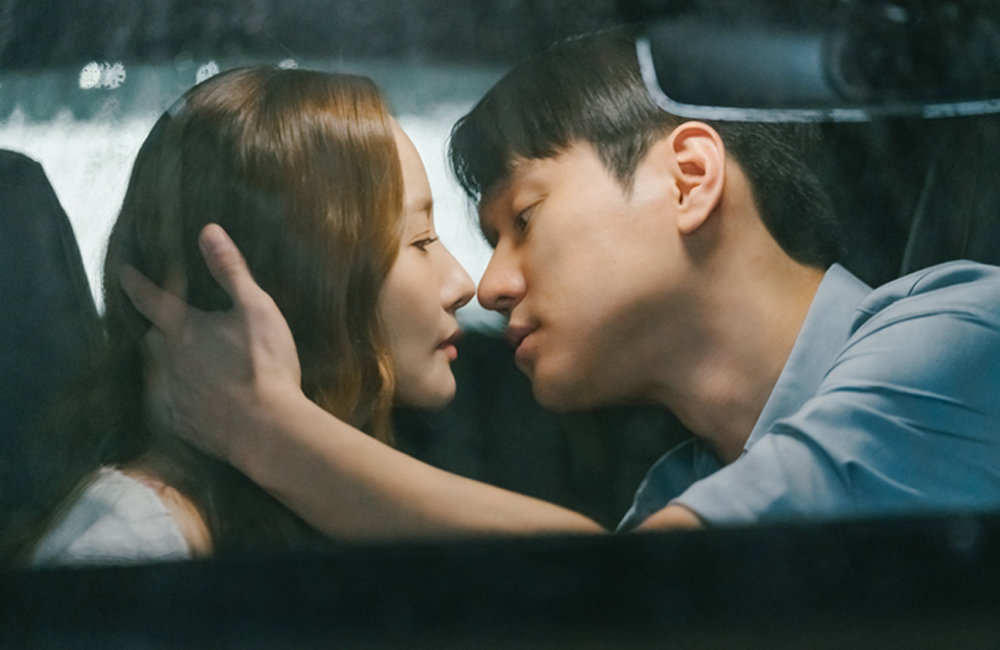 In other stills, viewers get a glimpse that despite Choi Sang Eun and Jung Ji Ho’s romantic car date, the love triangle will still be going strong as Choi Sang Eun makes a surprise visit to Kang Hae Jin’s filming site. Choi Sang Eun looks serious without a hint of a smile on her face, while Kang Hae Jin looks nonchalant even though his manager Yoo Jung Han (Kim Hyun Mok) and now-bodyguard Woo Gwang Nam (Kang Hyung Suk) have their eyes nearly popping out due to the surprise of Choi Sang Eun’s unexpected appearance. The tension in the room surely succeeds in making viewers curious as to what happens between the two. 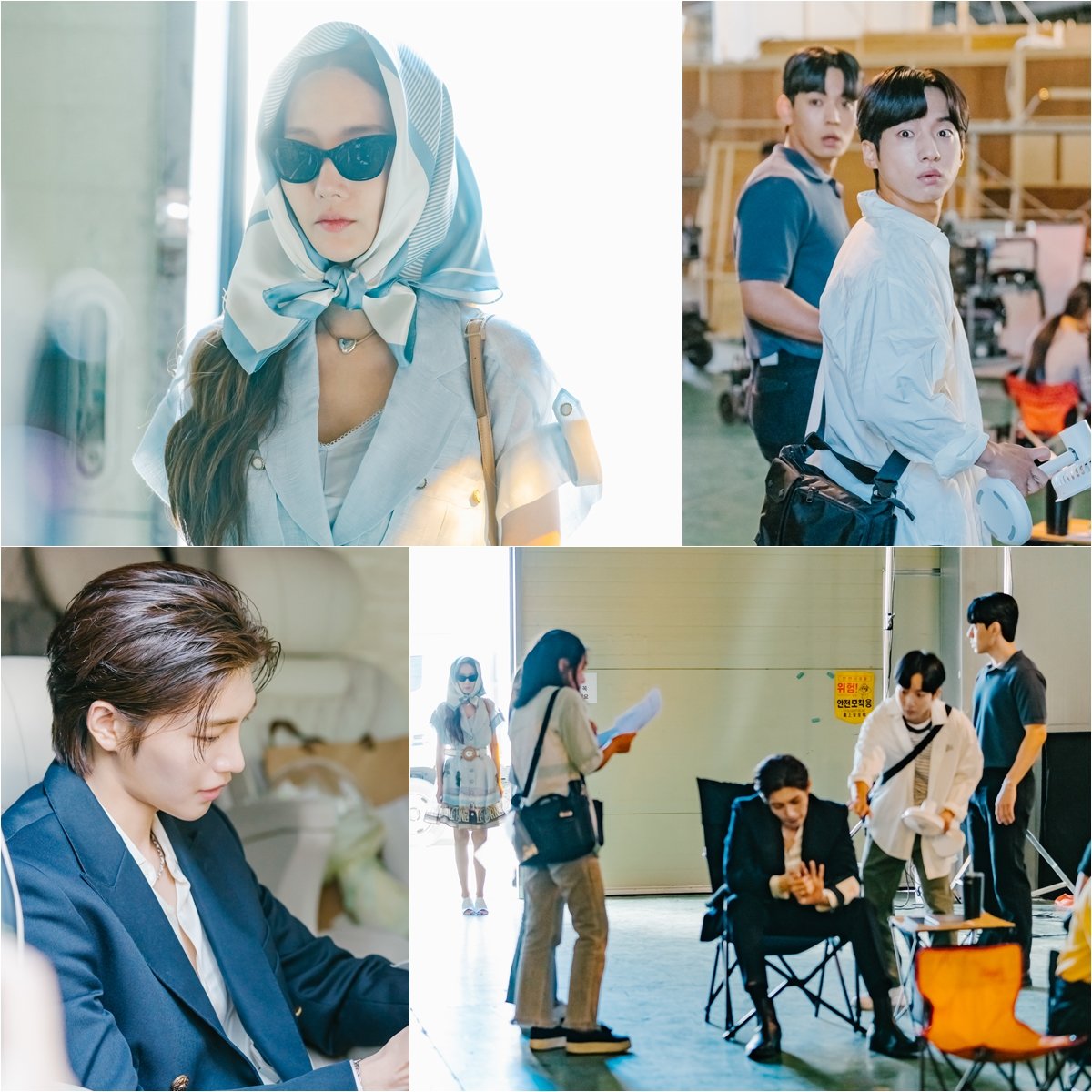 Another photo also reveals Jung Ji Ho alone with his ex-wife Jung Ji Eun in the elevator of his apartment, both looking tense and uncomfortable with an awkward space between them. 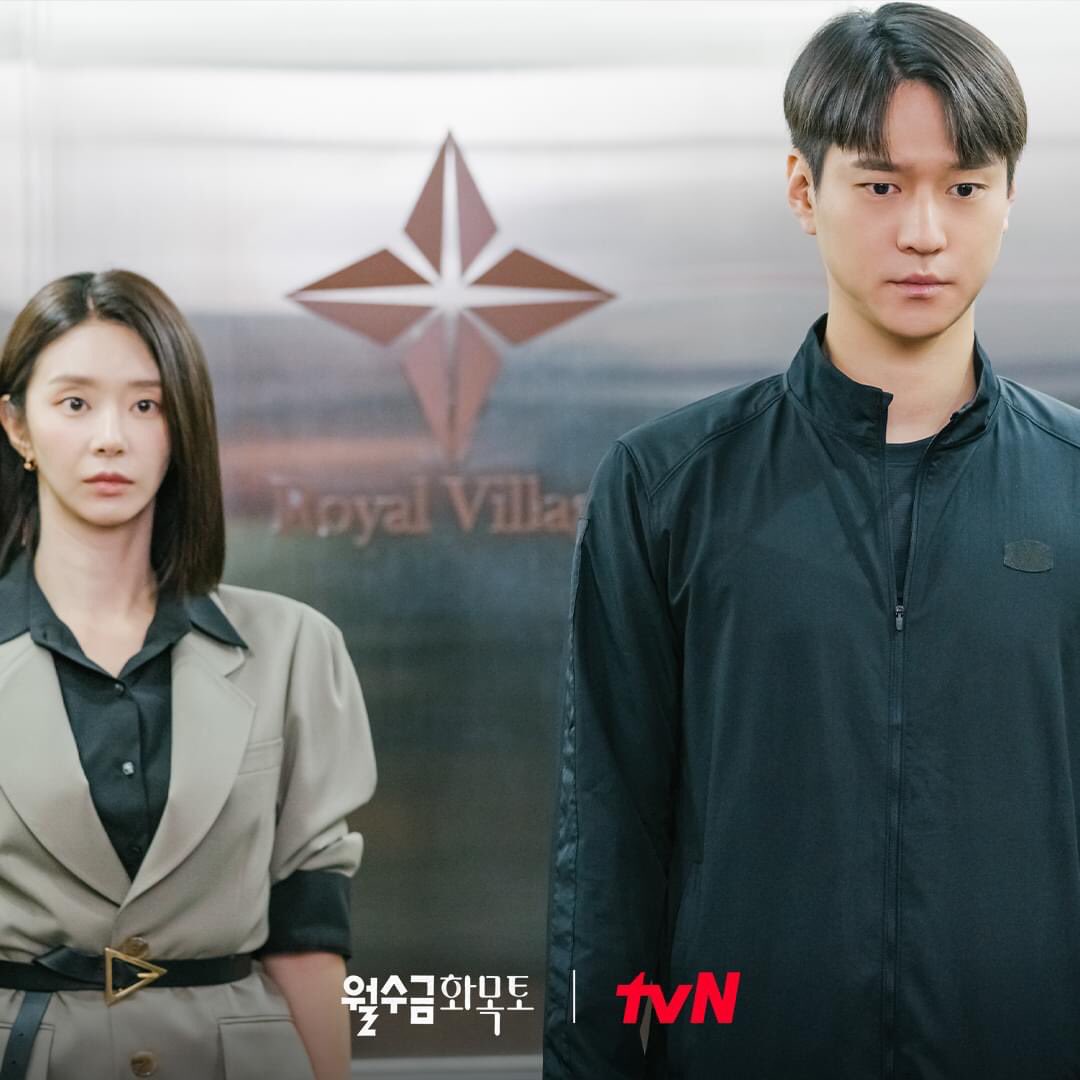 The production team remarked, “In the second half of the drama, Choi Sang Eun makes a big decision over Jung Ji Ho and Kang Hae Jin. Jung Ji Ho’s ‘Mondays, Wednesdays, and Fridays contract’ and Kang Hae Jin’s ‘Tuesdays, Thursdays, and Saturdays contract’ will see a drastic change. As a result, unexpected events will occur and a more turbulent romance will unfold. Please look forward to it.”