“Curtain Call” has unveiled an impressive lineup of actors who will be making special appearances in the drama!

KBS 2TV’s “Curtain Call” is an upcoming series about Ja Geum Soon (Go Doo Shim), an elderly woman from North Korea who deson’t have much time left to live, and Yoo Jae Heon (Kang Ha Neul), a theatre actor who acts as her grandson in order to fulfill her final wish. Ha Ji Won stars as Park Se Yeon, the granddaughter of Ja Geum Soon, who manages the Nakwon Hotel owned by her grandmother.

Veteran actor Ahn Nae Sang will be making a special appearance as Ja Geum Soon’s doctor, and he will be showcasing various charms in later episodes of the drama as well.

Lee Yi Kyung will appear in the drama as Park Noh Kwang, a close friend of Yoo Jae Heon, who works at an imported car dealership. His character is a cheerful and positive person who may be a bit immature, but is impossible to hate because of his charm. Through his outstanding chemistry with best friend Yoo Jae Heon, he will be bringing lots of laughter to the drama.

Jung Yoo Jin will play Song Hyo Jin, a flight attendant who is the youngest daughter of a family that owns a large construction company. She has been a friend of Park Se Yeon for a long time, as the construction company run by her parents was the one in charge of building Ja Geum Soon’s Nakwon Hotel. Song Hyo Jin will also play a key role in the plot, as she is the only person who knows of Yoo Jae Heon’s past career as a theatre actor before he took on the big role of pretending to be Ja Geum Soon’s grandson.

Finally, Kim Young Min will play the role of Lee Young Hoon, who got separated from his mother Ja Geum Soon during the war when he was young. After living for many years in North Korea, he dramatically reunited with his mother during the fourth North-South family reunion in 2002. He is a man with many secrets and also the father of Lee Moon Seong, who will turn Ja Geum Soon’s family upside down. 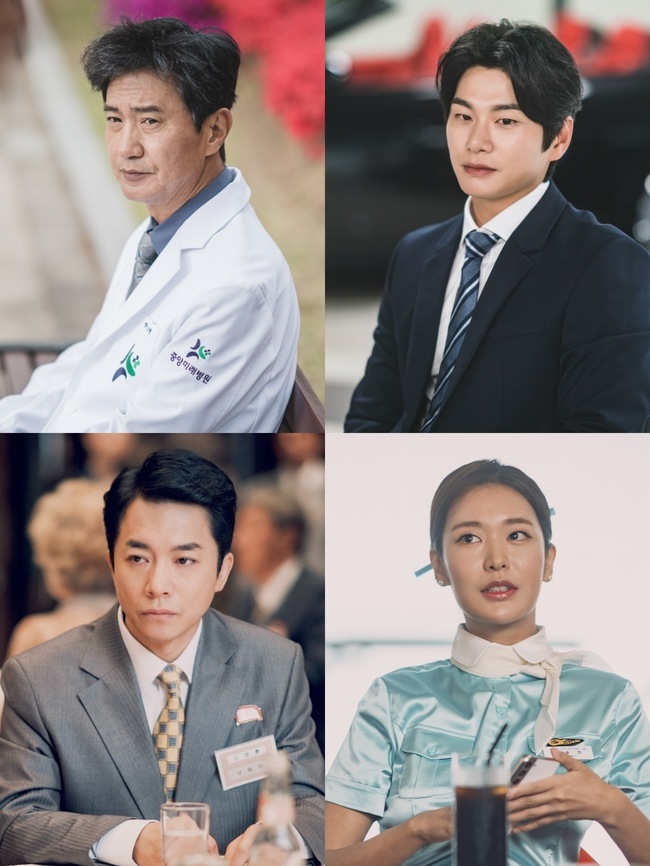 “Curtain Call” premieres on October 31 at 9:50 p.m. KST and will be available with subtitles on Viki.