BTS’s Jin will be joining Coldplay on their world tour for a special performance of his upcoming solo single!

On October 20, BTS took to social media to share an adorable exchange between Jin and Chris Martin of Coldplay. In the messages, Chris Martin invites Jin to join the band at their Argentina world tour stop next week on October 28 to give a premiere performance of his upcoming single “The Astronaut.” The pair also chat about the inspiration of the song and reflect on being able to work on it together.

Read the full exchange below! 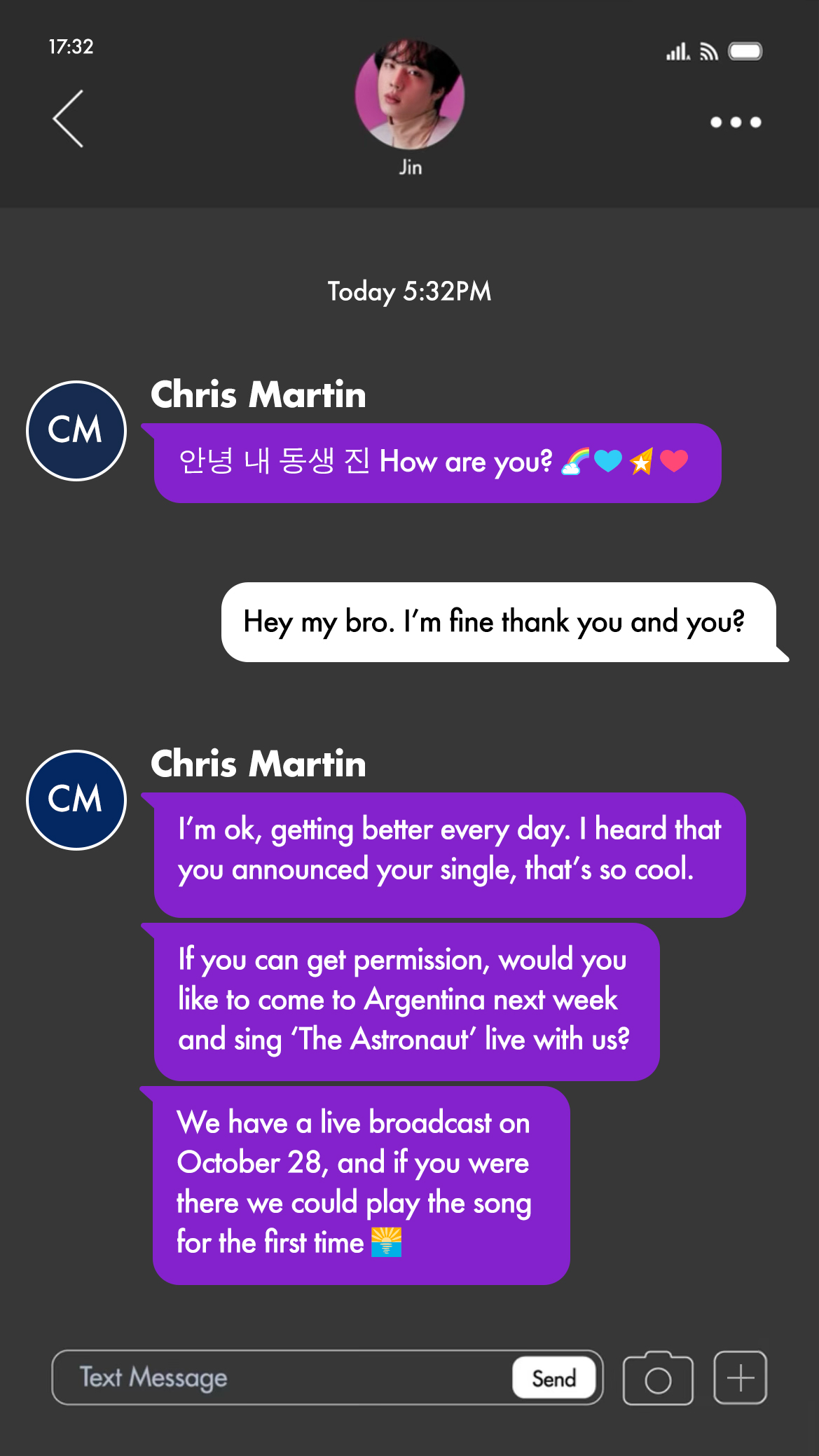 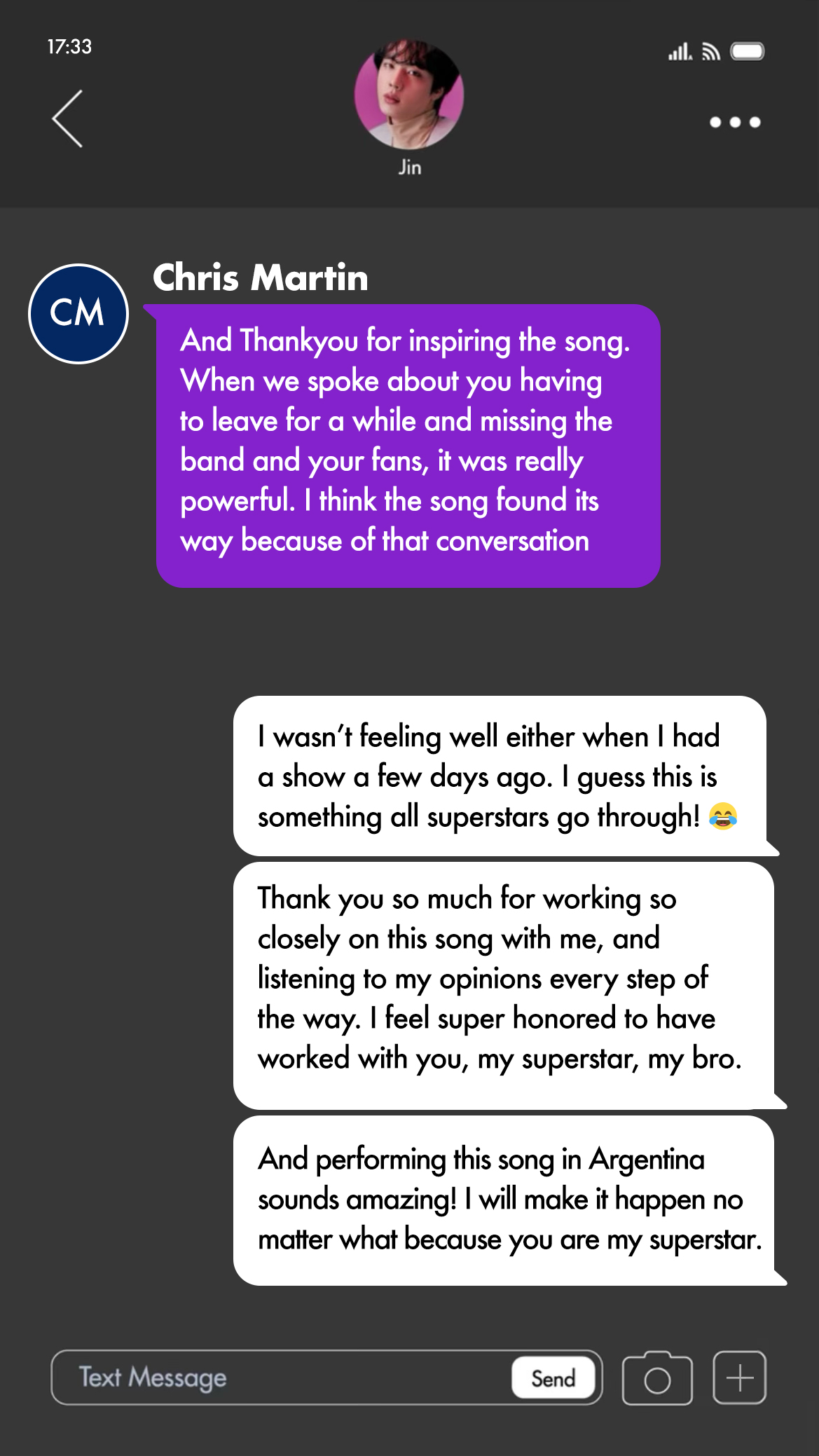 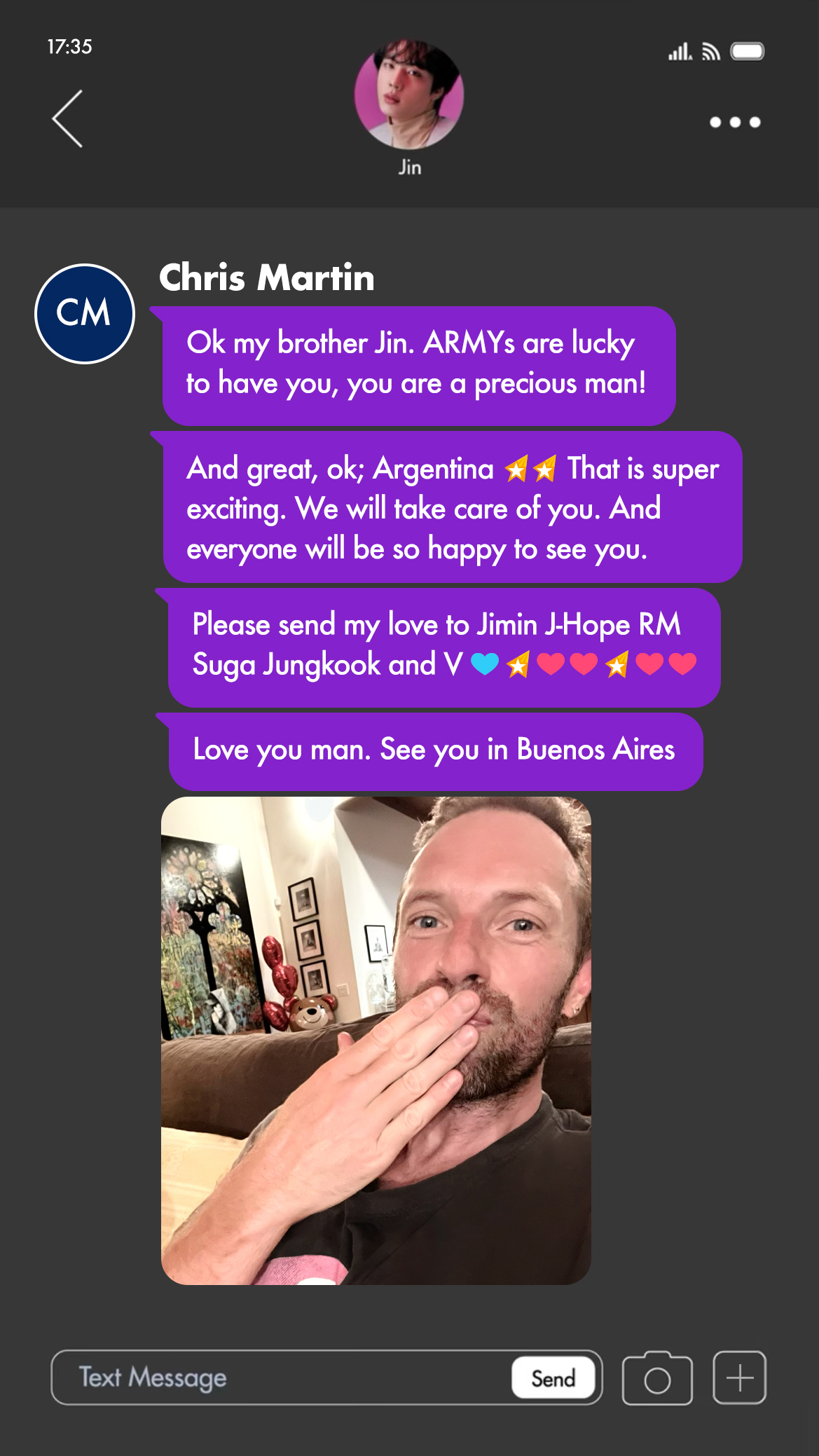 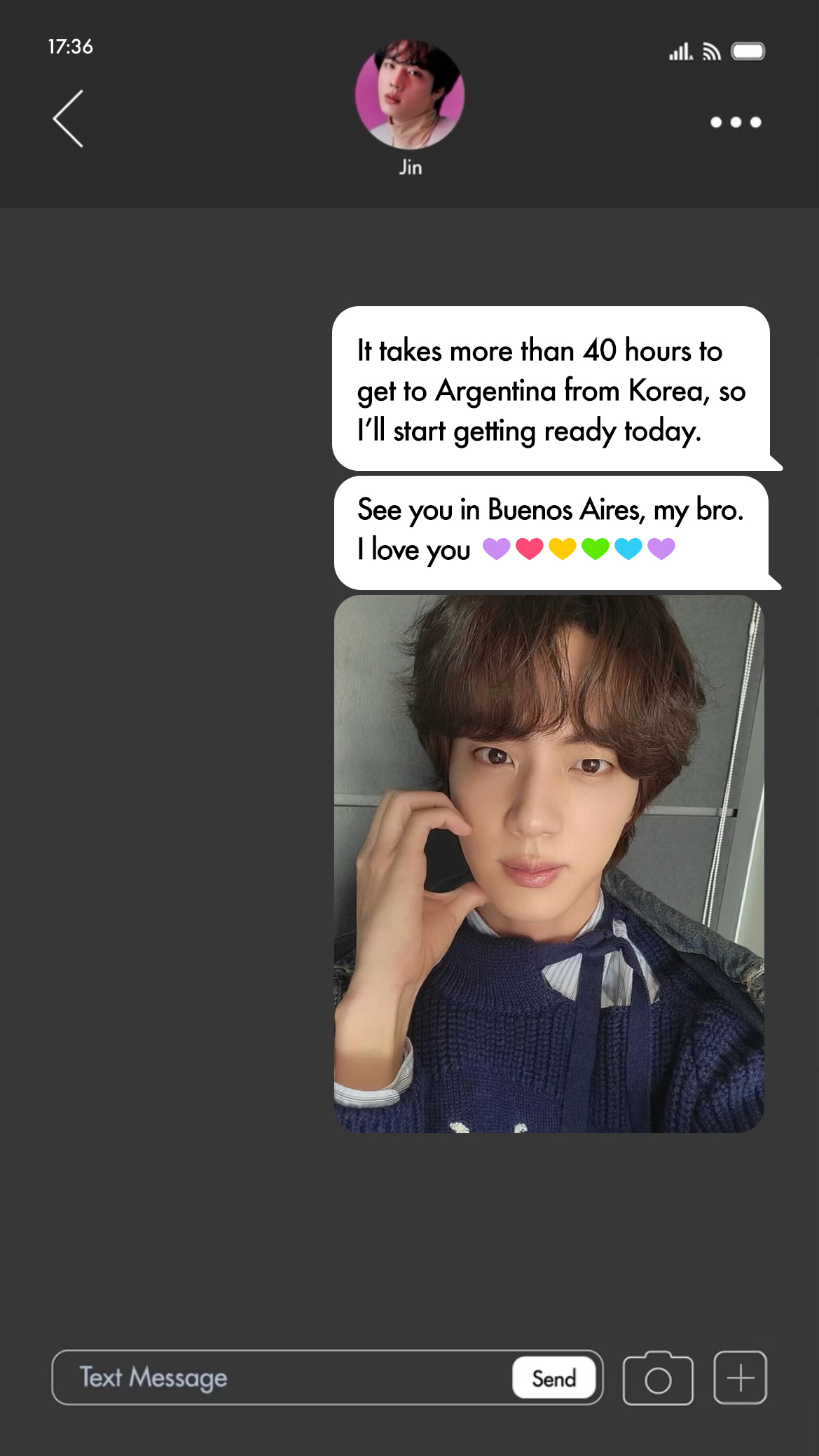 Big Hit Music confirmed, “BTS’s Jin will perform ‘The Astronaut’ with Coldplay at the Argentina stop of their ‘MUSIC of the SPHERES’ world tour.” They added, “As Jin’s solo single ‘The Astronaut’ is co-written by Coldplay, this performance will be that much more meaningful. We ask for lots of interest from fans.”

It was previously revealed that Jin’s new solo single “The Astronaut” was co-written by Jin and Coldplay. The iconic British band previously collaborated with BTS for their hit single “My Universe,” which was recently certified platinum in the United States.

BTS
Jin
Coldplay
How does this article make you feel?