Get ready for an eventful party on the next episode of MBC’s “The Golden Spoon”!

Based on the webtoon of the same name, “The Golden Spoon” is a drama about a student born into a poor family who uses a magical golden spoon to swap fates with a friend born into a wealthy family. BTOB’s Yook Sungjae stars as Lee Seung Chun, the student who hopes to turn his life around with the titular golden spoon, while Lee Jong Won plays Hwang Tae Yong, the privileged friend whose life Lee Seung Chun covets.

On the previous episode of “The Golden Spoon,” Lee Seung Chun was sent off to the United States after Seo Joon Tae (Jang Ryul) used alleged evidence of his involvement in Chairman Na’s death to threaten his father.

In newly released stills from the drama’s upcoming episode, Lee Seung Chun makes a dramatic return to Korea by unexpectedly crashing a party attended by Seo Joon Tae. There, he coldly faces off against his nemesis—but something about the way he acts as he confronts the other man suggests that he has changed quite a bit during his time abroad.

However, Seo Joon Tae isn’t the only familiar face at the party: Na Joo Hee (DIA’s Jung Chaeyeon) and Hwang Tae Yong are both present as staff, raising the question of how the two characters wound up working there. Additionally, Lee Seung Chun will surprise both of his former classmates with his changed demeanor when he runs into them for the first time since returning from the United States. 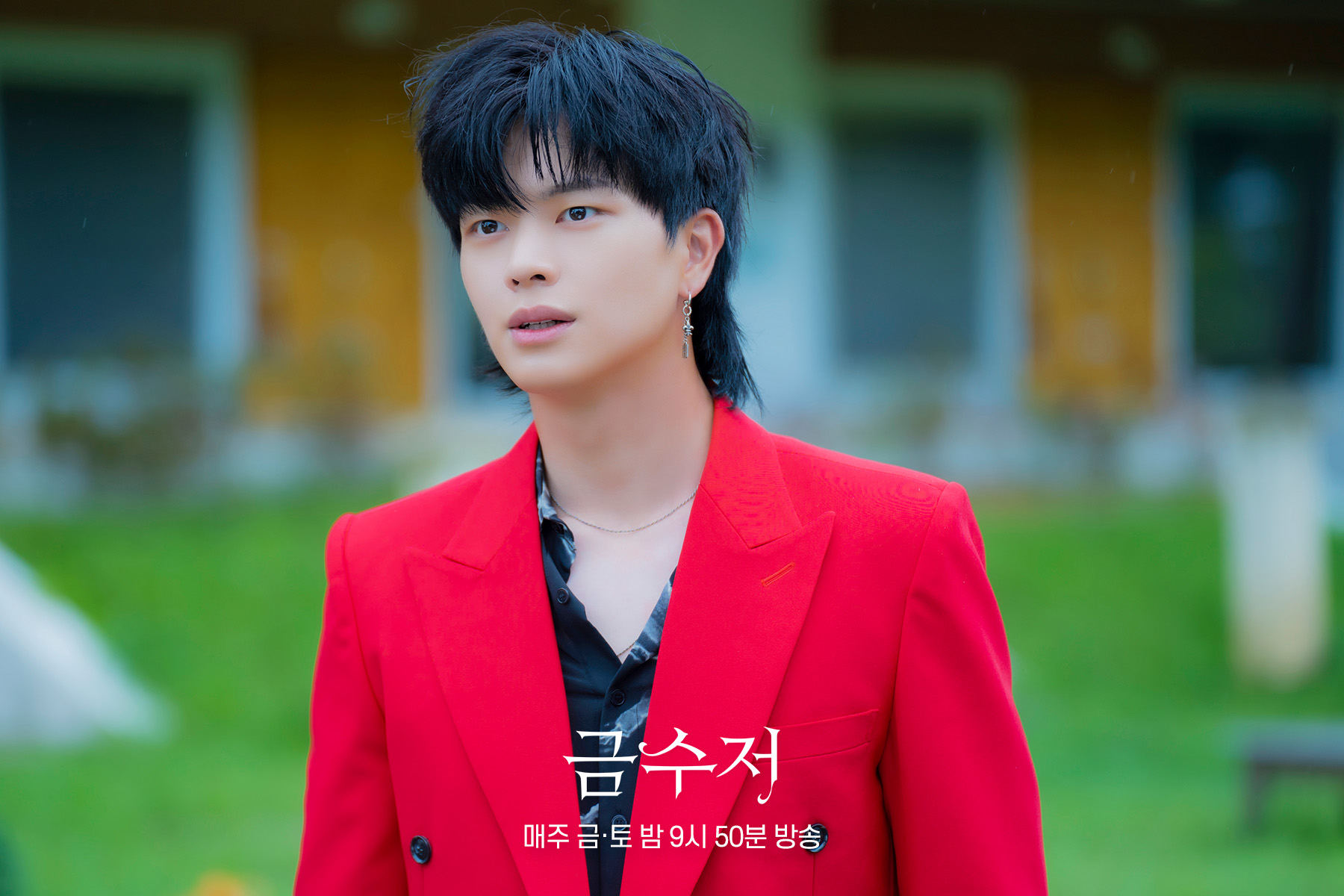 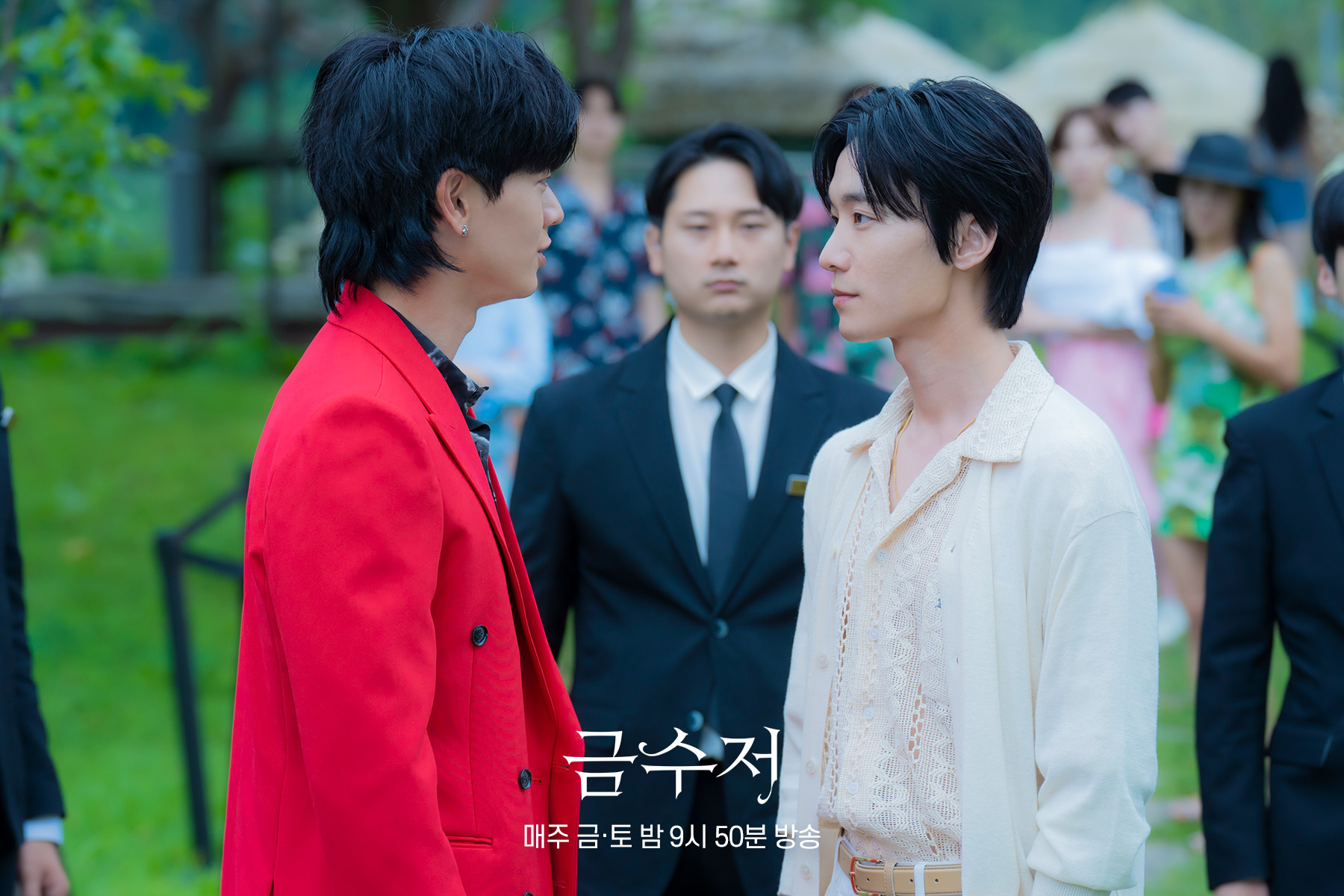 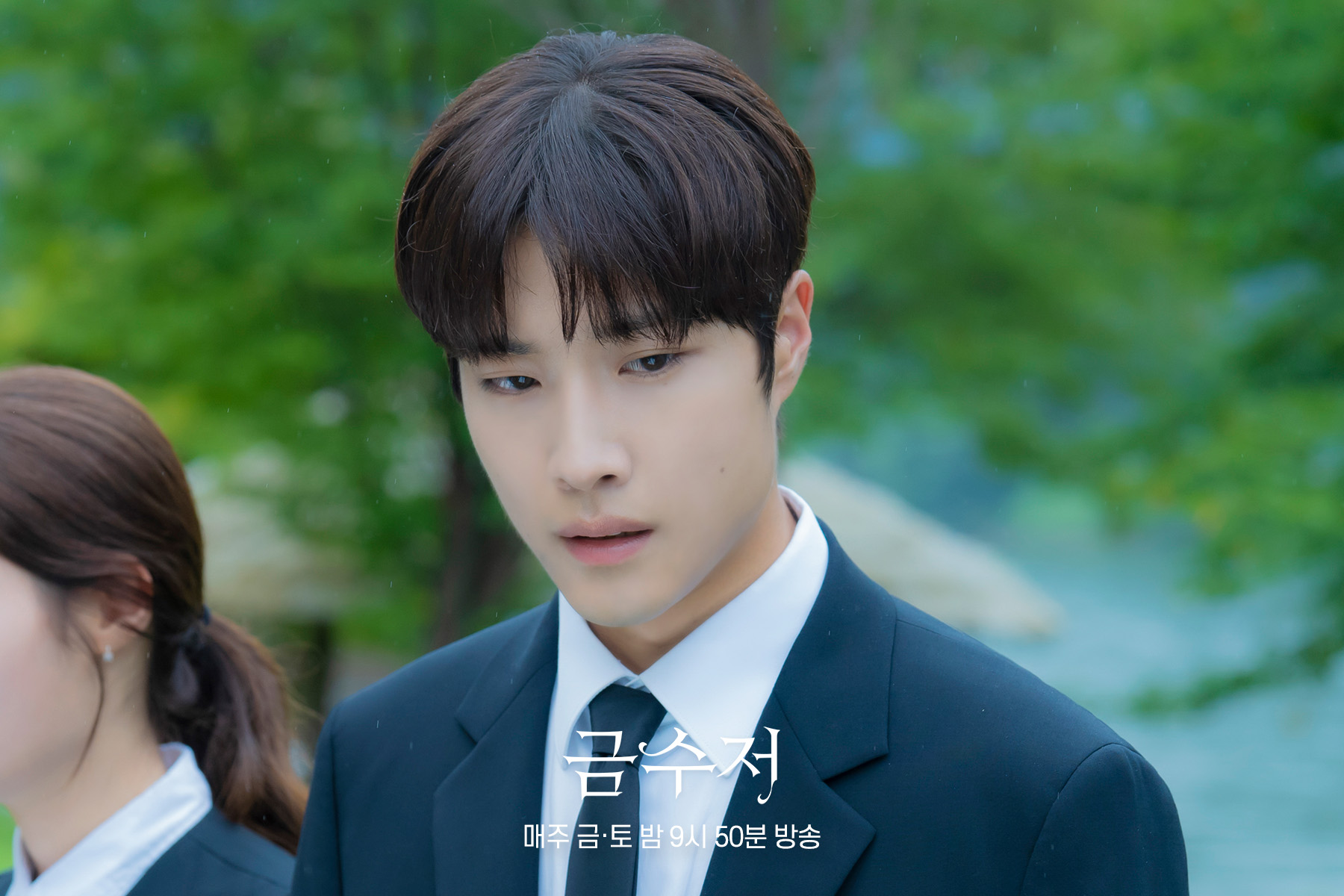 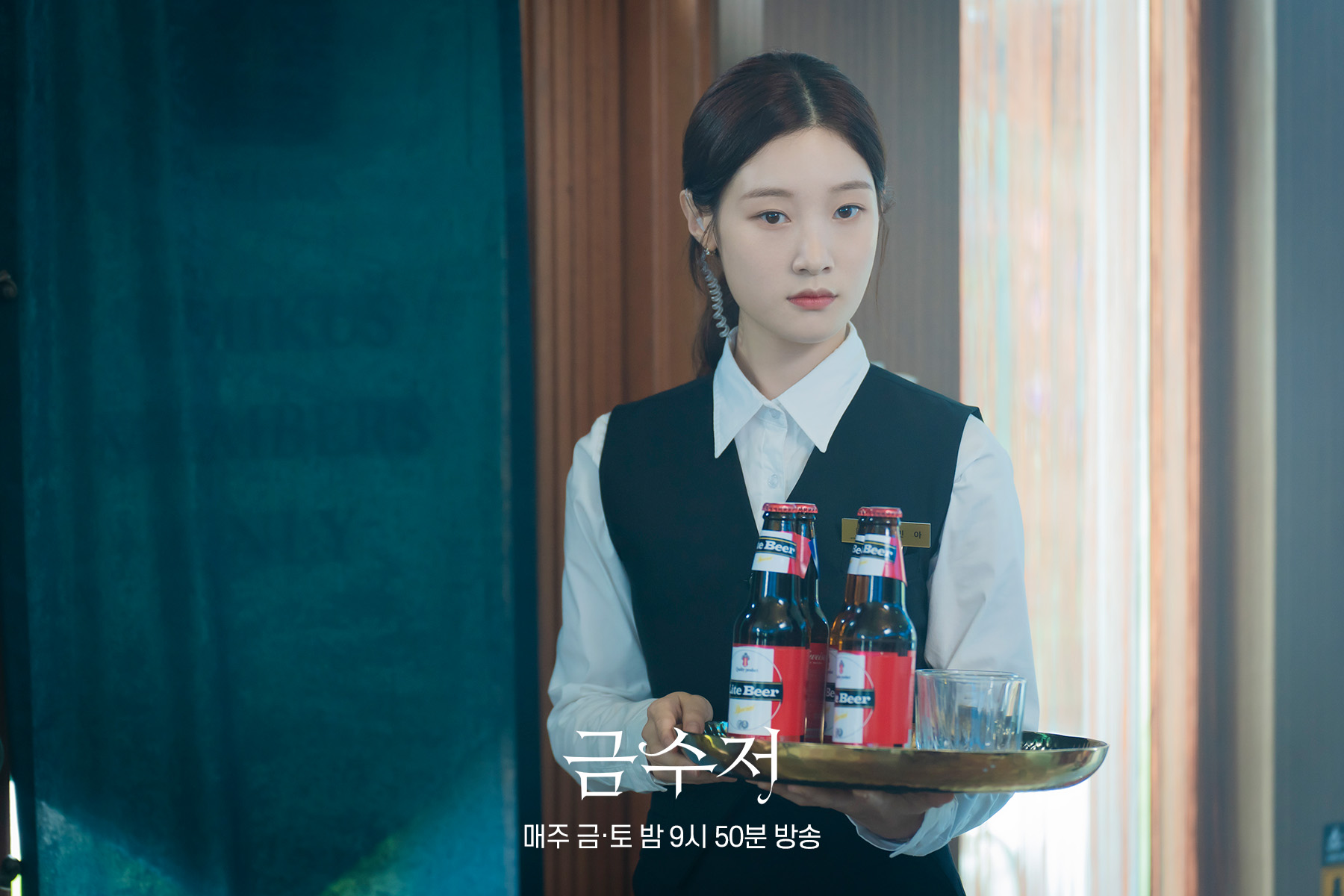 To find out how Lee Seung Chun will act after reuniting with his former friends and current enemy, tune in to the next episode of “The Golden Spoon” on October 21 at 9:50 p.m. KST!