Kim Sun Ah has reached her breaking point on JTBC’s “The Empire”!

In the upcoming episode of the drama, the fissure between Han Hye Ryul and her son Han Kang Baek (Kwon Ji Woo) will grow even wider following Hong Nan Hee (Joo Se Bin)’s unexpected death. Han Hye Ryul, who loves her son deeply and considers him the top priority in her life, will be devastated by Han Kang Baek growing even more distant and refusing to communicate with his family.

Faced with a heartbreaking change in her son’s attitude, Han Hye Ryul—who had tried her best to protect him from the knowledge of Na Geun Woo’s affair, Hong Nan Hee’s scheming, and the prying eyes of the world—finds herself on the verge of a breakdown. 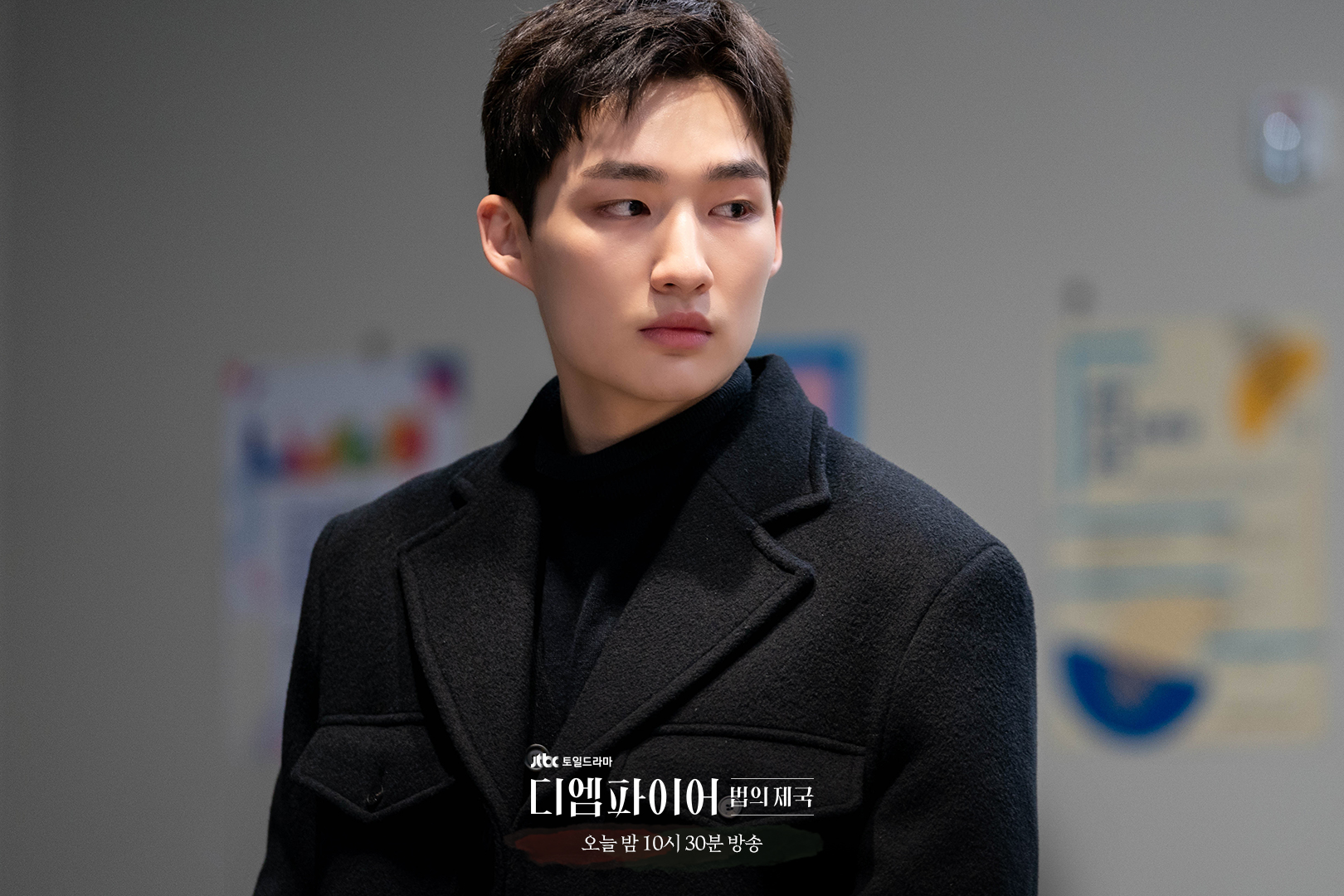 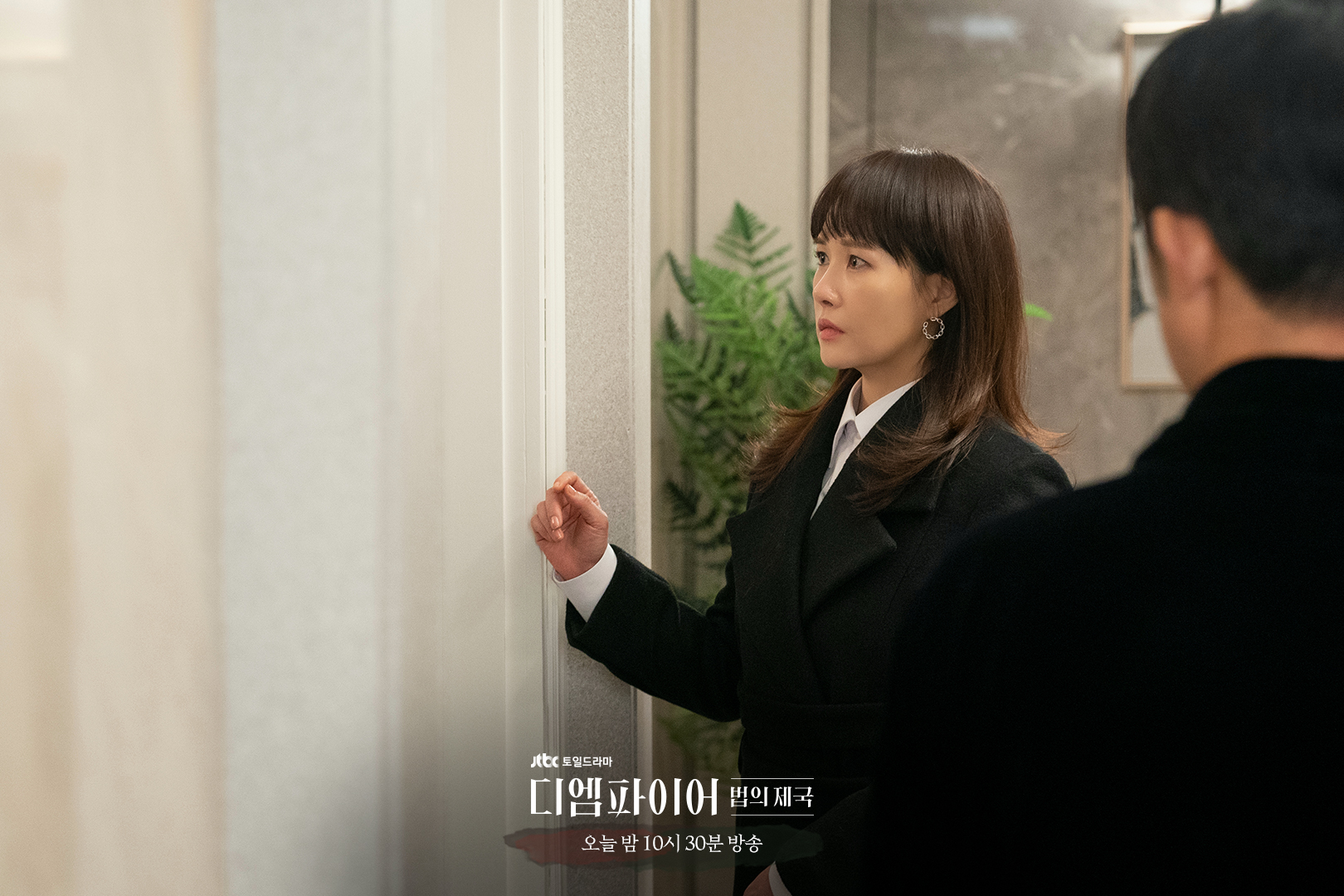 To add to her emotional burden, Han Hye Ryul must also deal with the stress of the Christmas Fund incident, the unkind gaze of the legal world, her husband’s affair with Hong Nan Hee, and Hong Nan Hee’s death—all of which lead her to finally lashing out at Na Geun Woo.

In newly released stills from the next episode, Han Hye Ryul’s eyes are full of resentment as she finally spits out the words she’s been holding back for so long. Meanwhile, a guilty-looking Na Geun Woo is unable to meet his wife’s gaze as he listens to what she has to say.

According to the producers of the drama, Han Hye Ryul will also ask Na Geun Woo to make a promise that he is unable to refuse—though it remains to be seen whether he will be able to keep his promise. 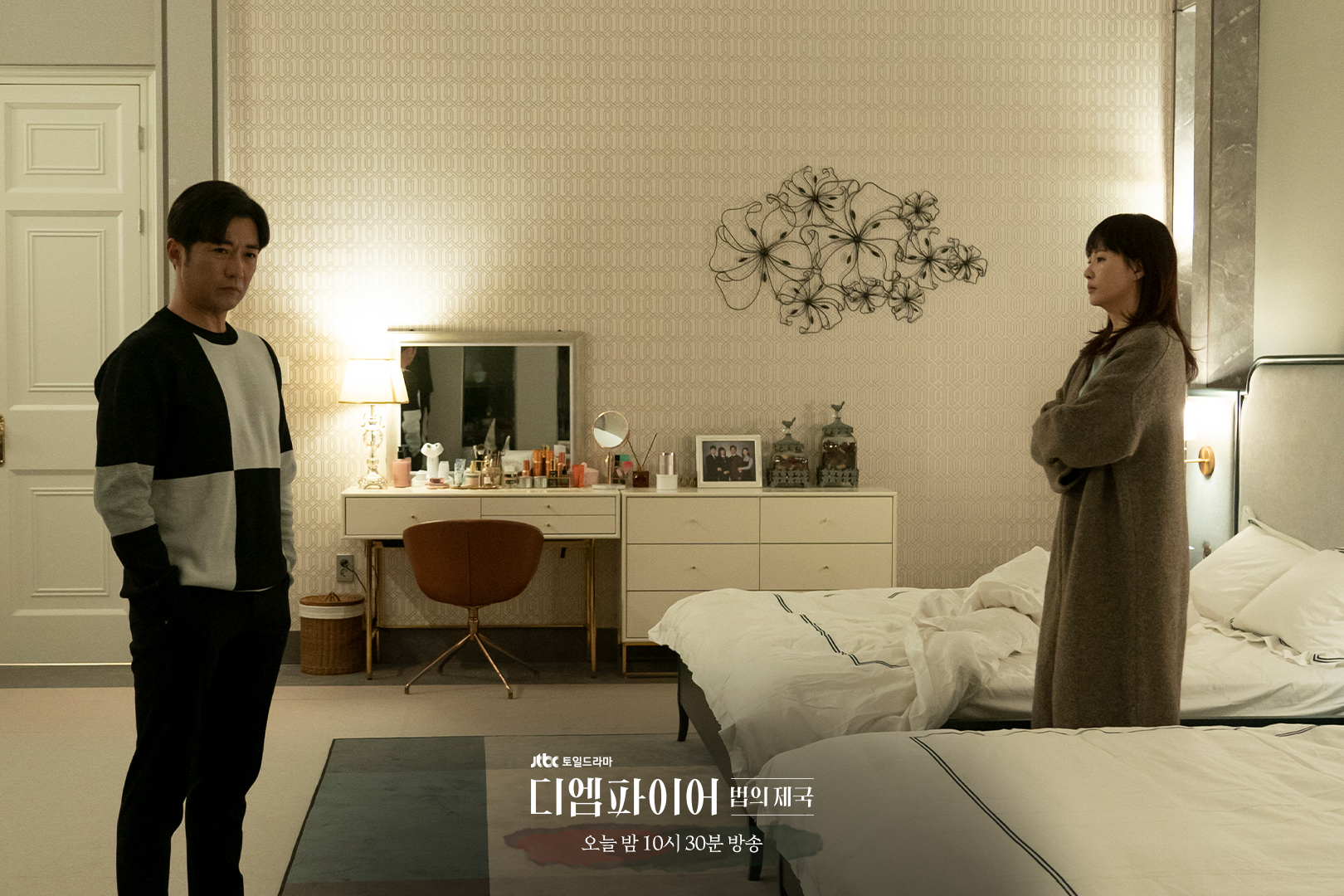 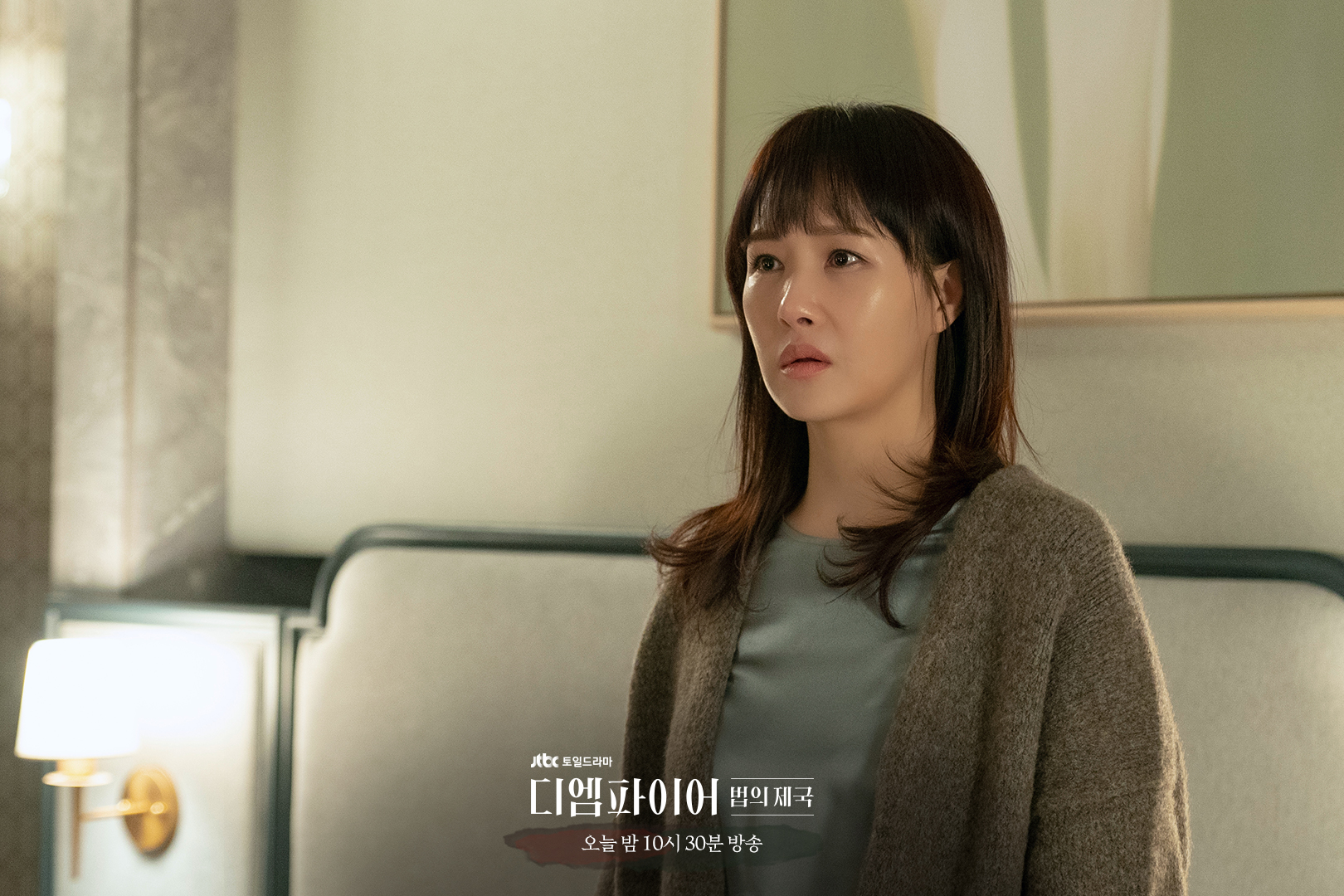 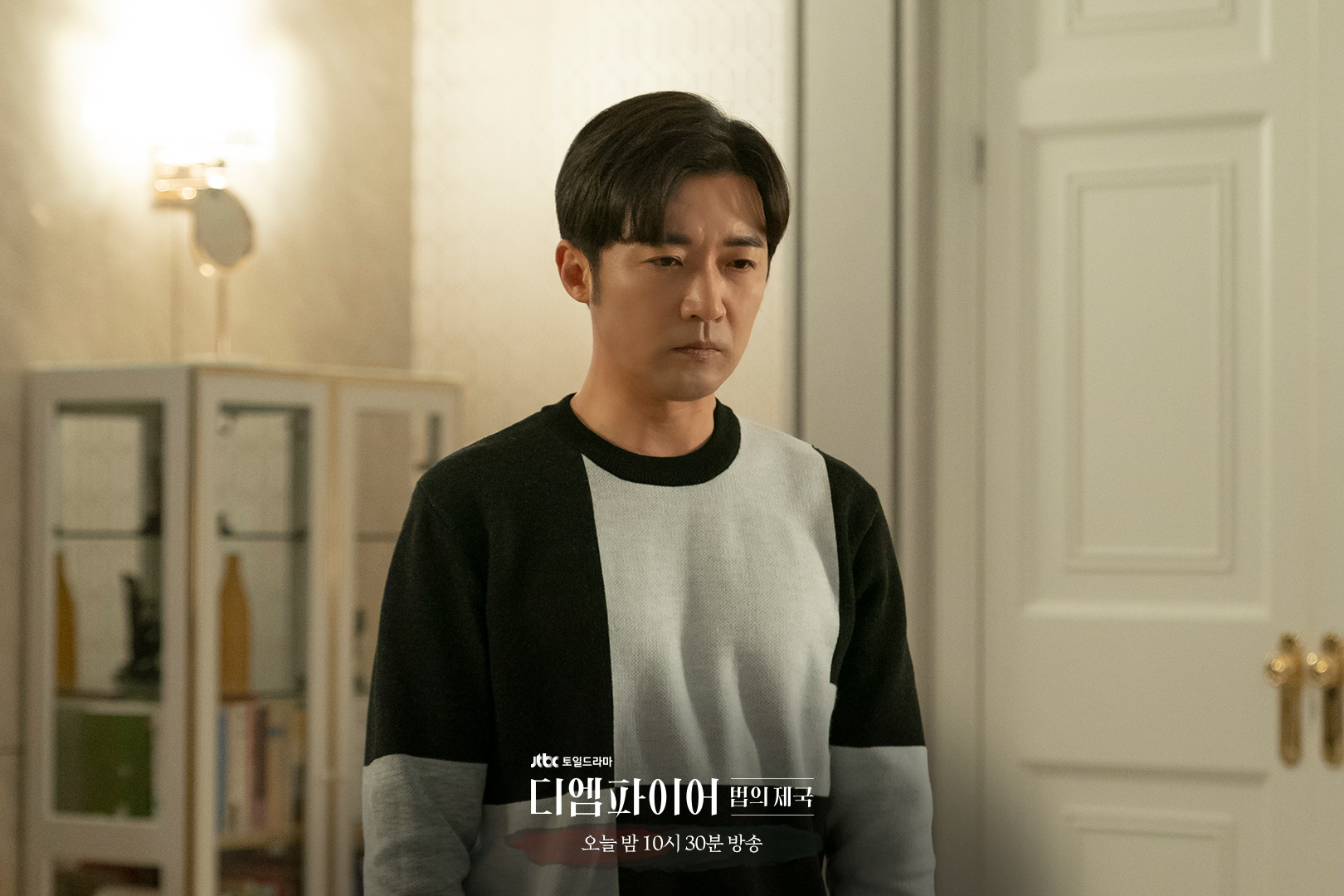 To find out what kind of promise Han Hye Ryul will ask of Na Geun Woo, tune in to the next episode of “The Empire” on October 22 at 10:30 p.m. KST!