“One Dollar Lawyer” Sweeps Most Buzzworthy Drama And Actor Rankings

SBS’s “One Dollar Lawyer” dominated this week’s rankings of the most buzzworthy dramas and actors!

This week, the hit drama starring Namgoong Min rose to No. 1 on Good Data Corporation’s weekly list of the dramas that generated the most buzz. The company determines each week’s rankings by collecting data from news articles, blog posts, online communities, videos, and social media about dramas that are either currently airing or set to air soon.

tvN’s new series “The Queen’s Umbrella” debuted at No. 2 on the drama list, with leading lady Kim Hye Soo entering the actor rankings at No. 5.

SBS’s “Cheer Up” climbed to No. 3 on this week’s drama list, and its stars Han Ji Hyun and Bae In Hyuk also rose to No. 7 and No. 9 respectively on the actor list.

MBC’s “The Golden Spoon” ranked No. 4 on the drama list, and three of its stars made the top 10 on this week’s actor list. BTOB’s Yook Sungjae stayed strong at No. 6, followed by Lee Jong Won at No. 8 and DIA’s Jung Chaeyeon at No. 10.

Finally, KBS 2TV’s new drama “Vengeance of the Bride” debuted at No. 8 this week, followed by KBS 2TV’s “Three Bold Siblings” at No. 9. 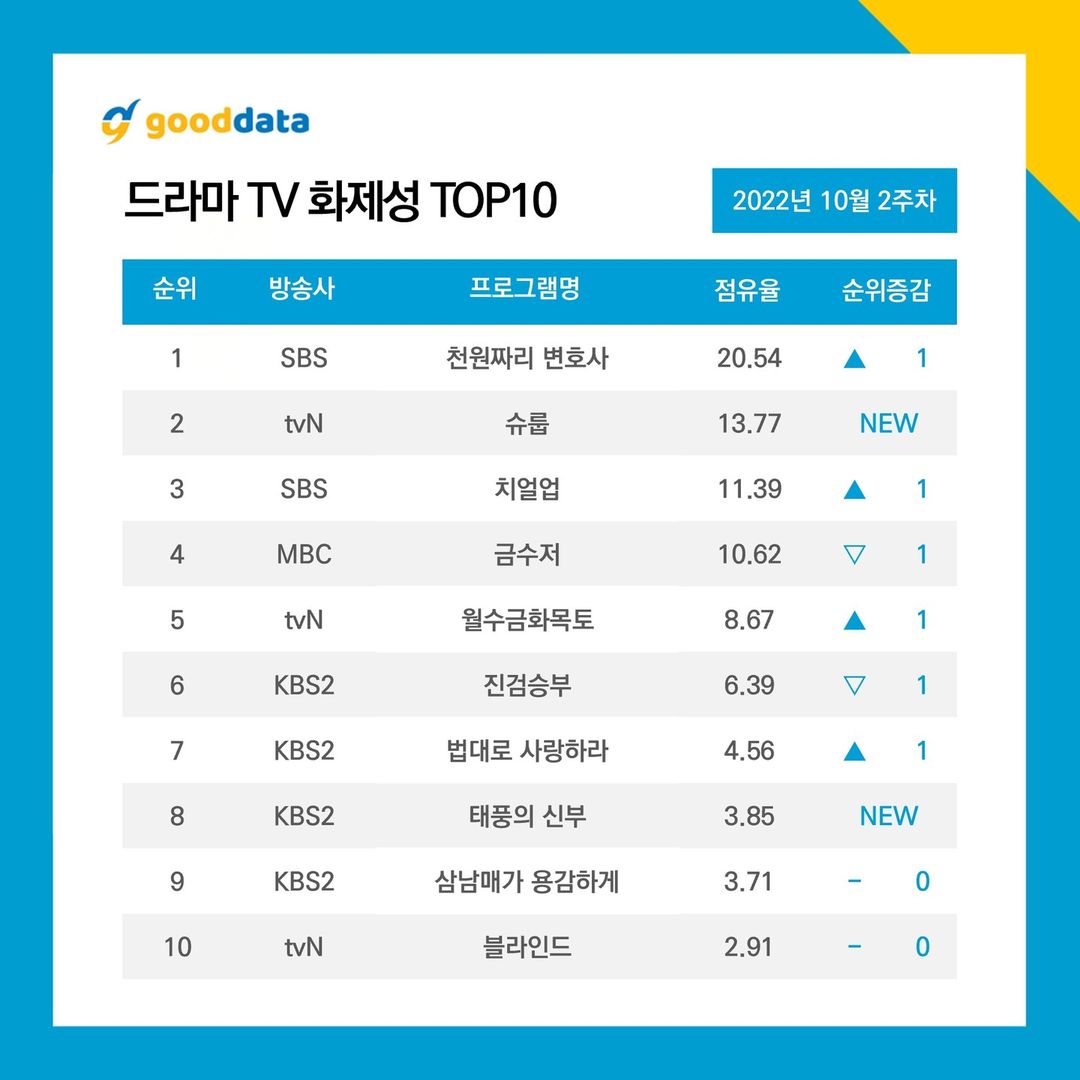 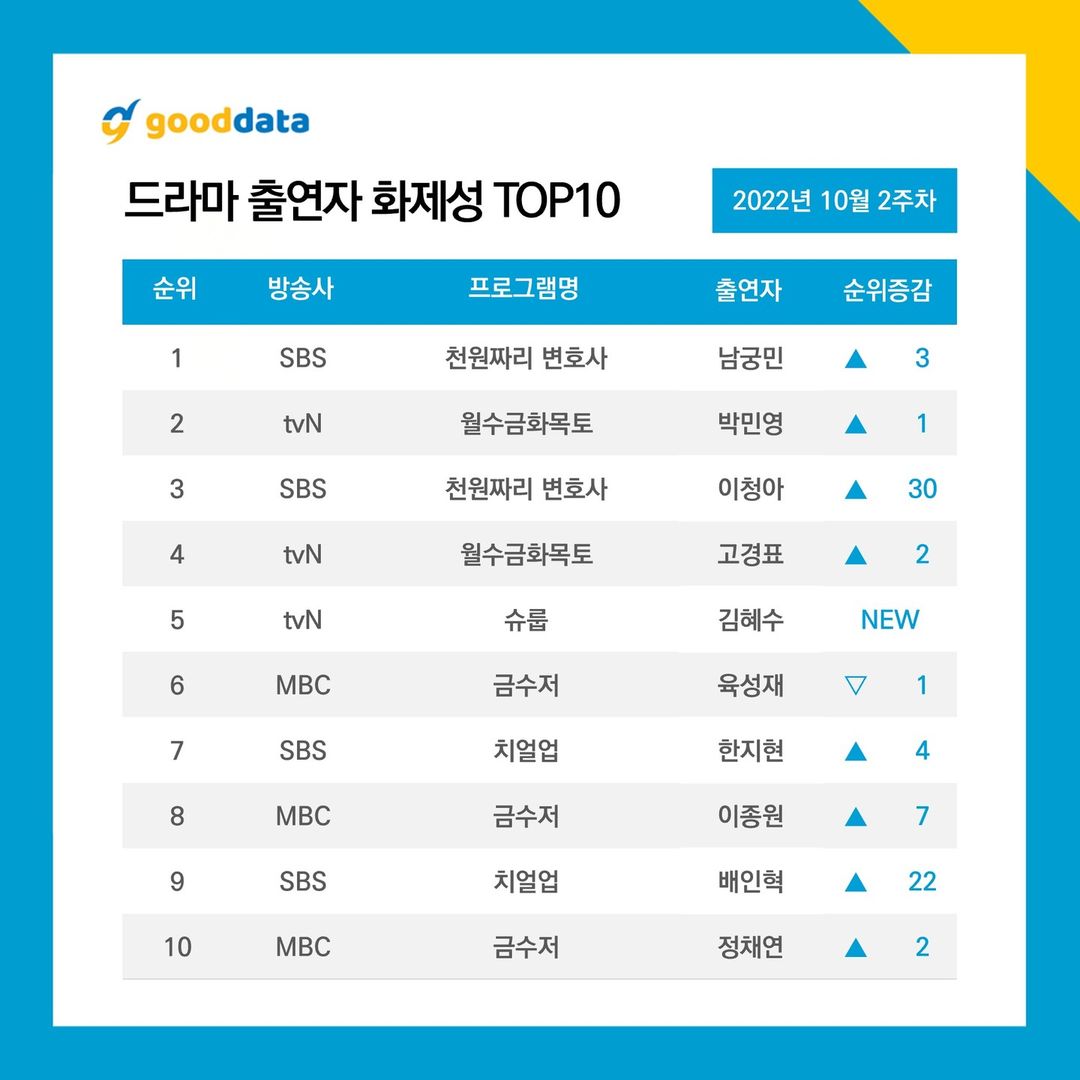 …and “Vengeance of the Bride” below!