“Love in Contract” has revealed stills from episode 11!

“Love in Contract” is a romantic comedy about a service that provides fake wives for single people in need of partners to bring to social gatherings such as school reunions and dinners for married couples. Park Min Young stars as professional fake wife Choi Sang Eun, who finds herself caught between longtime client Jung Ji Ho (Go Kyung Pyo)—with whom she has a long-term exclusive contract for Mondays, Wednesdays, and Fridays—and newcomer Kang Hae Jin (Kim Jae Young), an A-list idol-turned-actor who signs a contract with her for Tuesdays, Thursdays, and Saturdays.

In the published stills, Choi Sang Eun visits the police alone in the middle of the night and finds Kang Hae Jin who is hiding his face with a hoodie. Choi Sang Eun feels overwhelmed by the anger in his sharp eyes. 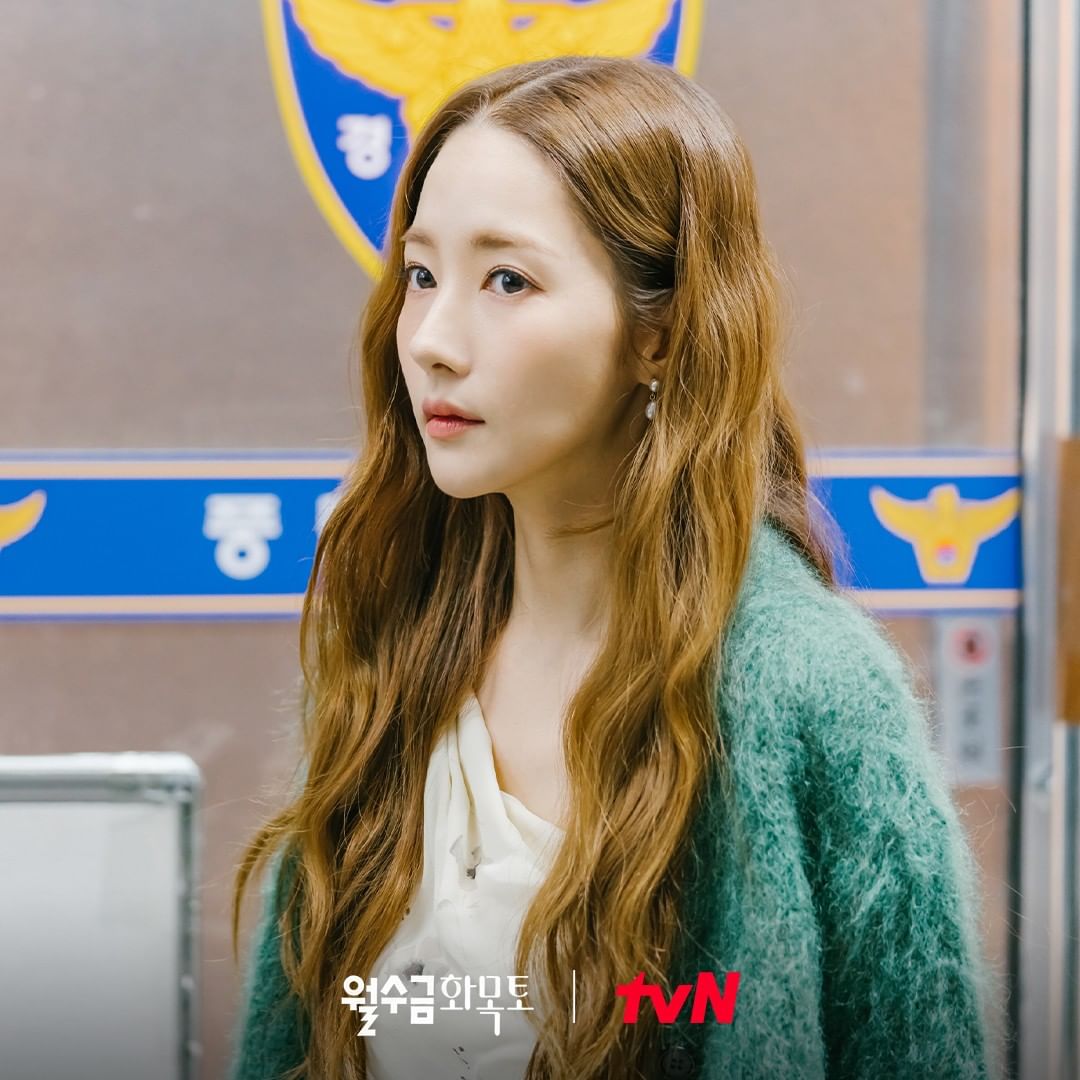 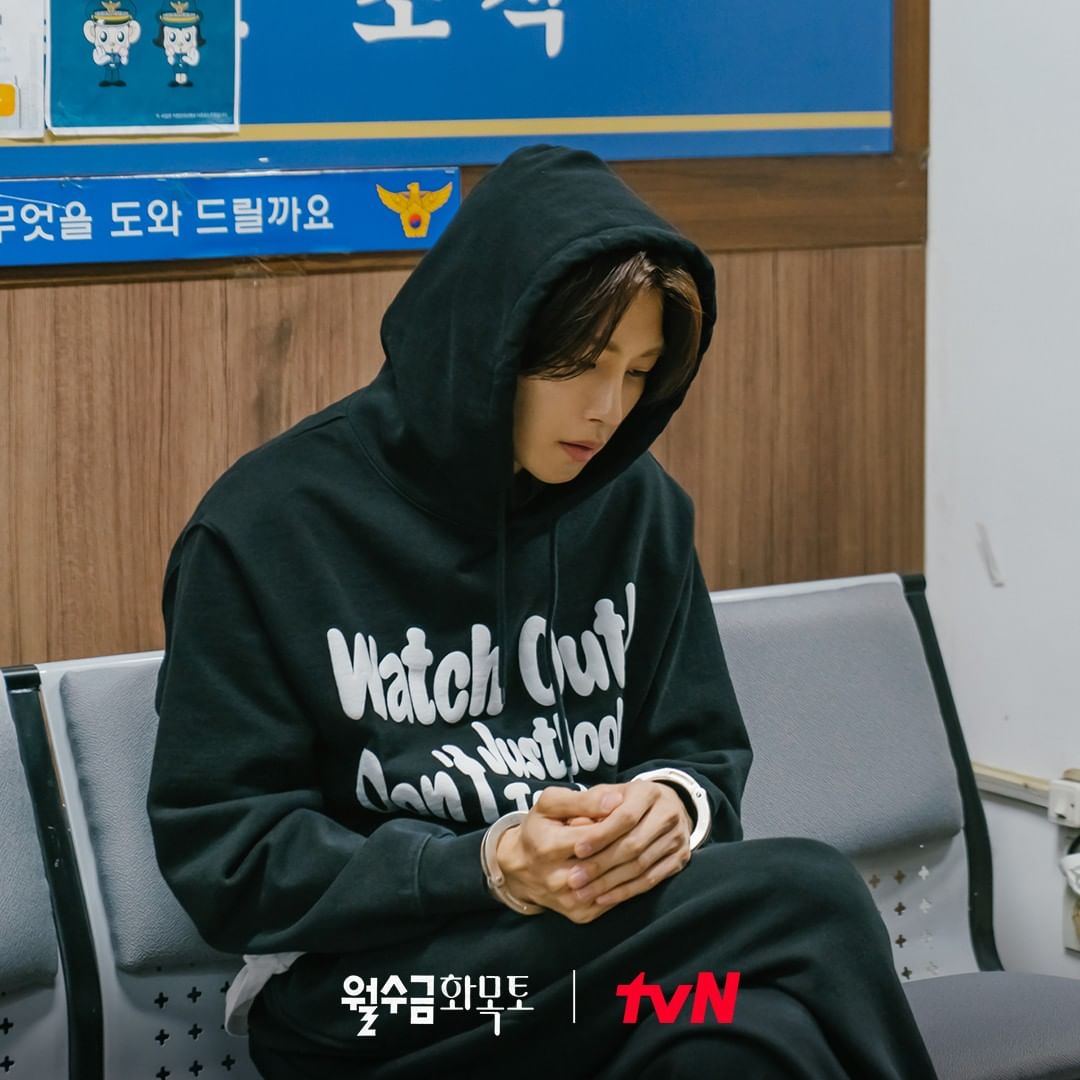 Jung Ji Ho’s ex-wife and Kang Hae Jin’s lawyer Jung Ji Eun (Lee Joo Bin) also hastily visits the police station. She is worried about Kang Hae Jin as it can be fatal to his reputation as a top star if he gets involved in some kind of an incident. Choi Sang Eun’s perplexed facial expression makes viewers curious to find out why Kang Hae Jin was taken to the police station and why he is angry. 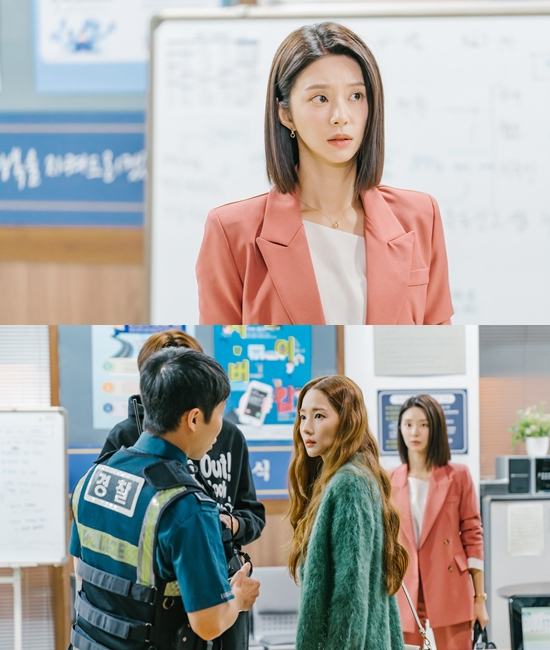 The production team remarked, “The identity of the mysterious person in a black helmet who threatened Choi Sang Eun will be unveiled on October 26. This brings a huge change to Choi Sang Eun’s romance. As there will be a flurry of developments ahead, please look forward to it.”

Catch up with “Love in Contract” below: