Disney+’s upcoming drama “Revenge of Others” has unveiled its main poster!

“Revenge of Others” is a new teen revenge thriller starring Shin Ye Eun as Ok Chan Mi, a high school student and shooting athlete who is searching for the truth behind the suspicious death of her twin brother. Together with Ji Su Heon, a student seeking vengeance against their unjust society (played by Lomon), she gets caught up in a shocking incident that will turn their lives upside down.

In the newly released poster, Ok Chan Mi and Ji Su Heon are ready to take on the world as they stand together on the rooftop of their school building. They are joined by several of their fellow students, including Seok Jae Beom (Seo Ji Hoon), Tae So Yeon (Jung Soo Bin), Ki Oh Sung (Chae Sang Woo), and Kook Ji Hyun (Lee Soo Min).

Meanwhile, Ok Chan Mi’s twin brother Park Won Seok (Kang Yul) is perched precariously atop a handrail at the edge of the rooftop.

The poster’s caption reads, “At the age of 19, choosing revenge instead of dreams!” 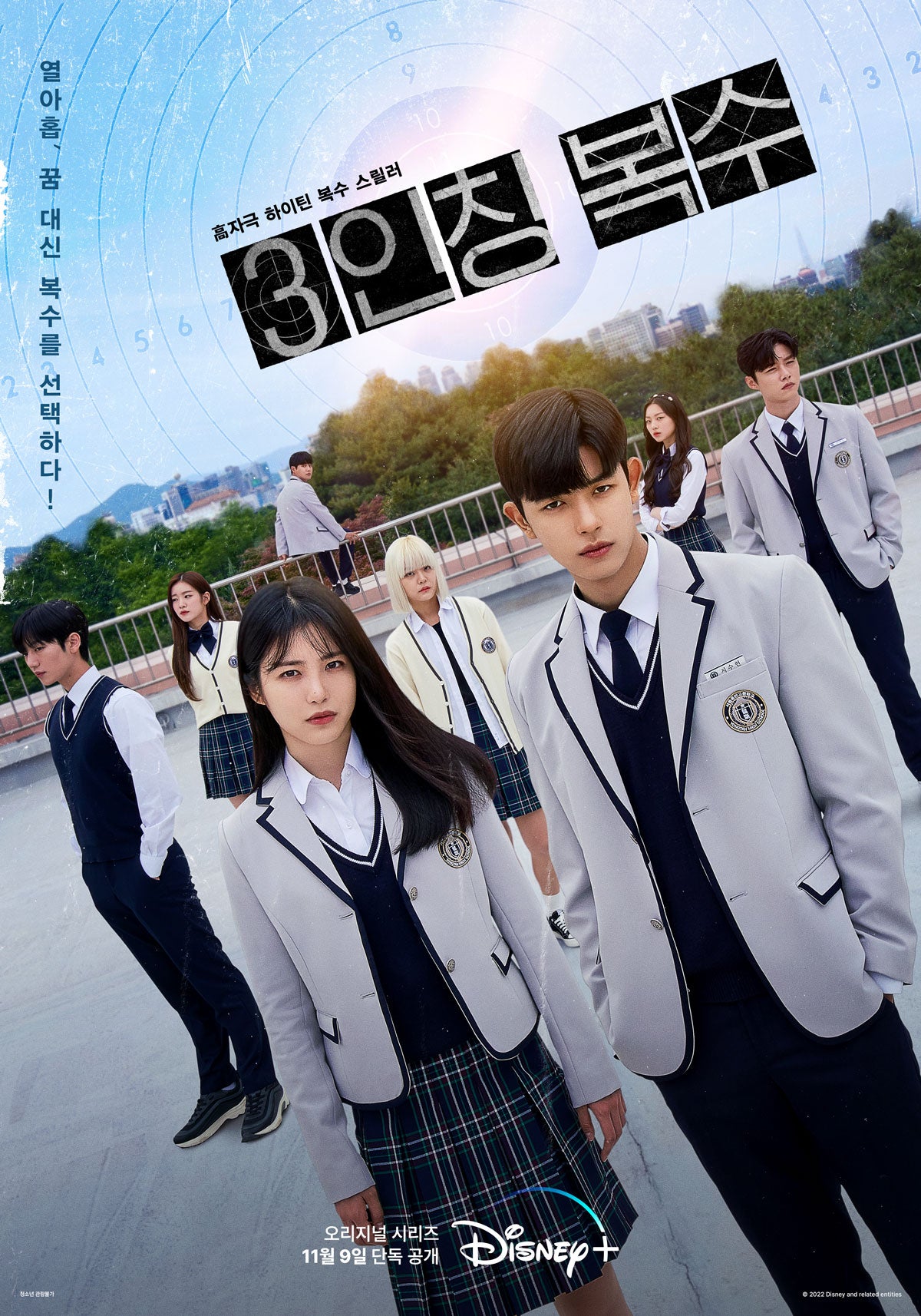 “Revenge of Others” will premiere on November 9.

In the meantime, watch Shin Ye Eun in “Yumi’s Cells 2” with subtitles here…

…and Lomon in “Revenge Note” below!