Legendary Filming Locations In Seoul That Are Worth Visiting

South Korea has always been a tourist destination. But with the mind-blowing growth of Hallyu in the past decade on a worldwide scale, the surge of visitors from all around the globe only keeps increasing with every passing day. Despite the pandemic’s halting effect on tourism, as soon as restrictions were lifted, people (Hallyu fans and the general public alike) booked their tickets and dove into the beauty of Korean culture. There is so much to discover in this beautiful country and its soulful capital, Seoul. But perhaps one of the most famous attractions to visit are filming locations from K-dramas that welcome fervent fans more often than not.

Having visited Seoul recently, here are legendary filming locations in Seoul that are worth visiting. Enjoy the tour! 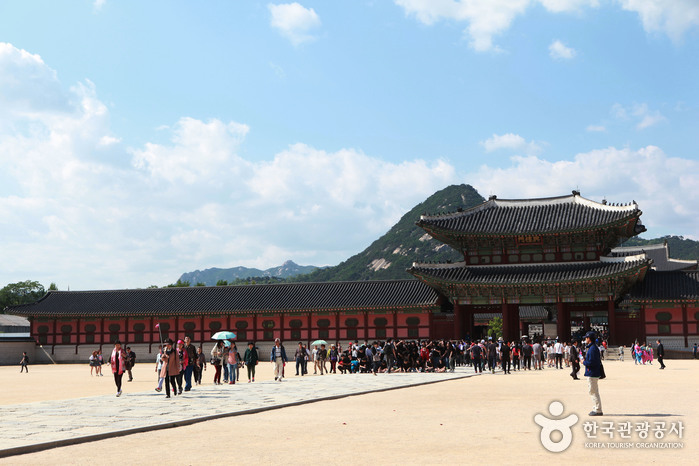 Gyeongbokgung (gung means palace) is the main royal palace originating from the Joseon dynasty. With Gwanghwamun as its main gate, this palace is the largest of the five palaces that were built during the same dynasty. Gyeongbokgung’s architectural plan embraces many gates, courts, pavilions, bridges, and other buildings all within its premises. You can get lost in time and space as you take a stroll around the palace. Naturally, its historical, cultural, and touristic value has made it a recurrent landmark in our favorite dramas, namely historical ones.

Another traditional location that will take you back in time instantly is the Bukchon Hanok village. Having a rich history of its own, the village is known for its traditional Korean houses, called hanok, which are preserved to this day and serve as a tourist destination. You can wander in its narrow street and discover ancient architecture that still imposes its beauty amidst today’s urban homes. A handful of dramas have included Bukchon Hanok village as their filming location, which is usually used as a meeting point or a passage for the characters. 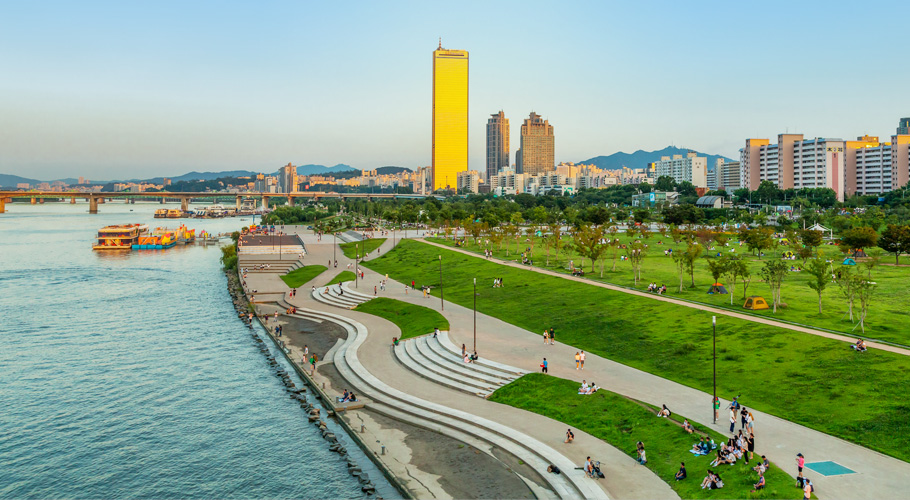 Hangang (gang means river) is Korea’s most famous river, although it is the second largest in the country. What makes this river even more special is the 12 parks that can be found throughout its length as it crosses Seoul. Out of these dozen, one of the most famous parks is Yeouido, located in the area of the same name. The park is known for its green fields, biking routes, street food carts, E-land ferry cruise, riverside boat coffee shops and restaurants, and so on. The spot is perfect for dates, hangouts with friends, family outings, and even solo ventures for those who prefer to enjoy nature and quiet on their own. In dramas, the main characters are often seen taking a stroll with their (soon-to-be) significant others in a rather romantic setting. 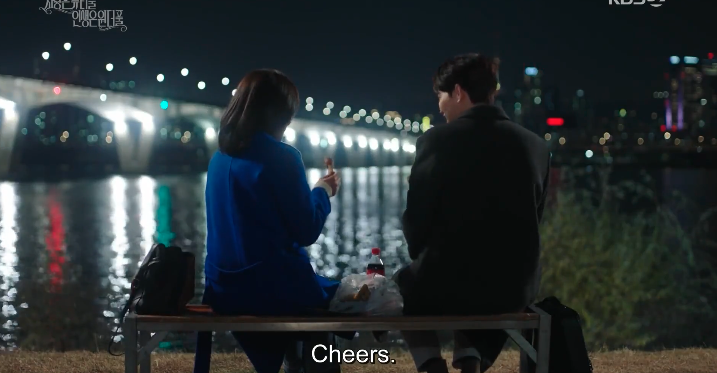 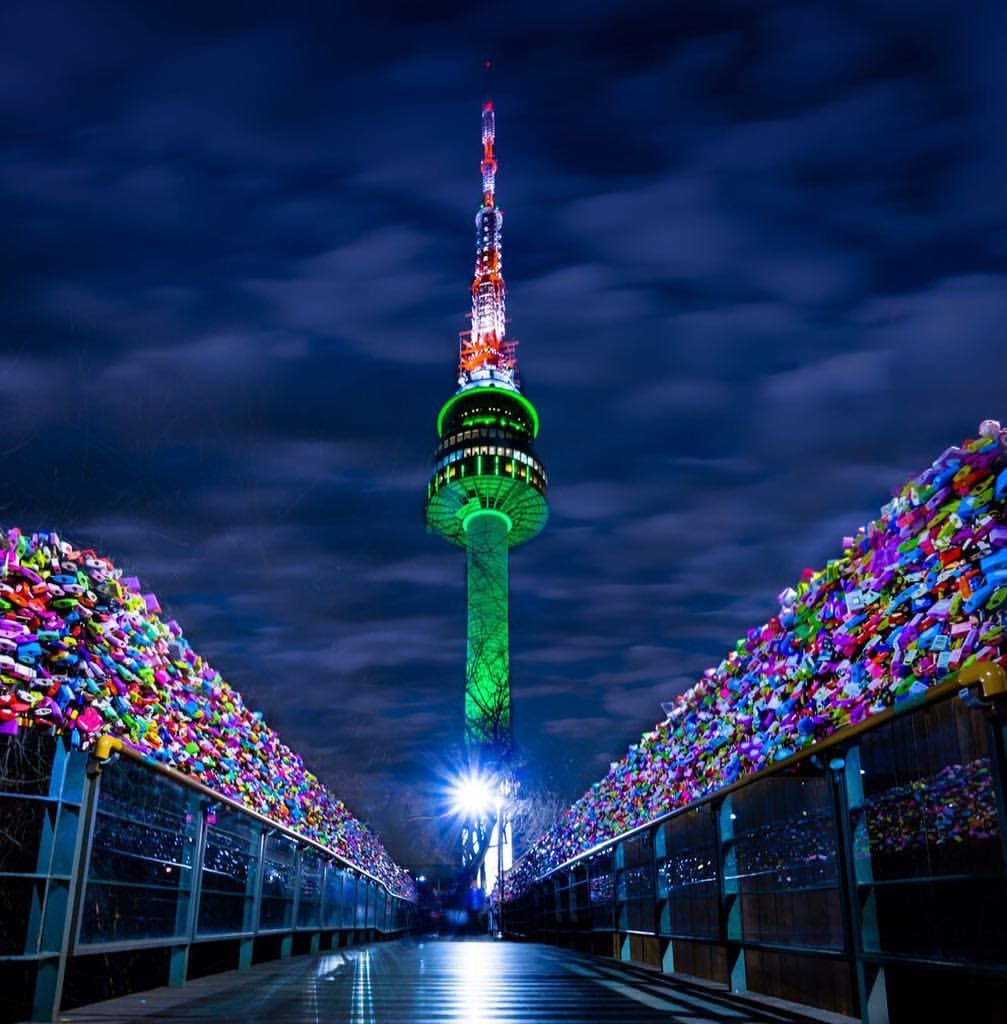 Also known as Namsan tower and Seoul tower, it is a communication and observation tower located in Namsan, on its mountain (san means mountain.) This tower is the second highest in Seoul and you can see it wherever you are in the capital. The landmark is 784 feet tall, and it includes a lobby and a two-floor plaza consisting mainly of restaurants and coffee shops as well as souvenir shops. Furthermore, there are four other floors at the top where visitors have access to the observatories, the wishing pond, telescopes, and more food joints and gift shops. Where does N Seoul tower come in handy in dramas? It’s got to be the romantic rendezvous. The tower is known for its love lock bridge, and it makes the perfect spot for a date! 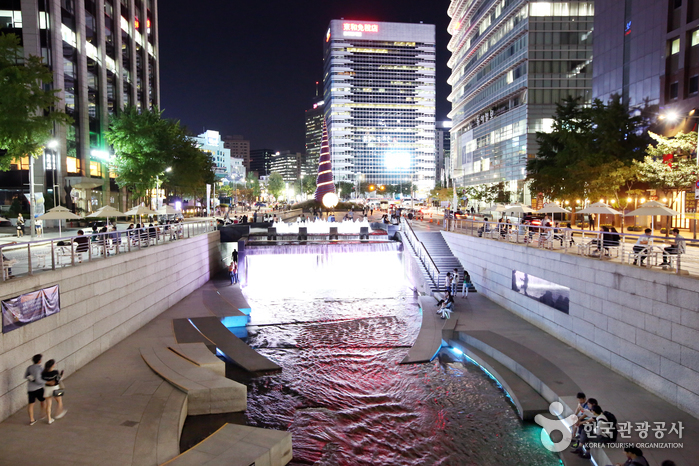 This 6.8 mile-long stream is a must-visit when you’re in Seoul. Cheonggyecheon is an ideal spot for those who like to take long walks while enjoying their surroundings in a place that feels like a forest has emerged inside the city. Better yet, this stream is home to a lot of colorful and fun events as well as lantern festivities: you just have to be there at the right time! Since it’s located in the heart of the city, so-to-speak, you simply cannot miss it when it’s featured in dramas, since it connects various neighborhoods throughout its length. 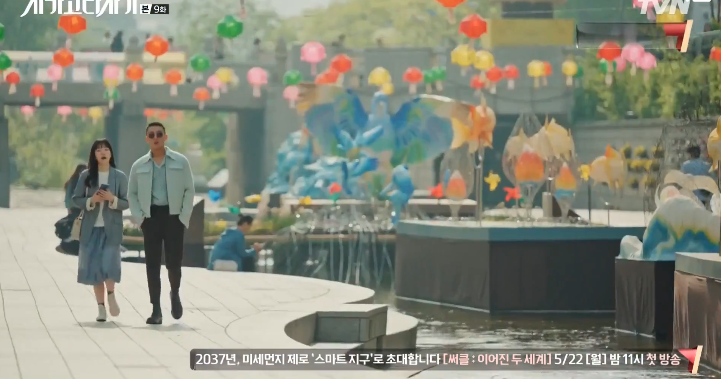 Which legendary filming location would you want to visit the most? Let us know in the comments below!