Pharrell Confirms BTS Collab Is On The Way

It’s official: fans can look forward to at least one new collaboration between BTS and Pharrell Williams (and possibly more)!

On November 1, Rolling Stone magazine released an exclusive interview between BTS’s RM and Pharrell in which the two artists chatted about music, life, and more.

Towards the end of the interview, Pharrell revealed the exciting news that he’d joined forces with BTS for a song on his upcoming album “Phriends.”

The American artist and producer shared, “Well, my project, it’s called… it’s [under] my name, and the title of the album is ‘Phfriends.’ It’s the volume one. You guys [BTS] are on there, obviously. And I’m actually talking about this way more than I’m supposed to, but it’s a song from my album that [BTS] sang and it’s amazing, and I’m super grateful.”

RM chimed in, “I just love this song,” to which Pharrell agreed, “I love it too… Everyone that hears it is like, ‘Whoa.'”

Pharrell then went on to offer to work with RM on his upcoming solo album, raising the possibility of a second collaboration between the two singers.

Referring to RM’s new solo album—which was just officially announced by Big Hit Music on November 1 KST—Pharrell said, “I’m just going to put this out there. You said you’re 90 percent done with your solo album. But if within that last 10 percent, if you need—you don’t need me, but I mean…”

RM interjected, “I always needed you, for 15 years,” and Pharrell continued, “OK, well, if you want to do something, we can actually do it.” In what appeared to mark confirmation that the two might really be teaming up for his upcoming album as well, RM responded, “Please… I’m honored and grateful.” 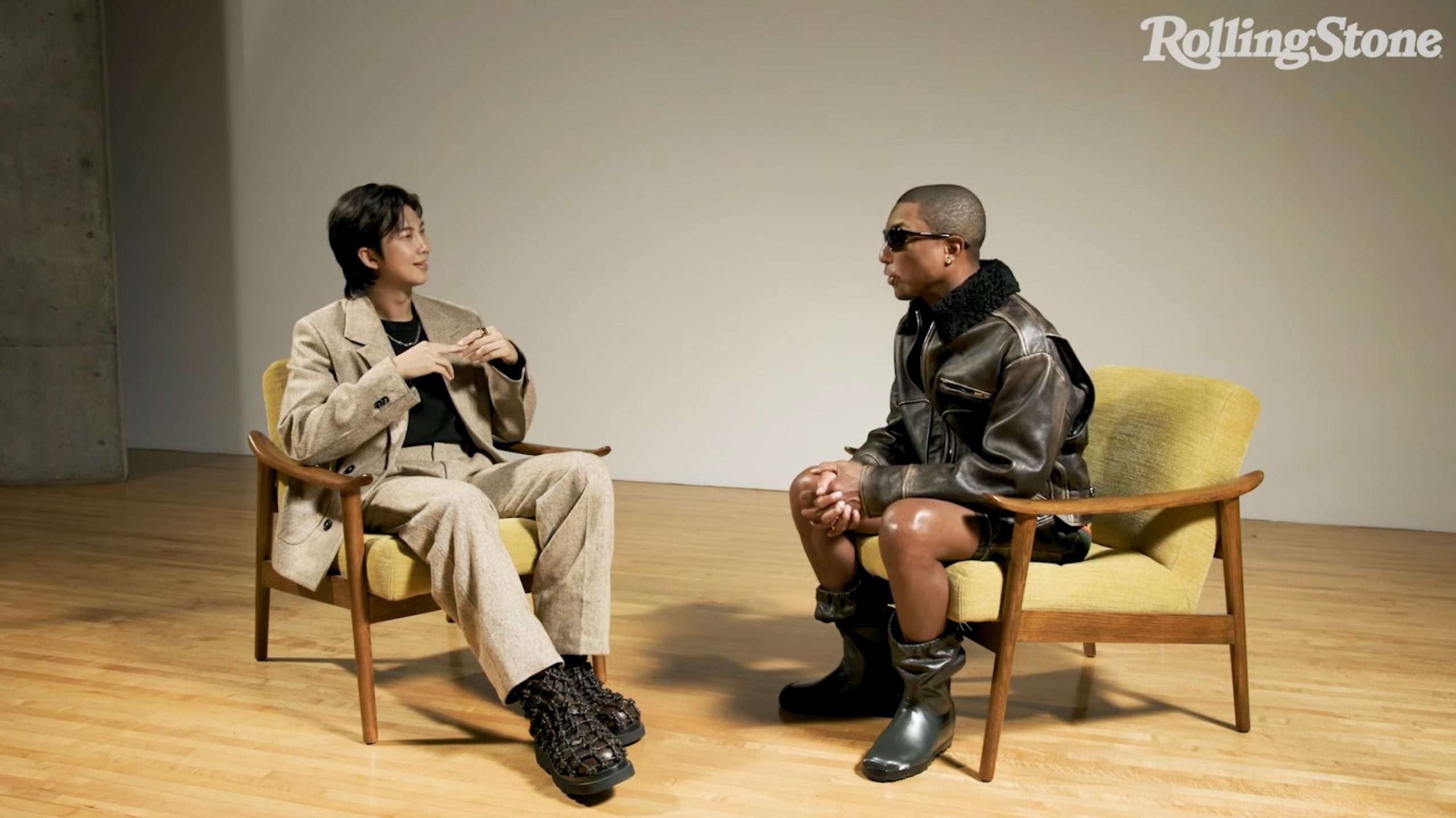 Are you excited to see what BTS and Pharrell Williams have in store?

You can read the full Rolling Stone interview between RM and Pharrell here, or you can check out the video version below!

BTS
Pharrell Williams
RM
How does this article make you feel?