Upcoming film “Christmas Carol” has given viewers a sneak peek of its action-packed story!

“Christmas Carol” is an action thriller movie following the story of twins Wol Woo and Il Woo, both of whom will be played by GOT7’s Jinyoung. After Wol Woo’s death, Il Woo enters a juvenile detention center through his own volition in order to exact revenge. There, he winds up in a brutal confrontation with a juvenile gang.

In the newly released stills, Jinyoung’s duality shines through in his roles of Wol Woo and Il Woo, and he goes through drastic changes in terms of appearance and attitude as the film progresses through its dark and twisted turns. There is Wol Woo, who seems carefree and innocent, but who is actually hiding a secret he can’t tell anyone. Then there is Il Woo, who is forced to become used to violence in order to protect his grandmother and brother. 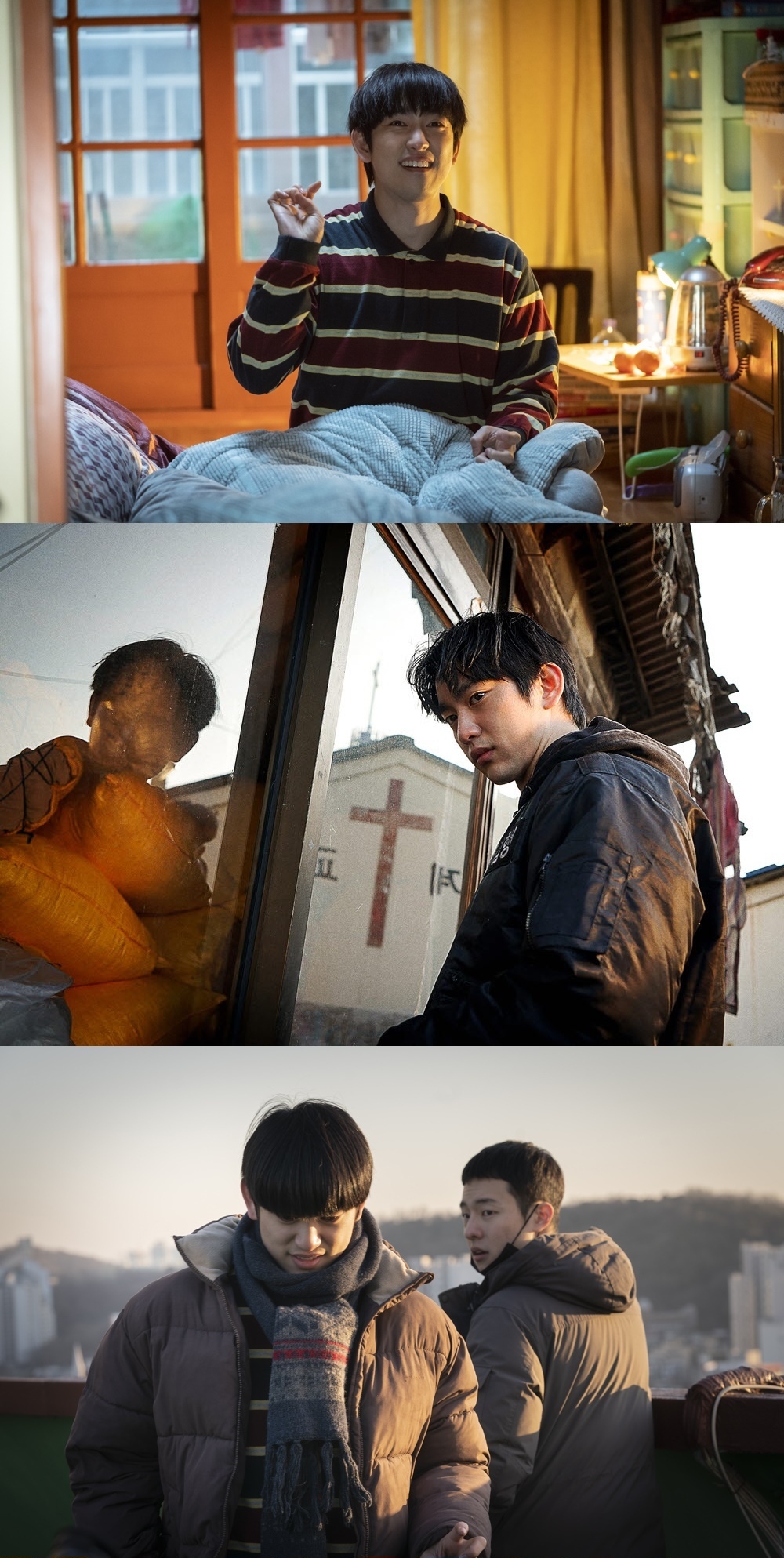 Kim Young Min plays Il Woo’s counselor Cho Soon Woo, who does his best to help Il Woo, while Kim Dong Hwi plays Son Hwan, who becomes a member of the juvenile gang while hiding Wol Woo’s secret. Song Geon Hee plays Moon Ja Hoon, a member of the gang who is ready to use any means necessary to get rid of Il Woo. Finally, Heo Dong Won plays Han Hee Sang, a correctional teacher who uses violence to instill fear into the inmates of the juvenile detention center.

All of these characters come together to create a storyline that will have audiences gripping the edges of their seats in anticipation, both excited and terrified to see just how events will play out in the dismal juvenile detention center.

“Christmas Carol” will be coming to the big screen in December.

In the meantime, watch Jinyoung in “Yumi’s Cells 2” below: