The official main poster for “The First Responders” has just been released!

Starring Kim Rae Won, Son Ho Jun, and Gong Seung Yeon, “The First Responders” is a drama about members of the police force, fire department, and paramedic team as they come together to help their city in any way they can. The drama highlights the teamwork these three departments work hard to maintain, and the star-studded cast has viewers waiting in anticipation to see just how this story will come to life.

In the newly released poster, our three heroes have finally all come together. They stare imposingly down at the camera as a fire appears to rage around them, thick plumes of smoke clouding above while the distant glow of emergency vehicle lights illuminate the dark space.

Jin Ho Gae (Kim Rae Won), a legend among the police department, stands at the very center, looking ready to chase after whatever criminal began this chaos. To his right, Bong Do Jin (Son Ho Jun) dons his firefighting gear, no doubt already formulating a plan to extinguish the blaze around them. Finally, compassionate and careful paramedic Song Seol (Gong Seung Yeon) stands ready with everything she may need to make sure her patients make it out alright. Viewers are already getting excited to see just how these three will come together to protect their city. 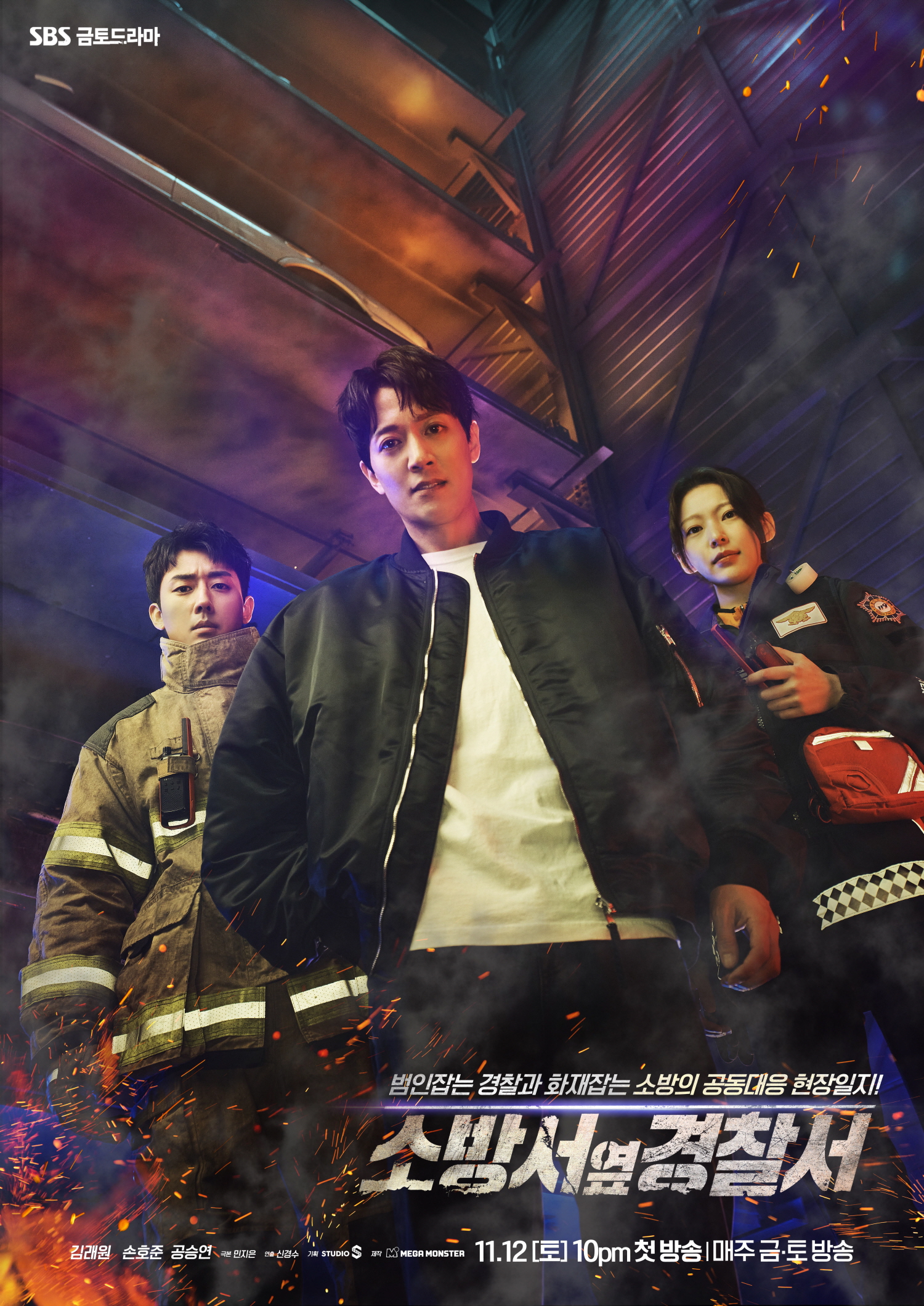 “The First Responders” will premiere on November 12 at 10 p.m. KST. Check out a teaser for the drama here!