Get ready for an awkward encounter on the next episode of KBS 2TV’s “Three Bold Siblings”!

Previously on “Three Bold Siblings,” Kim So Rim (Kim So Eun) fell into a panic when her cheating boyfriend Jo Nam Soo (Yang Dae Hyuk) suddenly broke up with her. Things got even worse when she went all the way to his house in the hopes of talking things out with him—and instead wound up being reported to the police as a stalker.

In newly released stills from the drama’s upcoming episode, Kim So Rim runs into Jo Nam Soo and Shin Ji Hye (Kim Ji Ahn) at Lee Sang Min (Moon Ye Won)’s wedding. While she initially wears a pleasant smile befitting of the occasion, her expression soon turns serious, raising the question of what could have happened to cause her thoughtful frown.

Meanwhile, Shin Ji Hye is noticeably plastered to Jo Nam Soo’s side as she gazes lovingly at him. However, another photo shows Jo Nam Soo looking considerably less happy as he hides behind some congratulatory flowers to secretly spy on someone. 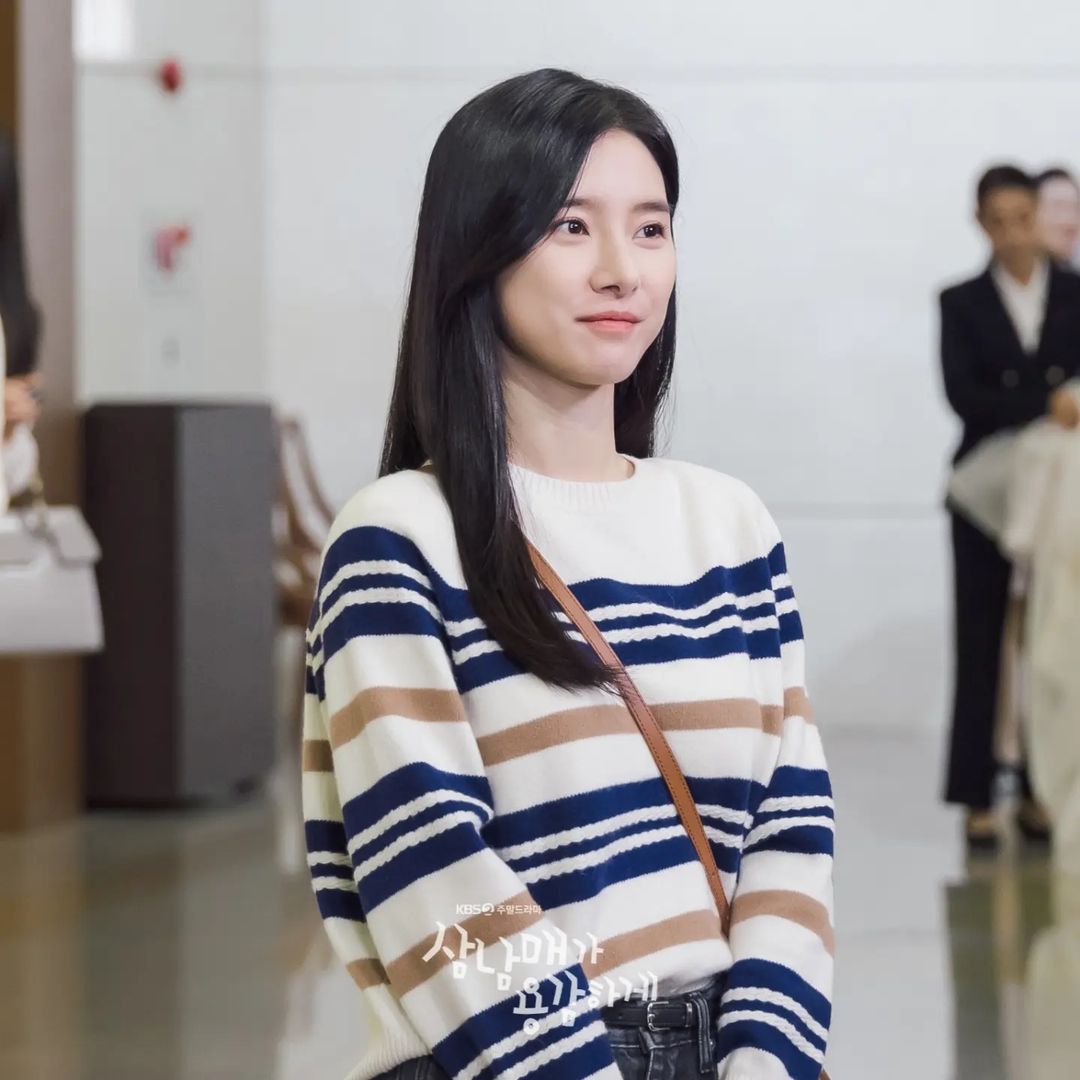 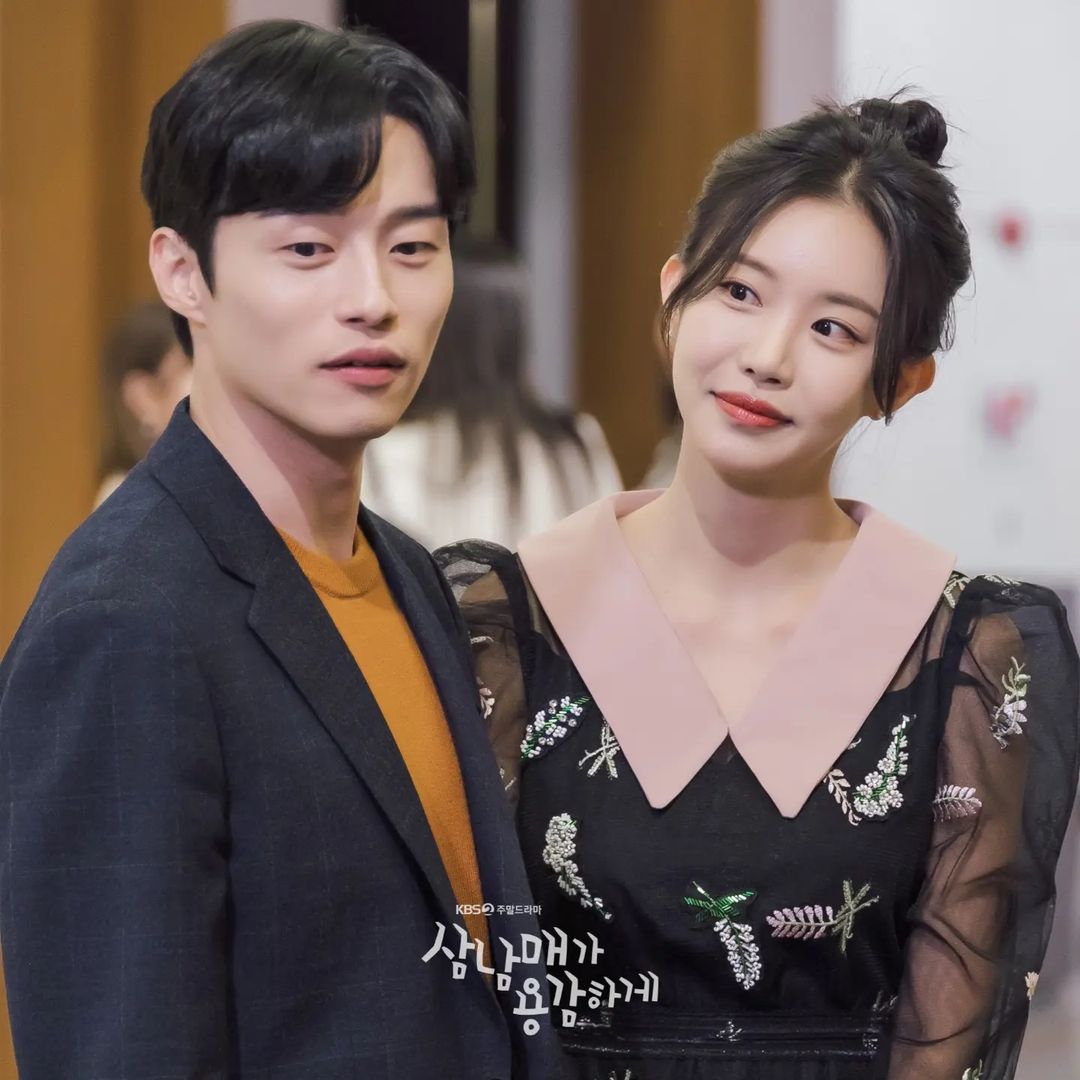 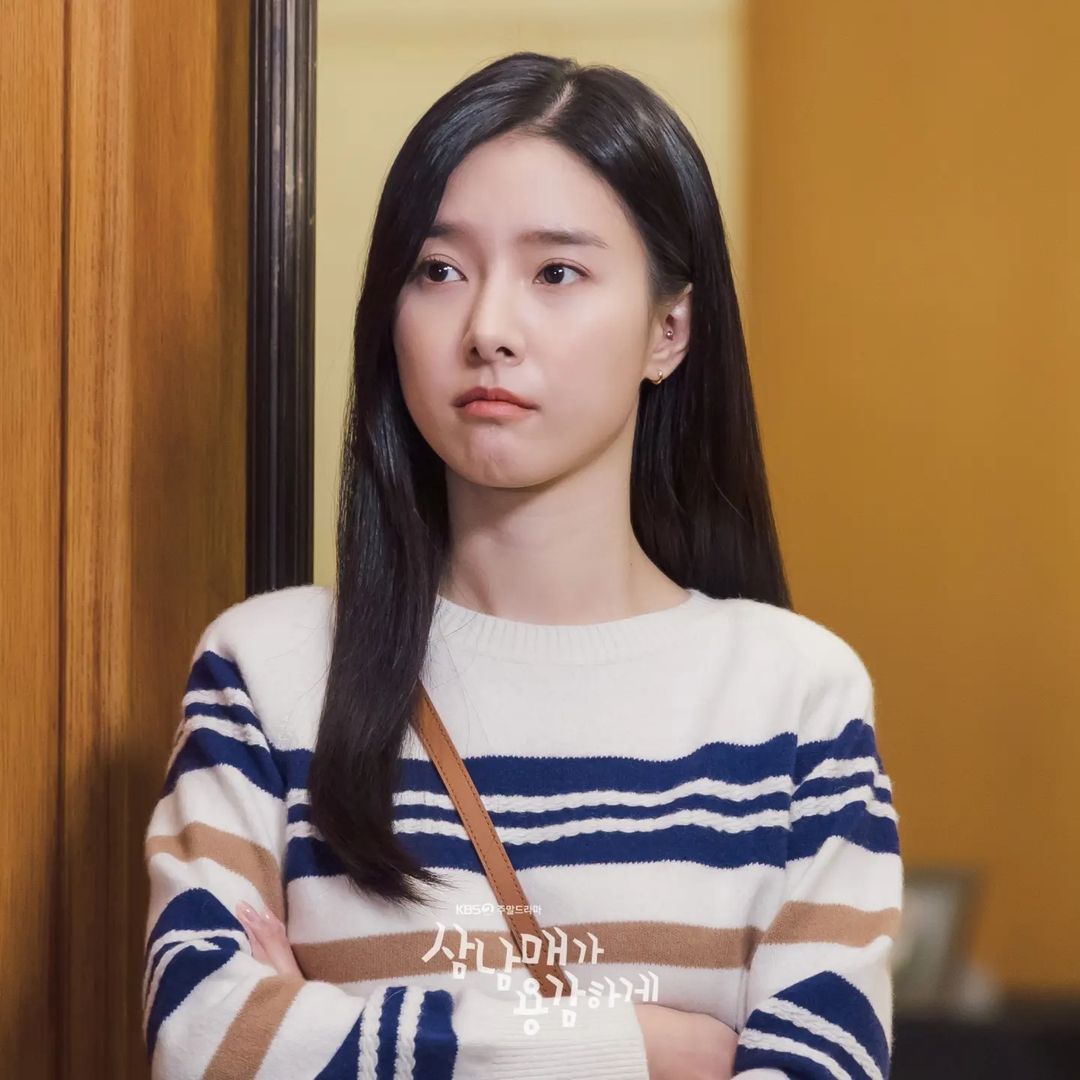 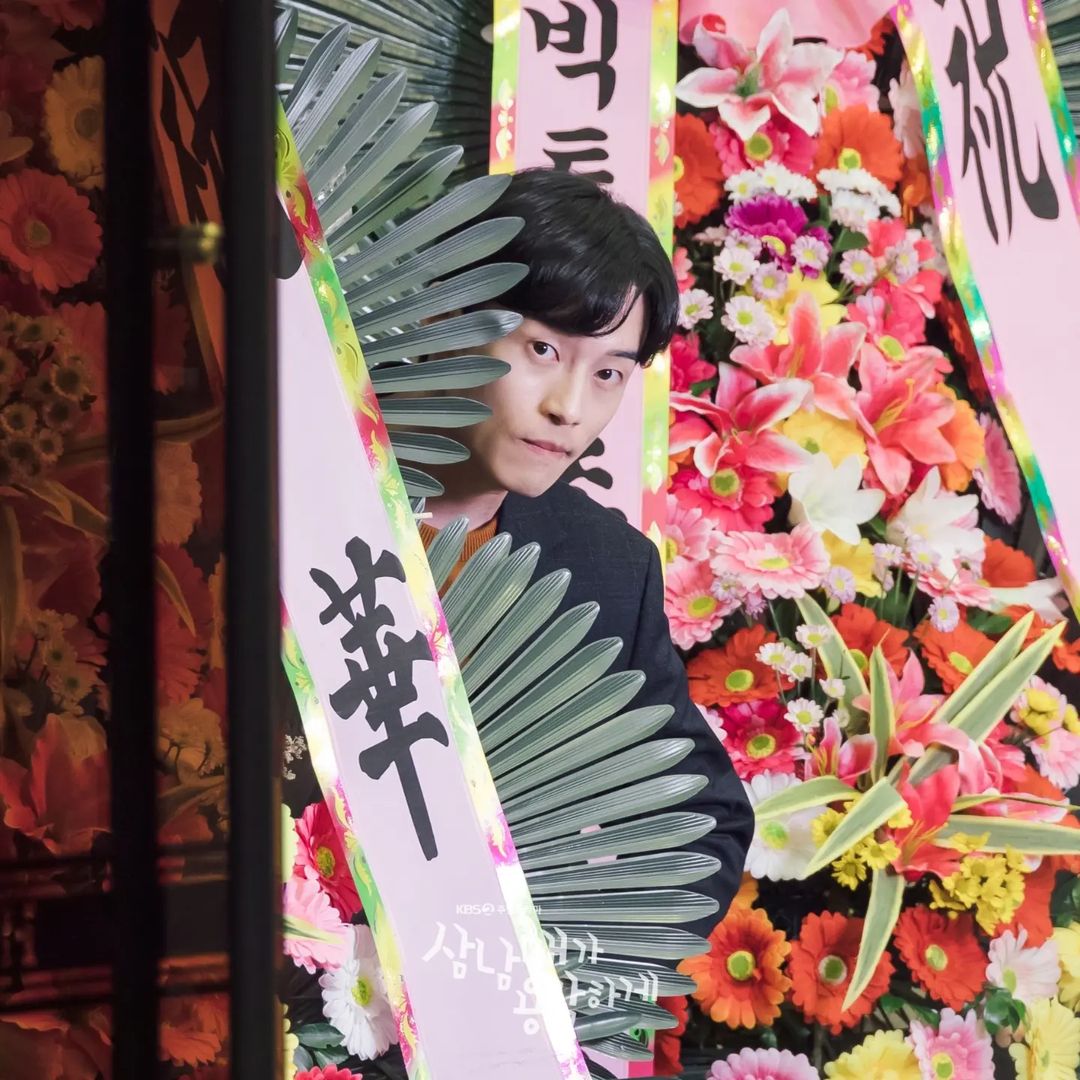 The producers of “Three Bold Siblings” teased, “In today’s episode, these three people will all show up at Lee Sang Min’s wedding, adding to the excitement of the story.”

“Please tune in to find out why Kim So Rim shows up at her nemesis’s wedding,” they continued, “as well as why Jo Nam Soo hides behind the congratulatory flowers.”

The next episode of “Three Bold Siblings” airs on November 5 at 8 p.m. KST.