Ahn Jae Wook will find himself torn between his responsibility as a stepfather and his duty as a lawyer on JTBC’s “The Empire”!

In the upcoming episode of the drama, Han Hye Ryul’s ex-husband Go Won Kyung (Kim Hyung Mook) will seek out Na Geun Woo in the hopes of saving his son Han Kang Baek (Kwon Ji Woo), who has become the prime suspect in Hong Nan Hee’s death. Although there is no concrete evidence of his guilt, both the media and public opinion have painted Han Kang Baek as a murderer based solely on the reason that he was her boyfriend.

With the situation looking bleak, Go Won Kyung personally visits Na Geun Woo in an attempt to rescue his son from danger. Although the two men are not on good terms, they do share the common desire to protect Han Kang Baek, and Go Won Kyung asks Na Geun Woo to keep his stepson safe by any means necessary.

Na Geun Woo initially has a hard time agreeing to Go Won Kyung’s request due to a wide variety of factors, including the fact that he has also been asked to defend a different suspect in the case. However, Go Won Kyung responds by revealing a piece of information that only he knows about just how much Han Kang Baek loves his stepfather—causing Na Geun Woo to fall deeper into his quandary as he is racked with guilt. 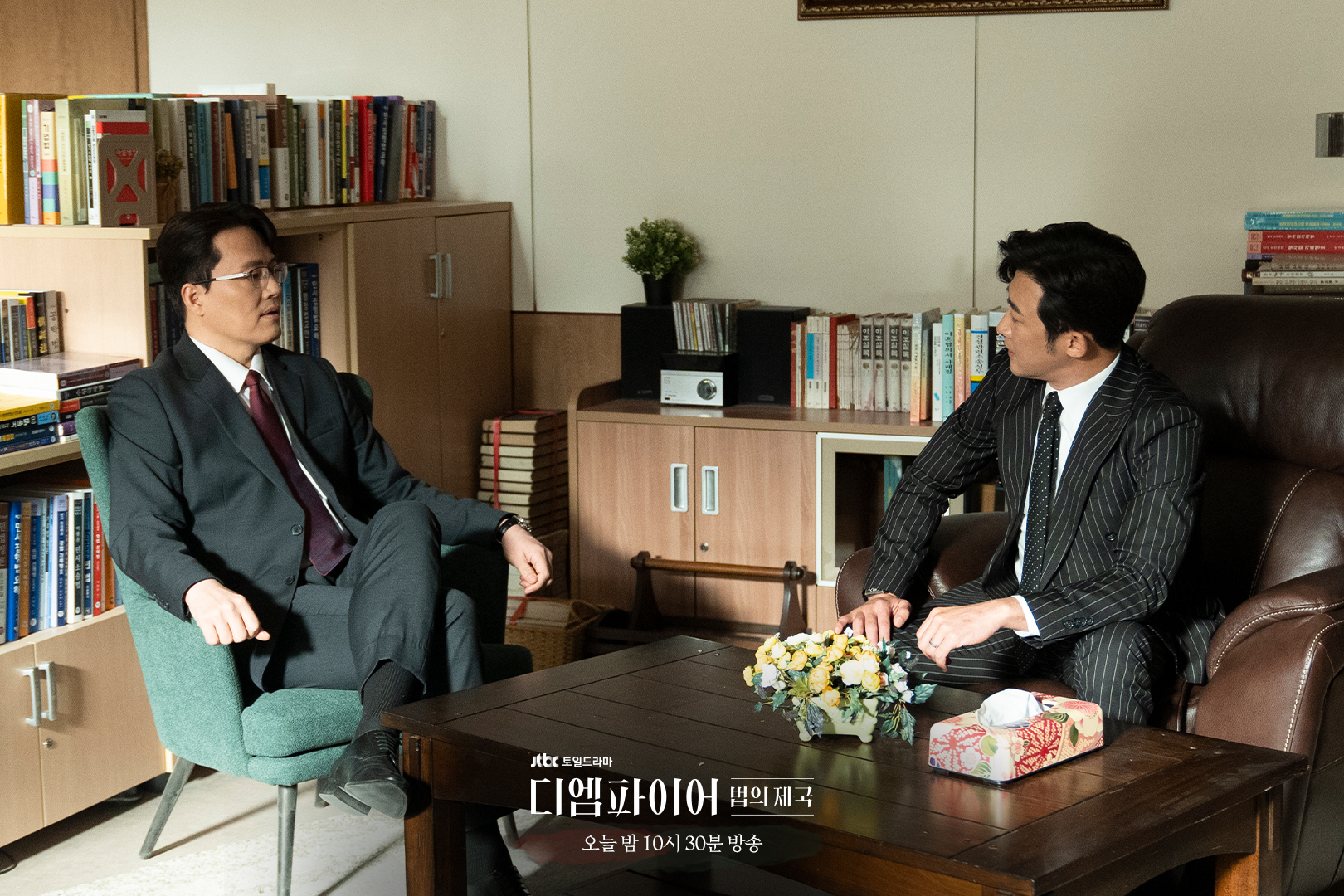 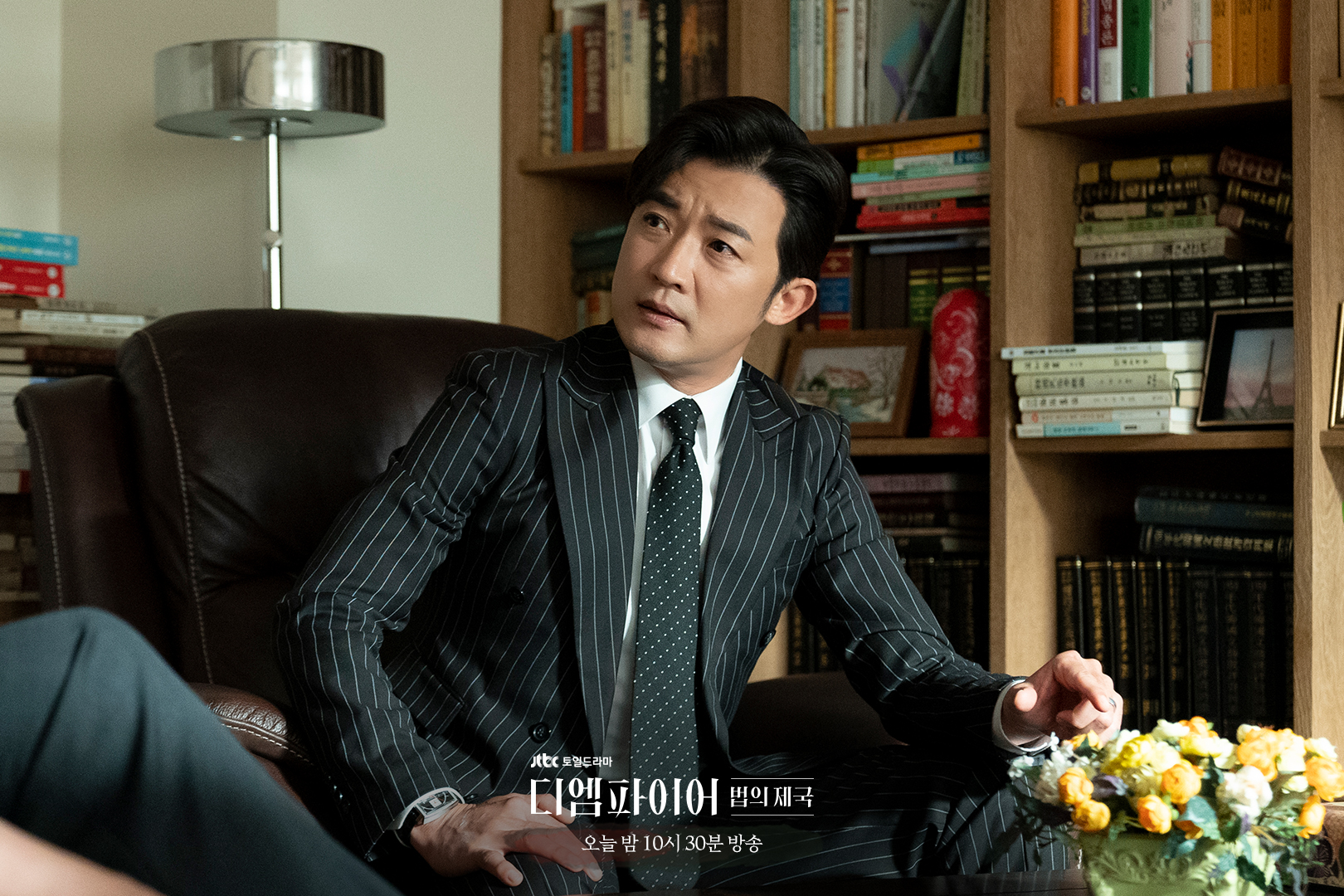 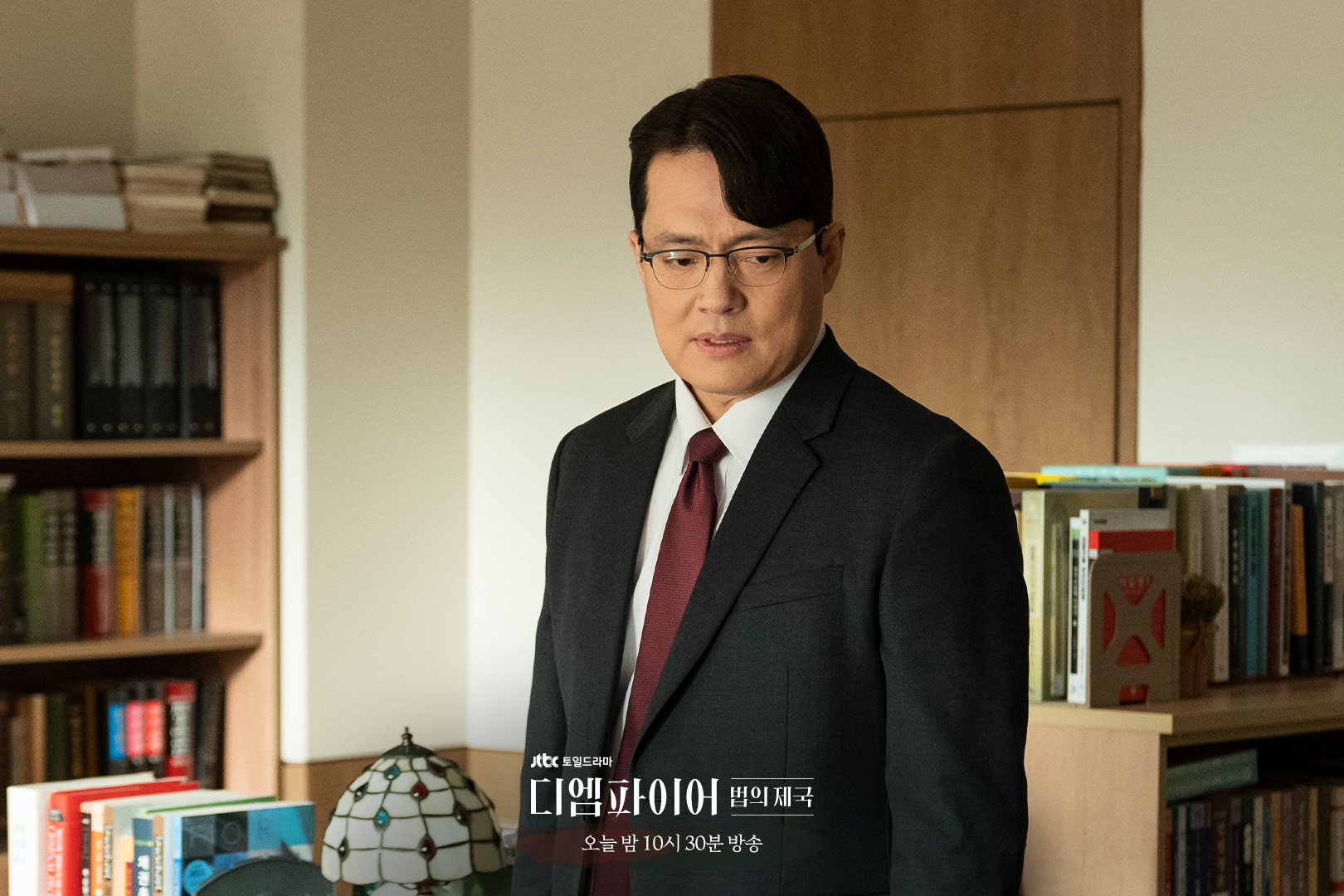 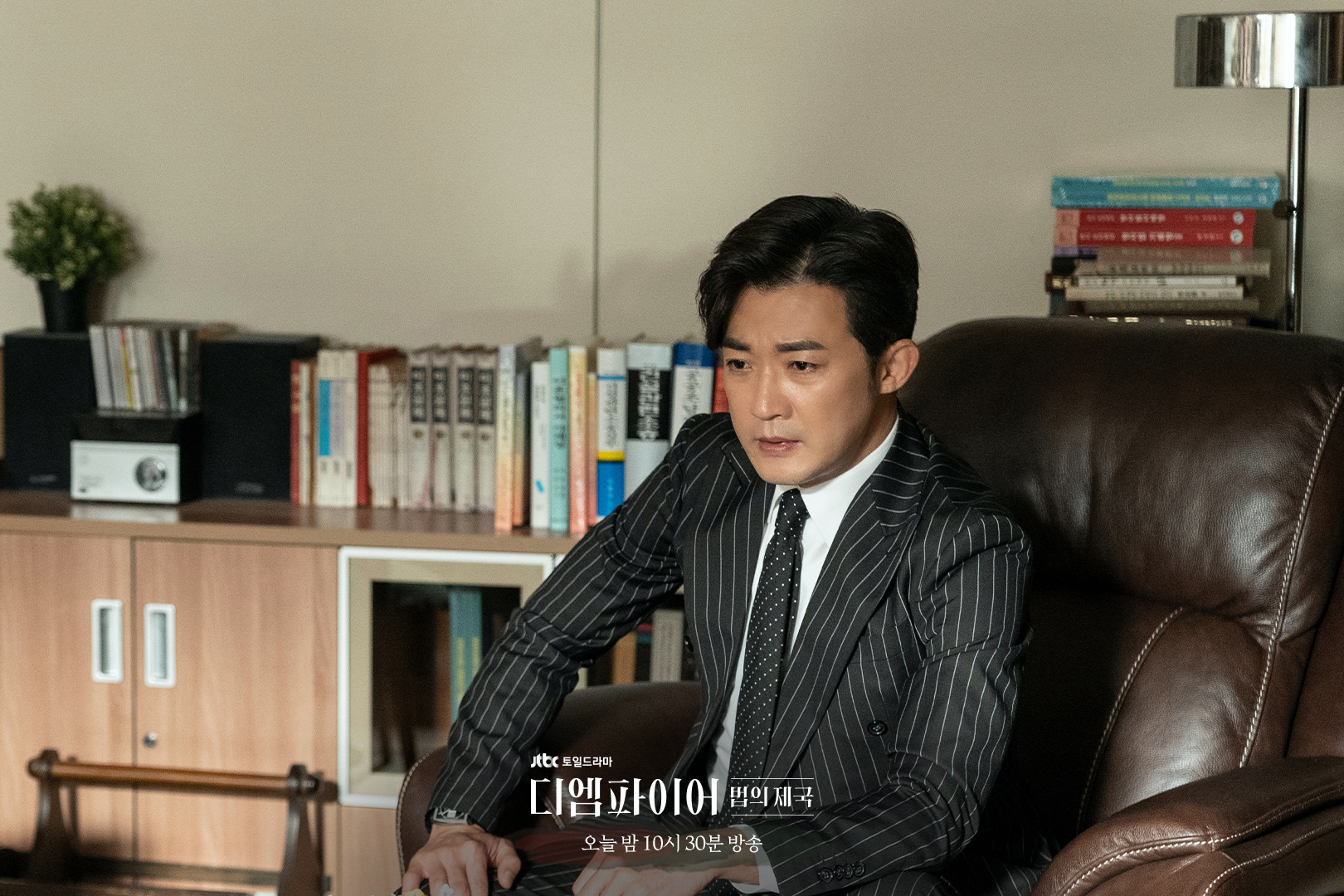 To find out what decision Na Geun Woo will make as a stepfather and a lawyer, tune in to the next episode of “The Empire” on November 5 at 10:30 p.m. KST!

Ahn Jae Wook
The Empire
Kim Hyung Mook
How does this article make you feel?